Choosing the perfect name for your female dog can be as difficult as naming your daughter.

It is the title they will respond to for the rest of their lives, the word they will ultimately come to associate with themselves. Unless your dog is adopted and already has her name, it can take a lot of deliberation to select something that really encompasses all parts of the personality that she displays nonverbally. Fortunately, it is a lot easier to be creative with naming a dog, with the added bonus of being able to choose names that would raise a few eyebrows if they were used to address a human. There are a plethora of fantastical names from television shows, astrology and even famous myths and legends to draw inspiration from.

For dogs living with children, a lot of owners choose names that are easier to pronounce. Others have extravagant names in full but respond to an abbreviated nickname for convenience. Here are one hundred of the best dog names for females, chosen for creativity and suitability. 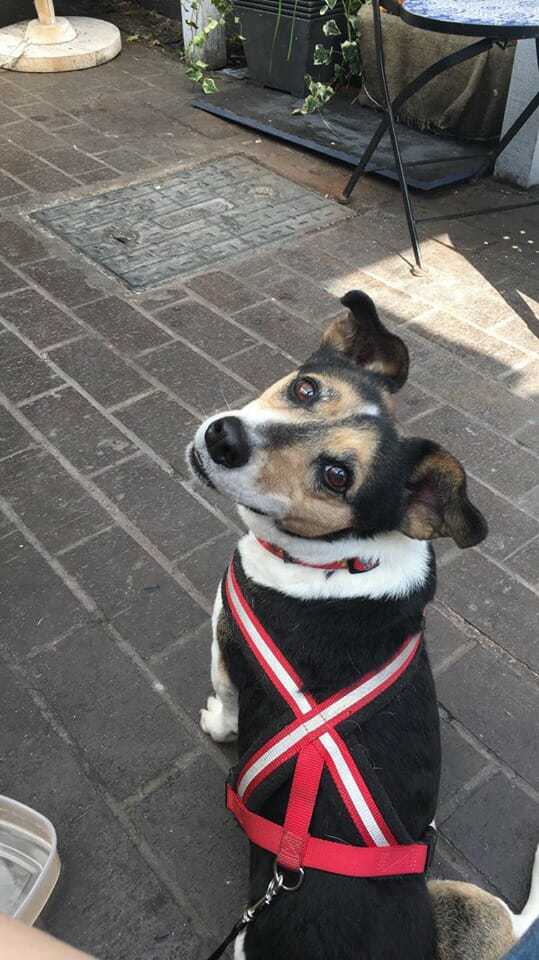 Finding the perfect name for your pooch can be a challenge.

Luna is a white German Shepherd who looks more wolf than canine. She is a playful and graceful dog with a tackling hug for every visitor who comes to the door. Luna was adopted as a puppy after her owner was told of the stigma sometimes associated with white German Shepherds, who can often be seen as undesirable compared to the more traditional bicolour German Shepherd.

Luna was named for the Latin word for the moon as well as an abbreviation of the English term ‘lunar.’ Due to her creamy white fur and almost wolf-like appearance, it is as fitting a name as any. In ancient Roman myth, Luna is the name of a goddess who symbolises the divine incarnation of the moon, a female complement of Sol, God of the Sun. It makes for beautiful, ethereal imagery, which compliments the elegance of this snow white German Shepherd. 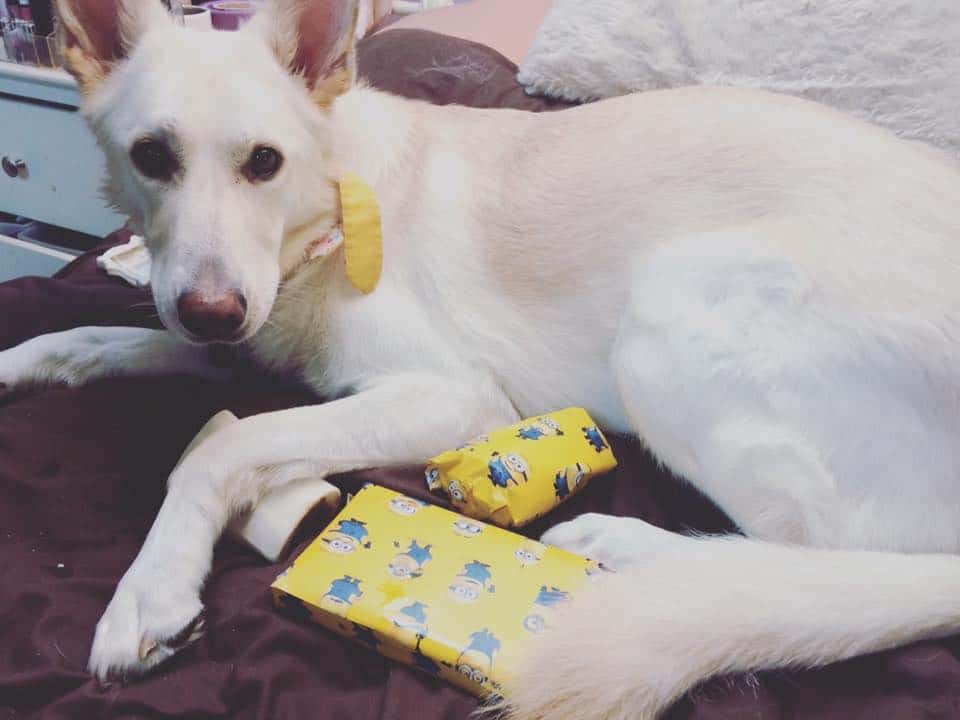 Luna derives her name from the Latin word for the moon.

Despite the popular fantasy television show drawing to a close earlier this year, the legacy of the HBO adaptation lives on. More than 4,500 Americans named their children after Game Of Thrones characters in 2018, and this trend has extended to the names of the nation’s dogs as well. Of all the many imaginative names, Arya has proved to be the most popular amongst audiences. Arya the Shar Pei cross flitted through a number of Thrones’ names as a puppy, including Daenerys, Sansa and Rhaenys, before eventually her owner realised she was most definitely an Arya.

The name, which was created by author George RR Martin as a more harsh-sounding alternative to contrast the elegantly eloquent Sansa, captures the mischievous aura of this dog who is powered by her canine instincts. It is an excellent conversation starter, easily recognisable to other fans of the series. Additionally it also invokes powerful fantastical imagery, setting this pooch apart from her peers. 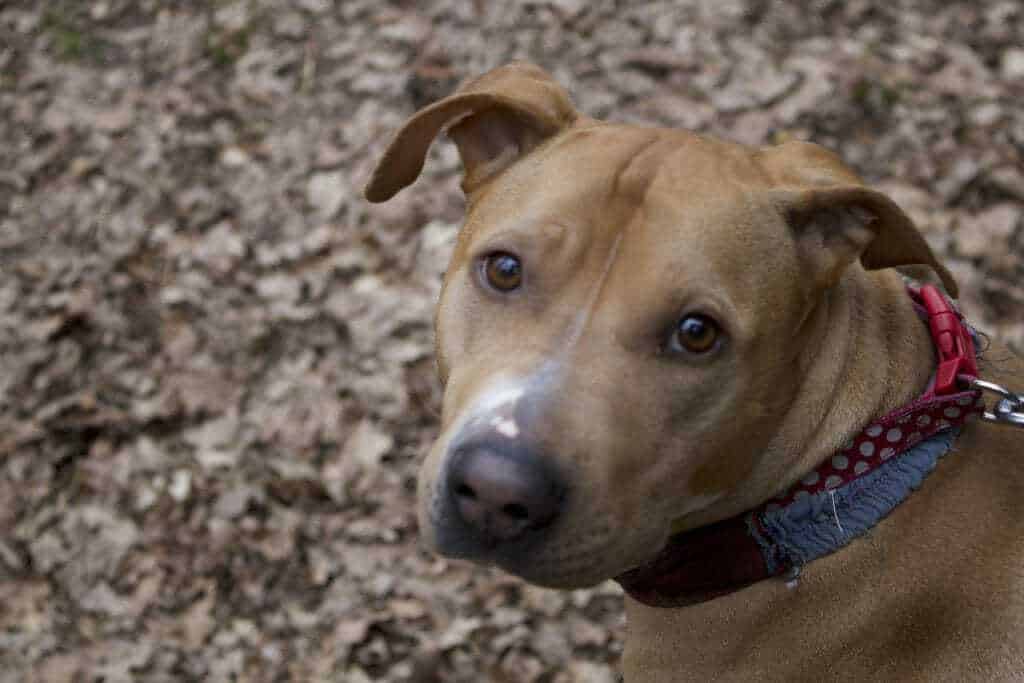 Game Of Thrones
Buy on Amazon

Sometimes, through a series of coincidences and well-timed events, it appears as though a dog chooses their own name.

This Jack Russell cross was originally called Penny when adopted by her owners as a puppy, though she refused to answer to the name. Her owners quickly deduced this name wasn’t meant to be and deliberated long and hard about what new title to call her, until she was named by the present moment itself as well-known anthem Ruby by English indie rock band Kaiser Chiefs played in the background.

If there is such a thing as a sign from the universe, then that is it. This adorable dog was christened Ruby henceforth after deciding that this name she would, in fact, respond to. 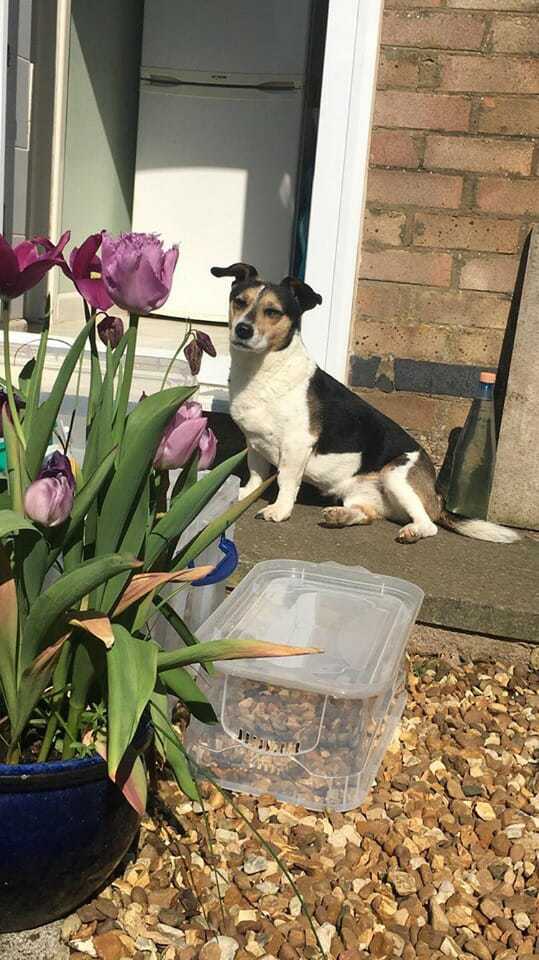 Ruby’s owners were struggling to think of a name when a song playing on the radio chose her name for her.

Although she had a different name during her puppy years, after being adopted by her current owners they quickly realised the rambunctious pooch needed a name which captured the endearing chaos of this canine. With Harley Quinn becoming increasingly popular and now a household name due to her live-action portrayal by Margot Robbie in 2016’s Suicide Squad, this shaggy haired dog was rechristened and has thus lived up to the playful antics of her namesake.

She loathes cats and adores walks. This Harley is, most likely, much warmer than her namesake however, as she truly loves affection more than anything else. 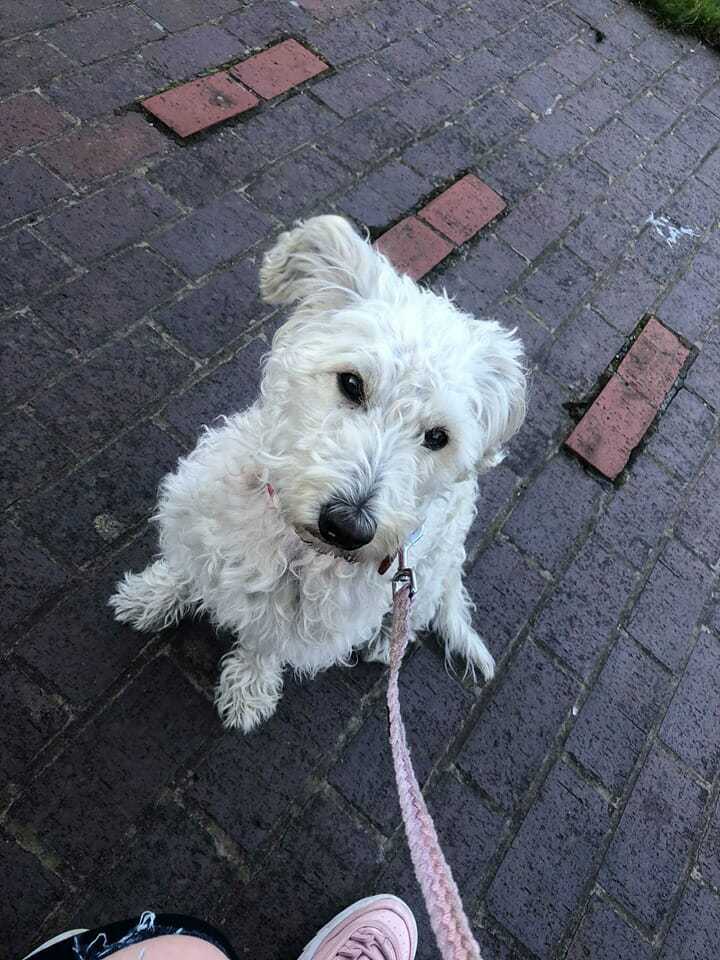 Angel lives with Harley and their owners as adopted pack mates and was the family’s first – but certainly not last – canine addition. Adopted at the age of one, she was originally named April by her breeder for the month she was born in. Angel’s new owners decided to rename her after the younger children struggled to pronounce her name, though wanted something that sounded similar so as not to confuse the young dog too much.

Like her adopted sister, Angel is named after a fictional character. Her owner is a long-time fan of nineties television show Buffy the Vampire Slayer, and was named after titular character Buffy Summers’ vampire love interest Angel.

This well-behaved Pug could not exemplify the angelic traits of her name anymore if she tried. She is a calm contrast to the high energy frequency of her sister, preferring cuddles and treats to hours of play in the garden. She has a loud snore and will curl up for nap-time cuddles for hours. 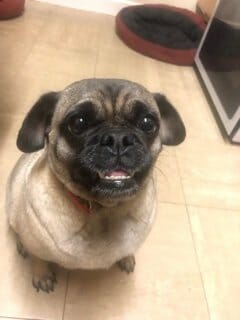 Angel was renamed so the children in her new family could better pronounce her name.

This is a more simple name but no less heroic, as the canine character in 2007’s I Am Legend proved that a dog’s company is invaluable. Sam the German Shepherd met a tragic end in the zombie horror movie starring Will Smith, but her tenacity captured the hearts of audiences. One of the dogs who played her, Abbey, is now fourteen years old. 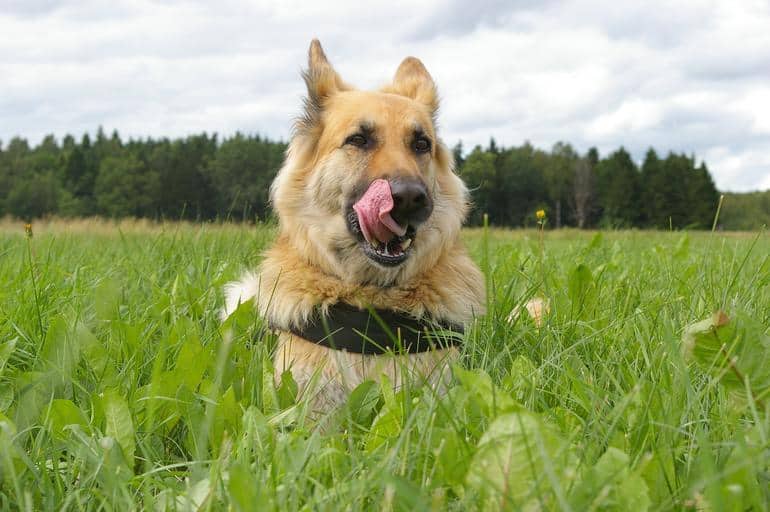 Samantha from I Am Legend inspired many fellow German Shepherds’ names.

I Am Legend
Buy on Amazon

This is an elegant name meaning beautiful in Italian and Latin. This name also saw an increase in popularity due to the release of the Twilight series, as the protagonist of the vampire love story shared the name.

This is a classic name that has proven timeless, as many female dogs recycle the name throughout the years despite the changes in popular culture. Some of the credibility for this must go to the 1955 Walt Disney animated film Lady and the Tramp. 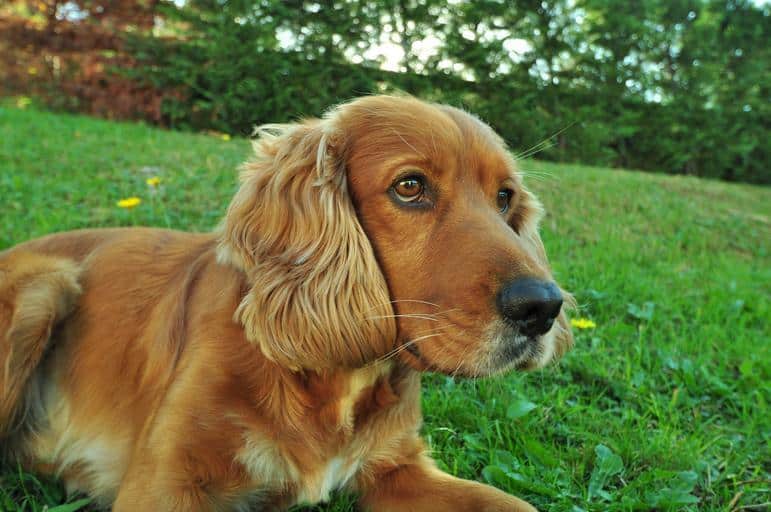 Lady is a classic, timeless name for a female dog.

Names derived from natural, worldly origins have an ethereal vibe and grace to them. This name would suit a classically beautiful, soft-tempered female dog – though it’s certainly not possible to guarantee your dog’s adult personality entirely as a puppy.

This is another great example of an ageless, archetypal name for a female dog. The name Penny is an old English abbreviation for Penelope, which is derived from Greek origins. It can also be said that many fans of music icons ‘The Beatles’ may have named their dogs after their popular hit song Penny Lane. 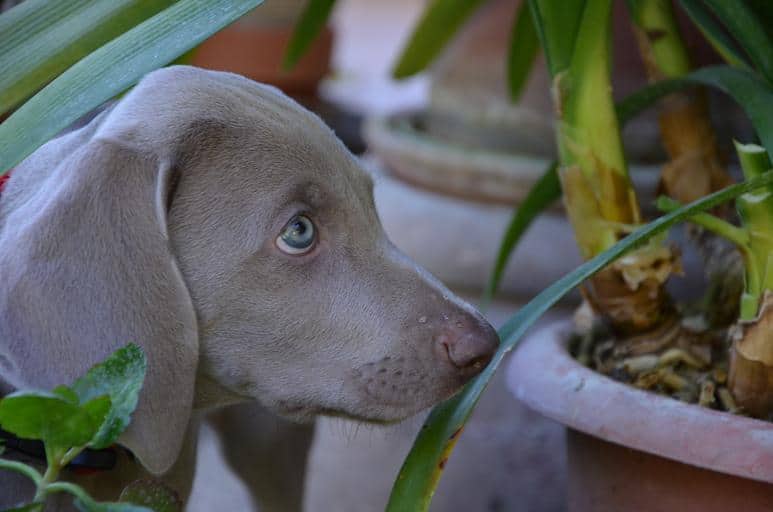 Penny is another example of an ageless name for a female dog.

Many people want a bold and impactful name when thinking of a title for their large female dog. Something that retains a softer, feminine lilt is often preferable. Though it may be humorous to name a big dog ironically, generally a strong name with emphasised consonants is desired. 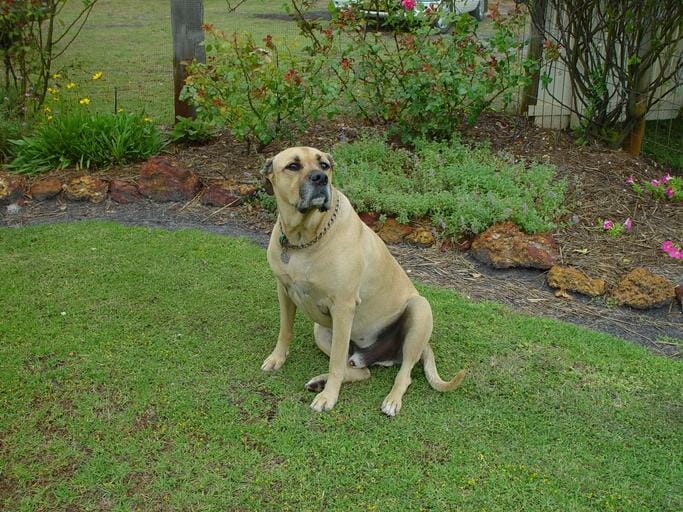 The opposite tends to occur with smaller dogs, as more often than not owners with small female dogs opt for something short and sweet. For very small dogs such as Chihuahuas, owners usually go with something that sounds delicate and gentle – though it can provide just as much comedic convenience to name a miniscule dog something along the lines of Biggie. 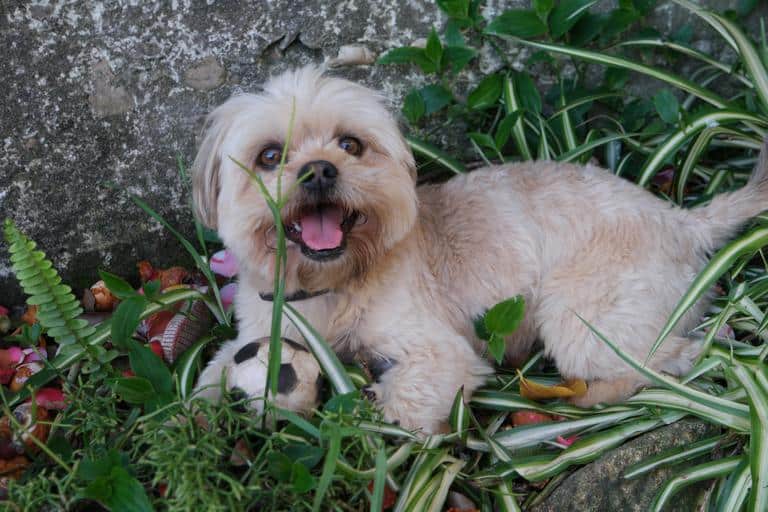 Small dogs often names that are short and sweet – like they are.

The most out-of-the-ordinary and striking names tends to be derived from media and popular culture. It is a great conversation starter with fellow fans and dog owners who may eagerly recognise your dog’s namesake. Take care when naming a dog after a fictional character, however, as it is easy to change your opinion about a film or television show with each passing sequel or new season. 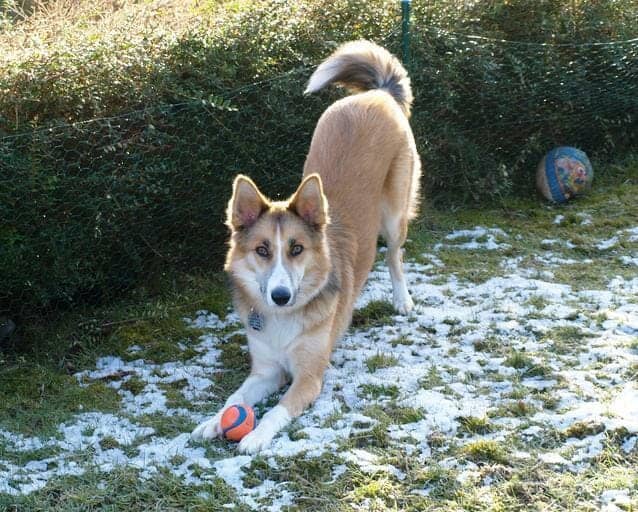 Naming a dog after a fictional character can be a good conversation starter amongst fellow dog owners.

Sometimes owners prefer a name that is more timeless and, ultimately, human. A less extravagant name can be perfect for dog owners who wish to name their canine as though they truly are another child in the family. 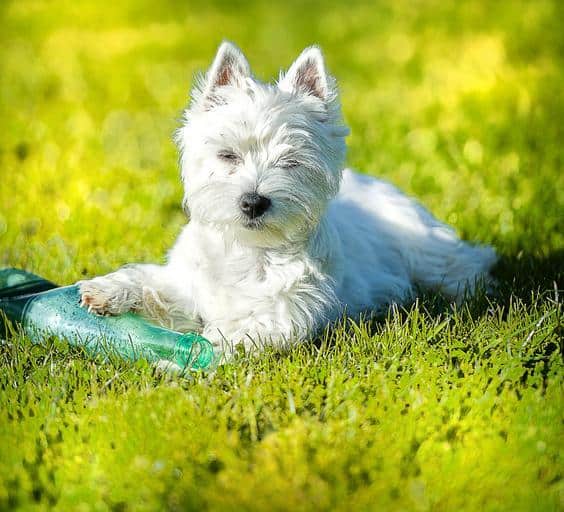 Some owners opt for names for their dogs that are more human-like.

The natural world provides prospective dog owners with copious material when it comes to ethereal, elegant-sounding names for female dogs. Whether named for flowers, trees or even herbs, looking to nature can be a wonderful point of inspiration when choosing a name for your dog. 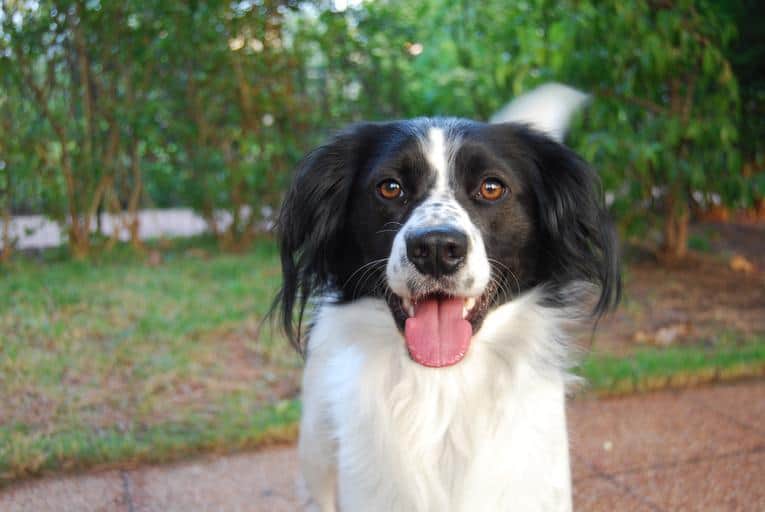 Names drawn from nature are both otherworldly and unique.

Mythology can be another source of great inspiration when choosing a name for your female dog that people will remember. Myths and legends from Ancient Greece, Rome and Egypt have a number of intriguing female figures with memorable names. 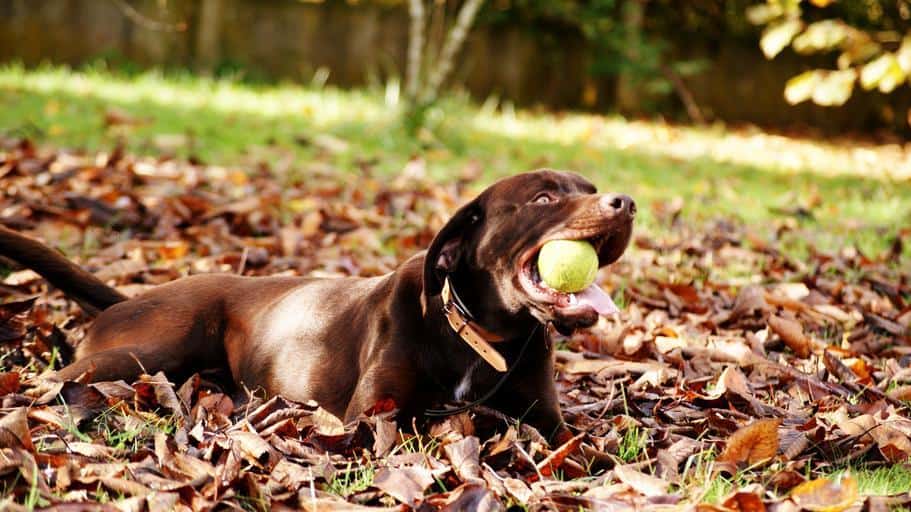 Mythology from across the globe can be a great source of inspiration for dog names.

Bully breeds are one of the most popular breeds of dogs with owners in Britain. Due to the bully breed having such a distinctive look, finding a name that matches them can be a challenge. Luckily there are a number of popular and interesting names to choose from.

Bully breeds are distinctive dogs with names to match.

Names that come across as genuinely original and unique can be hard to decide on. Many owners look to names that may have fallen out of fashion or conjure some otherworldly imagery for inspiration. These names for female dogs leave an impression. 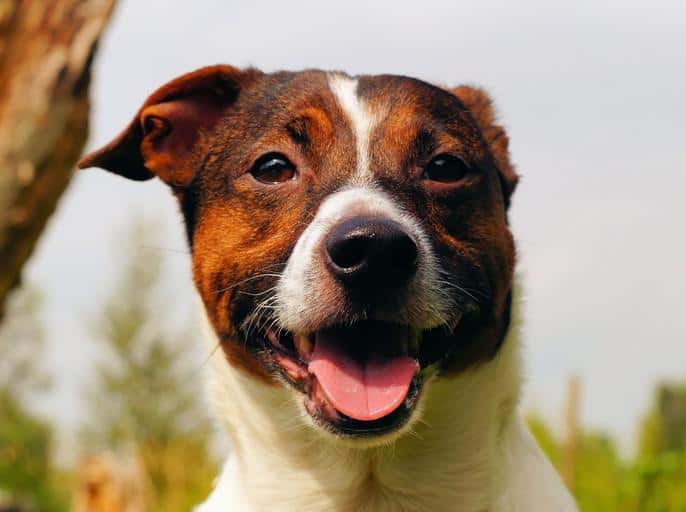 Like bully breeds, German Shepherds are a popular breed of dog who stand out with their own remarkable individuality. They are often used as working dogs due to their intelligence and perseverance, though just as many are likely cuddly giants. 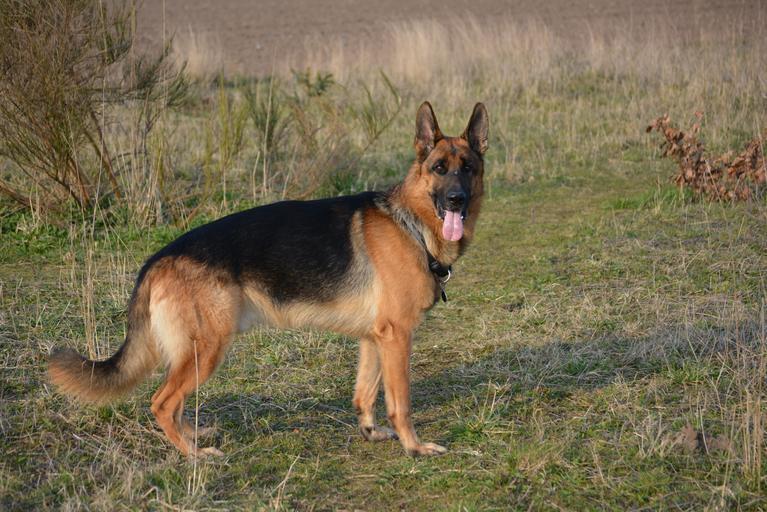 German Shepherds need to have names that match their personalities 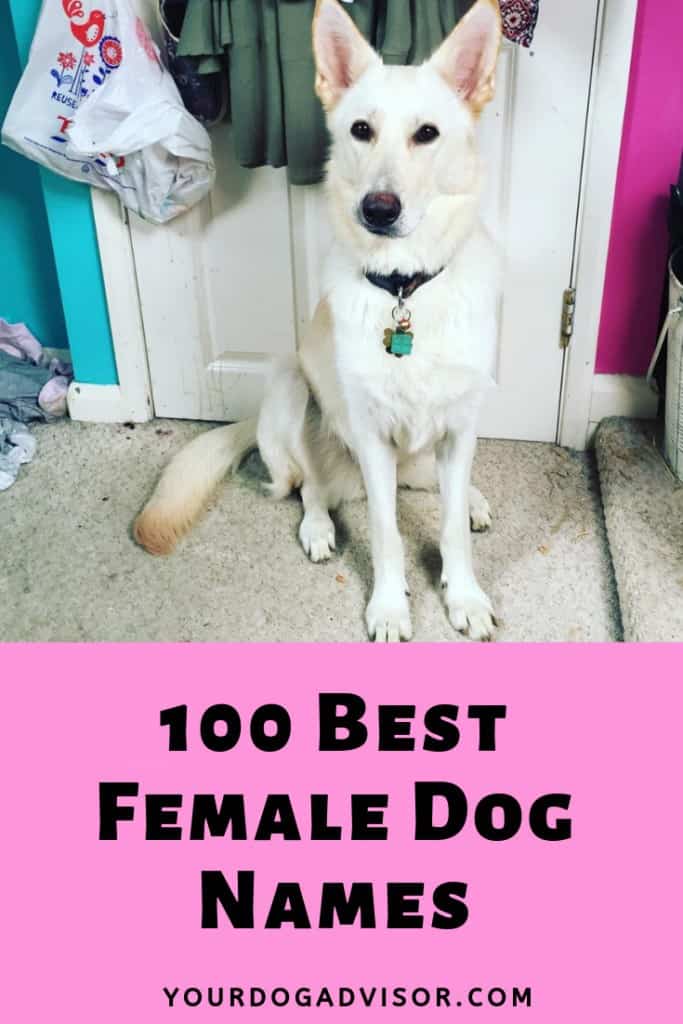