The Jack Russell Terrier is an energetic and very lively dog. They seem to have so much energy that they can keep running and playing all day and half of the night if you let them. These dogs are also very smart. These dog breeds learn their names while they are still very young and can learn tricks easily. They are also good at learning commands you give them. Just be careful, though, they will run your life if you let them. Keep reading to learn some interesting facts about the Jack Russell Terrier. 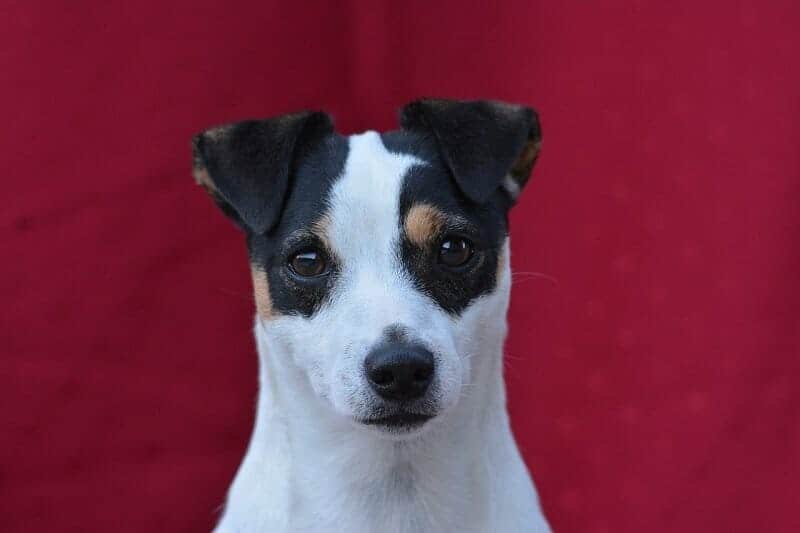 There Are Different Breeds 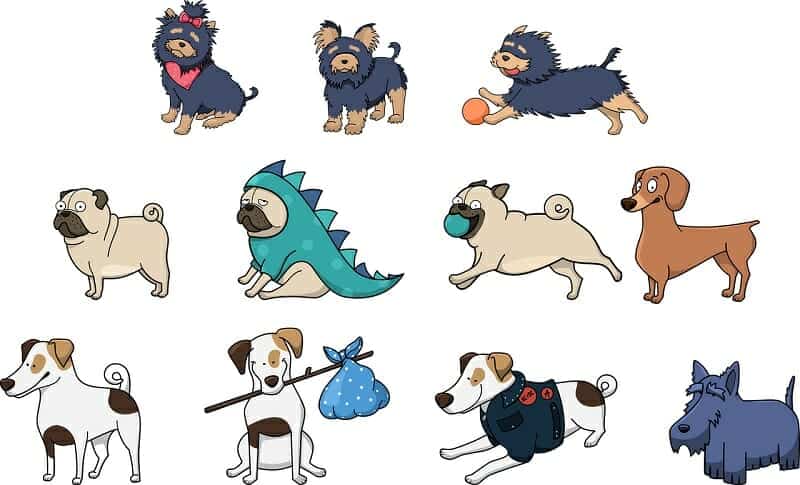 They Are Very Smart 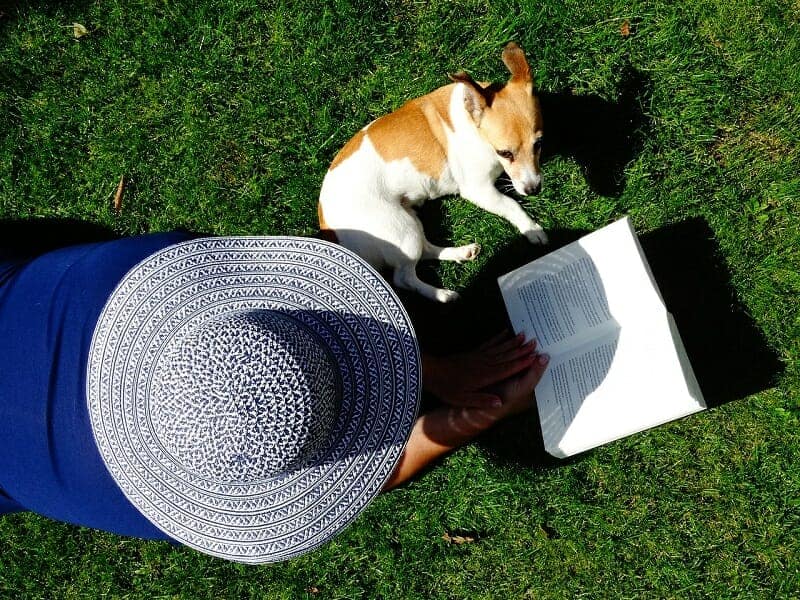 Jack Russell Terriers are very smart dogs. You give them one command a few times and the terrier understands it almost right away. These smarty pant dog breeds like to explore also and will figure out things quickly. For example, two of my dogs learned how to get out of the fenced in yard we have for them so we had to fix it so they couldn’t get out. Not only this, but my dogs also know how to unlock the gate in our house that we have between the living room and the hallway.

We use a baby gate to keep them from going upstairs and getting into shenanigans but when we aren’t home, they always end up getting through that gate and are coming down the stairs when we get home. They do this so they can act like they weren’t really up there, after all. 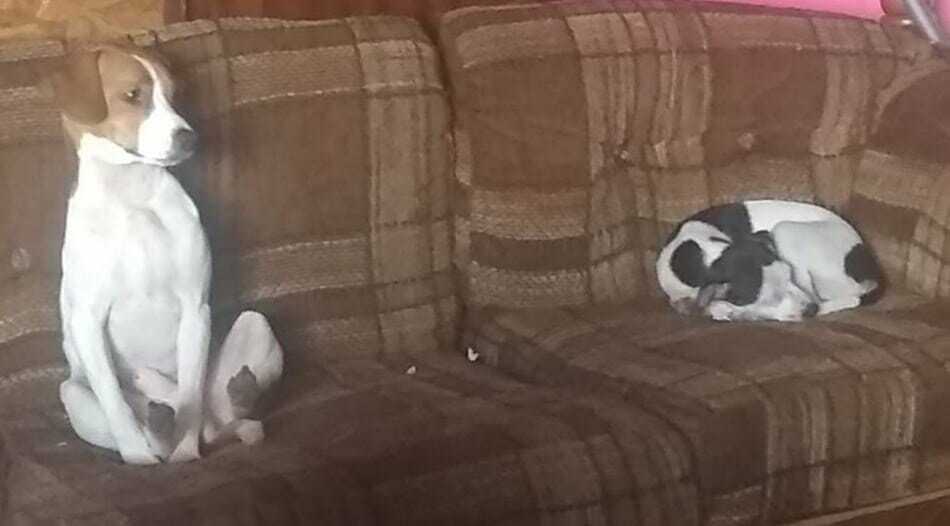 Not only does being smart mean they are easily trainable but it also means the terrier needs to be stimulated physically all day long. This brings me to my next fact so keep reading to learn more.

They Are Highly Energetic 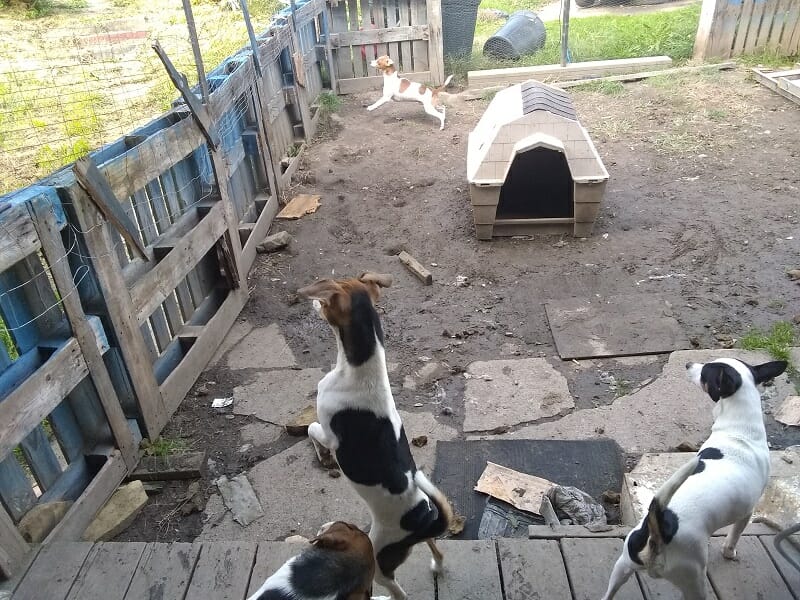 The Jack Russell Terrier is very energetic and are definitely not the type to sit quietly in a corner. Because of this, be ready to run after them when they pick something up that they aren’t supposed to have or when they get out of the fence. If they do get out of the fence, however, they will usually come right back when they hear their name because, after all, they know where they are fed, who feeds them, and who takes care of them and loves them.

If you leave them home alone, make sure to put everything up that you don’t want them to have because these lovely, and highly energetic dogs have been known to wreak havoc when left alone and when they are bored.

They Can Jump Really High 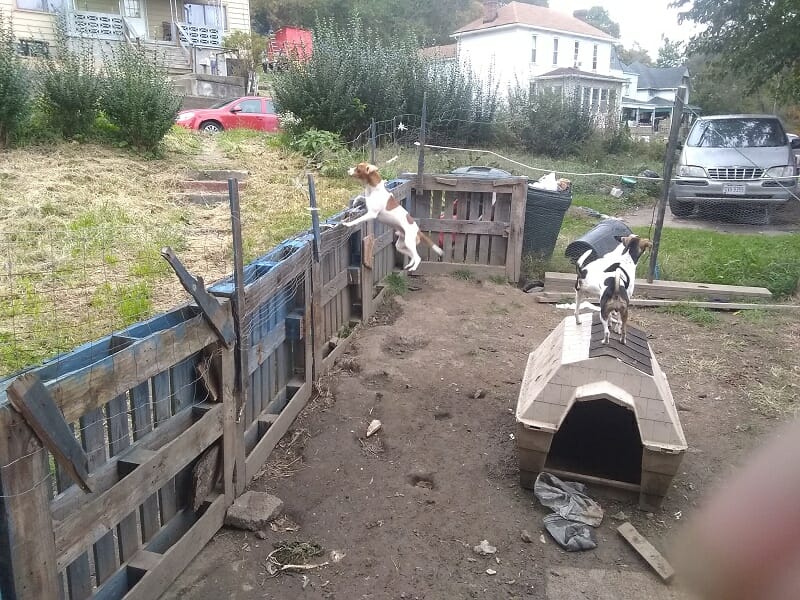 These dogs are not just energetic and highly intelligent dogs but because of these two facts about them, they can also jump five feet in the air. One of my Jack Russells is a really high jumper. When the terrier sees someone walking up or down the hill here at home, you will know it because he will jump up almost as high as the fence. Because he jumps this high, we had to make our fence even taller to keep him in because when my husband first built the fence, it wasn’t high enough and C.J was constantly jumping out when he saw someone walking past our house. I even had someone compliment him before saying, “Man, that dog can jump really high!”

They Really Love to Dig 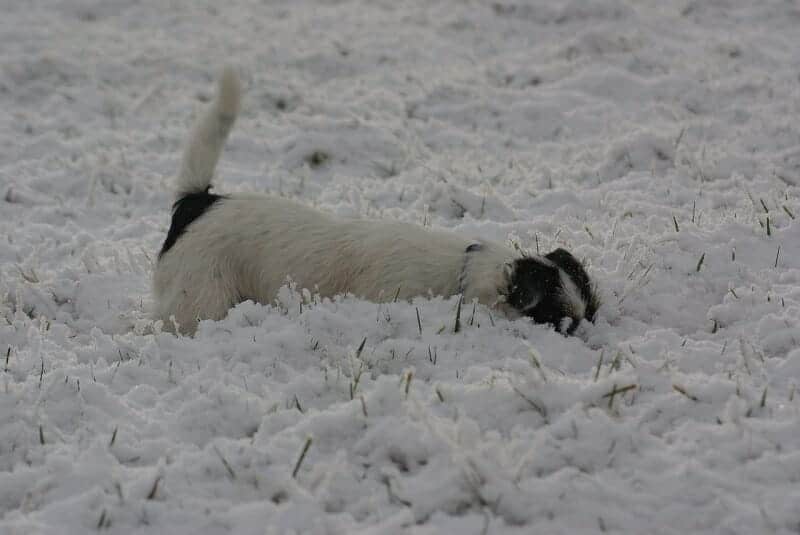 Terriers Love to Dig, Even in the Snow

These dogs really love to dig holes. Believe me, I have to watch where I walk through the fence to get to my car so I don’t step in one and break my ankle. Ever since my husband built the fence for them to get all of their lots of energy out during the day outside, there are a lot of holes out there now. And, there is no sense in filling them in because they will just dig them out again.

I have a female terrier that especially loves to dig and when the others see her doing it, they start doing it too because it just looks like so much fun to them. Sometimes I wonder if they are trying to dig their way to another country!

The Terrier Has Been Around Since the 1800s 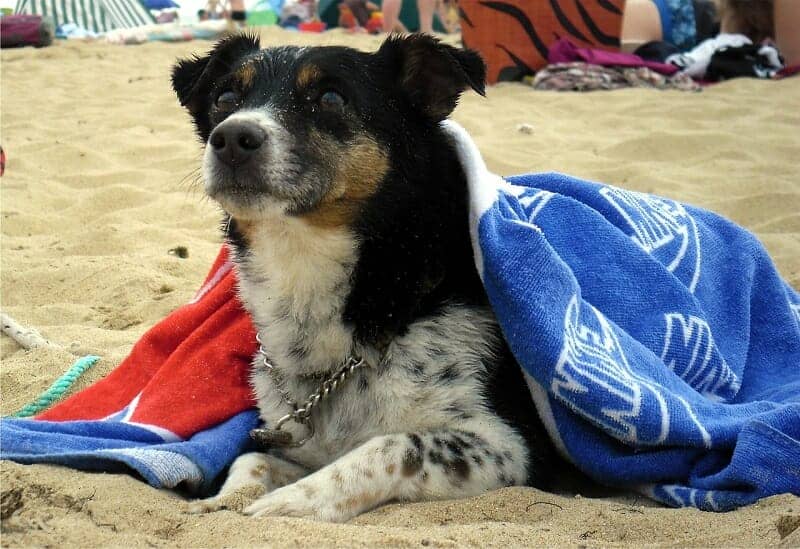 The Jack Russell Terrier was bred in 1819 by one man. John Russell, hence the name, otherwise known as the Sporting Parson, (get it?) was a priest back in 1819 from Devon, England. He was looking for a hunting companion since he loved a good foxhunt. He was looking for the perfect working terrier to help him. In 1819 he did find the perfect dog who could help him when he met the milkman’s dog by the name of Trump.

Trump was a British White Terrier and had a thick wiry coat and brown spots on her ears, eyes, and nose. She eventually went on to become the matriarch to the breed John Russell created, called the Jack Russell Terrier. However, the records don’t exactly show what other terriers were used in the breeding but it is believed that one of them was a White Terrier which is now extinct.

The Terrier Is Not Registered With The American Kennel Club 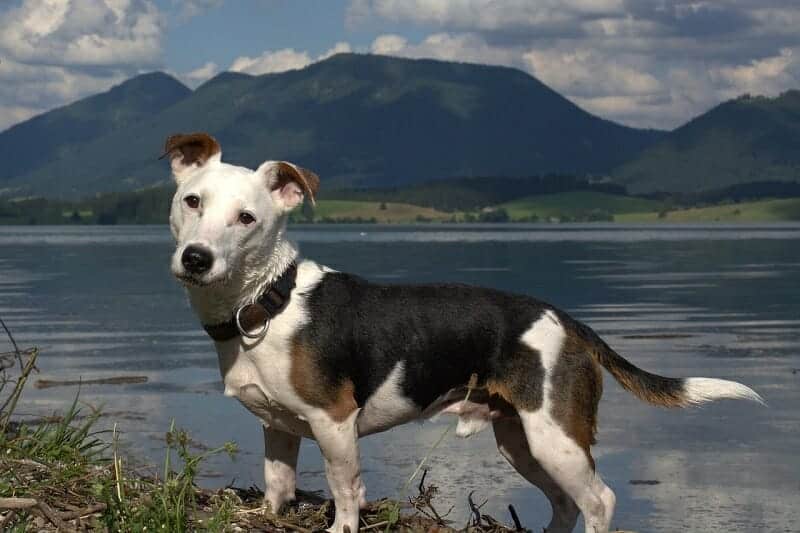 The Terrier Can be Sensitive to the Sun 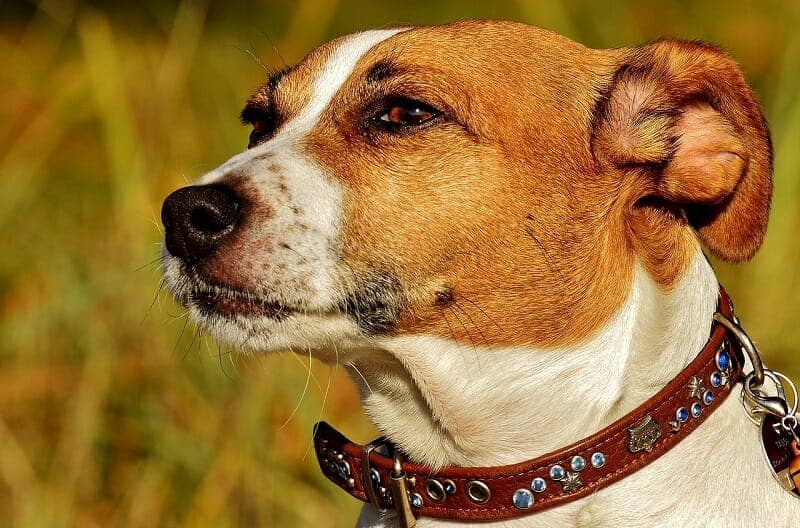 Because of Their Light Colored Coat, The Jack Russell is Sensitive to The Sun

Make sure to grab the sunscreen before letting your terrier outside in the sun. Dogs are already sensitive to the sun as it is but this dog is especially sensitive because of their light coats, Although they love nothing more to play in the sun, be careful. Just because they have fur, doesn’t mean they can’t get a sunburn too like we humans do. Add a thick slathering of sunscreen to your dogs coat before you let them play out in the sun. If they do get a little pink from the sun, there are special kinds of aloe just for dogs you can buy to help ease their pain from the sunburn.

The Terrier Has Three Different Types of Coats 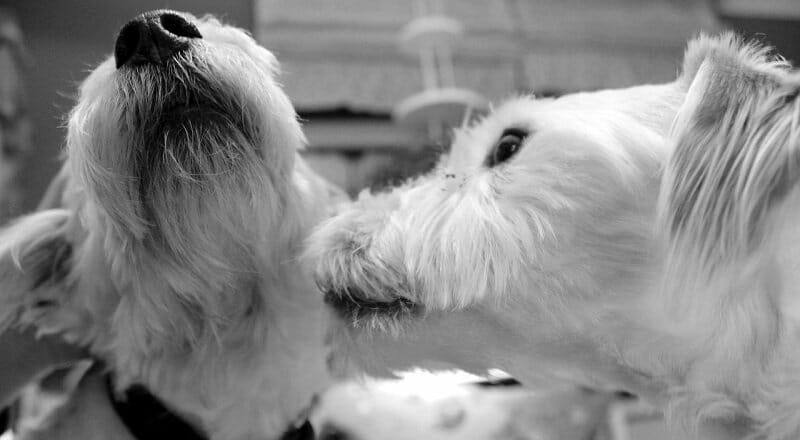 Did you know the Jack Russell Terrier breed comes with three different coat types? They are all waterproof too. They include smooth coats that provide short hair that clings to their body, rough coats come with long hair, and broken coats are a mixture of both of the previous ones mentioned.

Now that you know these 9 interesting facts about the Jack Russell Terrier dog breed, don’t these fun facts make you want to own a terrier of your own?