There is no dog breed quite like the German Shepherd dog breed. These incredible, versatile, intelligent dogs are super special, and if you’re here reading this article, then chances are you already know that.

In fact, we are willing to bet you are looking to introduce a German Shepherd dog or puppy into your home in the near future! If that’s the case, congratulations!

And also, you’re in for a treat.

Preparing for a new puppy means dog proofing your home and picking out lots of puppy essentials – as well as picking out the perfect puppy name!

Well, lucky for you we just adore them and have compiled a list of 250 perfect names for this beautiful breed!

But before we begin, let’s talk about naming and go over any rules or guidelines there may be when it comes to naming a dog in general.

Are There Rules to Picking A Good German Shepherd Name? 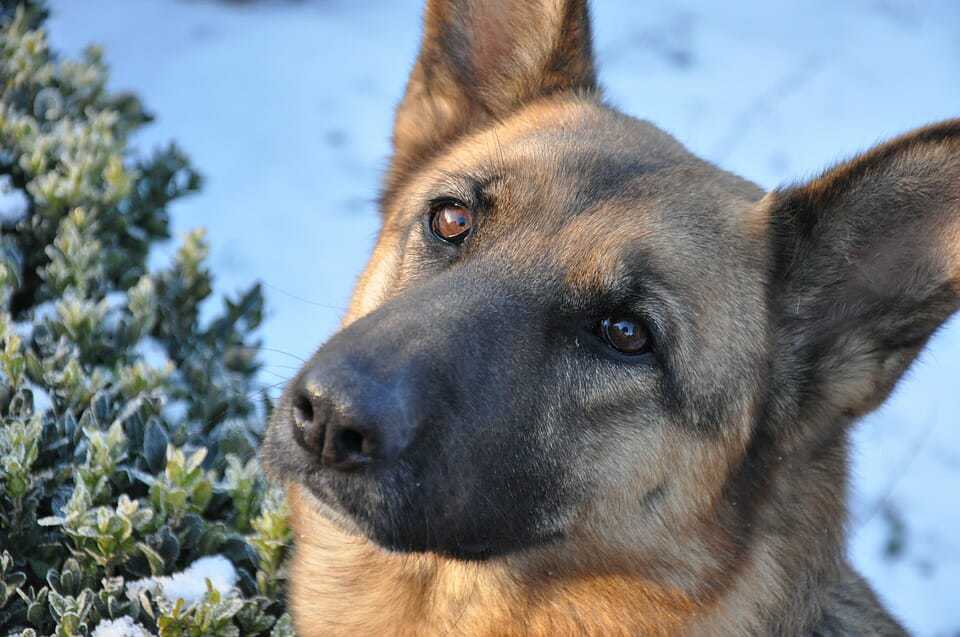 When it comes to naming your German Shepherd, there really are no rules.

One of the things we love most about German Shepherds is that they are incredibly intelligent. This dog breed is a known working dog and is in fact still one of the most popular dog breeds around for military and police work.

And since they are so smart and popular, teaching them their name should be a breeze. Still, there are a few things you may want to consider before deciding on a name for your new popular furry family member.

While there are really no rules to naming your dog, (after all, it is your dog), there are some guidelines experts recommend dog owners consider.

For starters, consider yourself. Keep in mind that you will be using your dog’s name repeatedly over the span of his entire life. This means that while you may think that a funny name like Poopie Mc Pooper (please don’t name your dog that) is hilarious in the moment, there is a very good chance you could outgrow this name or become tired of it or even embarrassed to use it in public.

See what we mean? That could get old real quick.

Another thing to consider is your dog himself. The German Shepherd may be smart, but he’s still a dog, and did you know that most dogs tend to latch onto names quicker when they are less than three syllables or longer than one syllable?

This means that names like Rover, Bailey, and Charlie may stick quicker with your German Shepherd whereas names like Dahlia or Max may take him a bit longer to figure out.

So, what is the moral of the story? If you want your German Shepherd to learn his name ASAP, stick with a name he is most likely to get right away – like a name that only has two syllables.

But what if your dream German Shepherd name is Alexander?

Don’t worry! You can always name your dog your dream name and then call him by a nicknames. We also want to note that just because most dogs tend to learn two syllable names faster, doesn’t mean your dog can’t learn a three syllable name or a one syllable name.

It may just take you a little extra time to teach it to him.

And last but not least, remember that the process of naming your German Shepherd is your first step towards bonding with him. Giving your dog a name is like your official way of saying “welcome to the family”.

And speaking of family, it’s always a good idea to make naming your German Shepherd a family affair!

If you have children, involving them in the naming process of your new German Shepherd dog or puppy can help them to feel closer to their new family dog, and in turn help them feel a sense of responsibility and nurturing towards him, which is always great.

Don’t worry! We’ve done lots of digging and we have come up with 250 unique, perfect German Shepherd names just for you. 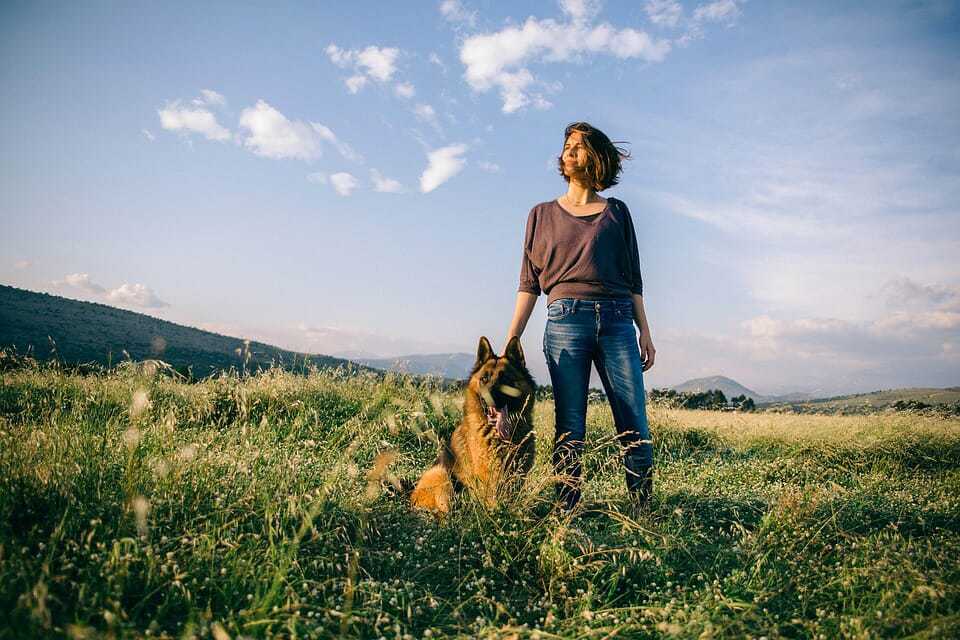 They are both strong and beautiful, and that’s what we tried to incorporate in this list of empowering, inspiring, and strong female German Shepherd names. 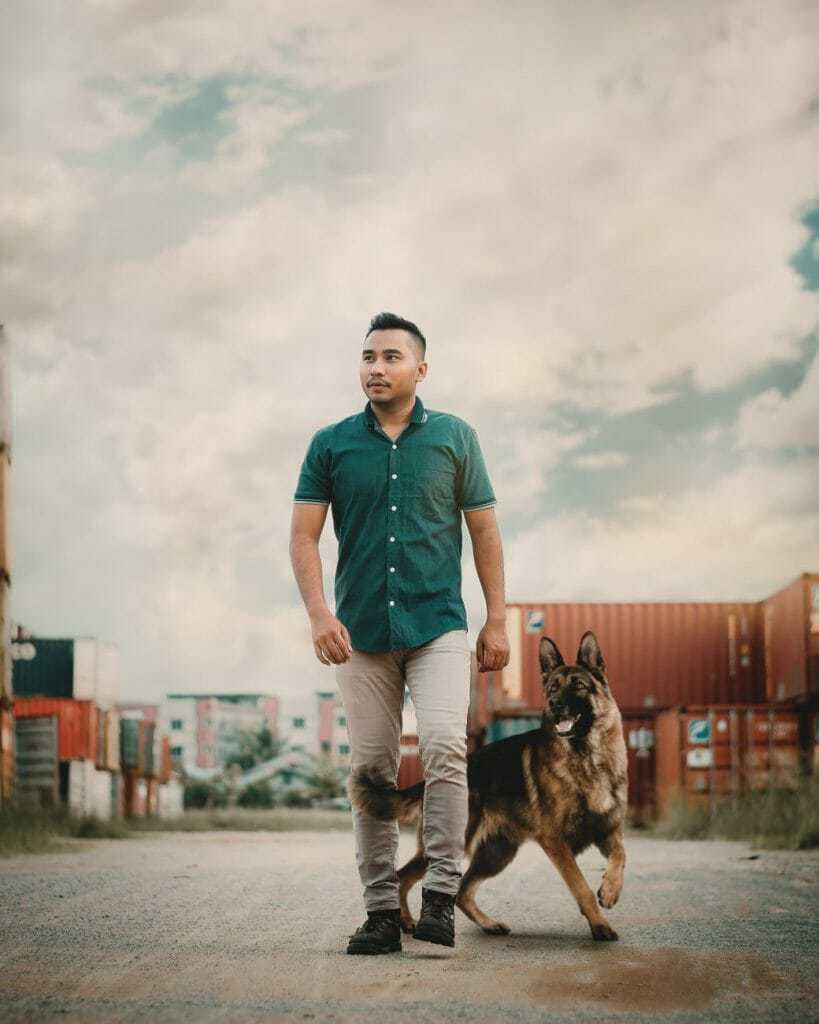 There is something very powerful about a masculine sounding dog name for a German Shepherd.

When it comes to male dog names, the whole internet has you covered. But you can’t just have any old masculine sounding dog name for a male German Shepherd.

You need a masculine sounding dog name that is also powerful, cool, and totally German Shepherd-worthy.

This is a breed that really packs a punch, and so do these 25 male German Shepherd names below. Don’t believe us? Just see for yourself!

25 German Shepherd Names Based On Color Or Appearance 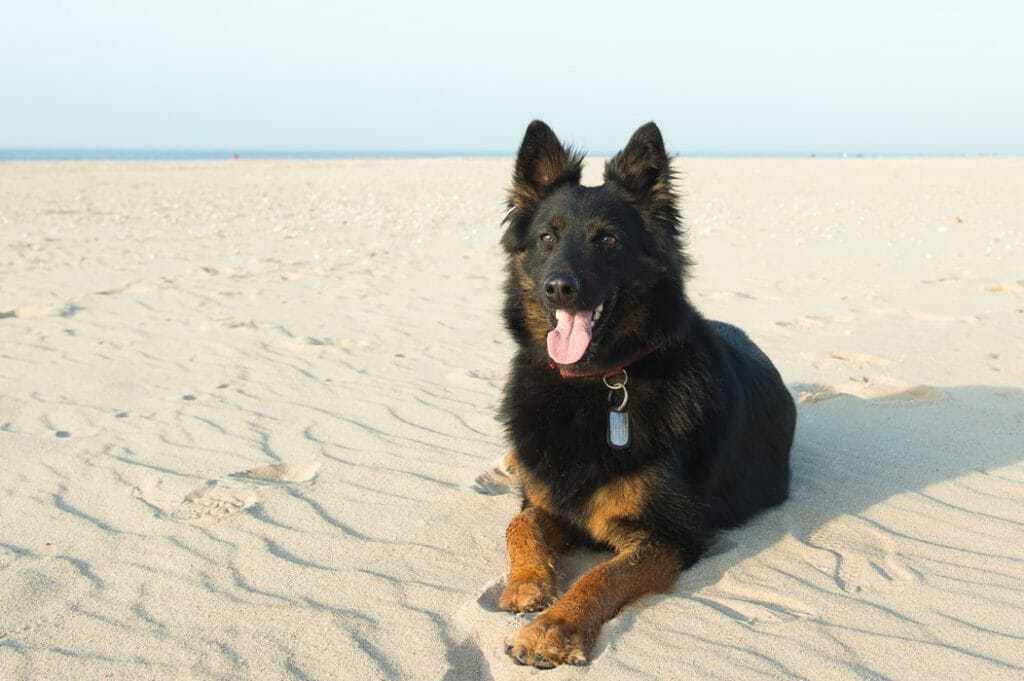 Let’s be honest. German Shepherds are gorgeous dogs, and we don’t even think we are being biased. They are champions when it comes to poise, elegance, and power, and these regal looking dogs deserve a list of dog names as astonishing as they are.

If you want to highlight your German Shepherd’s unique physical features, then you’ll love this list for all the unique colors and looks of the German Shepherd breed. 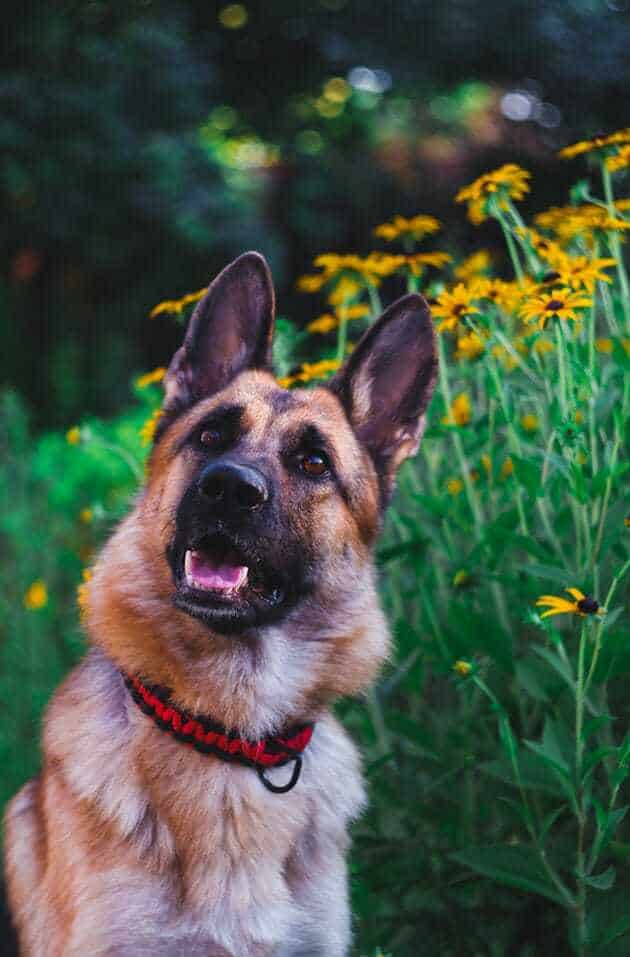 Ginger the German Shepherd? Yes, we think it fits.

If you are one of those humans who enjoys alliterations, then please come hither and join my club.

I too like dogs named for their breed. Coco the Cocker Spaniel, Axel the Akita, and so on and so forth.

And now that you know you’re not alone, feel free to totally fall in love with these G names for German Shepherd dogs. 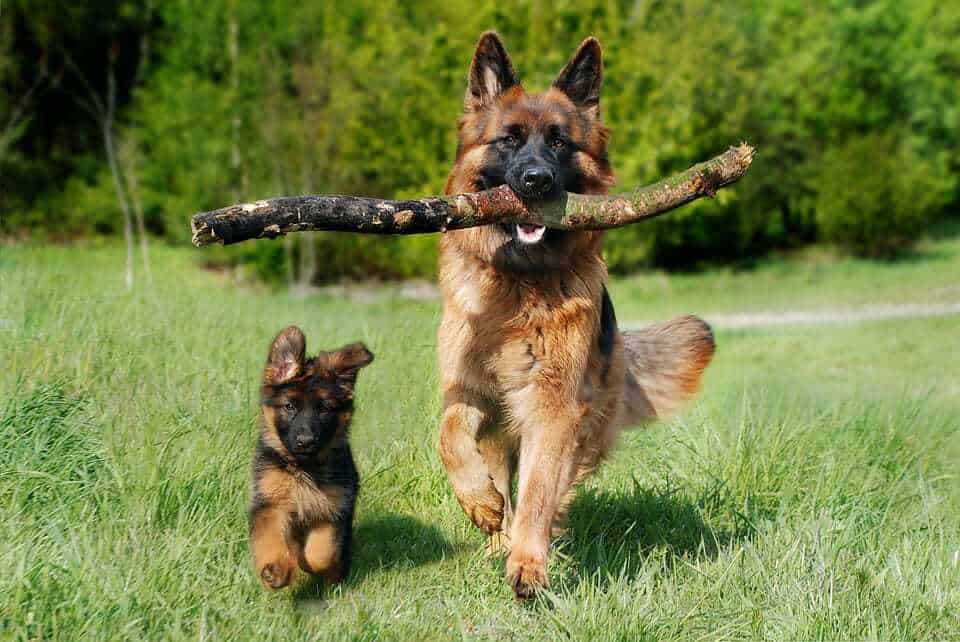 Is there anything cuter than a German Shepherd puppy? We think not.

Is there anything cuter than a German Shepherd puppy? We think not. And since we are on the topic of what we think and don’t think, we also think this cute German Shepherd of yours deserves a cute name. 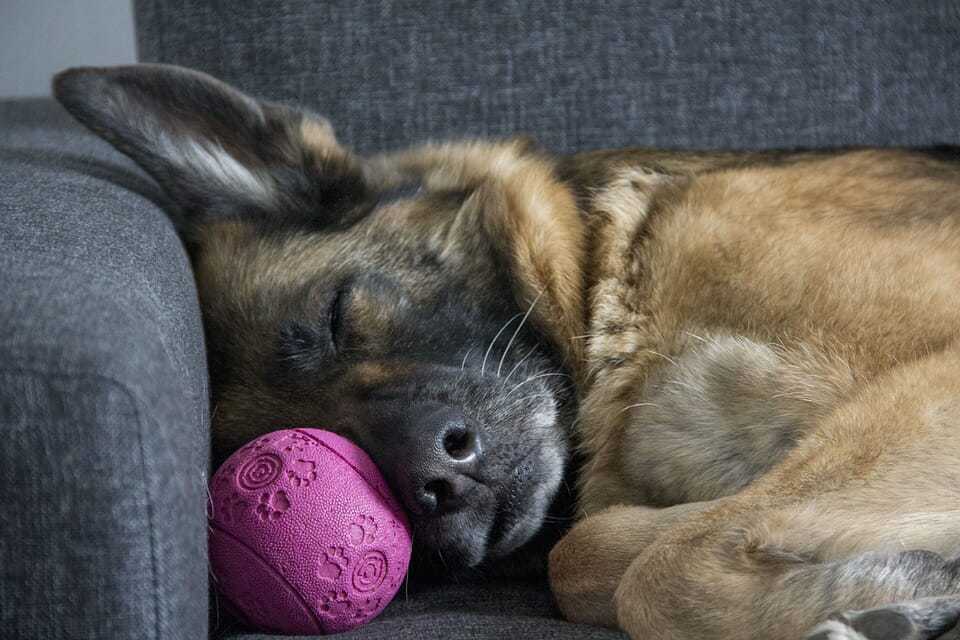 German Shepherds may be tough, but they are actually big softies on the inside.

It’s true that German Shepherds are known for their fierce police and military work, but anyone who has ever owned or hung out with a German Shepherd for longer than ten minutes has immediately come to recognize that these guys are really just big, adorable comedians.

German Shepherds have funny quirks that no other breed has, and they love to make us laugh! If you are pretty positive that your German Shepherd is going to be the class clown of canine academy, then you’ll love these funny German Shepherd names.

Go ahead. Get to laughing! 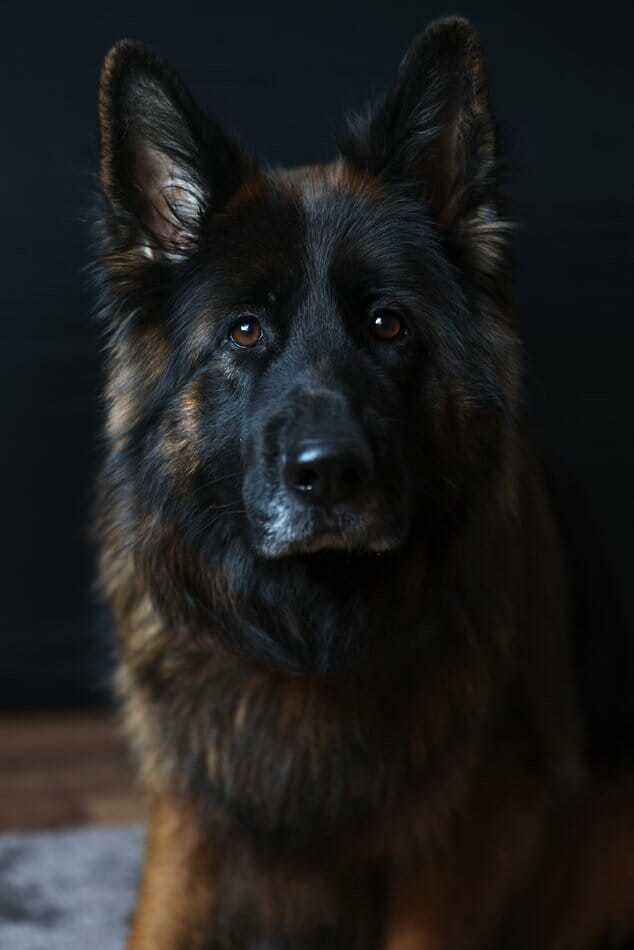 Look, it’s no secret that German Shepherds are hardcore. And yes, we did just get done ranting and raving about how seriously cute and funny they are, but they are also totally work oriented, focused, and badass. 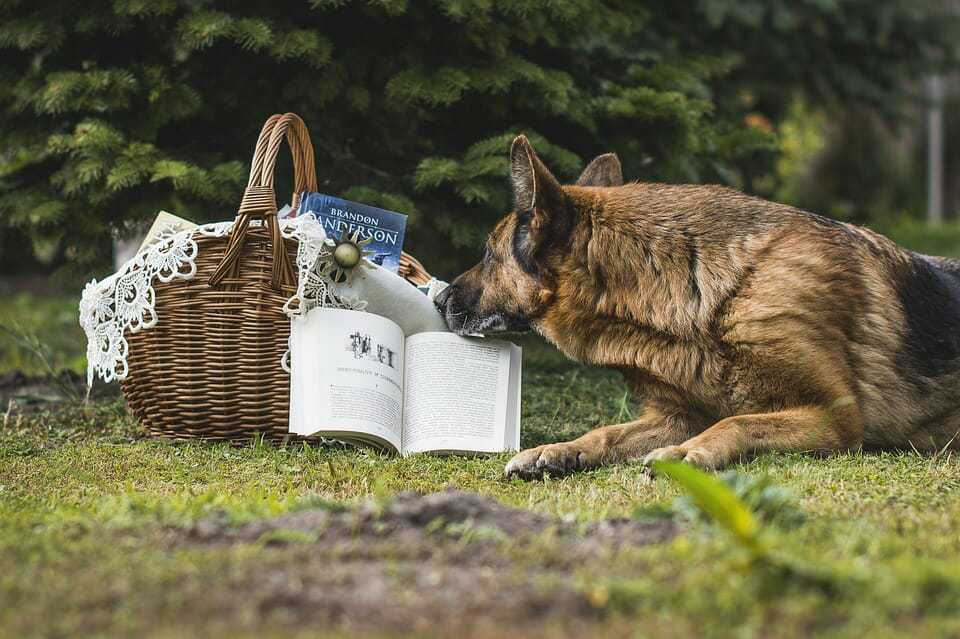 German Shepherds are some of the world’s most intelligent breeds.

Did you know that German Shepherd dogs are some of the world’s smartest dog breeds?

With that in mind, you may be tempted to forgo funny, cute, or even badass dog names in place of a more sophisticated moniker that highlights your German Shepherd’s brainy ways.

Here are 25 incredibly intelligent sounding German Shepherd names for the intellectual in you and your brainy breed. 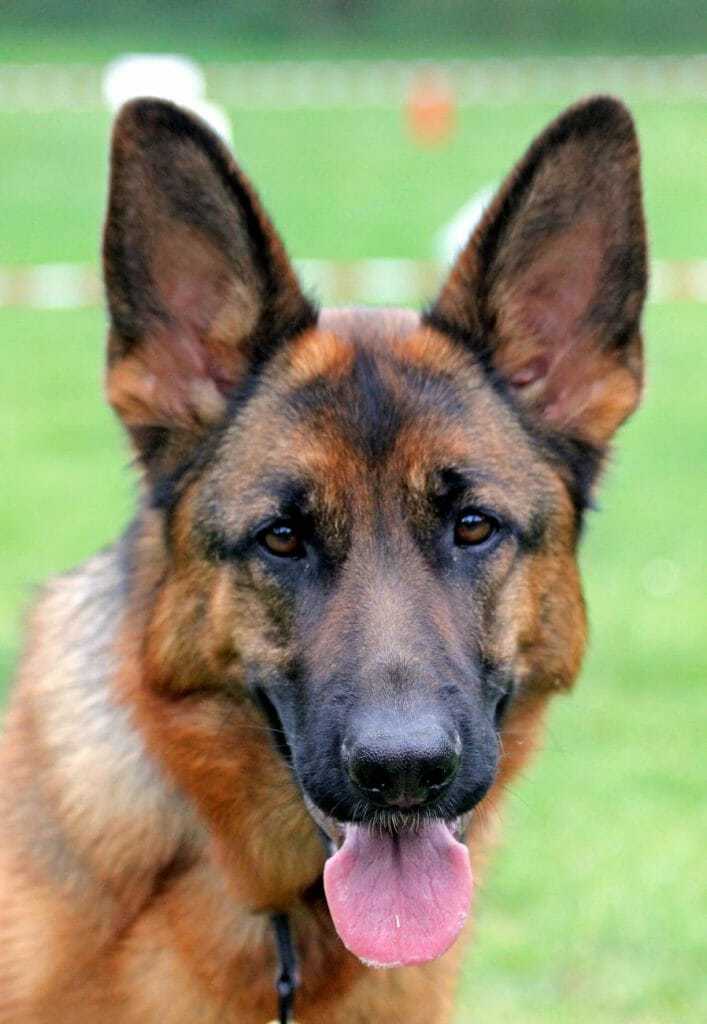 There is nothing sweeter than the happy face of a German Shepherd.

Brains, beauty, and courage aside, the German Shepherd also has the power of being sweet.

When they are off duty, lounging in the backyard, playing fetch with the kiddos, or simply staring at you with those adoring eyes and big, floppy ears, all you’ll be thinking is “is there anything sweeter than you?”

Grab your toothbrushes ladies and gents. It’s about to get sweet up in here! 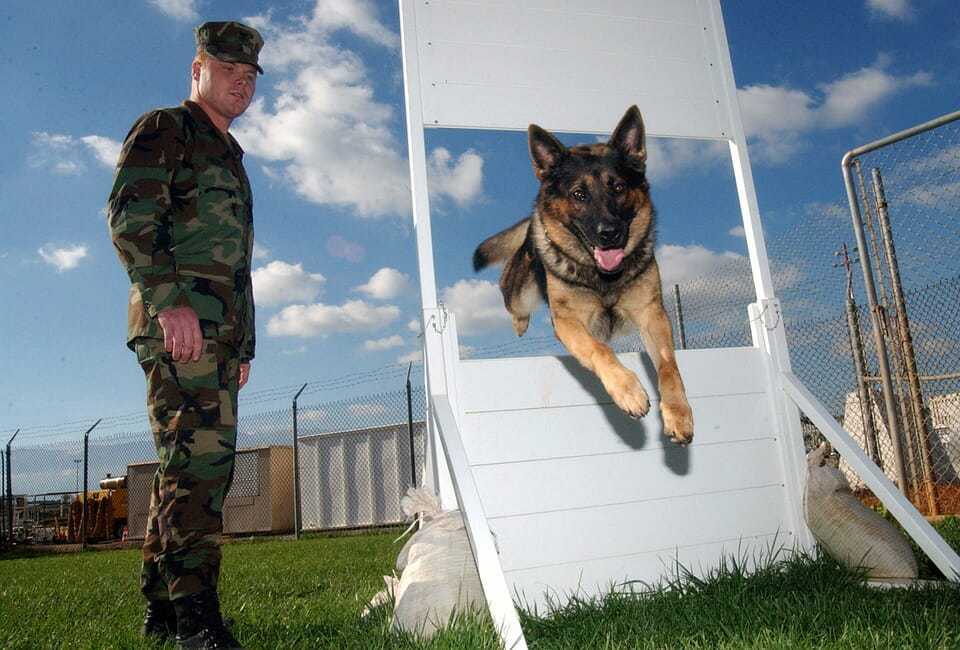 German Shepherds are famous for working with the police and military.

You had to know this list was coming. I mean, come on. We couldn’t do German Shepherd names and leave out vital police and military names for this amazing breed!

And even if your German Shepherd is just a regular joe German Shepherd, you can still give him a cool, heroic sounding name that is inspired by the police and military to pay homage to this breed’s amazingly courageous spirit.

We have fallen in love with these 25 military and police related German Shepherd names and think you will too.

How To Teach Your German Shepherd His New Name 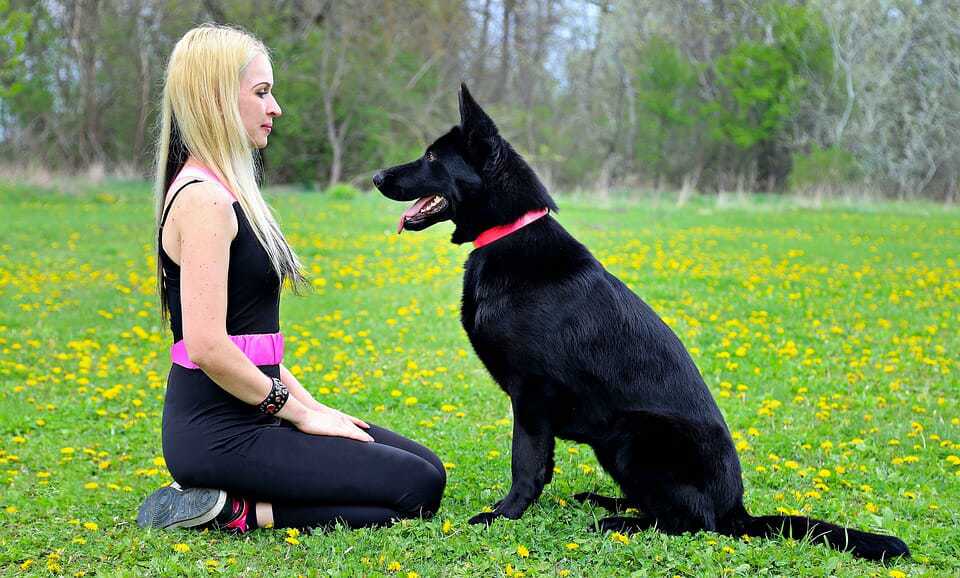 Teaching your dog his new name will likely be one of the first training experiences the two of you go through together, and it will help build a tight, trusting bond between the two of you if the training is done correctly.

So, how do you go about teaching your German Shepherd his new name?

Experts suggest using positive reinforcement methods like treats and praise as opposed to aversive training methods like punishments and scolding.

German Shepherds are intelligent, sensitive dogs who are very work oriented. However, they can be independent thinkers, and while they are eager to please, they also have a mind of their own.

Use high-value training treats during name training and say your dog’s name. When he looks at you, give him a treat.

Repeat this as often as you need until he gets the hang of it. You can do this as much as you like, but be careful during name training not to scold your dog using his name when he is still getting to know it.

You want him to know that his name is something good and associate it with positive things like treats and praise. This way, when he hears his name in the future he will want to look to you or come to you when called.

But just how long will it take for your German Shepherd to learn his name? Most trainers and experts agree that with consistency and patience, puppies and dogs will be able to learn their new name in as little as two weeks.

So, which names on our compilation of great German Shepherd names did you like best? Do you have any more suggestions for us? 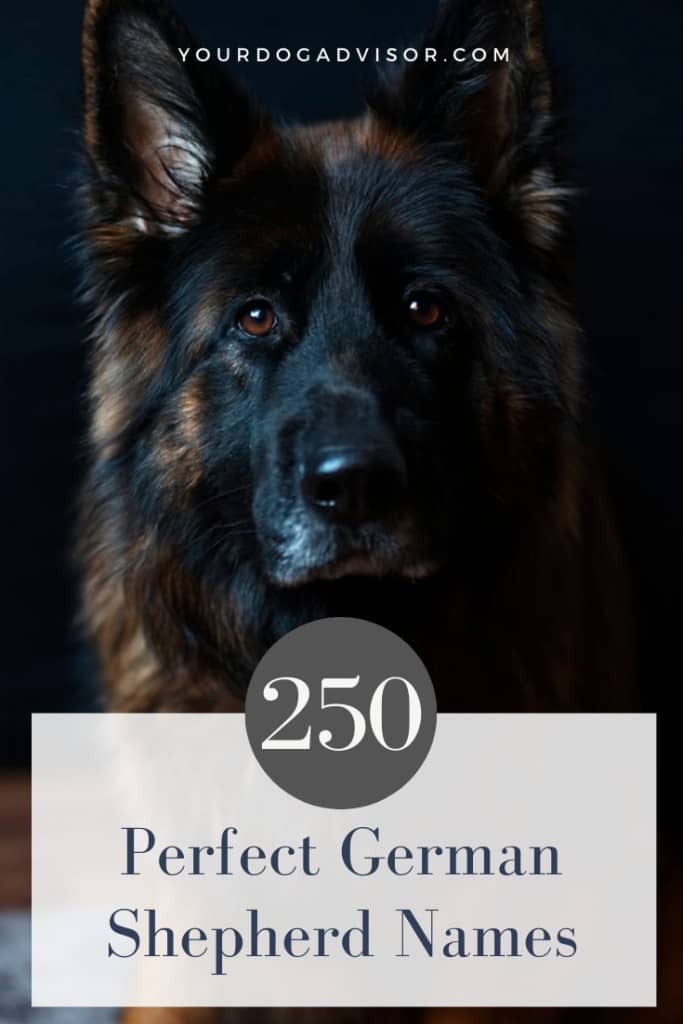