Game of Thrones is one of the most popular television shows of recent years. Having aired from 2011 until 2019, it ran for eight seasons totaling 73 episodes.

A spin-off prequel – House of the Dragon – is set to begin airing in 2022 and an as-yet-untitled Jon Snow-led sequel series has recently been announced for further in the future, meaning a renewed interest in the franchise will be ignited.

With that in mind, the idea of naming pets after characters in the Game of Thrones universe is as popular as ever. So, assuming you’ve just got yourself a new pooch (that’s why you’re here, right? Congratulations!), we’re going to give you some help giving him/her a name with some ideas based on characters and concepts from George R. R. Martin’s iconic stories. 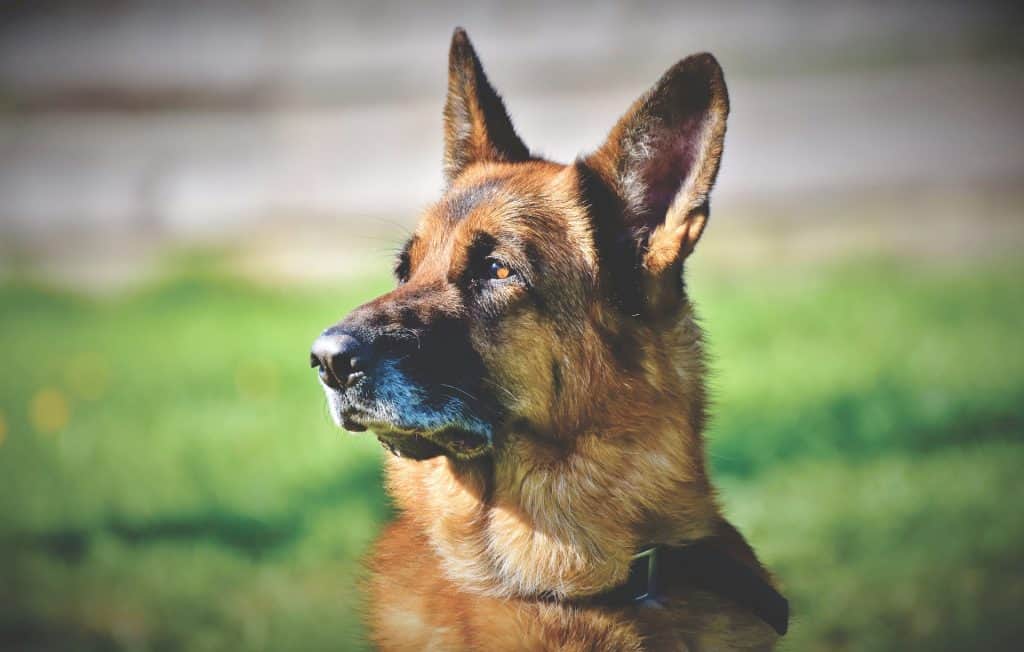 Picking a great name for your dog is lots of fun! 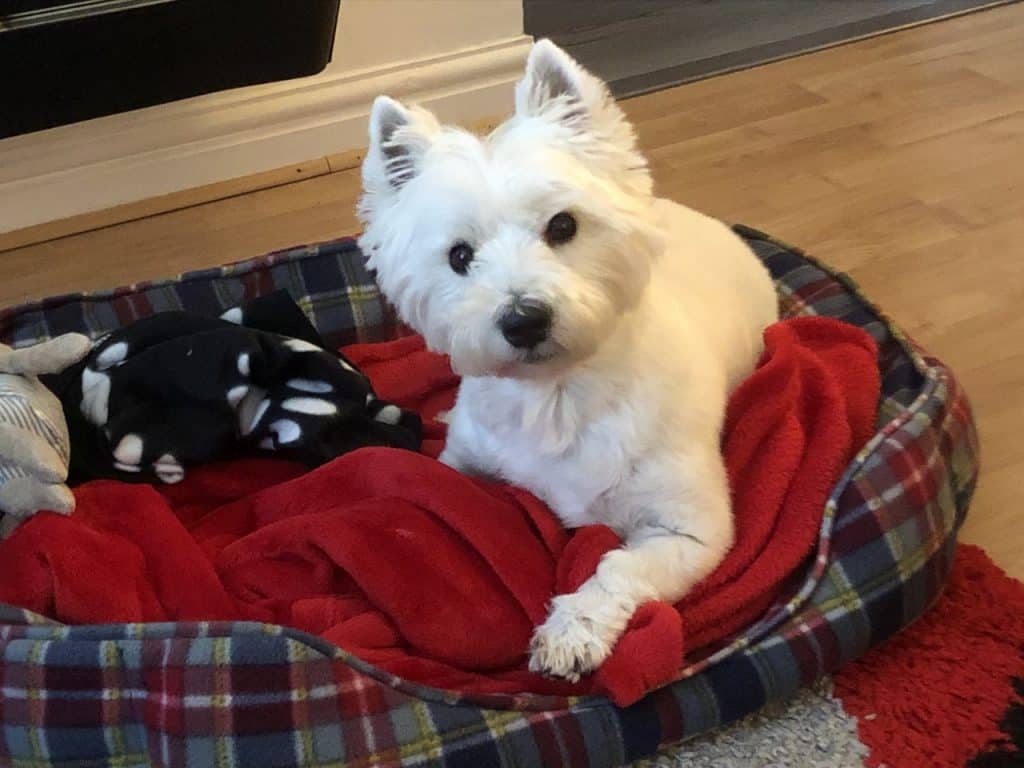 A super dog deserves a super name!
(Credit: This is the author’s photo of his dog, Hollie)

As usual, before we get into the meat of this article, we’re going to give you some advice about how to go about naming your new furry buddy. There’s no exact science to it, but experts do have a few recommendations that are worth taking note of.

The first one is very simple: two-syllable names like Pippa or Buddy are best. Shorter names like Jack or longer ones like Tabitha are best avoided.

There’s a very simple explanation behind why that’s the case. Research has shown that dogs can learn two-syllable names much quicker than names of any other length. That being said, it’s worth pointing out that they’re perfectly capable of learning shorter and longer names, it’s just that doing so may take them slightly longer.

So feel free to name your pooch something longer or shorter than two syllables – there are plenty of them on the list we’re about to provide you with – but just understand that you might have to spend more time getting them used to it. Thankfully, we also have some handy tips for you, should you choose to go down one of those routes.

You can, of course, take a deeper dive into the art of naming a dog, should you feel the need to do so. There is an abundance of sources with helpful information out there.

And that’s the housekeeping over with! It wasn’t too painful, was it? It’s now time to get to the part you’ve been waiting for – Game of Thrones dog names! 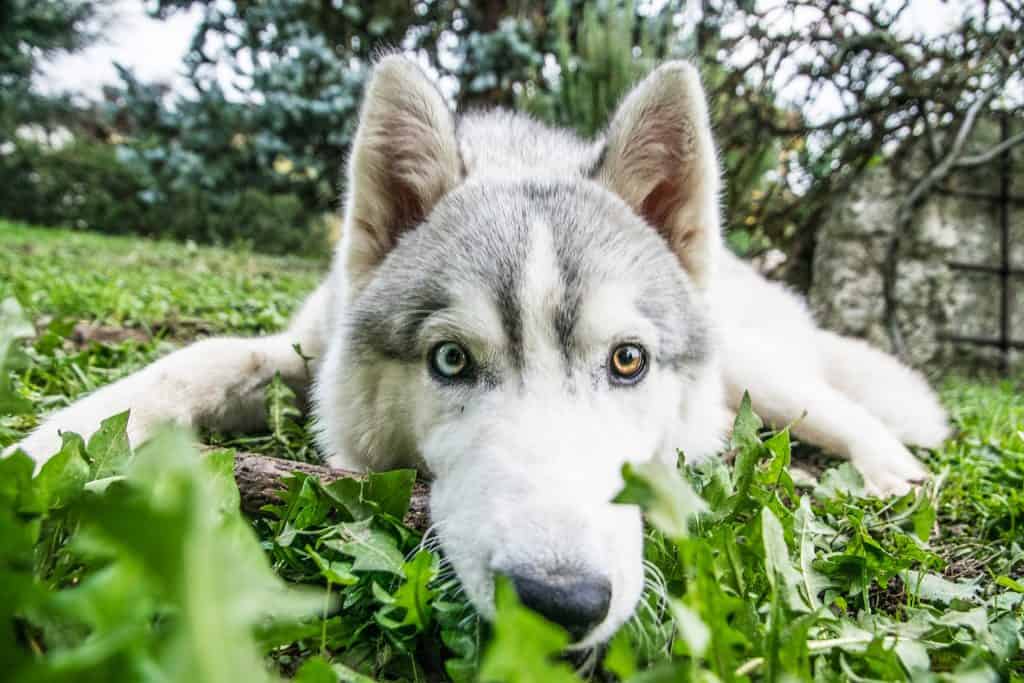 If your dog resembles a wolf, name it after a direwolf!

Game of Thrones does, of course, have its own canine characters in the form of direwolves. The names in this short list belong to direwolves in the franchise.

Our personal favourite is “Ghost”, which would go particularly well with a large white dog – but you can obviously choose any name you wish, depending on which one you feel suits your pooch best. 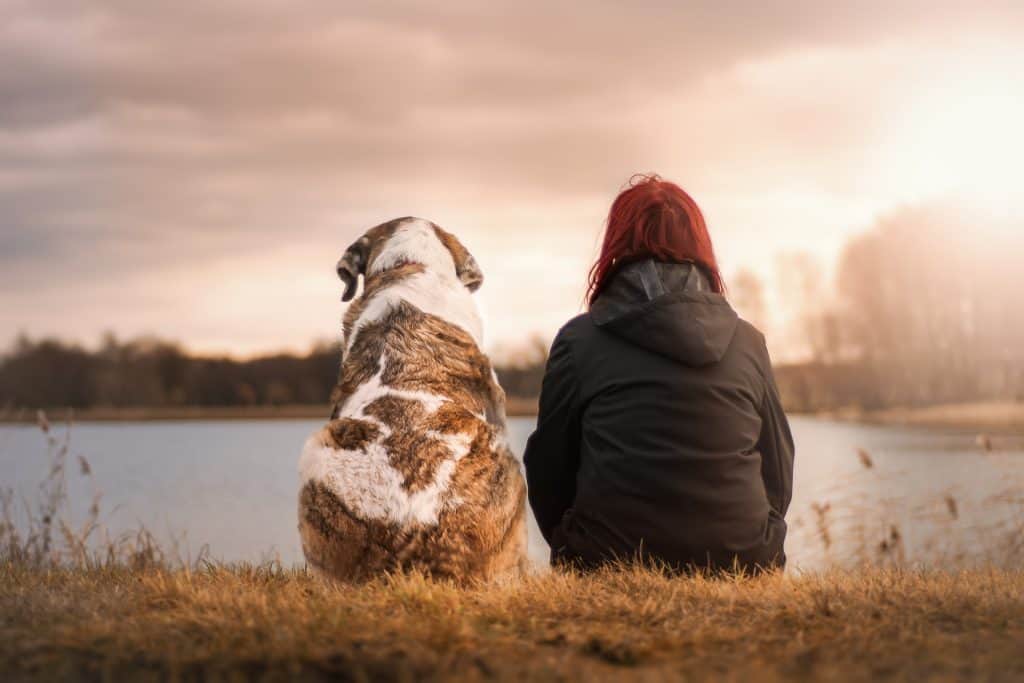 There are loads of human characters in Game of Thrones to name your dog after!

The vast majority of characters in Game of Thrones are humans and there are loads of names given to (or associated with) the franchise’s human characters.

Due to the fact that there are so many, we’ve separated them into four manageable alphabetic sections. Our preferred choice from this first section is “Benjen”, as it has a very doggy feel to it (probably because of the movie character Benji!). There are plenty of other great names in this list, though! 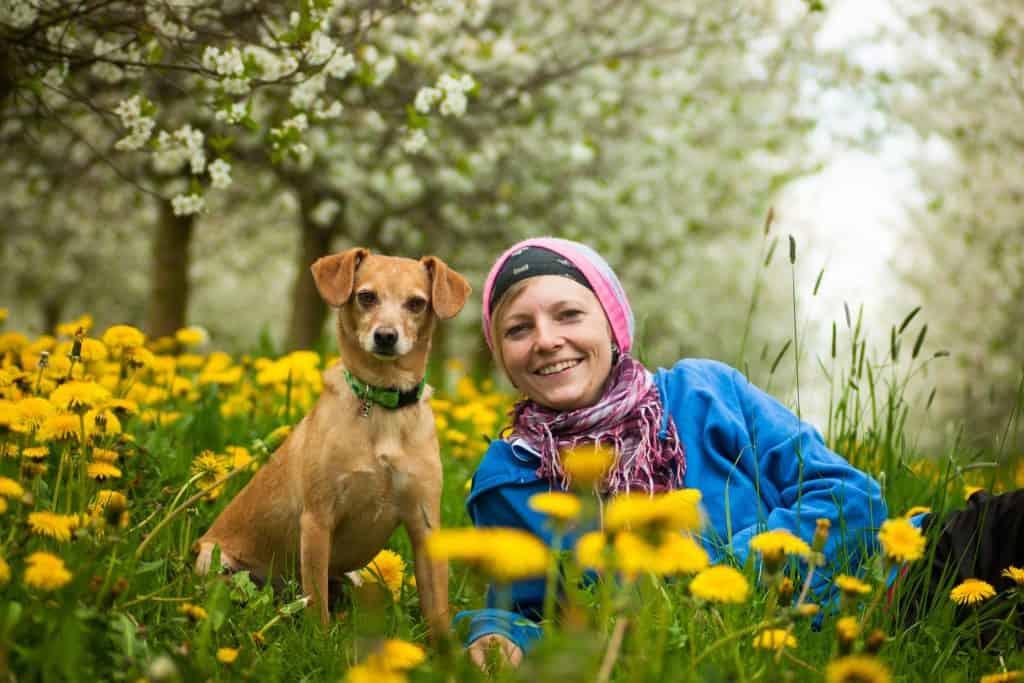 Give your furry pal the name he/she deserves!

This second section has some really great choices, with our personal favourite being “Hodor” – a name that would be ideal for a large and particularly loyal pooch.

There are a couple dozen other fantastic names to choose from here, though, so don’t let us influence your decision too much! 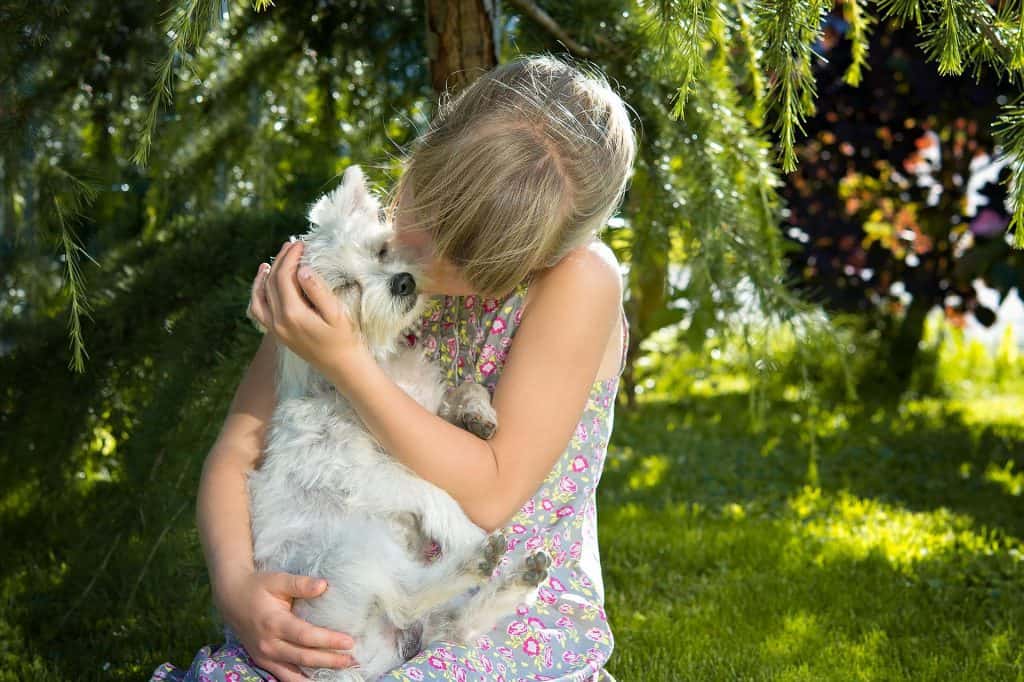 Your best pal should be given a name that you put some real thought into!

The next batch of names is every bit as good as the last, with some real quirky inclusions to choose from.

Our pick of the bunch is “Samwell” – especially if the pooch being named is particularly loyal, placid and cuddly. Which one is your favourite from this assortment? 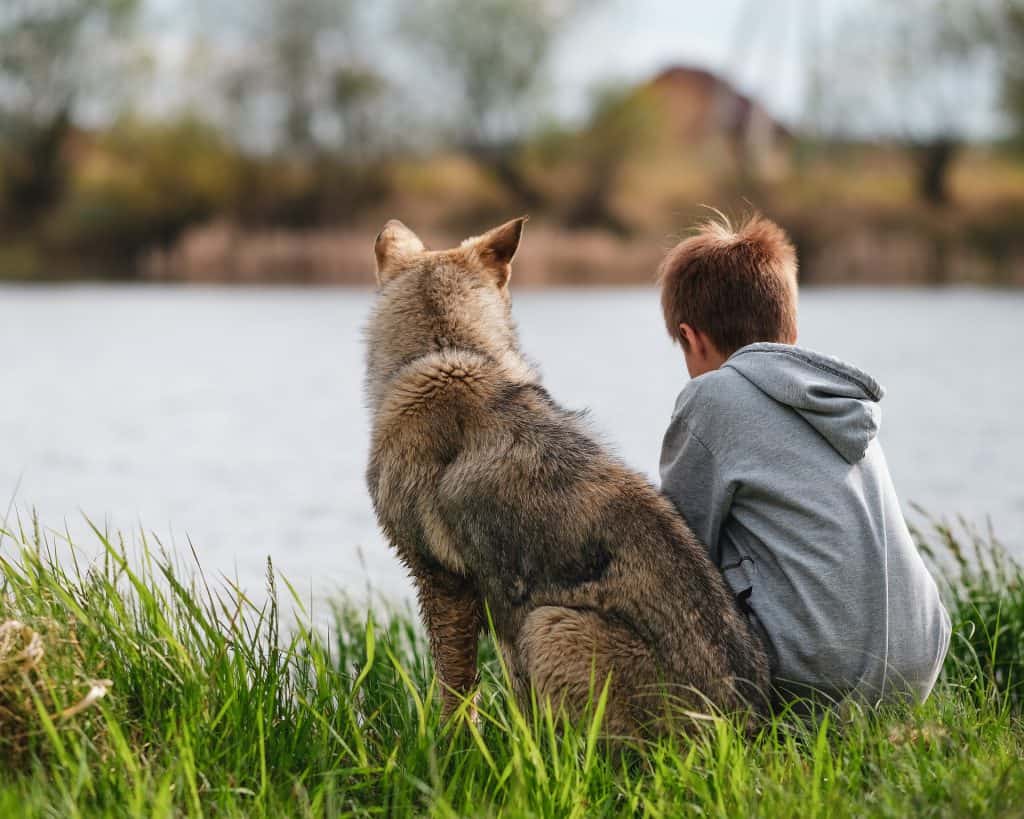 We’ve come to the final list of names associated with humans from the Game of Thrones universe.

From this list, we really like the idea of naming a doggy “Shireen” – and this would be a particularly ideal name if the doggy in question has a very distinctive marking (especially if said marking is on its face). 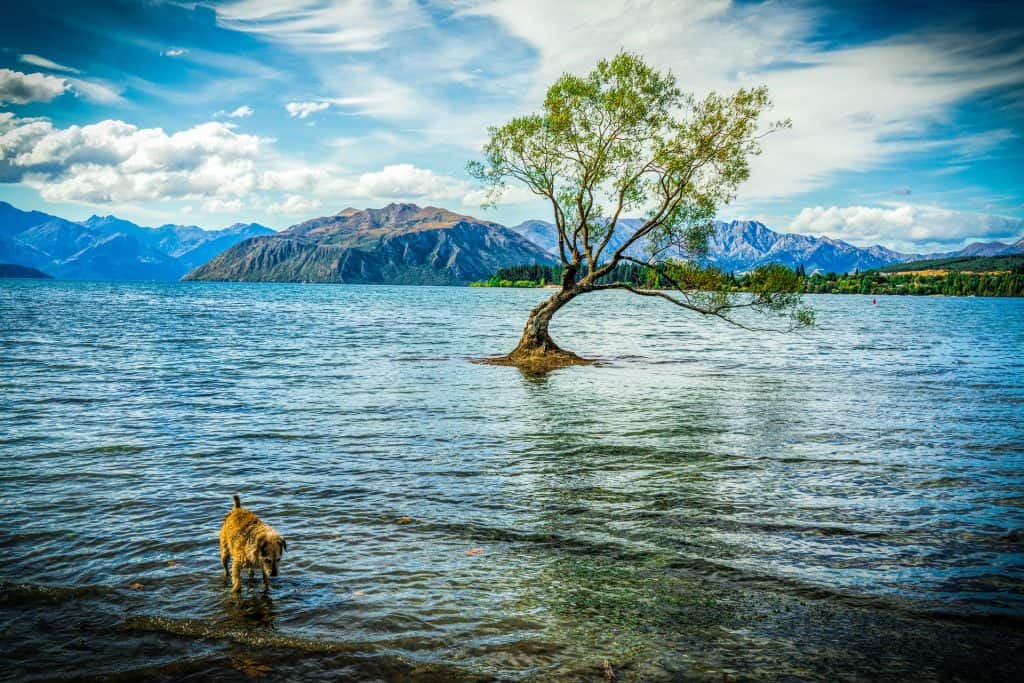 You could name your pooch after a picturesque location in the Game of Thrones universe!

There are an abundance of exotically-named locations in the Game of Thrones world – and we believe they’d be very interesting names to give to a dog.

Our favourite from this list is “Essos” – it rolls off the tongue nicely, falls into the “two-syllable” category, and there’s almost no chance that you’ll ever encounter someone else who’s called their doggo that! 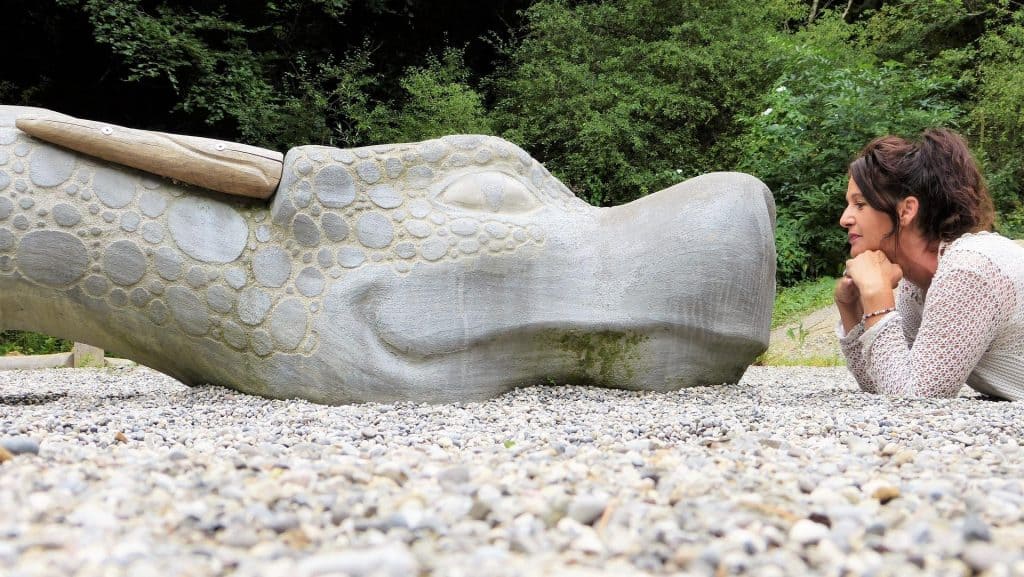 Why not name your pup after one of Game of Thrones’ dragons?

Dragons are, of course, a prominent feature of the Game of Thrones universe – and they have some really cool names to choose from when it comes to naming your dog (especially if you want to give it an intimidating and/or authoritative edge, if it’s a guard dog or service dog, for instance).

We personally like the idea of a dog named “Drogon”. Drogon is arguably the most famous of the Game of Thrones dragons – and it even has the letters d-o-g in the correct order as a bonus!

There are lots of other concepts, words and names in the Game of Thrones world that don’t really apply to any of the above lists, so we’ve collated them here for you, as we think they’d make great names for dogs.

“Dracarys” in particular stands out to us. It’s a word used by Daenerys Targaryen to instruct her dragons to breathe fire. Translated from High Valyrian, it literally means “Dragonfire”.

Tips To Help Your Dog Learn Their Game of Thrones Name

Once you’ve decided on a name for your doggo, it’s obviously preferable to help it learn the name as quickly as possible. Thankfully, we can provide you with some extremely easy and helpful tips to make sure that happens.

According to research, regardless of a dog’s age, it should take them approximately two weeks to figure out its name. However, it’s still down to you to do whatever you can to help make things easier for your new fur buddy (or there’s a chance it might take up to three months!).

As a starting point, you should do the obvious thing, which is to say your dog’s name as often as possible. Repetition will give it the best chance of taking in the new information quickly.

Equally as simple, praise your dog for responding to its name. Give it tummy rubs, pats on the back and enthusiastic bellows of “good boy/girl” for every successful response.

To put it simply, never allow your dog to associate its name with anything negative – especially not during the learning process – as that could prove to negatively influence its behaviour throughout its entire life. No pup would ever want to respond to you calling its name if the name in question reminds it of something terrible!

And that’s everything you need to know! We hope our tips – and indeed our list of Game of Thrones names – will give you all the help you need when it comes to naming your new pal. If you found this article to be helpful, we’d love for you to let us know! 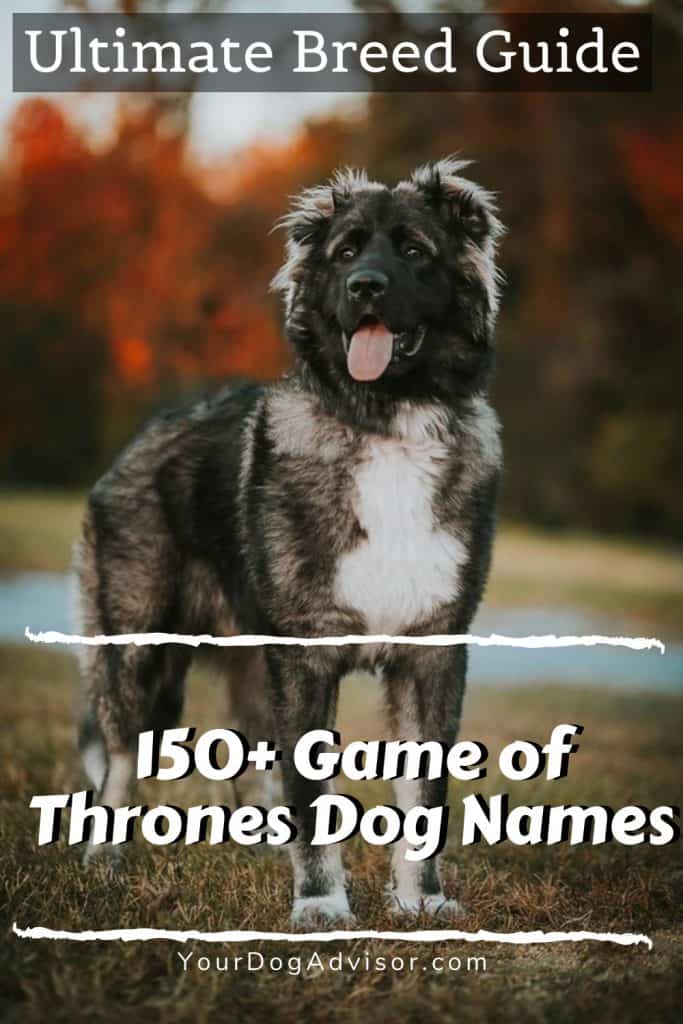 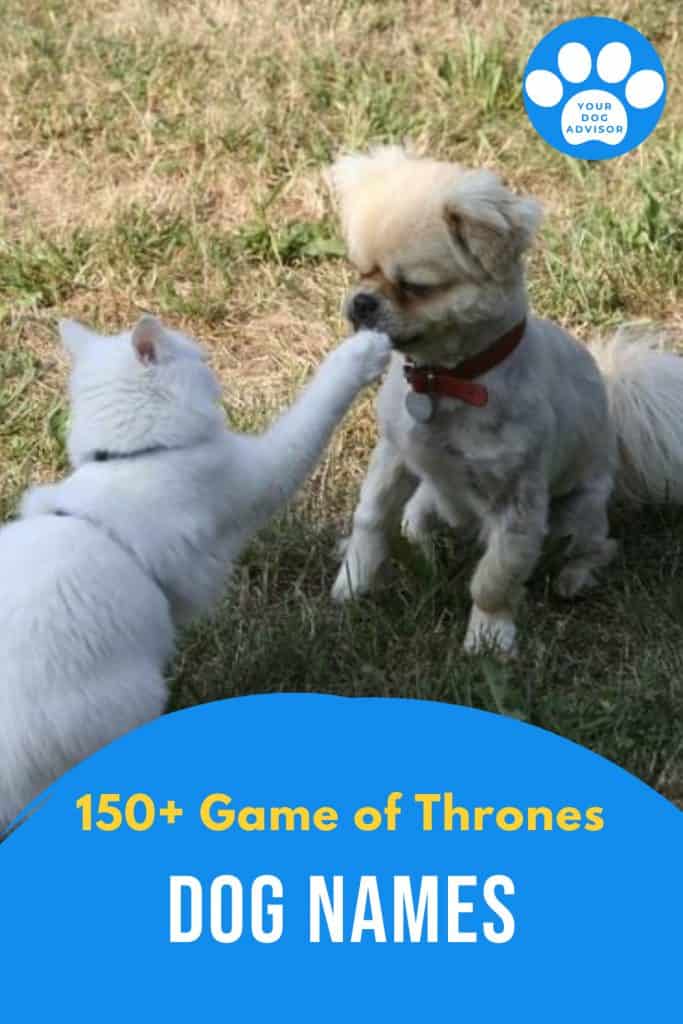