A long time ago, my family adopted a dog that a family friend couldn’t keep anymore. Her family was heartbroken, but they were moving and couldn’t take her with them. They had her for years, and they naturally made a lot of memories together.

Years later, that same family was visiting town and wanted to see their old furry family member. Naturally, we said yes, but we were worried she wouldn’t recognize them. It had been maybe three or four years since we took her in and she was already integrated into our pack of six dogs.

Our concerns were proven pointless pretty quickly. She recognized her old family immediately and rushed to them with kisses and tail wags. She was always a happy girl, but this was the happiest we’d seen her in a while. Not only did she recognize her old family, she even remembered the silly games they used to play together.

There are plenty of stories all over the internet similar to this. An owner and dog will be separated for various reasons for a long time, but when they reunite their companion is still happy to see them, even if years go by. So you might be wondering just how long a dog can remember people.

To fully answer this, it’s best for you to know how a dog’s memory actually works. Their memory doesn’t work the same way human memory does, but their memory works well enough to recognize people even after a long separation. A dog can potentially remember a person their entire life, provided they have a strong enough association with them. On the other hand, they can forget someone they just met or don’t know well fairly quickly. 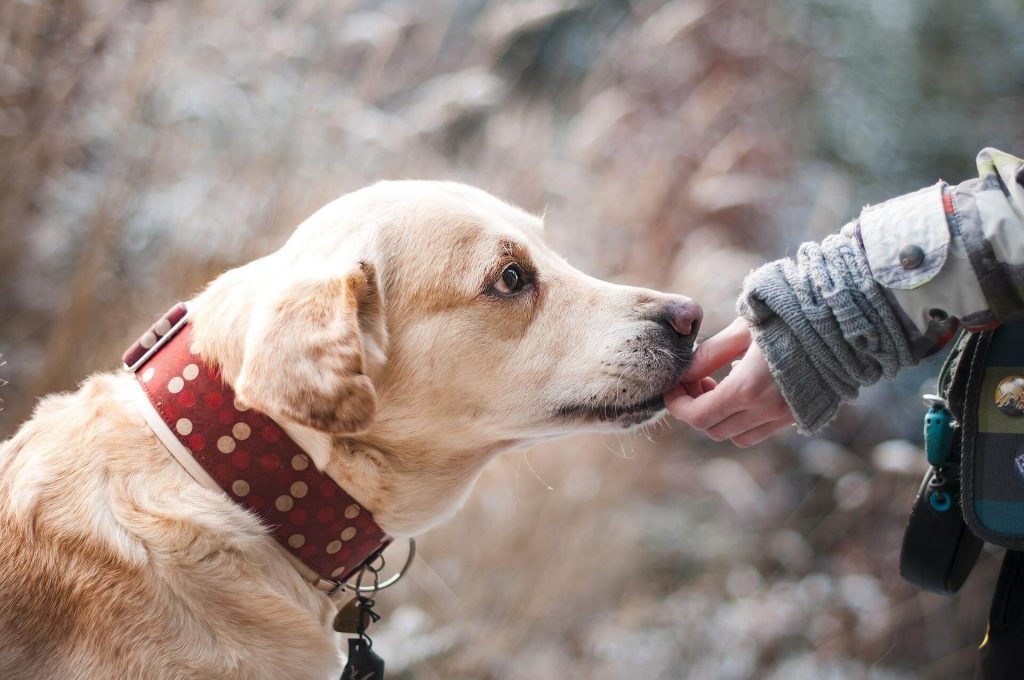 A dog can recognize someone they love even if it’s been years since seeing them.

How Dogs Remember Differently From People

Our furry friends don’t remember things the same way people do. We use episodic memory, meaning we remember events throughout our lives and can easily recall them. We know our birthdays, when we met our pets, or when we got into a fight with an old friend. While a study found that dogs are capable of using episodic memory, it’s much more limited than ours.

Dogs mainly use associative memory. Specific events don’t stay in their memories for long. They mostly remember things based on positive and negative associations with people, places, or things. They can use their enhanced senses including sight, hearing, and smell to create associations with the things around them and recognize patterns.

This means that your pup can’t remember the day they met you or the time they comforted you when you were crying. But as you spend time together, your companion associates you with love and happiness and recognizes you as family. They may forget about specific events, but they remember you and that they love you.

A person can recognize another person if they simply look back at the events associated with them. You know them from yesterday, or the year before, or from when you met. You can easily recall things like what they do for a living or what their relationship with you is.

Dogs recognize people based on their strong associations with them, be they positive or negative. They associate you with love and safety or pain and fear depending on how you treat them. Those associations are stored for the long term, so they aren’t going to completely forget their people.

But if there is little to no association or bond between you and the dog at the time, they may not remember you as well. How long a dog can remember a person largely depends on their bond with that person, even if it’s a negative bond. 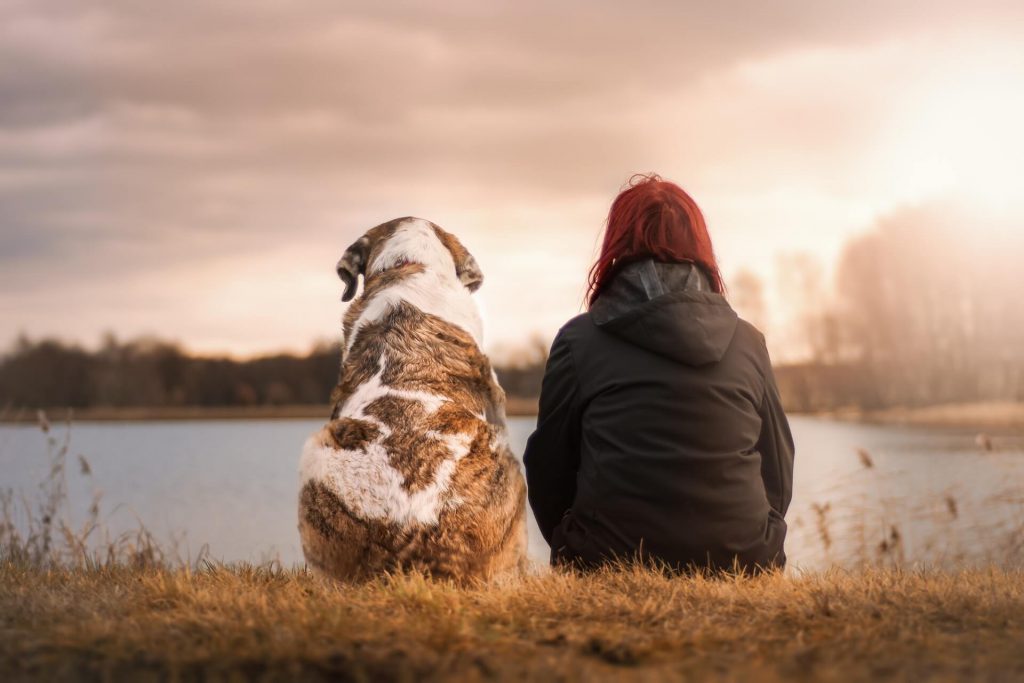 Dogs do not remember things the same way a human does, but they do recognize their human companions.

How Good is a Dog’s Memory

For example, my furbaby learned to associate the fanny pack I carry on walks with going outside. Whenever she needs to go out, she’s learned to go to where the fanny pack is hung and poke at it, telling me she wants to go outside. She’s also learned to associate a certain counter in our kitchen with treats, and will always try to lead her humans to the counter to get treats. She’s even learned what time I should be taking a break from work to play with her. 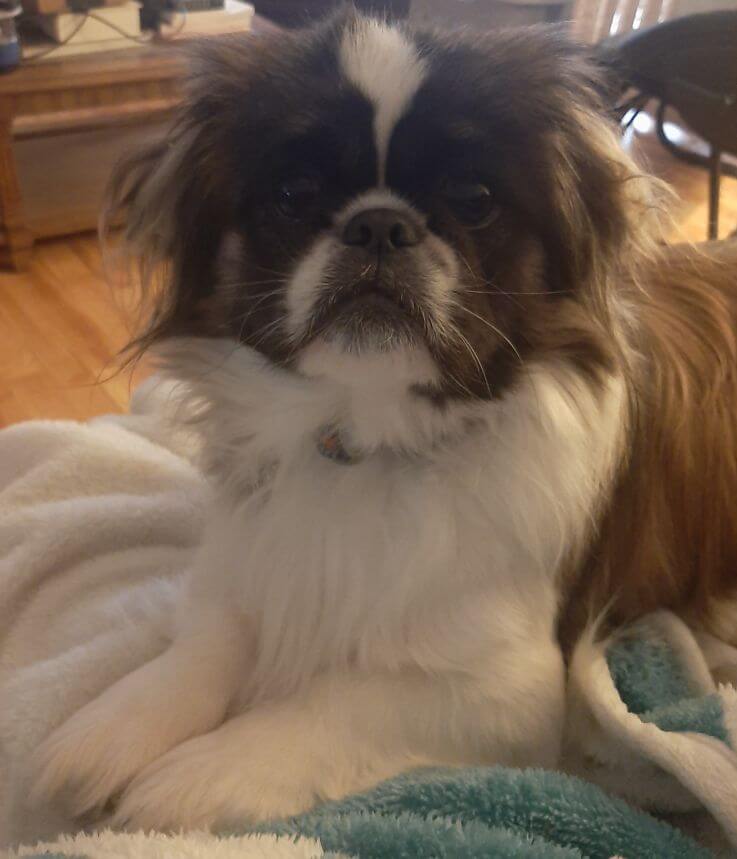 Dogs use associative memory to build associations with people and the rest of the world.

Of course, negative experiences can also create negative associations. If your pup has a traumatic experience going to the vet or a bad car ride, they may associate the car with stress and refuse to get in or associate the vet building with bad things. Trauma can also lead your dog to associate the source or anything similar to it with fear and pain.

If a former owner abused or hit their dog, they may still have negative associations connected to that. A furbaby my family adopted years ago had been abused by his former male owner, and was afraid of the men in the house for a while because of that. He remembered his old owner, but not in a good way.

The poor pup associated him and anyone who looked like him with potentially getting hit, and would cower like he expected to get hit whenever a man tried to pet him. Eventually, he built more positive associations with the men in the house and grew to love them.

You see your companion’s associative memory in action all the time. You even use it to your advantage when training them. You teach your puppy to associate sitting with treats and praise, a verbal command with an action, or going to the door with going outside. You can also use this information to change their associations with certain things to overcome trauma or bad behaviors.

Short-term memory is the ability to store information for immediate use for a short time. It allows us to remember what literally just happened and use that information. We use it every day to remember where we placed something, what we just read, or what we were just told.

Dogs don’t have great short-term memory. They forget things in as little as two minutes after the fact. That’s why you can throw a ball several times without them getting bored. And it’s part of why scolding your pup when they mess up is a mistake. They just don’t remember what they did. 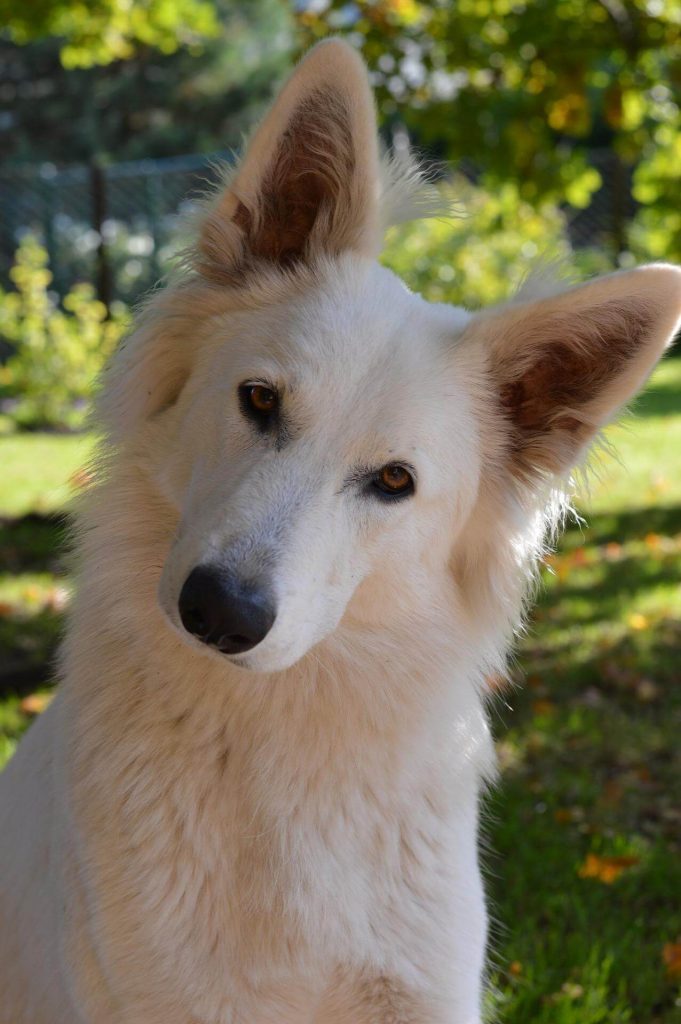 Dogs do not have long short-term memory. If you scold them for something they did a long time ago, you’ll confuse them.

Their short-term memory is why people like to say that dogs “live in the moment.” While they may not forget everything entirely, they just don’t think about the past moments the way we do. This is why repetition and creating long-term associations are important in training. If you teach your pup a command like sit only once, they’ll forget it almost immediately.

They likely won’t remember someone they just met once. Don’t expect them to immediately recognize your best friend in the second meeting weeks after the first meeting. It takes time for them to build those associations with people.

Long-term memory allows us to store any information indefinitely. It’s how we remember life events or skills that we’ve learned and practiced over a long period of time. It allows us to recall things from years ago.

As I said, dogs don’t remember major events the way we do. They’ve already forgotten things from long ago. They use their associative memory to build their long-term memory. They use their sense of smell, sight, and hearing to build associations and store them. They can build a detailed memory of their entire life based on those associations alone.

These strong associations build a long-term memory of their favorite people too. Even though they don’t recall meeting you, they recognize the scents, facial expressions, and sounds associated with you. They associate you with love and safety. And of course, they know that they adore you and want to shower you with affection.

These long-term memories don’t just disappear over time. As long as they have a strong, long-term association with a person, their memory of that person can remain in their long-term memory indefinitely. They may take a minute to recognize you after a long time just like we do, but they can eventually recognize you through your scent, face, or voice. 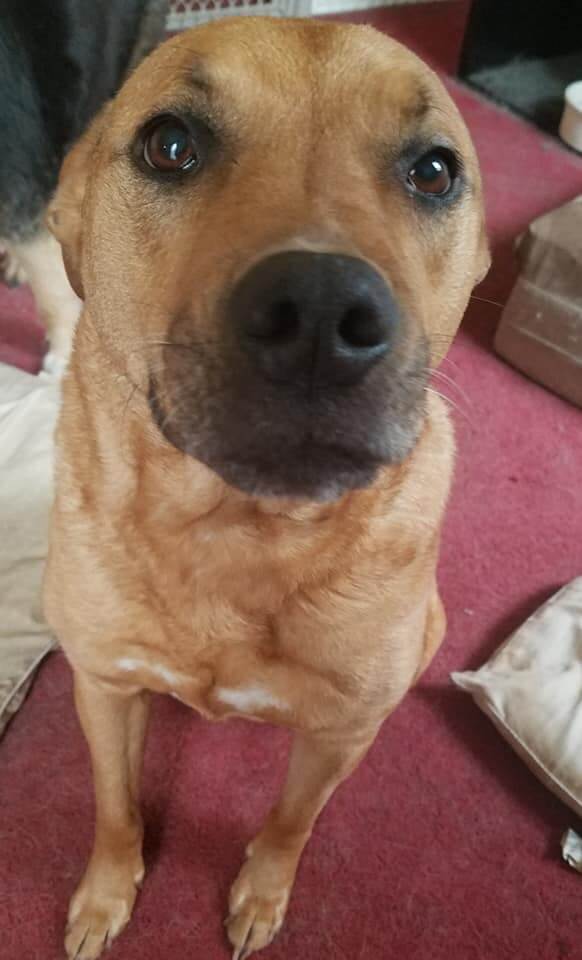 Dogs can’t recall specific events well, but they can remember their humans for years through strong associations.

Dogs Can Remember You After Years

If you have a strong bond with your furry friend, you don’t have to worry about them forgetting you if you have to leave for a while. Your pup may not know the day you left or the day you met, but they build a strong long-term memory of you using associative memories.

These memories are built on the strong associations they have from spending a lot of time with you. As long as a strong bond is there, it won’t ever disappear completely. Your furry friend may not think about you much in the short term while they’re chasing squirrels, but you are still in their memory.

That said, if you just met a dog recently and didn’t get to build a strong bond, they may not recognize you after a period of time. They don’t have strong associations with you, and as you’ve read they can’t remember you for long if you’re not in their long-term memory. But if you do build that bond, even if ten years go by, your companion can still recognize you and jump for joy when they recognize you, even if it takes a minute or they have to sniff you a bit first. 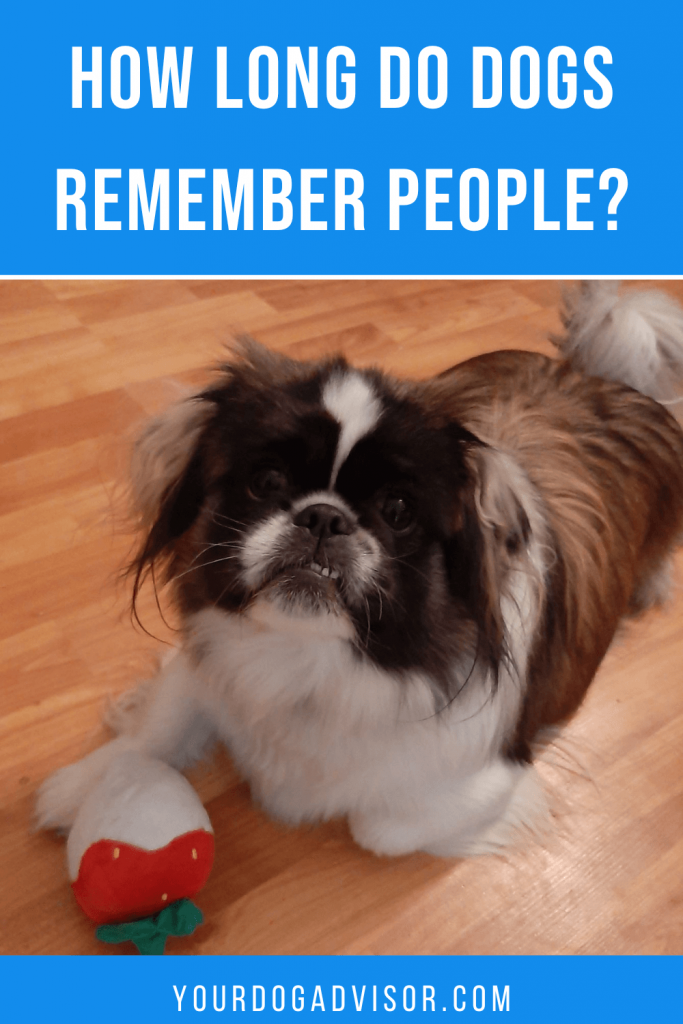 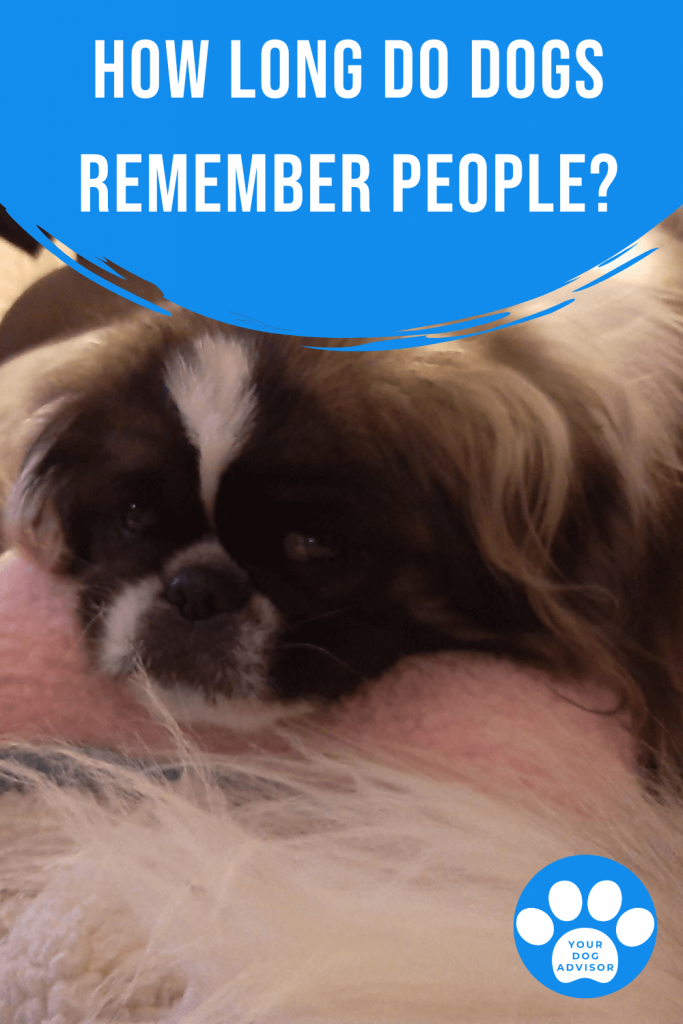