Puppies need to go to the bathroom a lot. If you have a new puppy, you’ve probably already noticed that they pee every few hours. They also need to poop a lot more than adults. The average puppy needs to eliminate about five times a day, usually thirty minutes after each meal.

Puppies do not have large bladders or intestinal tracts at first, so they need to go much more than they will as adults. The frequency can vary depending on how often they eat and what’s in their food. As they get a bit older, they will gradually poop less often.

As a general rule, as long as your puppy’s stools are normal, you don’t need to worry if your puppy’s going several times a day. It may be more concerning if they’re not pooping often. That said, you should always be on the lookout for diarrhea or miscolored stools. 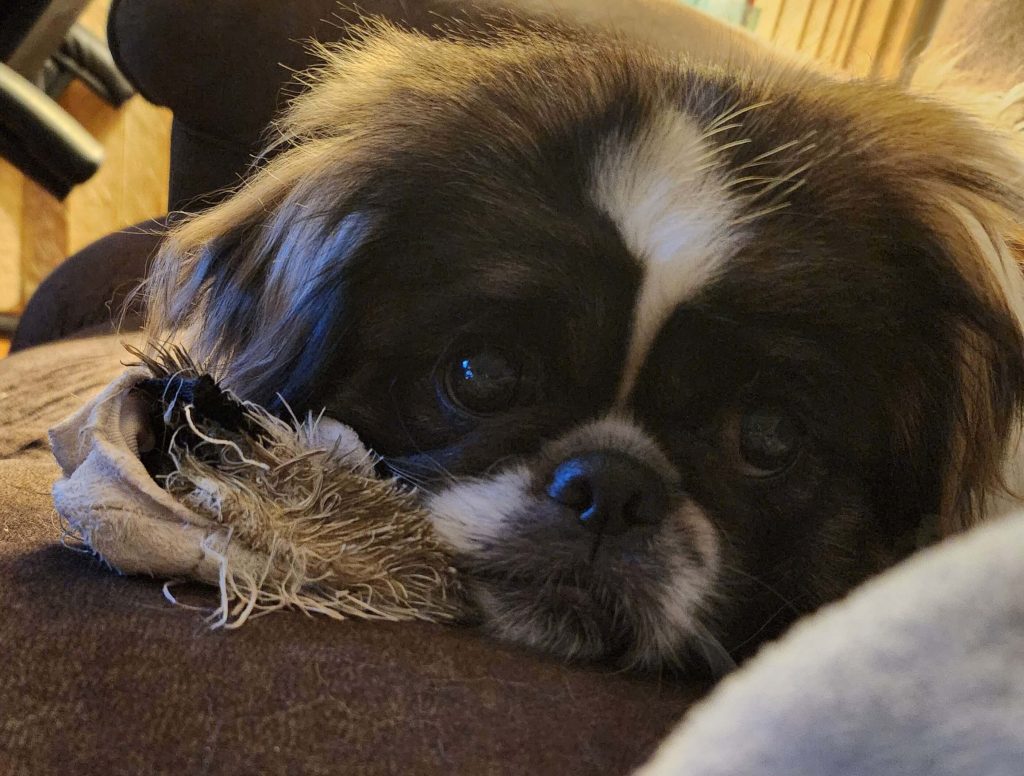 Puppies usually poop several times a day. They usually need to go as soon as they eat a meal.

Puppies can poop up to five or six times a day. Depending on other factors, they may even go more than that. Their intestinal tracts are still developing, so they can’t hold as much as adults. They also burn through food much faster.

A very young puppy will likely need to eliminate after every meal. As they grow, the number of poops should steadily decrease. At six months, they may be down to three or four times a day.

By the time your pup reaches their first birthday, their bathroom schedule should be settling in and they should be down to one or two movements a day depending on their feeding schedule and exercise amount.

Starting out, your puppy will probably need to use the bathroom about thirty minutes after eating. They’ll need to pee even more often than that. As your companion grows and settles into a habit, they may not need to go as often, but they’ll still be going multiple times a day until adulthood.

When potty training, make sure you’re taking your dog to their bathroom spot no more than fifteen to thirty minutes after any meal, drink of water, or play session. Not only will they likely need to poop, but they’ll also probably need to pee as well. Staying on top of potty training will help you avoid some nasty accidents in your home. 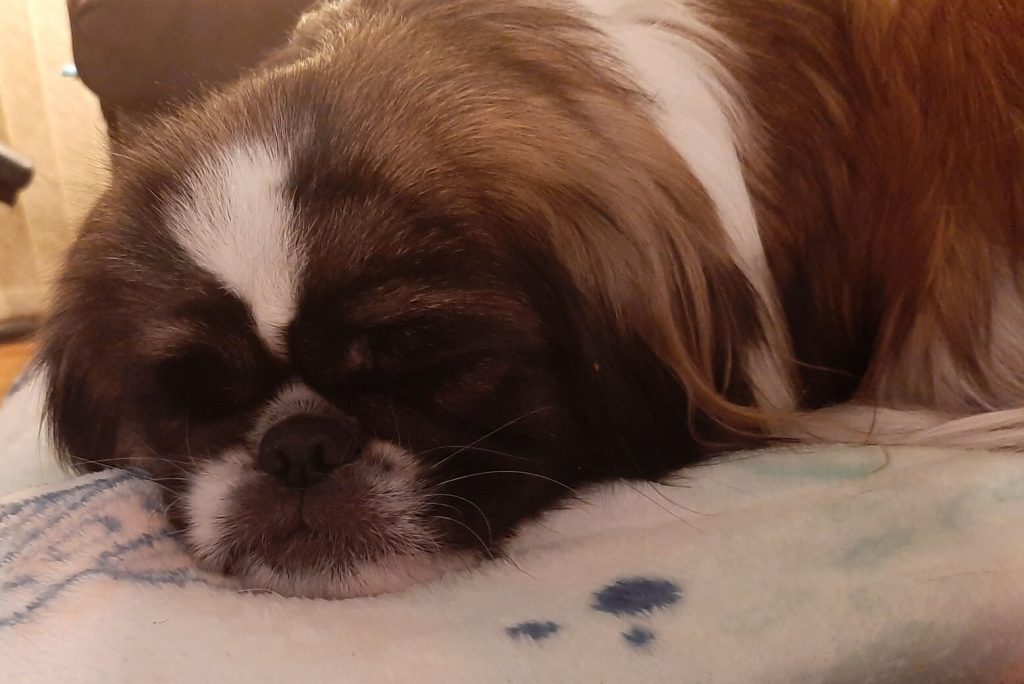 Puppies need to be taken to the bathroom no later than thirty minutes after a meal.

Food content can also make a difference in how often your companion is going. Puppies should be on an appropriate diet and should not be changed to adult food until they’re grown up. Puppies need food with plenty of nutrients and no fillers.

You may want to work with your veterinarian to make sure you’re picking the right food for your new companion. You want your puppy on the best food possible to help them grow.

While it may not be noticeable in early puppyhood, different breeds have different standards for what’s normal. Some breeds can hold their bladders longer than others, and some may need to poop more than others.

Don’t panic if your growing Yorkie seems to be pooping less than your German Shepherd ever did. As long as their stools are healthy and they aren’t in pain, it’s probably nothing to worry about. 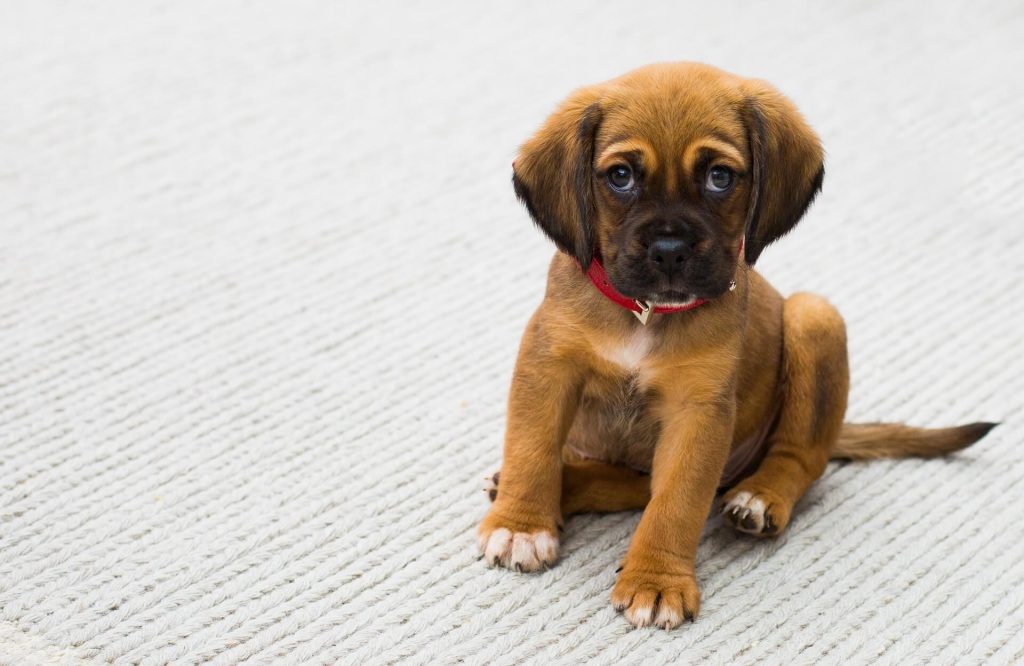 As dogs grow, certain breeds may produce more poop than others.

While frequent bowel movements are normal for puppies, you should be checking their stools to make sure there’s no problem. I know it sounds disgusting, but it’s one of the best ways to catch health problems before they get out of hand.

If you suspect your companion is sick, call the vet ASAP. Remember that puppies don’t have strong immune systems yet, so if something is wrong they need to get help quickly.

Stools should be solid but soft. They should be a dark brown color. Stools should not be runny, but they shouldn’t be hard as a rock either. This applies to puppies and full-grown adults too.

If you notice any blood or red streaks in the stool, that’s an immediate cause for concern.

You should also watch for any foreign objects that didn’t get digested properly in the stool. For example, I’ve found bits of plastic wrappers in my Pekingese stools before.

Be mindful of white specs that may actually be parasites. If you notice parasites or worms in your pup’s stool, you need to call the vet immediately and get treatment. 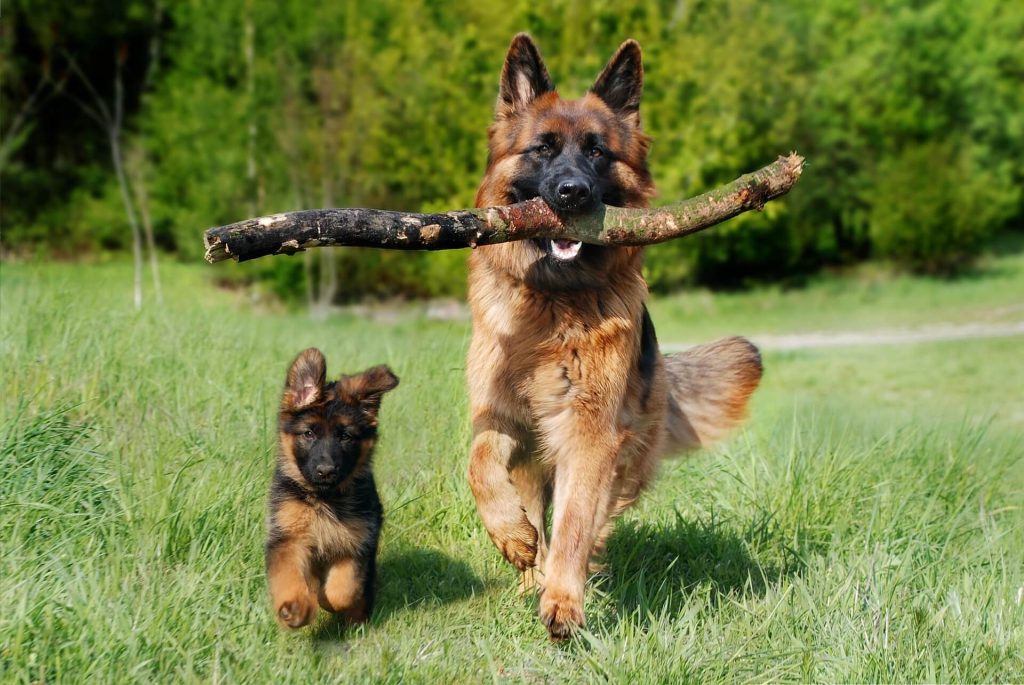 You should keep an eye on your dog’s stools for any abnormalities in color or shape. Observing stools can help indicate health problems.

If your pup’s poop is runny and more liquid than solid, they likely have an upset stomach or diarrhea. Dogs can get an upset stomach from just about anything, but it’s important to be on high alert if it’s a puppy.

It’s possible they just ate something off the ground that didn’t agree with them, but watch them carefully anyway. You don’t want to take any chances. If their upset stomach doesn’t go away after twenty-four to forty-eight hours, call the vet.

It’s equally concerning if your puppy isn’t pooping enough or at all. As inconvenient as it can be for us, your puppy should be going multiple times a day. If they aren’t pooping often and seem to be straining to poop, there may be a problem like constipation or worse.

They may have an intestinal blockage, which is an immediate emergency vet visit. Intestinal blockages can be caused by chewed-up toys, large treats, or anything your dog picked up that they shouldn’t have. It stops foods and liquids from passing normally.

Puppies may also poop more or less if they aren’t feeling well or not eating or drinking enough. Watch your puppy for any signs of lethargy, lack of appetite, or dehydration.

If your puppy starts vomiting at any point, you need to be keeping an eye on them. If they throw up multiple times and seem to be in pain, you need to call a vet. 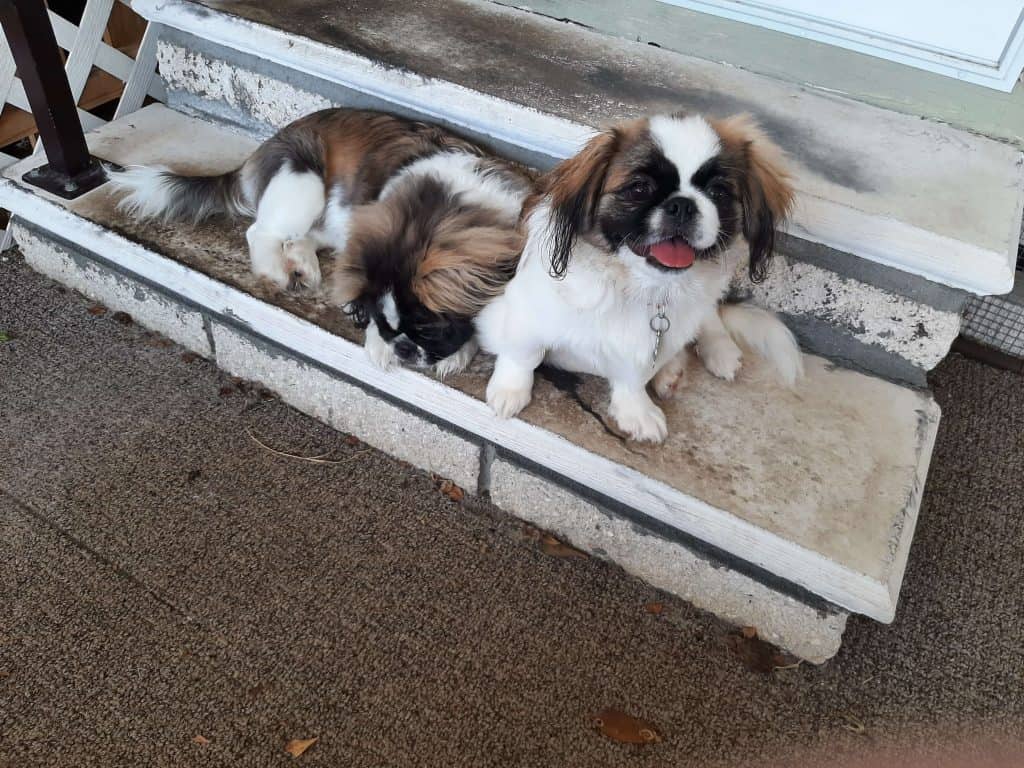 If your puppy is pooping more or less than usual, watch for any other signs of pain or sickness. Vomiting, lethargy, and diarrhea are all red flags to watch for.

Puppies poop (and pee) a lot. It’s normal and nothing to worry about, usually. The important thing is to learn what is and is not normal for your individual dog as they grow. As you raise them, learn the signs that they’re in pain and need help. Since they can’t tell us directly, it’s up to us to read their body language.

Make sure your puppy is on a healthy diet for their age and breed, as this can affect how often they need to go and how healthy their stools are. Keep their breed in mind as they grow and don’t worry if they eliminate more or less than your neighbor’s dog.

Get used to inspecting stools early so you know what to look for and what’s healthy. If your puppy’s stool is runny, too hard, or a different color, there may be a problem. If they have runny diarrhea, they may have an upset stomach from something they ate or a health problem. On the other hand, if they aren’t popping enough, they may be constipated or have an intestinal blockage.

When in doubt, call your vet right away. You don’t want to take chances with puppies. 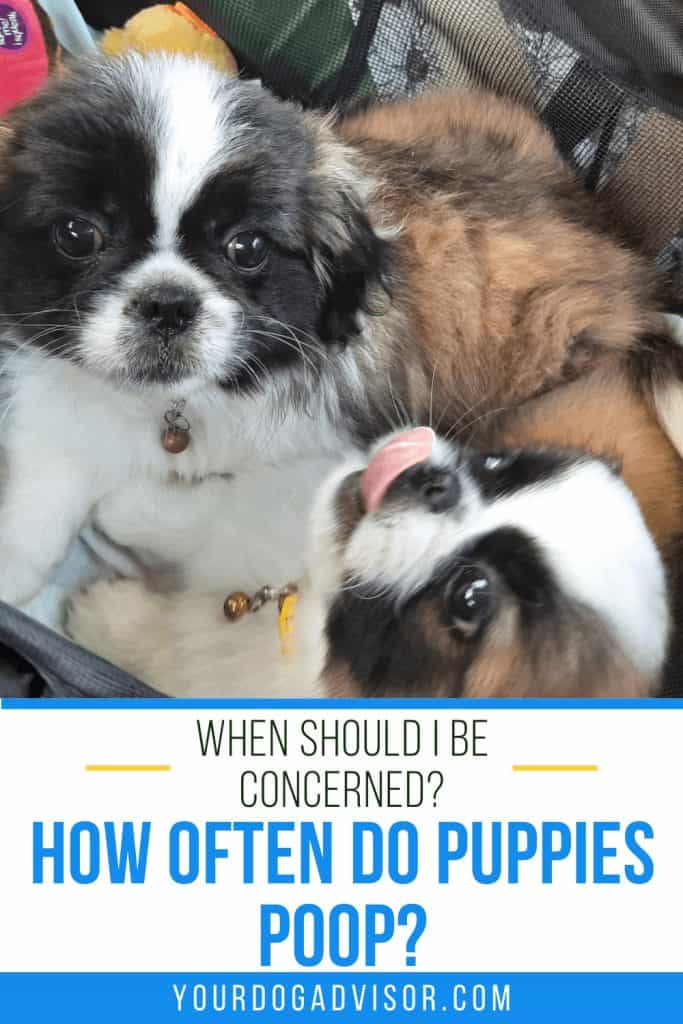 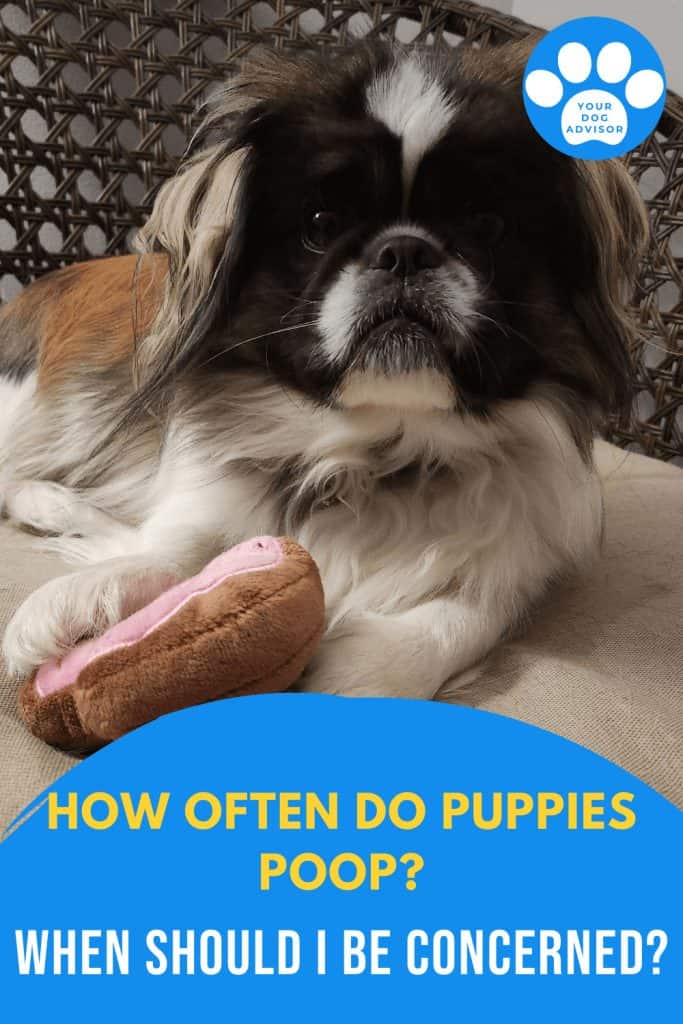