Pekingese are one of the most recognizable dog breeds, and they have big personalities in those tiny bodies of theirs! Because they are a short-nosed breed and have a lot of fur, they can be a little high maintenance. Despite this, though, once a Peke loves you, you’ll find no more loyal friend. Here are 11 things you should know about this fluffy character, the Pekingese. 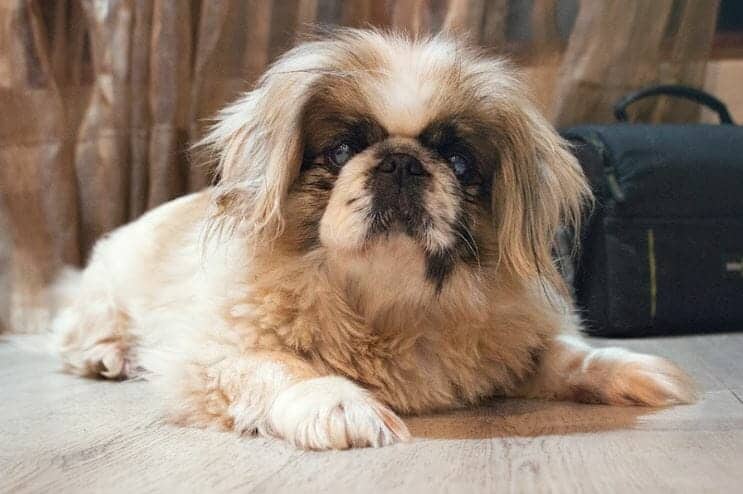 Pekingese are brachycephalic, or short-nosed dogs.

1. These fluffs are royalty!

The Pekingese originated in China (Peking, which is now called Beijing!) around the 8th century and were bred to be companions of Chinese royalty. They served two purposes – being lap dogs when kings and queens were feeling cuddly, and guard dogs – yes, this little pooch makes a ferocious protector! Pekes were bred small deliberately, to fit inside the flowing sleeves that royals wore. They were unleashed when the occasion called for some sudden protection.

Despite the fact that stealing one of these fluffs was punishable by death, the Pekingese managed to find its way into Britain after some of these royal pooches were rescued during a British raid. From there, some were gifted to Americans, and so the Peke made its way across the world. They’ve never forgotten their blue-blooded heritage, though – their pride, courage, and dignity is proof of that!

2. They are the stuff of legends

The legend of these lovable fluffy pets is based on love! The most common story involves a noble lion and a tiny marmoset monkey who fall in love. Of course, the logistics of this are a little difficult, so the lovestruck lion petitioned the Buddha to help his plight. The Buddha shrunk the lion down to marmoset-size to allow them to be together – and so the Pekingese was born!

It’s no surprise then, that these big-hearted fluffs are also known as the “lion dog” (so is the Shih Tzu!). Despite their monkey-like size, they possess the heart and courage of a lion. Get on the wrong side of one, and you’ll find the lion coming out pretty quickly! 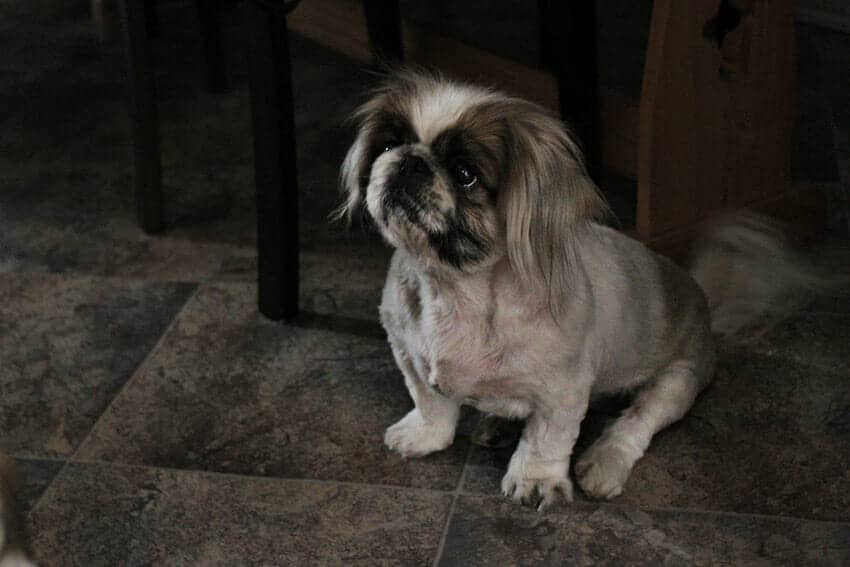 They possess plenty of courage and are proud and dignified dogs.

3. They fall into the group “Companion Dogs”

Pekingese don’t need a lot of space, and so they make great indoor dogs. Their loyalty, calm demeanor, and affection for their owners make them excellent companions. They generally don’t need a lot of exercise (a short daily walk will do), and are usually quite happy to relax on a couch (or a lap) and survey their surroundings.

Although they make great friends, not all Pekingese are great with kids. That Peke pride won’t take kindly to rough handling and they can be possessive of food and toys, as well as protective over their owners.

4. They are susceptible to certain health problems

These pups were bred to have a flat face, and while short-nosed pets are trendy, their facial structure makes them vulnerable to certain conditions. Firstly, because of their squished faces, it can be hard for them to eat or drink and breathe at the same time. Also, their mouth may be small but they still have the same amount of teeth as other dogs! This can result in their teeth growing at all angles and make eating difficult.

A group of conditions for the basis of a general syndrome known as Brachycephalic Airway Obstruction Syndrome (BAOS) is what owners of these type of pets need to be aware of. These include things that can make breathing difficult, such as:

These dogs also tend to struggle with eye problems, which also come about because of the compacted nature of their face. These include:

Other things you should keep an eye out for is skin fold infections (as these guys have more skin than most!), dislocated knees, and dental problems.

Because of their copious volume of hair and the fact that they struggle to pant properly, Pekingese tend to dislike the heat. This panting problem means they can’t regulate their own body temperature very well, so it’s up to you to make sure they are warm when they need to be but don’t overheat.

Their short, stocky body type also means that they aren’t really swimming dogs. While a healthy, active Peke may enjoy a frolic in the pool sometimes, it will usually be when their owner is present and keeping an eye on them. Be sure to pay extra attention in summer and do what you can to keep your pooch cool! 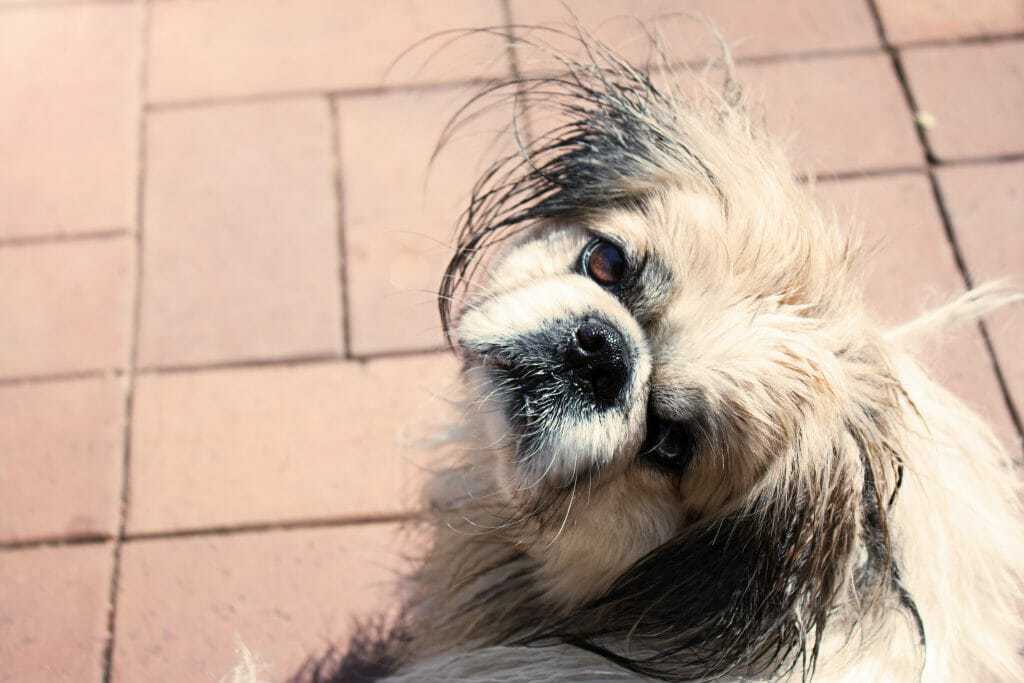 Although Pekingese’ body structure makes them not very good swimmers, a dip here and there can do wonders for keeping them cool and happy!

Because of the flat nature of their faces, Pekes tend to snort and snuffle a lot more than other pets. This can be endearing to some, and quite worrying to others. Heavy breathing, rather loud panting, and all-night-long snoring are common with these pups.

Generally, this is nothing to worry about. It is a good idea to pay attention to what your Pekingese sounds on an average day, so that if there is any change or sound that is cause for concern you will be able to pick it up.

If there is one overriding characteristic that Pekes are known for, it’s their stubbornness. Their lion-side (in conjunction with their royal status) makes them courageous and loyal, but also means they are proud, opinionated, self-sufficient, and have a definite “my way is the highway” attitude.

For Peke owners, this likely means you will butt heads from time to time. If your pup wants to do something, they will do it, regardless of your admonishment. In the same vein, if they don’t want to do something, there’s not much you can do to change their mind. If you want to know how far their stubbornness goes, if they don’t like the food you’re feeding them they will go on hunger strike – which will most likely only end when the panic-stricken owner feeds them something else, rather than the pooch giving in to hunger! 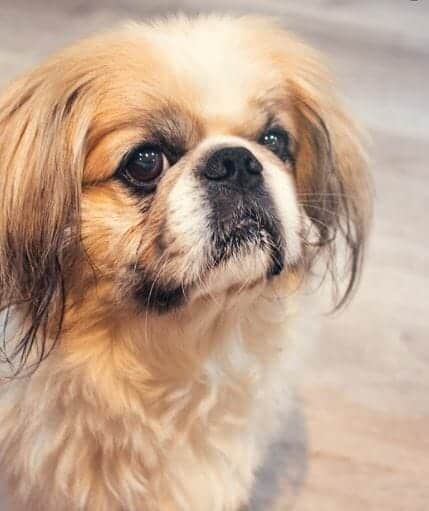 Pekes have a mind of their own and are highly independent.

This breed is seriously fluffy. If their fur is left to its own devices, it can become long, matted, and very scruffy. Because these stocky little guys have short legs, the fur under their tummies drags along the ground and tends to pick up dirt, leaves, and whatever else they’ve walked over. It is therefore in their best interest (as well as in the interest of keeping your house clean!) to make sure they are groomed as often as is necessary.

Of course, considering these dogs’ stubborn nature, they may not enjoy being groomed very much. If you can groom them yourself instead of sending them away to a stranger, that would most likely be far more comfortable for your pup. If you need some tips for grooming an unhappy pet, check this out!

Washing, brushing, and making sure their nails are trimmed not only ensures that your fluff looks like the royal they are, but it also assists in preventing skin fold infections (which is another common health issue in these kinds of dogs). They may also need more regular trims on their hindquarters – with so much fur, it’s easy for, um, stuff to get stuck to the hair!

9. They can be tough to train

This is another area that the typical Peke stubbornness and independence can be frustrating to their owners. Once they’ve learned though, you can rest assured that they won’t forget it! These intelligent little guys get bored quick and have a mind of their own, so it’s crucial to keep them entertained and curious while training. 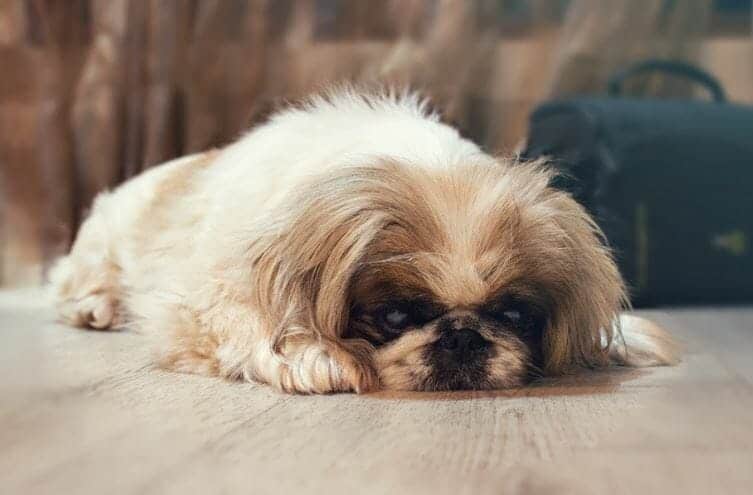 It may take a few tries before you fall into a flow of training that works for both of you. There are many different ways to train a dog, and you’ll need to take into account the royal dog’s stubbornness and independence when choosing how to do it!

Pekes can actually be hard to identify if you aren’t quite familiar with them. This is because they come in a wide range of colors, and can also be long-haired or closer to a spaniel-type coat. This comes down to genetics. Their coats can have a number of different markings, and their faces can sometimes have a “black mask”. All white Pekingese are rare but highly prized, as they were back in their Chinese royal court days.

Albino Pekes are sometimes bred that way for the wow factor, and are all white but for their eyes, which are pink. These pups can suffer from some serious health issues though, and it is recommended not to get one from a breeder so as to discourage their breeding.

These fluffs may be lower on the popularity scale (although we can’t imagine why), but there have been some well-known characters over the years. Here are some of the little celebs: 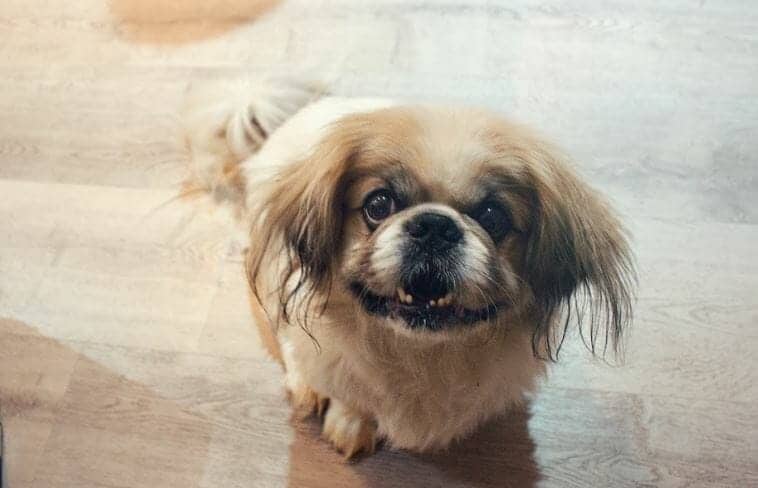 Pekes are full of personality!

Pekingese are lovable, affectionate, and supremely loyal pets. They tend to be a misunderstood breed, but a little research shows that although they still retain their regal attitude, they make amazing companions and are total cuddle-fluffs! 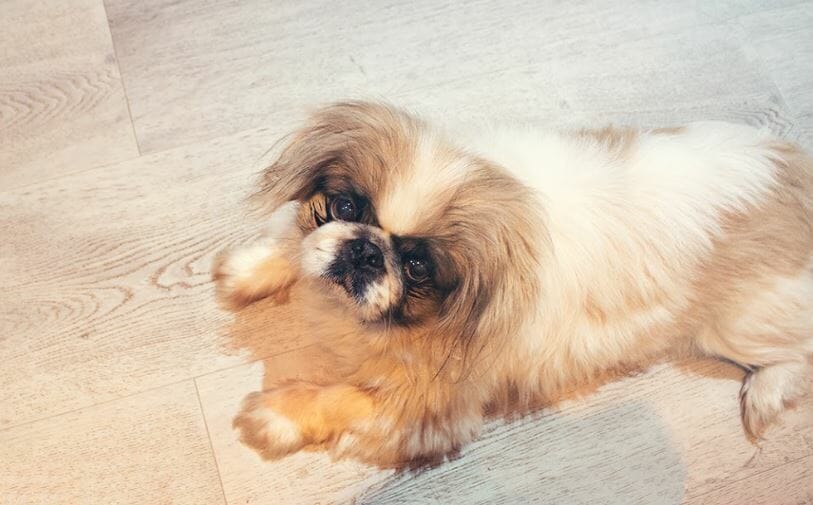 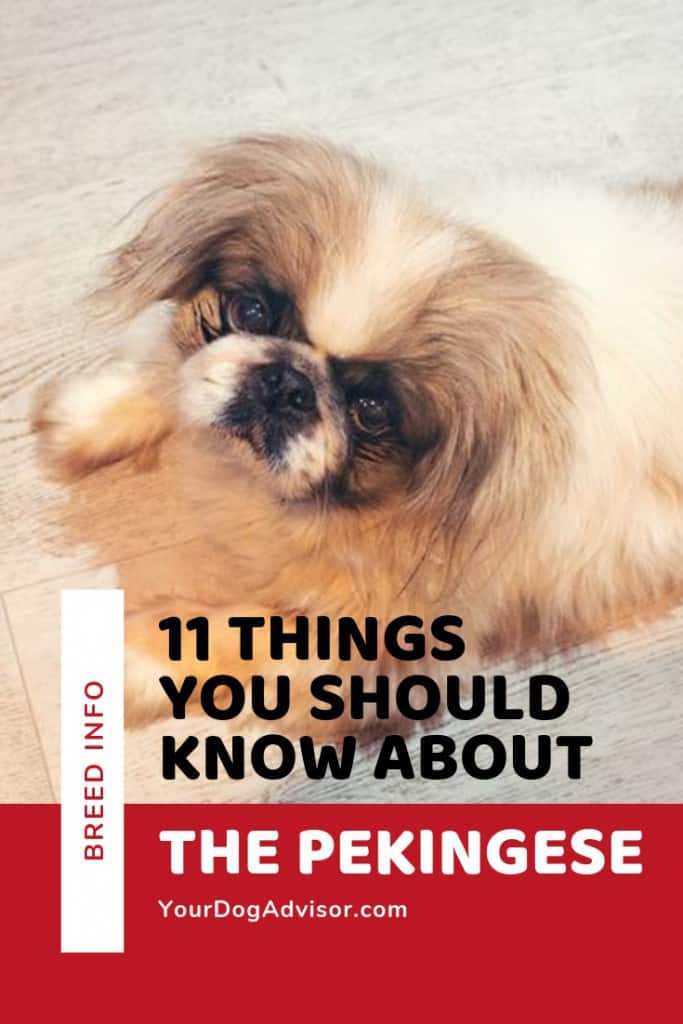