Adopting a pet is awesome. It’s priceless to say the least.

You can’t just bring any pet home though. Nope that just won’t do.

In the eyes of many pet lovers from all around, you need to adopt a mutt. Not only is the month of July known for National Mutt Day (which is July 31 to be exact), but it’s a great time to cover why it’s worth considering the opportunity to adopt a mutt from a reputable humane society or shelter.

For the sake of clarification, a mutt is also known as a mixed-breed dog. It has many people left with curiosity about where certain breeds come from in the first place. It’s not the only reason.

You might even have some validation already coming to mind, but it’s been taken a step further with this ultimate guide listing the most popular reasons pet owners have swayed towards going with a mixed breed they adopted from the shelter over a highly expensive pedigree bought from a breeder.

Without further ado, let’s get to it, shall we? 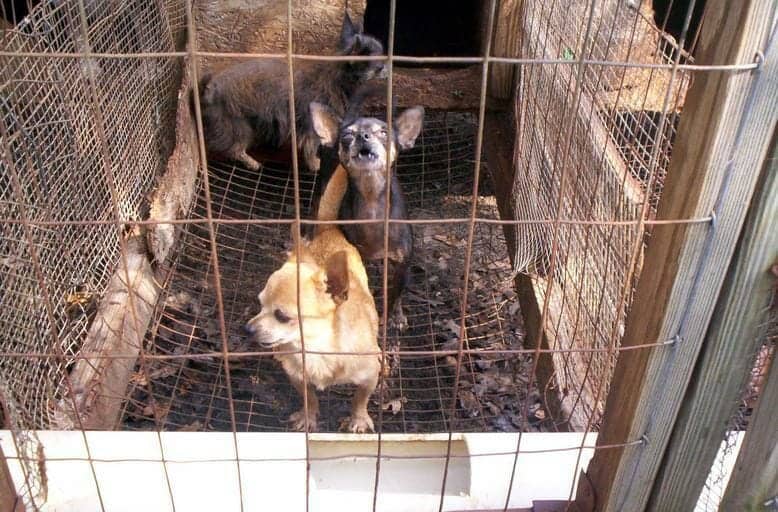 Puppy mills are known for inhumane treatment for the sake of profits. Adoption is one way that we’ve successfully won the battle against them over the years.

Take a Stand Against Puppy Mills While Making a Positive Impact

Puppy mills are known for making profit a priority over the health and wellbeing of animals, and it’s become quite the epidemic in recent years. Instead of shelling out cash where it seems that those involved have lost a touch on humanity, go to a better source.

Of course, this is your local animal shelter, dog rescue, or humane society where the animals aren’t exposed to harmful living conditions. Instead, they’re prepared for the day of adoption and a happy dog is ensured, no matter how difficult it may be.

When you adopt a mutt, you’re simply taking a firm stand against puppy mills. You make sure any fees go to a good cause and that you know as much about your new best friends as you possible. It’s a no-brainer, and this is one of the strongest reasons one should choose this route over other options.

Dognapping is real. However, it’s not as common with mixed breeds.

Yes, you heard it right. There are “dognappers” out there that primarily target expensive purebred dogs, even though it does vary. Their gain? The ability to resell a dog for a high amount of money that they stole right out from under your nose.

When it comes to a mixed breed, you won’t find it as common for them to be the victim of a dognapping. Primarily due to their low value and the fact that they’re much easier to come by.

For those who like staying with the trends, numbers prove this is one.

It may be hard to believe, but a state-by-state overview of the most popular breeds backs this statement. Instead of most of the top dog breeds among dog owners today being different kinds of purebreds, it’s none other than various mutt breeds. It’s almost like nobody saw it coming, but the millennials might have helped.

There’s no true answer why this is a growing fad, but by the way things are looking, it’s going to continue to rise as well. If you want to embrace trendsetting breeds, having a mutt is exactly how you can do just that.

Many purebred dogs have a high chance of being prone to diseases, usually passed onto them genetically by their parents as well as those in the earlier generations. It’s no secret anymore.

However, with mixed breed dogs, it has been proven that they’re at a much lower risk of contracting genetic diseases known to plague purebred. Their genetical structure is made up differently which helps, and there are many other factors that play a part as well.

If you don’t want to risk hefty vet bills, the need to regularly fill prescriptions, and the other downfalls that come with genetically inherited diseases, it should be no question as to whether getting a mutt is truly the way for you to go while fulfilling your need to have a new addition around the house.

Ensuring you have a healthy dog couldn’t be easier. Of course, if you don’t want to go this route you now know to prepare for the unexpected when going with other routes. It’s the only way. 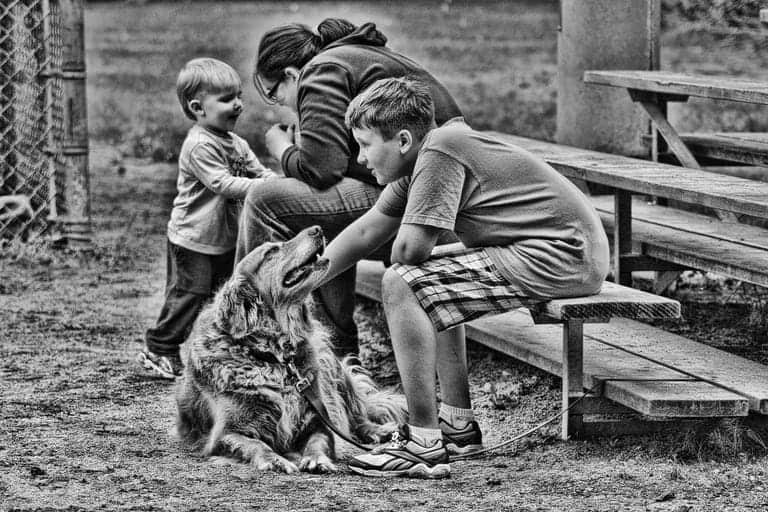 Mutts are known for their awesome personalities, friendliness to kids, and their ability to adapt to being in a family-focused environment. You may have to socialize your dog depending upon its upbringing, but that’s a piece of cake.

One more thing worth noting is that a lot of kids prefer a mix breed dog over some of the purebreds. This could be because of how they can catch one’s eye or just the general uniqueness.

Lower cost of adoption makes it a financially sound option to pursue.

Adoption fees range from under $100 up to $400 on average. There are a lot of factors that go into play such as the treatment the dog needed upon arrival to the shelter, its breed, and how much dog training they’ve successfully completed.

This is a great savings in comparison to the thousands of dollars it takes to get a full-blood pup. No more breaking the bank to get a new pet, just embrace the more economical approach of all! Simple as that. 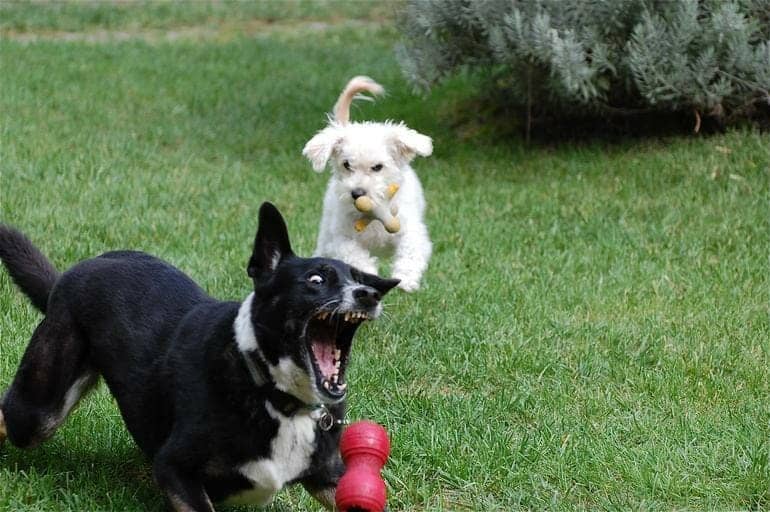 Life doesn’t have to be serious all of the time! Let loose and turn the fun up!

Maximize the fun, and let it be a mystery for you/your family to unravel!

Figuring out what kind of dog you adopted could turn out to be a family game everyone is sure to remember. Who doesn’t like surprises? If they’re pleasant ones of course.

Rather than spoiling it, leave it open by not digging into its breed. Instead, enlist the help of your household to play a part in the game. And go on this journey of discovery together while you really get to know your dog and its genetic origins to wrap up your arrival from the trip home.

Setting the example proves you’re a leader and have compassion.

When you adopt a dog, it becomes self-explanatory. You care about the little things in life, providing second chances, and you go above and beyond to ensure you make a positive impact in the world.

People will notice this, whether it be your friends, family, or neighbors. Whether you realize it or not, you’ve really set an example. Many more within your network are sure to follow suit and make the fact that you saved more than just your dog’s life as clear as day.

The impact it makes speaks for itself. 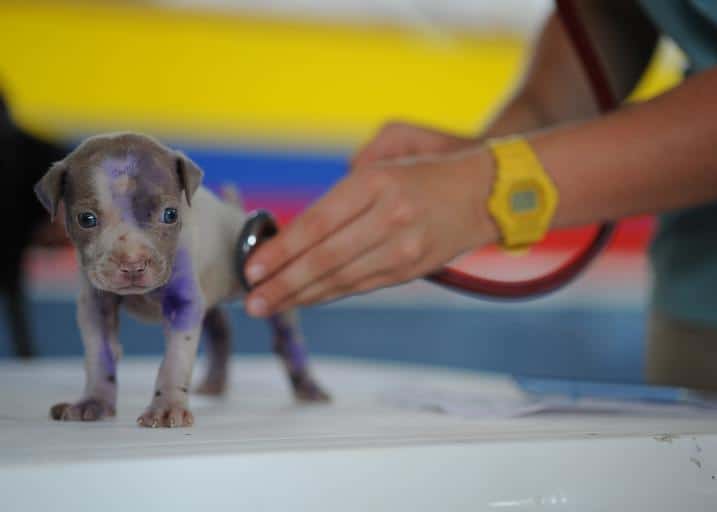 It all gets done right out the gate when you adopt. No boring vet visit before you have to take your new addition to the family home!

Worrying about vaccinations and spaying/neutering is in the past.

Since shelters make sure everything is compliant with local laws and regulations, you won’t be stuck with a huge vet bill. In the adoption fees, vaccinations and spaying/neutering is usually covered to help ensure a streamlined operation at their facility.

A lot of the vets volunteer their time to help shelters run healthy programs and ensure those adopting have healthy dogs to take home. All in all, this will also help you get the services at a much more affordable price point than you would normally receive personally.

You’re saving a life which will make you all warm and fuzzy inside.

Unfortunately, shelters and humane societies reach their maximum population rather quickly and this puts the lives of many dogs at risk. When you adopt, you prevent the need for a mutt to be put down simply due to not having a home.

When you save a life, you tend to get a sense of fulfillment within your soul as it warms your body physically. Adopting mutts from shelters is a simple, yet effective way to embrace this way of life. Not to mention, you’re making sure that it has a long-term home that it can enjoy for many years to come. By the way, you’ll also be able to help enhance your pet’s training yourself to ensure they reach their peak. 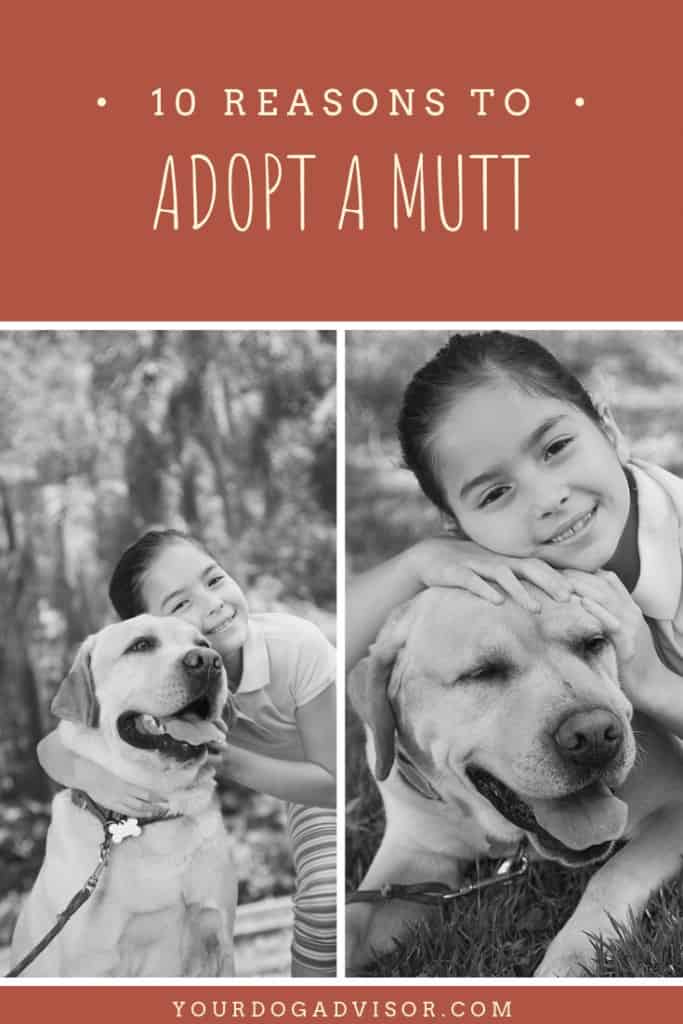