At the sight of you, your dog goes around in circles. Apart from shaking his tail, he jumps on you like crazy, too. By the looks of it, he’s happy.

In this post, let’s check out the different signs that will tell you that your dog is happy. This way, you’ll know when to be happy, too. 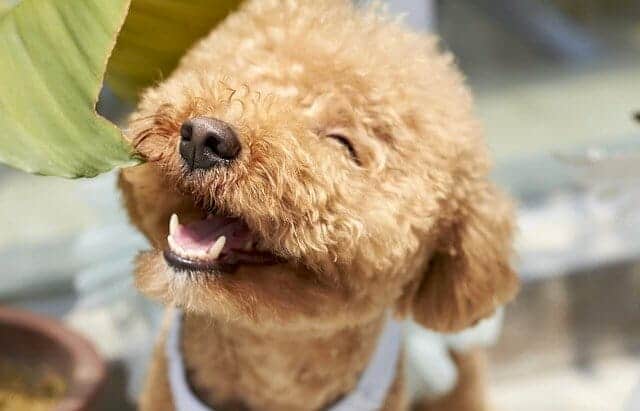 Your dog may be all smiles. But are you sure he’s happy?

Does your dog blink often? Is his gaze soft? Is his brow smooth?

Does he seem relaxed when you pet him?

If so, you can say he has a happy heart! From what it seems, he’s at peace with everything around him.

And it’s a sign that he likes his environment. He just lets matters be the way they are!

What a smart boy!

A teachable dog means a smart dog. But did you know that it’s also a sign of a happy dog?

After all, obedience is a clear-cut sign of a well-behaved dog. He obeys you because he’s happy about the fact that you’re his teacher!

Wanting your dog to speak actual words so he can greet you in the morning is wishful thinking. Sadly, dogs are dogs and they can’t speak.

They’re polite in their own way. And that’s by not showing any non-stop and inexplicably loud barking, submissive urination, and other telltale signs of destructive behavior.

Your dog is fine when other dogs are around.

Whenever you have time, try taking your dog to a dog park. That, or any place where there are lots of others just like him.

Well, does he welcome other dogs with open arms? Does he befriend them?

If so, that’s a good thing. That’s a sign of happiness!

When a foreign element is put in front of them, dogs typically respond by barking. Some will bark non-stop until that object is nowhere to be found. Other dogs just get tired over time.

But if you hear your dog barking in an odd manner, it’s his way of saying that he recognizes the foreign object. He knows that it’s probably just one of his chew toys, your shadow, or something familiar.

When he lets out this odd (and often high-pitched) bark, it’s a sign. It’s a sign that he’s barking because happiness is all over him!

Your dog eats the best dog foods and he also eats whatever he can. It can be irritating sometimes because he’ll also eat – and beg for — whatever you’re eating. But don’t worry.

In fact, it’s good. A dog with a good appetite is a happy dog!

7. Leaning is his thing 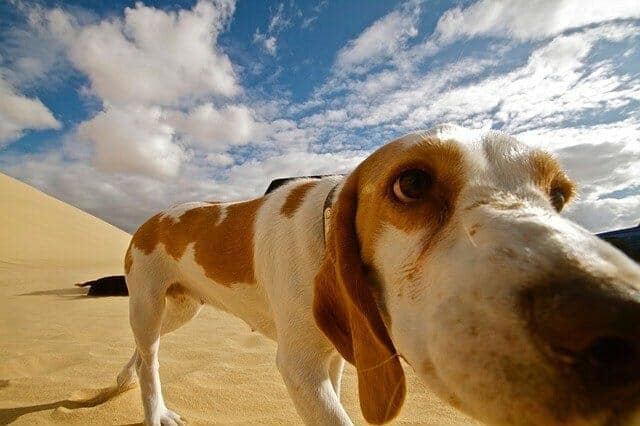 He likes you if he leans into you!

Does your dog make a habit out of leaning into you?

It’s as if he wants you to touch him whenever he has a chance. If so, don’t burst his bubble.

It’s just his way of showing you that he likes your touch – and you, in general. That, and he’s letting you know that he’s happy.

So if your dog is physically and mentally well, he can’t help but be the epitome of happiness! He has no reason to be otherwise because you’ve geared him up to be healthy.

Other dogs scoot at the sight of someone unfamiliar. But your dog is not one of them.

Rather than run away, he’ll run toward whatever or whomever is ahead of him. If it turns out to be a threat, he doesn’t mind.

That’s because he knows that he can handle himself no matter the situation. He’s that confident!

Owning a high-energy dog is a plus. That’s because you can always count on him to cheer you up whenever you’re down. And he’ll always be there to do any activity with you.

Some dogs are born to have high energy levels. But the rest aren’t.

No matter what the case is, you should see it: an energetic and playful dog is a sign of a happy dog. 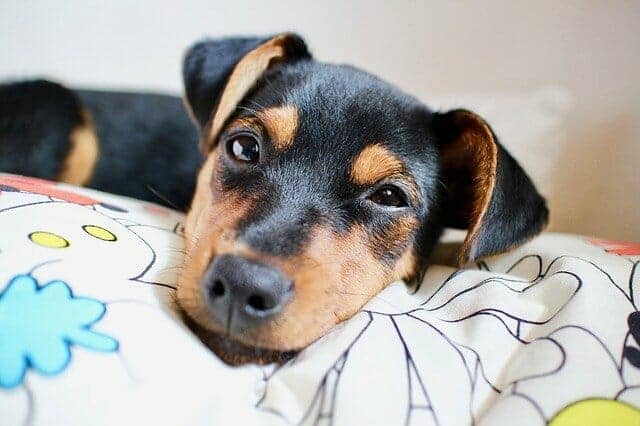 He likes to sleep. That should be a great thing!

If you find out that your dog sleeps a lot, you may think he’s lazy. After all, his to-do list for each day contains 2 basic items: play and eat. And even then, he sleeps like he’s so exhausted over his routine.

Come to think of it, he didn’t do anything physically draining or something stressful. So maybe he is, indeed, lazy.

Maybe. But it doesn’t change the fact that he’s also happy!

For your dog, you’re the boss and he sees it no other way. And because he’s in a great state, he can think clearly so he definitely has no reason to look the other way.

Why are Dogs so Happy? 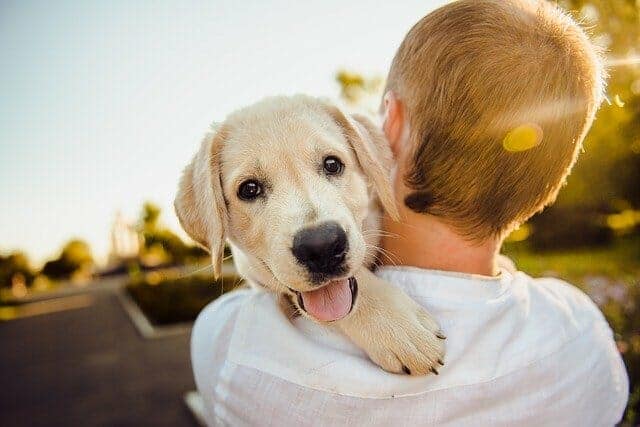 He always wants you around!

Not more than an hour since you left the house to pick up some hardware supplies that you return. And what greets you is this four-legged animal who acts like you weren’t gone only for a short while. For him, it’s as if he hasn’t seen you in decades!

He runs around and wags his tail as if he’ll never get tired of telling you that you were missed! If you don’t see that as a sign of happiness, you’re out.

He is infectiously happy that you can’t help but feel warm and fuzzy on the inside. As much as you think he is overreacting to your return, you have to admit it: you adore him even more for his loving nature.

But why is he so happy to see you? Come to think of it, why are dogs, in general, so happy?

Well, in this post, let’s explore the reasons why. As the title suggests, your dog’s happiness will be explained. 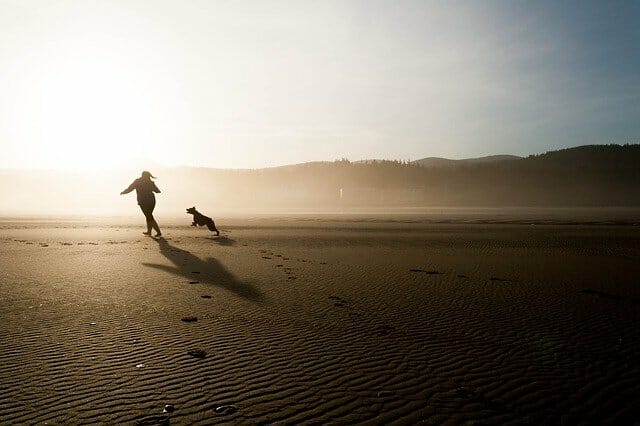 He gives what he gets!

The first reason for your dog’s happiness is obvious. He loves to eat so he’s happy.

Give him chunks of meat, pieces of dog food, or even bits of your burger and he’ll have a happy heart.

Try putting yourself in his shoes. If someone gives you food, wouldn’t you be jumping for joy as well?

Perhaps, food doesn’t elicit as much of a joyous response from you as from your dog. But to be fair, this has to do with the fact that he can’t have food whenever he wants. You, on the other hand, can.

For example, you can drive to the nearest McDonald’s to enjoy a double cheeseburger meal. Well, can you say the same about your dog?

No can do! So this is just his way of saying he appreciates whatever is given to him. 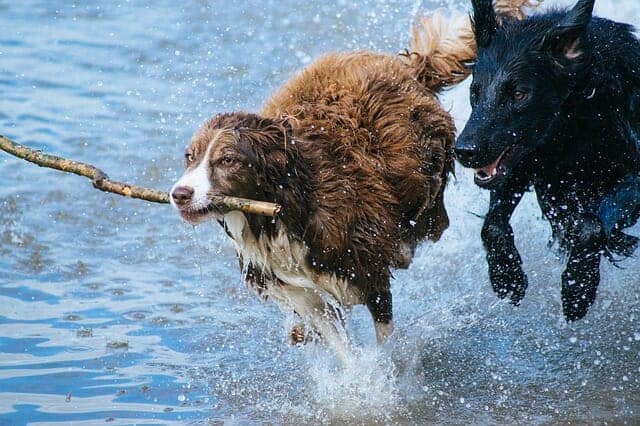 He tends to feel like a ruler after taking a bath.

Then, there’s the fact that he just took a bath. Weirdly enough, you can’t rule out this reason even if he doesn’t usually look forward to bath time.

He might tremble in fear during bath time. But once all is well and done, he’s going to burst out of the bathroom like he’s king of the world.

That’s how he is! And bath time per se has nothing to do with it.

You see, your dog doesn’t care whether he’s clean. If he’s covered in mud, it’s fine with him. If he smells bad, it’s somebody else’s problem — not his!

Then again, it has an effect on how he sees himself. It’s good!

Getting clean affects your dog in a positive light. It improves his self-confidence, boosts his energy, and raises his happiness level.

When you’re cleaning him, it’s as if you’re actually cleaning his spirit — and letting it shine!

Seems unbelievable? Well, try it and see for yourself!

Dogs are playful animals. Don’t be surprised if one of their top priorities is playtime.

Their motto seems to be like this: “Play and play every day!”

So if you’ve just bought him a ball thrower (for instance), you shouldn’t be surprised that he’s so happy. With this toy, he can run and fetch a ball on his own until exhaustion hits him.

It doesn’t even have to be a ball thrower… or an actual toy. You can simply crumple a piece of paper and give it to him. As long as he can play with it, he’s good to go!

In fact, you don’t even have to give him “anything”. Playing with him will do the trick! 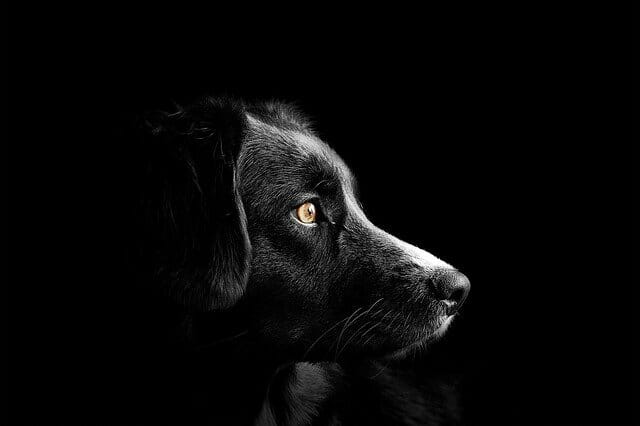 If you don’t play with him, he’ll feel down.

Do you have a high-energy dog? If you do, then it explains why your dog is happy.

You see, it’s in his wiring. He’s created to be happy — and to radiate happiness.

The catch, though, is you have to keep an eye on him practically 24-7. Because his energy is up, you need to be up there with him, too. Play, run around, or walk with him. That, or you could simply pay all of your attention to him.

Otherwise, he’ll get sad. When he can’t use up his energy, that’s going to be his fate.

All because YOU ARE HAPPY 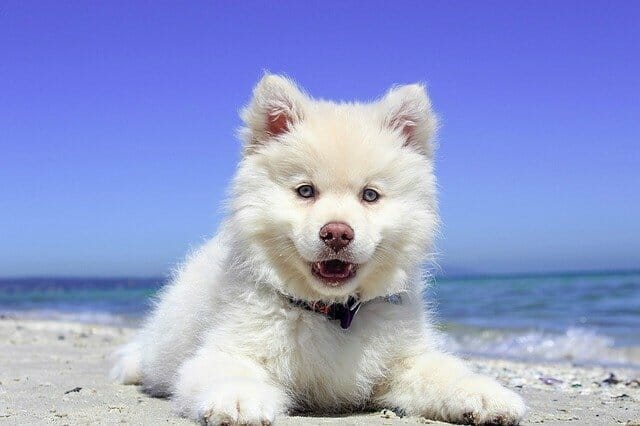 Seeing you happy will make your dog happy!

This explanation may sound cheesy. But this actually tops the list of reasons why your dog’s happiness can go over the top.

After all, your dog is your ultimate follower. Wherever you go, he goes. Whatever you do, he does.

So if he sees you happy, then guess what? He’s happy, too!

It doesn’t matter if he’s suffering from a health problem. Does he have diabetes? Is he nursing a fever? Did he break a body part?

He’ll tend to just shrug it off. He’s selfless so he doesn’t care about himself. As long as he can sense that you’re smiling, he’ll be there — ready to flash a smile of his own!

Dogs are amazing animals. If you don’t have a dog, you’re missing out on one of the best experiences in life: owning and taking care of a dog.

Granted that you raise them right, it’s in their nature to be loving, compassionate, and friendly.

They’re loyal, too. They’ll always have your back if they can feel that you have theirs!

So sure, it can be odd that they’re too happy sometimes. For them, it’s as if everything is a big deal. But is that a crime?

If your dog is happy, then let him be! For how he is, doesn’t he deserve happiness?

Come to think of it, it doesn’t take a lot to make a dog happy. You can just show up and you can expect to see this awesome four-legged animal in pure bliss! And for that, they can influence your emotional well-being and make you happy as well.

That’s how dogs are. They’re not whiners, too.

It says a lot about how they tend to be grateful pets. Whatever they’re given, they’ll always appreciate! 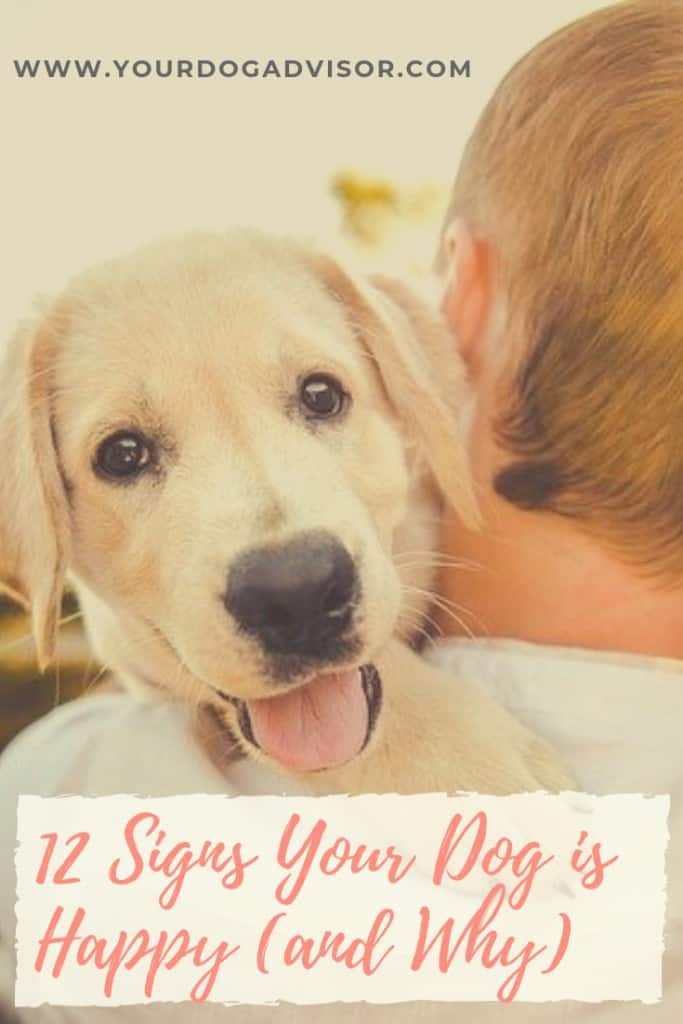