The sense of smell of dogs is strong, which is why sniff time is incredibly important for them. And unfortunately, for some dogs, it’s also the other way around.

Some dog breeds don’t have foul odor. Breeds like the Alaskan Malamute and Maltese smell pleasant by nature.

Then there’s your dog. Wherever you go, he goes. As cute as that is, though, you don’t want him to keep it up.

The reason: he smells bad. Because he follows you around everywhere you go, your path is always smelly. 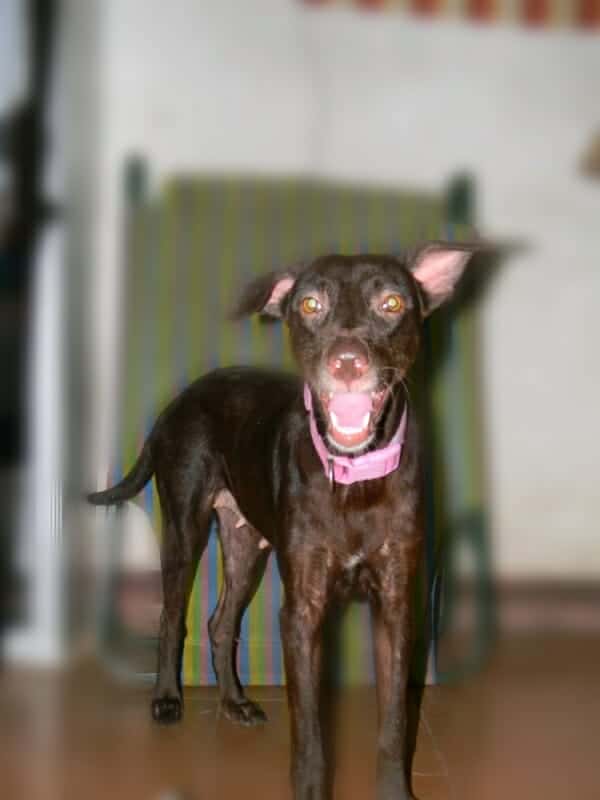 Some dogs smell really bad. But rather than get frustrated, you should take the proactive approach: do something!

So what causes the foul odor? And what can you do about it? 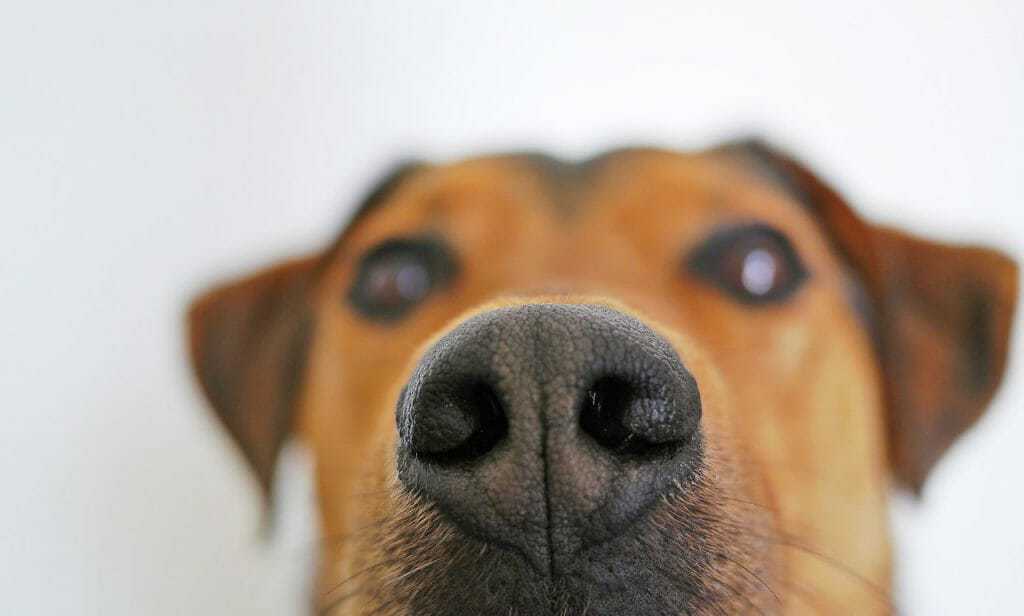 If your dog seems to be scratching his skin, it’s a sign that it’s the cause of his foul smell.

The other term for them is pyoderma.

If your dog has something unusual in his skin, it could be the culprit. If this were the case, all you need to do is get rid of this problem.

Some common causes of pyoderma are as follows: 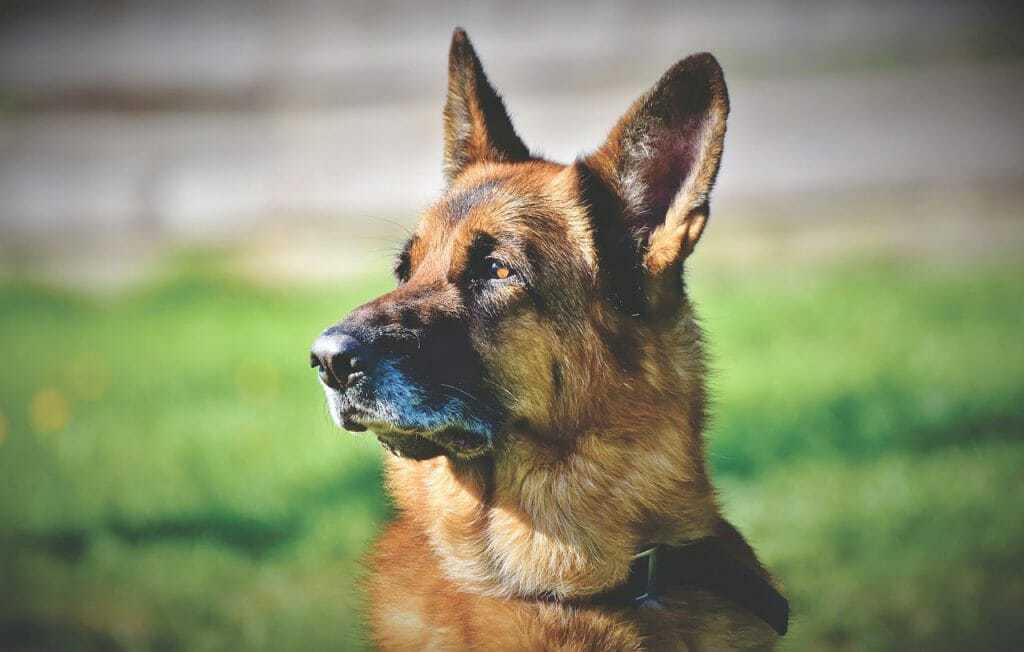 Checking your dog’s ears is a simple and effective way of detecting a problem.

Another culprit is this. Your dog smells bad because his ears might have a form of bacterial and/or yeast infection.

This infection is one of the six most common health problems in dogs. It might not be a problem if they affected your dog in small amounts. Dogs are dogs, after all. It’s their nature to be playful – and tend to contract bacteria while at it.

What you need to do at this point is to find out if some form of ear infection is the source. Here are a couple of techniques that will help you out with this task:

It’s possible that an ear infection is the cause if his ears smell worse than usual. Otherwise, you can rule it out.

Remember, there could only be a problem with his ears if you can sense an abnormality with their ears’ current smell. This means that even if his ears smell bad, you can’t say there’s an infection if they have always smelled bad that way. 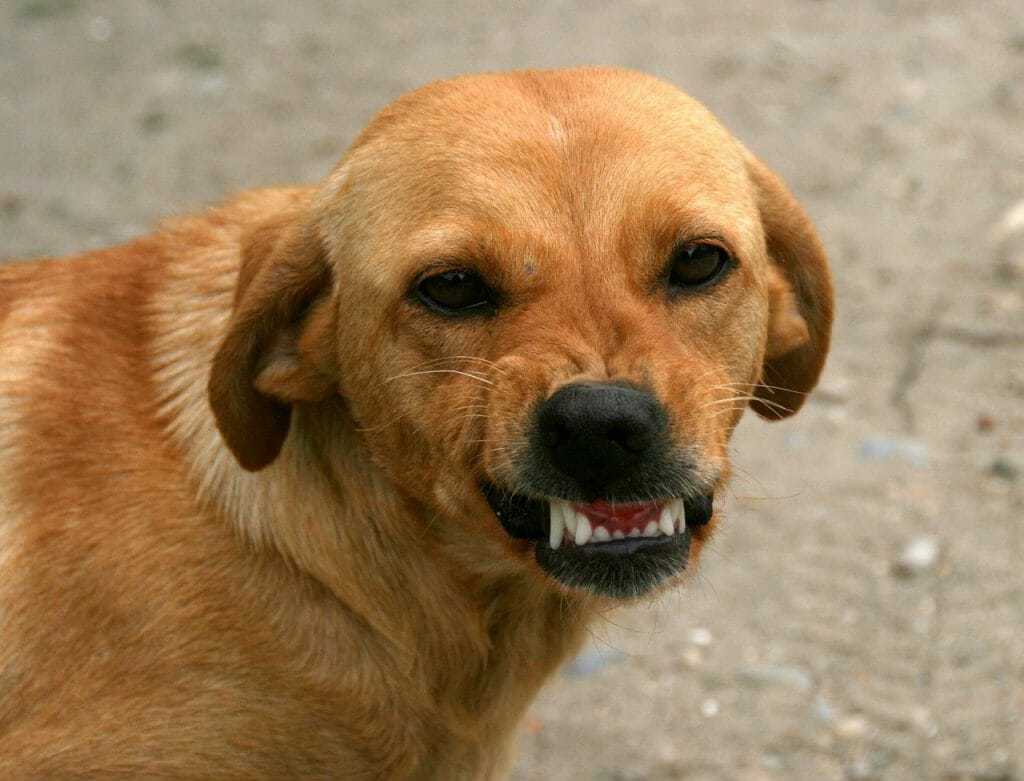 It’s good if your dog has white teeth. From that viewpoint, it looks like he’s alright. But be sure to check his teeth closely.

Some dog owners take for granted the fact that their dogs’ oral health should be a priority, too. If you’re one of them, don’t act surprised if the cause of your dog’s foul odor is his mouth: he has bad breath.

From a bystander’s angle, bad breath in dogs may not seem too worrisome. By the looks of it, all you need to do is give him a good-smelling chew toy.

Sure, a chew toy can help his case. But it does so temporarily. If you let him chew something good, his breath will smell good for an hour or two after that. And that’s it. The next morning, his breath will once again stink.

That’s because he has an underlying periodontal disease, that’s why!

So if your dog has a periodontal disease, giving him a chew toy is not the fix you should be after. Without proper treatment, it could worsen. It could lead to an inflammatory condition such as gingivitis.

For example, if he did have gingivitis and you left it untreated, his condition could progress from stage 1 to stage 2.

With stage 1 gingivitis, he may just be troubled with uncomfortable sensations in his mouth. But if it moves to the second stage, he could suffer a 25% attachment loss.

What to Do with a Smelly Dog?

Want to know if your dog is one of the top smelliest dogs?

The solutions are rather simple. Before jumping into treatment options, though, it’s best to take things slowly. This means: start by acknowledging the cause.

As discussed earlier, the three reasons or causes for your dog’s unwanted smell are as follows:

For example, if the cause of your dog’s stench is a periodontal disease, do you think using solutions for skin infections will get you anywhere?

Actually, it’s good if it doesn’t get you anywhere. What’s bad is that it will worsen your dog’s situation. So first, highlight the cause. And once you have, here’s what you do:

For dogs with skin infections:

For dogs with ear infections:

For dogs with periodontal diseases:

These three reasons that explain why your dog smells bad are just but a few. Because they’re common causes, they could be your ticket to getting rid of the foul smell in your dog for good.

Remember, his nose is powerful. It can do as much as predict a seizure and detect cancer! 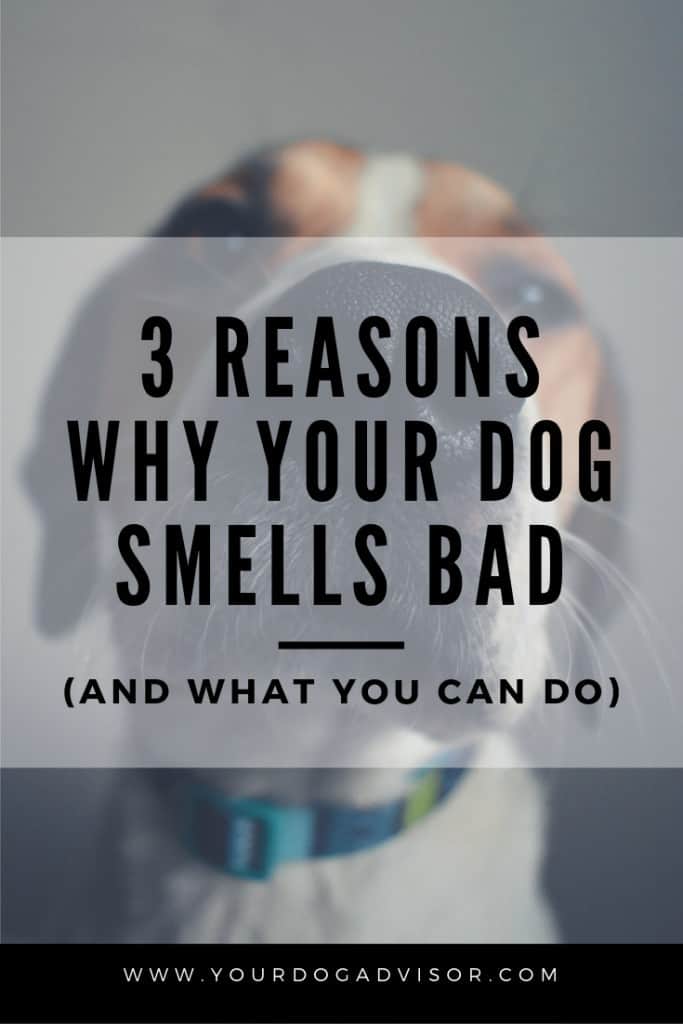