Dogs have different ways of showing their interest in the human voice. Whether they show that interest by running in the room when you call them, or licking you and never stopping, the different ways they give you their attention is quite entertaining.

One of these ways of showing attention is by tilting their heads. If you have ever had your dog do this action, I am here to tell you what it all means!

Should I be Concerned?

Head tilting for the most part is harmless. However, you will want to keep an eye on it, especially if your dog does it a lot. Frequent head tilts might show signs of dizziness or being unbalanced.

Some other things to look for if your dog tilts their head constantly are:

These negative effects of the constant head tilt could be caused by:

On top of this, your dog may have trouble focusing. If any worries come up, consult your vet immediately for a second opinion. 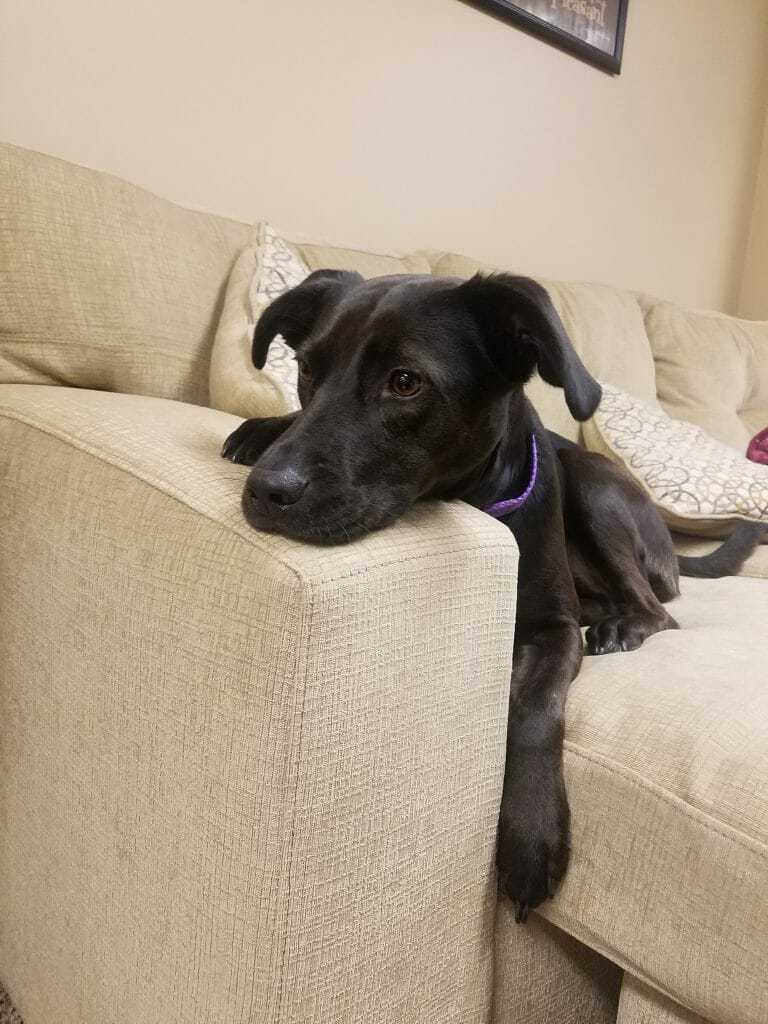 Keep an eye out for possible depression

Facts of the Head Tilt

While below I will list a variety of reasons for the head tilt, here are just a few facts to consider about the behavior:

How to Get your dog to Tilt

If you are interested in training your dog to head tilt to make you more aware when they are curious, listening more, or trying to understand you better, here are a few tips to do so:

If you continuously repeat this process, the dog should begin to figure out that the tilt of the head is a “trick” that they get a reward for. 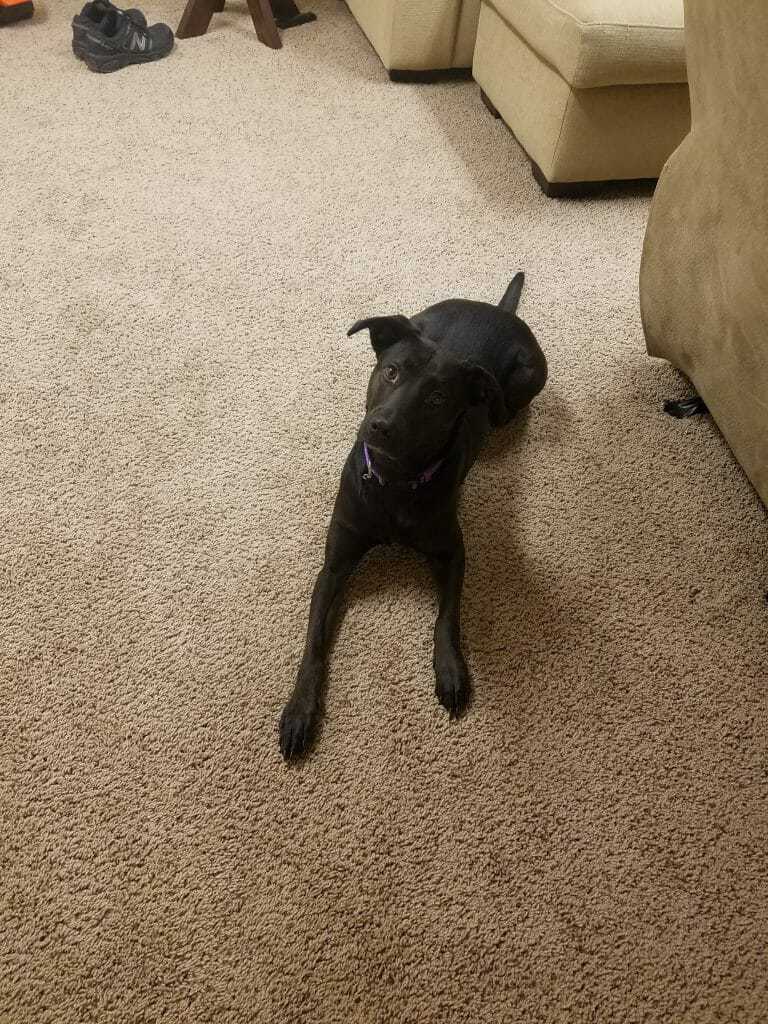 Training your dog to head tilt can be useful

Dogs have a way of understanding your emotions, and reading your body language. As part of the tilt of the head process, empathy can be shown as they are trying to listen to you as much as possible.

The empathy they show by trying to recognize these words can also relate to your tone and the changes of your voice.

If your voice gets higher, lower, or shows different signs of vocal tones, the dog will look to empathize with what you are saying.

A great set of examples of how dogs show empathy are when their owners may have experienced a loss, or feel ill, and may show signs of crying. Our dogs multiple times have come over to us when they knew something was wrong, laid on our legs and showed empathy by whimpering.

While dogs do not always listen to their owners, the head tilt can be shown if they are trying to better understand what we are saying.

While dogs good hearing can understand most of our words, they may use the tilt when we are stating something they want extra hearing on, such as “you want a treat?”

Often times, dogs react to the words by tilting their head to also recognize more words, and increasing concentration as well.

Dog hearing has a lot to do with the shape of the ears. Dogs that have pointy taller ears will be able to hear sounds better, while dogs such as hounds that have floppy ears, will hear less sounds. It also means that dogs are much more sensitive to loud noises than are humans. Loud noises that are tolerated by humans may be scary or even painful to dogs.

Those dogs that have larger muzzles may need that extra tilt in order to be able to accomplish this. The muzzles may be blocking their view of our lower portion of the face, and thus, why the tilt is necessary for these dogs.

Colors are seen differently in dogs. Dog’s vision is usually around 20/75, and they often rely on colors and different sounds to see long distances. While the dog might see a TV or closer item as blurry, they still have to adjust their heads to sometimes see what humans are talking about. 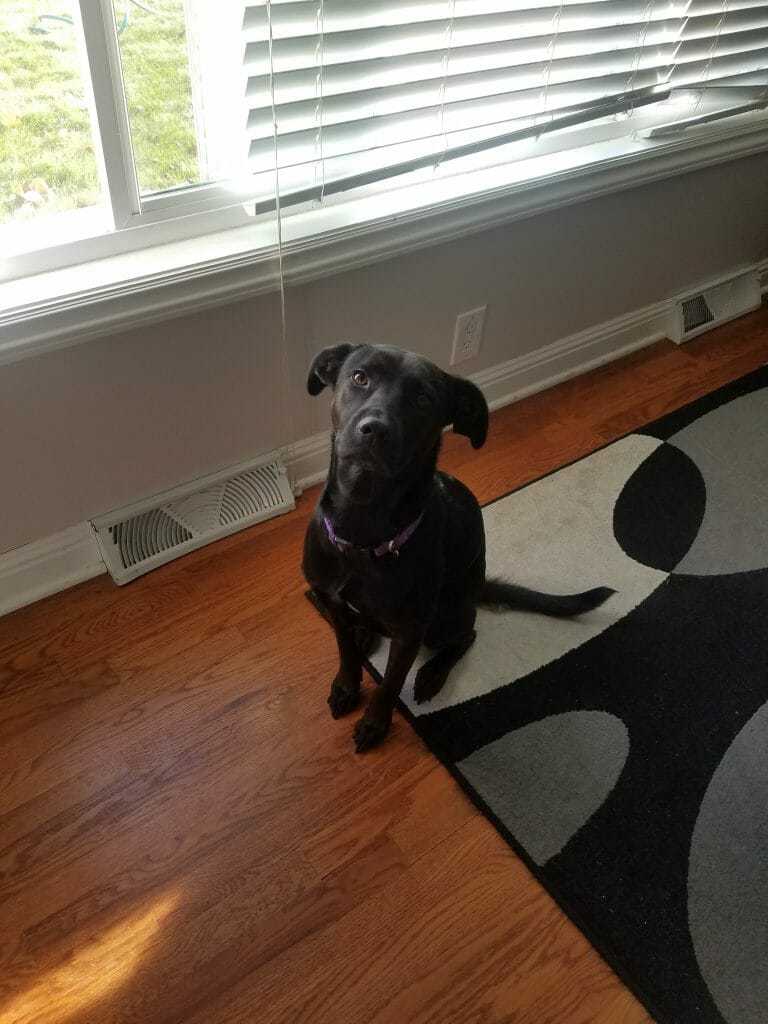 Reacting to things around them

Noises, sounds and words around the house and from the outdoors may cause your dog to react with a head tilt. They may have heard the word that sounds like something they are familiar with, but could mean something different within that context, causing the head tilt.

I have seen my older Labrador do the head tilt as well if a random noise goes off, such as a battery default in the basement on a smoke detector. Dogs are very keen to sounds, and sometimes, the head tilt allows them to get a better grasp on those sounds around the house.

Certain regular noises, or loud noises, may cause different types of reactions within dogs. A possible loud noise they may have not liked growing up may cause nervousness. Your dog tilting its head is just another way they can detect certain noises, and may reassure them that noise is or is not what they thought it was. 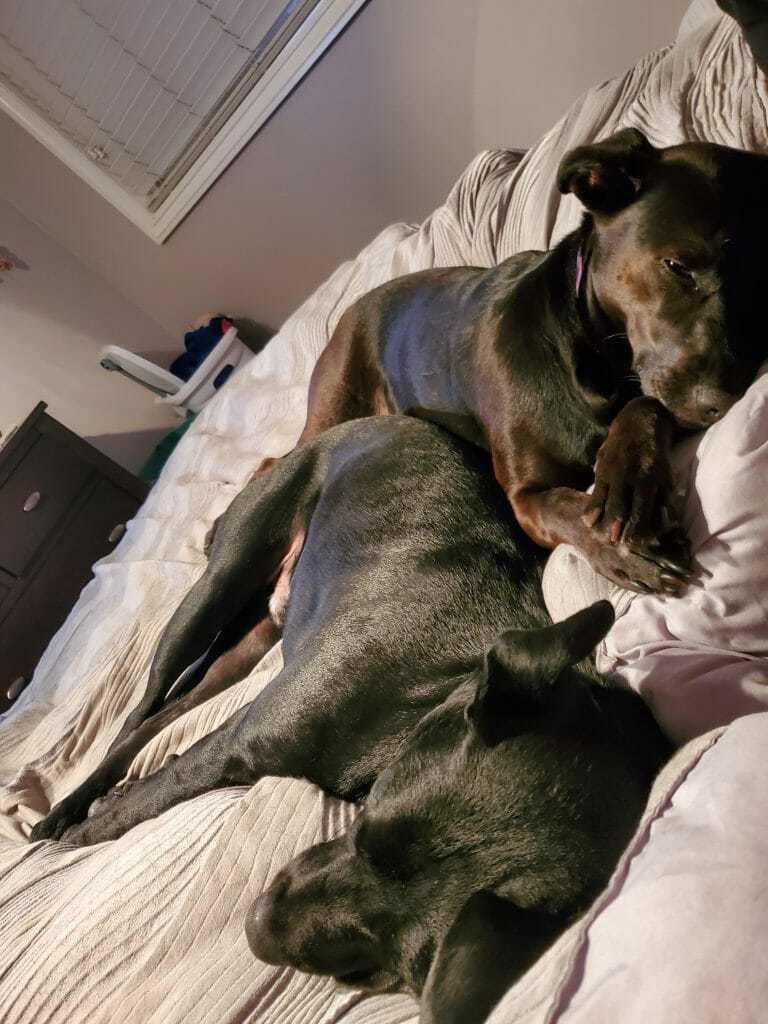 Having Two Dogs can help with depression

The head tilt can be a cute, enjoyable feature of many dogs, and hopefully, you have a better understanding of why your dog might tilt their heads. Please feel free to comment below! 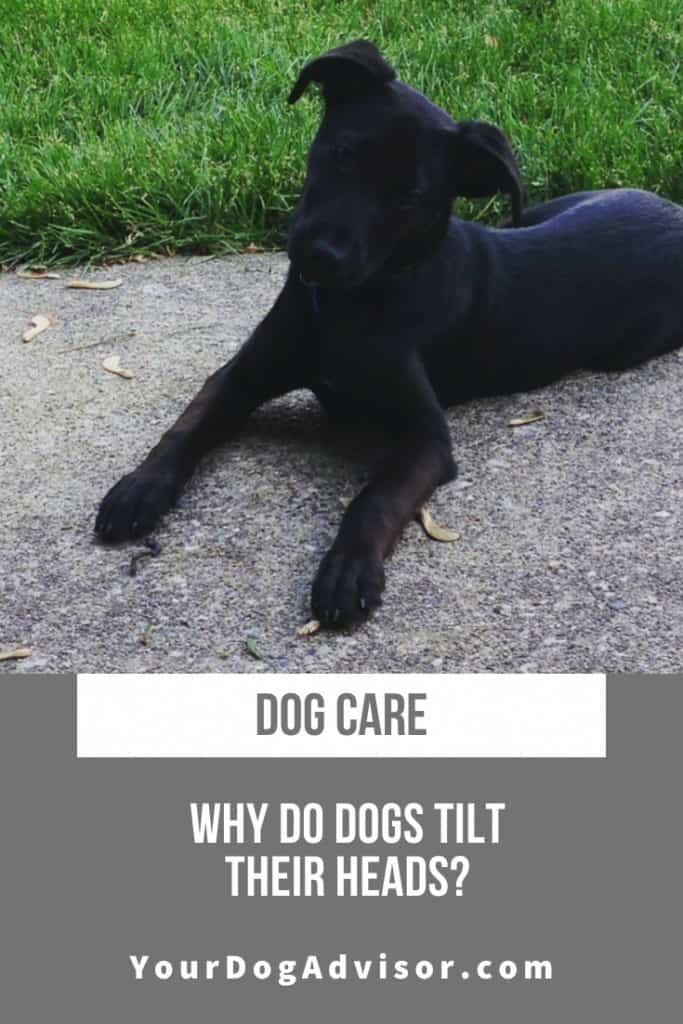