All dog owners are familiar with the strange noises that can sometimes come out of our dogs. As funny as these weird noises might sometimes be, you might also be wondering what’s behind some of the weird noises your dog makes. Read on to learn all about how dogs communicate, find out the meaning behind the weird noises that dogs make, and discover when it might be time to call the vet about a weird noise.

Just listen to this video of my dog, Kyra – Kyra, who loves being in the boat, is crying because she wanted to stop and visit another dog she noticed on a dock as we rode past. This is just one example of the many strange and odd sounds that I’ve heard her make over the years. 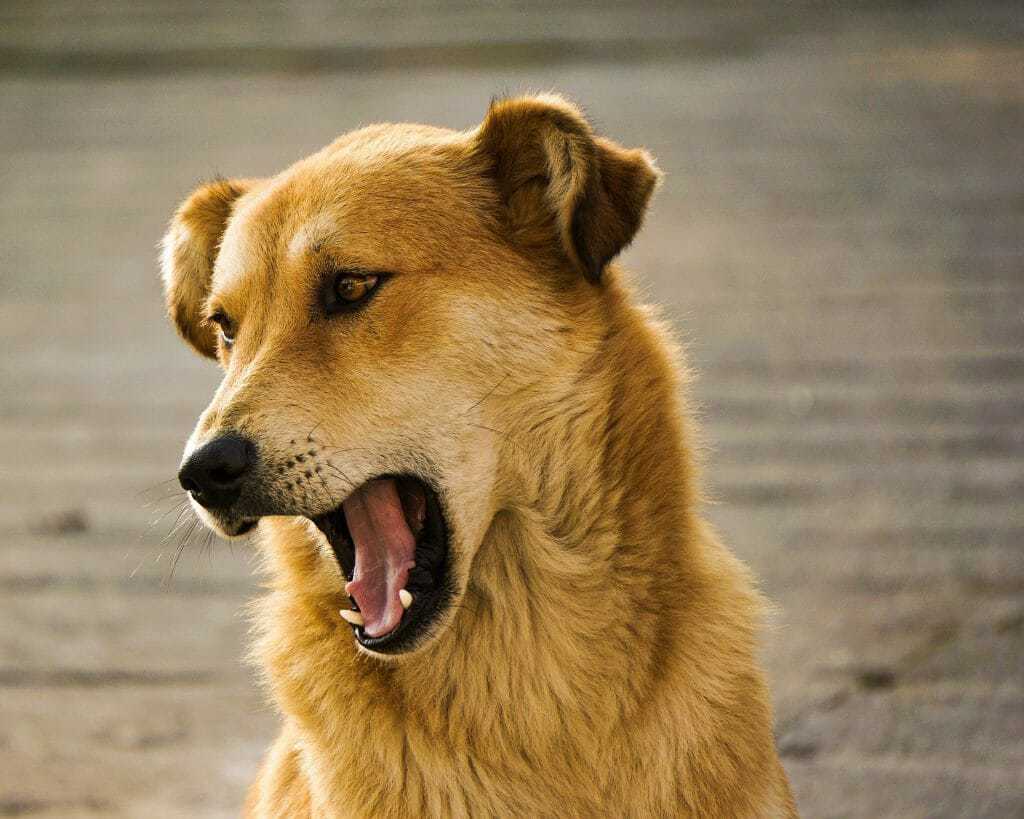 Dogs use a wide variety of noises to communicate, but body language is equally important.

The good news is, you can learn to understand your dog better by studying their noises and body language, and by learning about dog body language in general and breed-specific behaviours.

Dogs will behave differently at your home as compared to in another home or in public; take your dog to a variety of locations and observe their behaviour, noting how it is similar and different to their behaviour and body language at home.

Dogs also communicate differently with humans than with other dogs; dogs read each other’s body language and scent to communicate, and most vocal noises are meant for long-distance communication or human ears. Observe how your dog interacts with different dogs and people, including familiar people, strangers, large and small dogs, and dogs with different temperaments.

The Three Aspects of Dog Noises 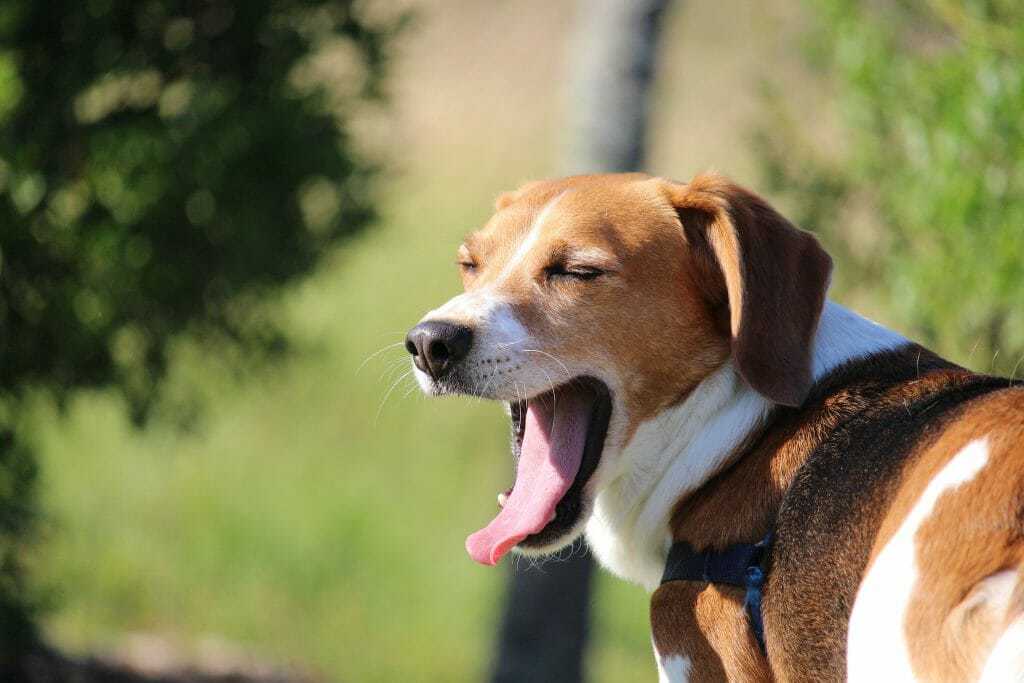 Pitch, duration and frequency hold the key to understanding your dog’s weird noises.

Dogs are capable of making a surprisingly wide variety of sounds to communicate. According to PetCube, there are three aspects of dog sounds that help us understand what our dog is trying to say.

The Basics of Dog Body Language 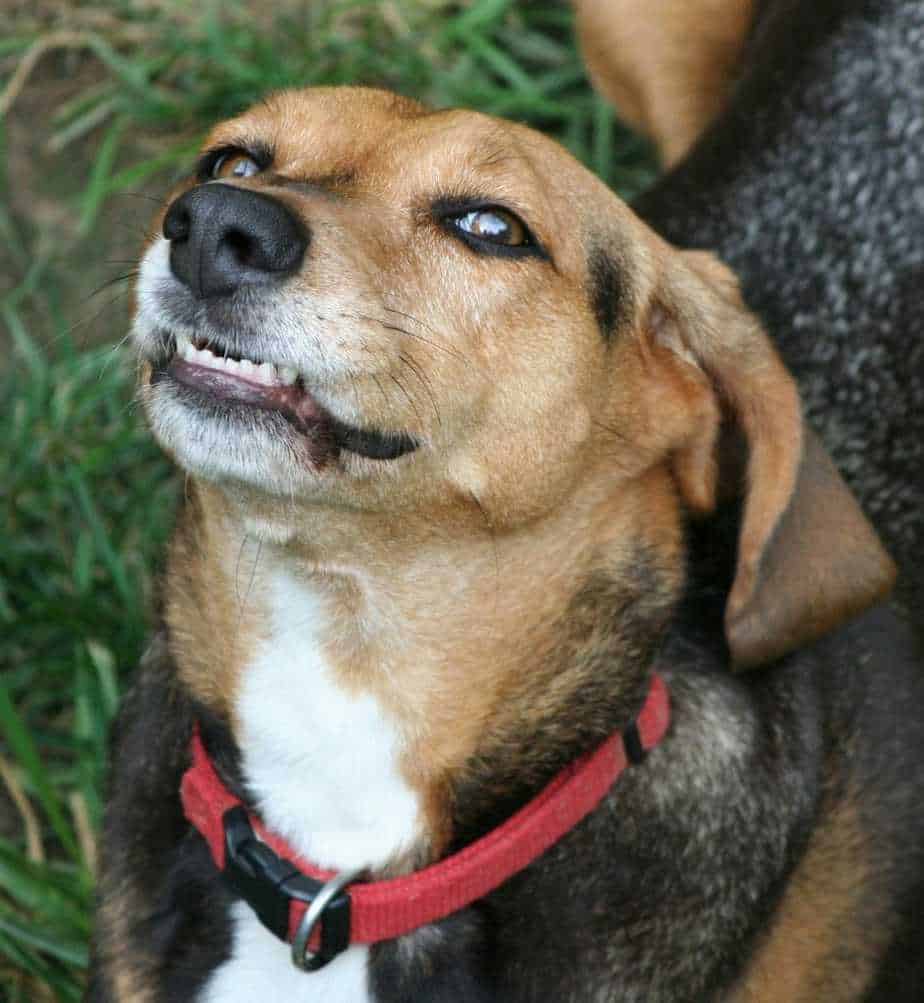 Body language is just as important as sound to understanding dog communication.

It’s worth the time to do some additional research on understanding body language, but here are some basic questions to ask yourself as you observe your dog’s body language:

When To Call The Vet 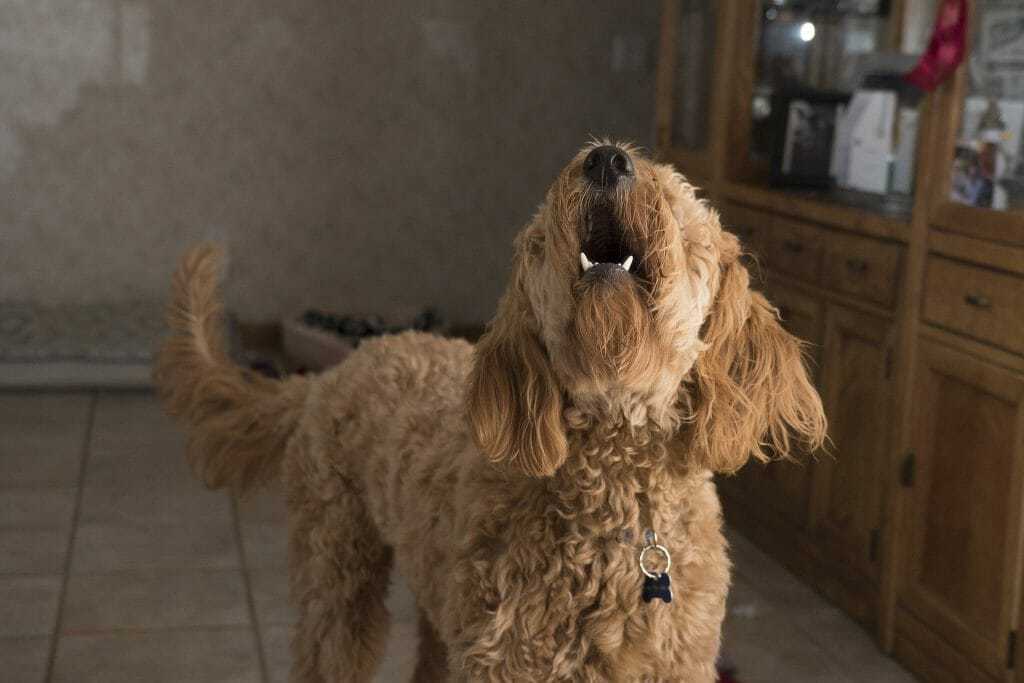 It’s important to know when your dog is just making noise, and when weird noises mean something more serious. When in doubt, call your vet.

Although it’s normal for dogs to make weird noises, and most unusual noises are no cause for concern, it’s important to know how to tell the difference between a harmless noise and something more.

If your dog ever appears to be choking or having a hard time drinking, eating or breathing, you should contact your vet’s emergency line right away. A gut obstruction or foreign object in their throat can be life threatening.

If your dog is showing any other symptoms, like a runny nose or eyes, vomiting or diarrhea, it’s time to call the vet and make an appointment. They could have a virus or other serious medical reason for the weird noises.

While most weird dog noises are nothing to worry about, anytime your dog is making a new noise that concerns you, especially if they seem to be in distress, it never hurts to call the vet. 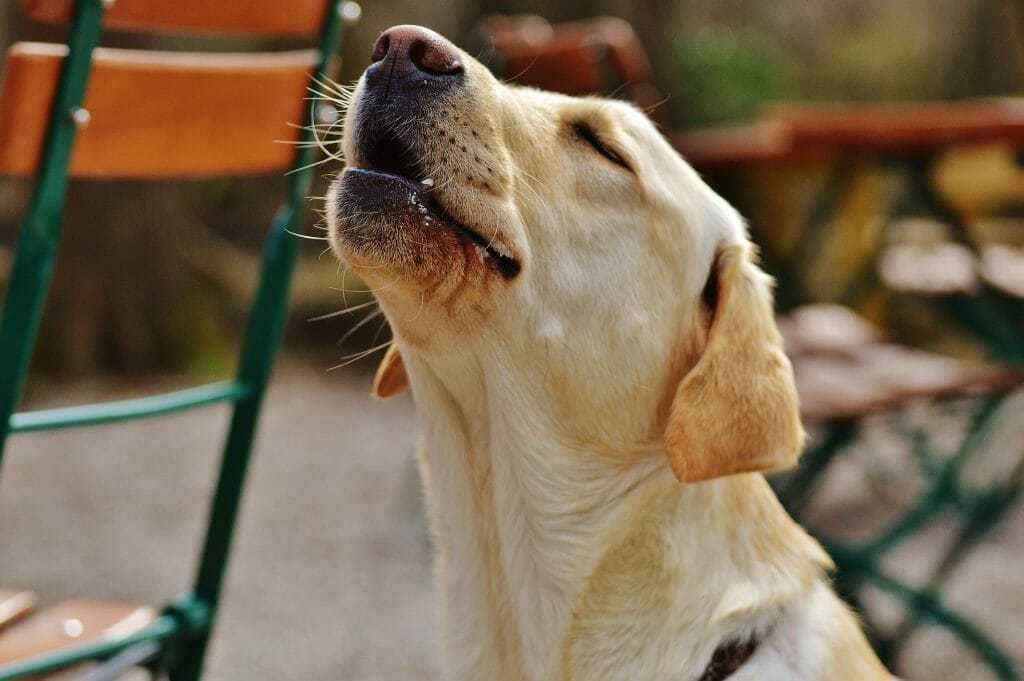 Dogs can make a surprisingly wide variety of noises. Below, your guide to understanding “dog-speak”.

Here are some of the most common dog noises, and an explanation for what those weird noises might mean.

Barking is a dog’s primary method of communication. It’s the “catch-all” of dog-speak. A bark can mean anything from excitement to boredom to fear, so paying attention to body language is important.

Surprisingly, growling is not necessarily an aggressive noise. Growling is your dog’s way of showing that they are afraid or uncomfortable, and that yes, they could get aggressive if needed.

Baying and howling are sounds meant to communicate to other pack members (including you!). Baying, a deep, throaty bark, is your dog’s way of alerting you to something, like an intruder (or the mailman…). Howling goes back to dogs’ wolf ancestors, and it’s their way of letting other members of the pack know where to go. Your dog might howl when you leave them as a way to beckon you back.

Whether they need to be let out to relieve themselves, are hungry, or are just looking for some attention, whining is your dog’s way of letting you know that they need something. It could also be their way of apologizing when you’re scolding them! However, a whine could also mean that your dog is stressed, scared or in pain, so contact your vet if the whining is persistent.

Whimpering and yelping are often signs that something is not right with your dog. If your dog is persistently whimpering or yelps frequently, contact your vet ASAP even if you can’t find an obvious cause. They could be in serious pain.

Grunting is actually your dog’s way of showing that they are content. You might notice a happy grunt when they settle into bed or are getting a belly rub, but any new or frequent grunting could warrant a call to the vet, especially if there are other symptoms or your dog is distressed.

Pay close attention to any gagging or coughing sounds that your dog makes. These weird noises could be a sign of a serious problem, like kennel cough, a parasite or something stuck in your dog’s throat or nose. Contact your vet if your dog is gagging or coughing, especially if they have other symptoms like vomiting or diarrhea. 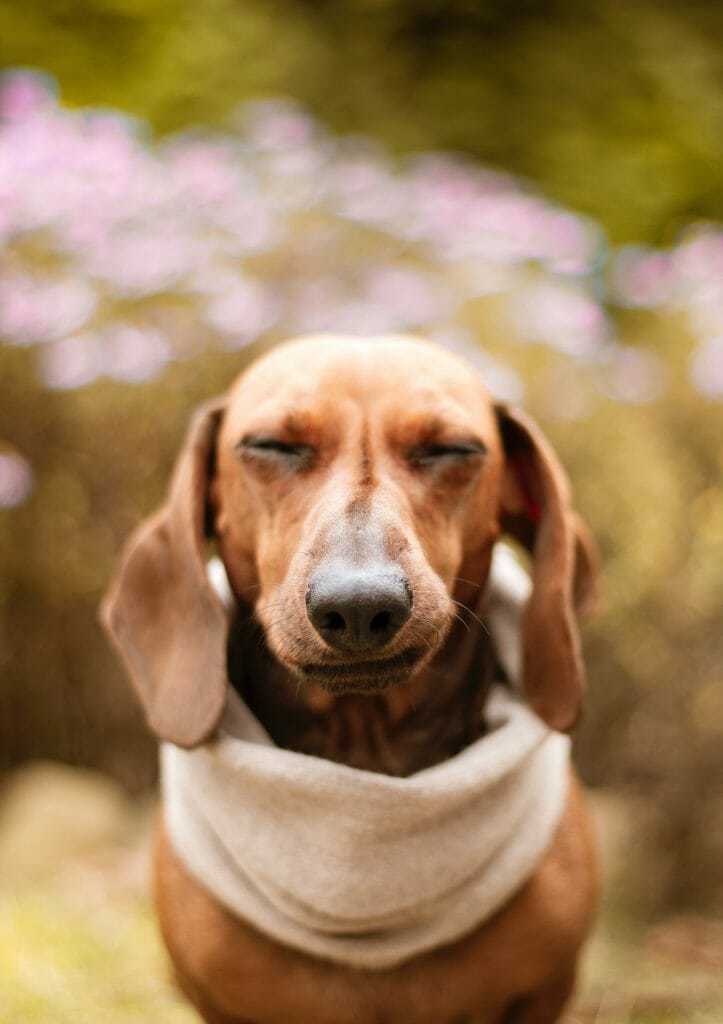 Gesundheit! Dogs sneeze just like humans, but it could be a signal that something is wrong.

Dogs sneeze just like humans do, and it can sound remarkably similar. They may also make a goose-like honking noise. This could mean that they have some dirt or grass in their nose or throat, or could be a sign of allergies or other illnesses. If other symptoms are present, like a runny nose or eyes, or the sneezing persists for a few days, contact your vet.

Reverse sneezing sounds like a long snort, and is actually caused by a spasm of the tissue in your dog’s soft palate. Like a regular sneeze, your dog could be trying to clear something from their nose, or it could be a sign of allergies or sensitivity to a certain smell, like perfume or smoke. Reverse sneezing can also be a sign of anxiety and excitement. Contact your vet if this noise is unusual for your dog, or lasts more than a day or two.

Have you ever watched your dog “running” and barking softly in their sleep, and imagined they were dreaming of chasing a rabbit? Turns out, you could be right! Dogs dream just like humans, during the deep REM stage of their sleep. It’s usually nothing to worry about, and you shouldn’t wake your dog during this deep sleep state. If you really do need to wake your dog up, use your voice rather than touching them – they could be confused and lash out when they wake up.

Most dogs make some sort of noise to communicate, but certain breeds are known to be “talkers” and are famous for the weird and hilarious noises they make. 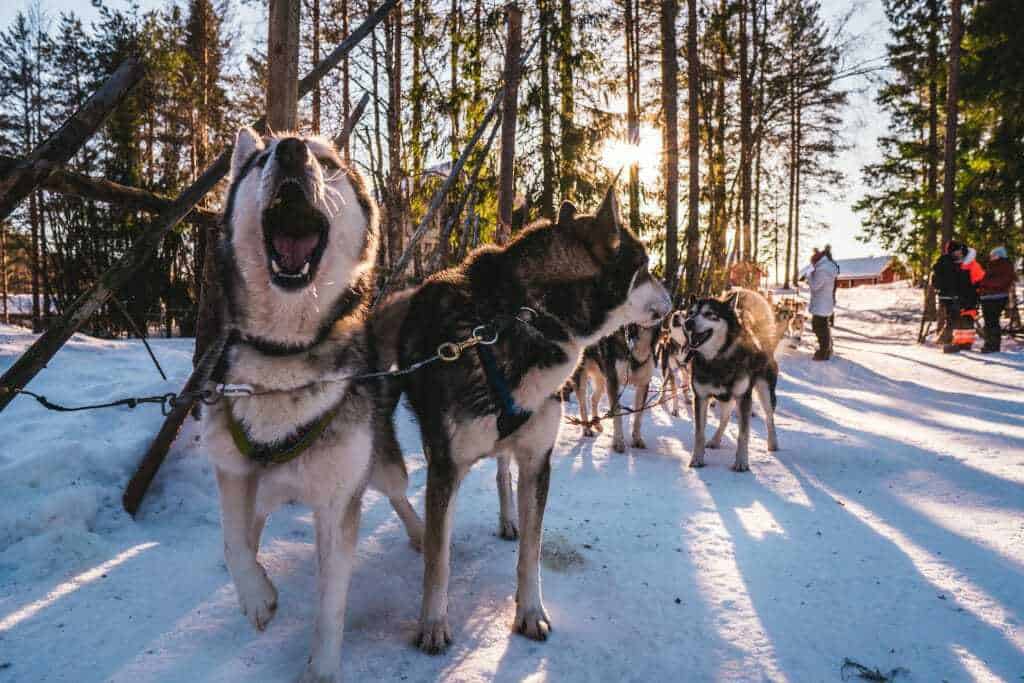 Huskies are notoriously “chatty” dogs, and are known for their chilling, wolf-like howl.

Hounds are known for their low, mournful baying when letting their human know that they are on the hunt.

Huskies are incredibly chatty dogs. They are famous for their chilling, wolf-like howl, but also for their “talking”.

Toy breeds, like Chihuahuas and Pomeranians, are notoriously vocal breeds. Perhaps due to their small size, they make themselves known with frequent barking.

We love to imagine that our dogs can understand us, but to understand our dogs we have to not only listen to their weird noises, but watch their body language. 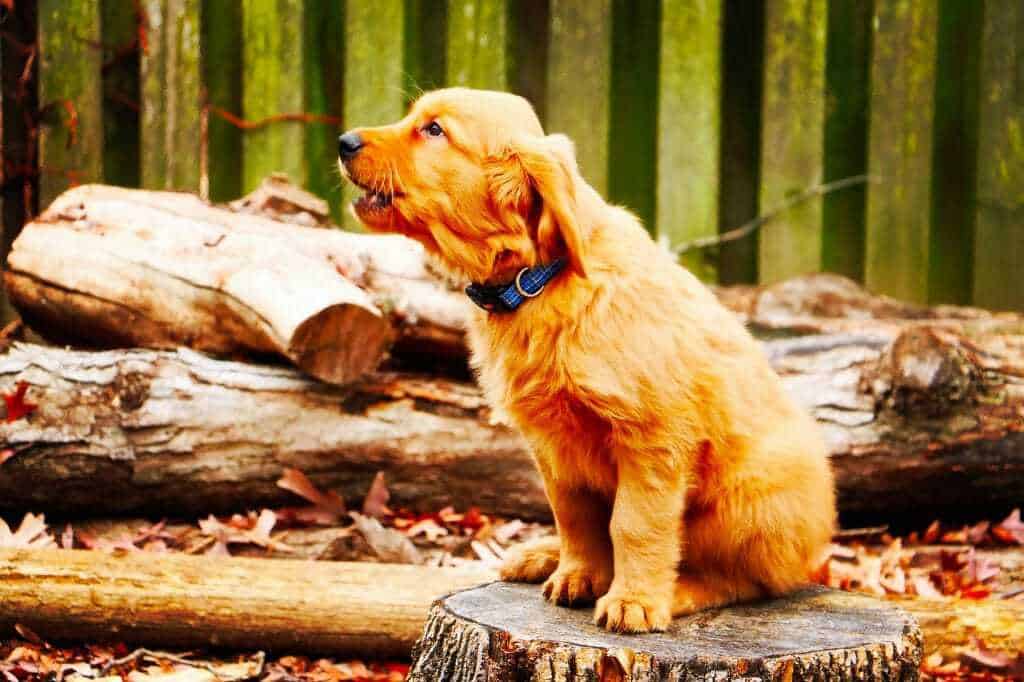 Our dogs make lots of weird noises; we owe it to them to try and understand what they’re trying to tell us.

Any new or distressing noises warrant a call to the vet, especially if your dog is experiencing any other symptoms.

Your dog does their best to try to understand you, and it’s only fair that you return the favour. With time and practice you can learn what your dog is trying to tell you with their weird noises and feel closer than ever. 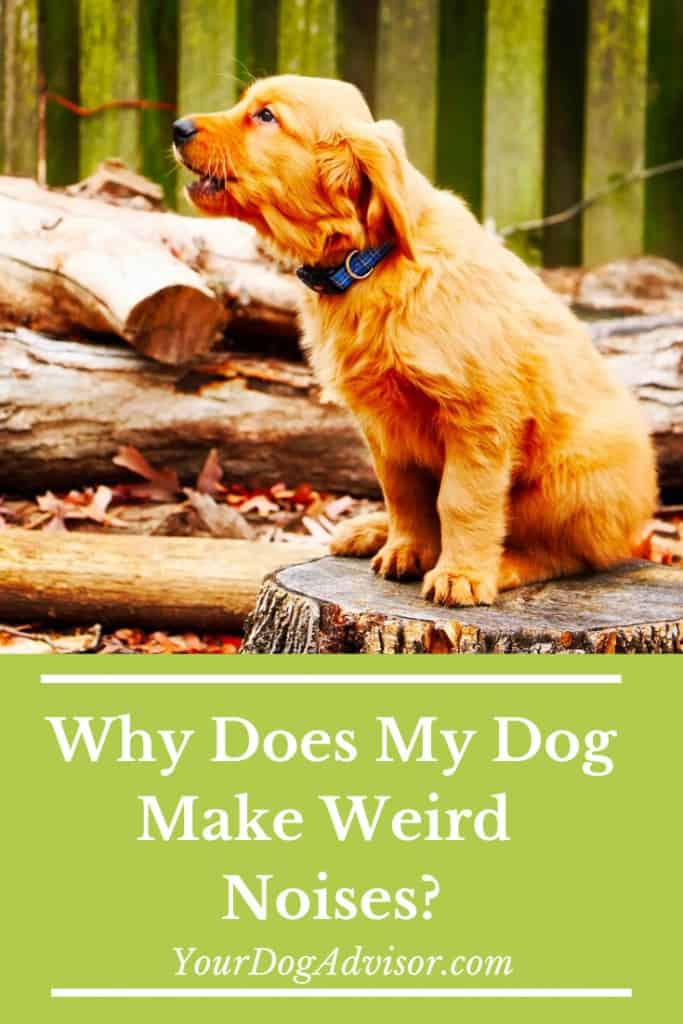