A Siberian Husky with its characteristic facial mask looking into the distance.

Originating from Northeast Asia, the Siberian Husky is easily recognized by their striking masks and contrasting colors. Friendly and outgoing, they make great family dogs. Not only do they get along with people (especially their people), but they also do great with other canines. With that said, it’s important to note that they are incredibly high energy—after all, they were bred to pull heavy sleds many miles in the snow!

Unfortunately, not everyone does their research when purchasing a Siberian Husky. In fact, it’s not uncommon for some to be completely overwhelmed by their needs, after bringing them home. In the end, it’s a lose-lose situation for everyone.

Here are 11 things you should know about the Siberian Husky:

Intelligent and agile, they tend to get into a lot of mischief—by escaping. If you plan on bringing home a Husky, you better make sure that your house is escape-proof! Think that he’ll be safe in a crate? Think again. They can easily break the wire bars to get out—even if it means injuring themselves in the process. Outside, they’re also able to escape from yards by jumping fences. If anything, it’s probably a good idea to invest in a high-quality dog tag, one that has your current contact information.

To say that they shed is probably an understatement. In addition to normal, everyday shedding, they also blow their undercoats twice a year, typically in the fall and spring. Given that they’re constantly shedding, it’s only natural for their fur to be everywhere—sometimes when you least expect it. When you own a Siberian Husky, the vacuum cleaner is your best friend. If you don’t like the idea of having dog hair on everything you own, the breed is probably not for you.

3. Siberian Huskies Have a Lot of Energy 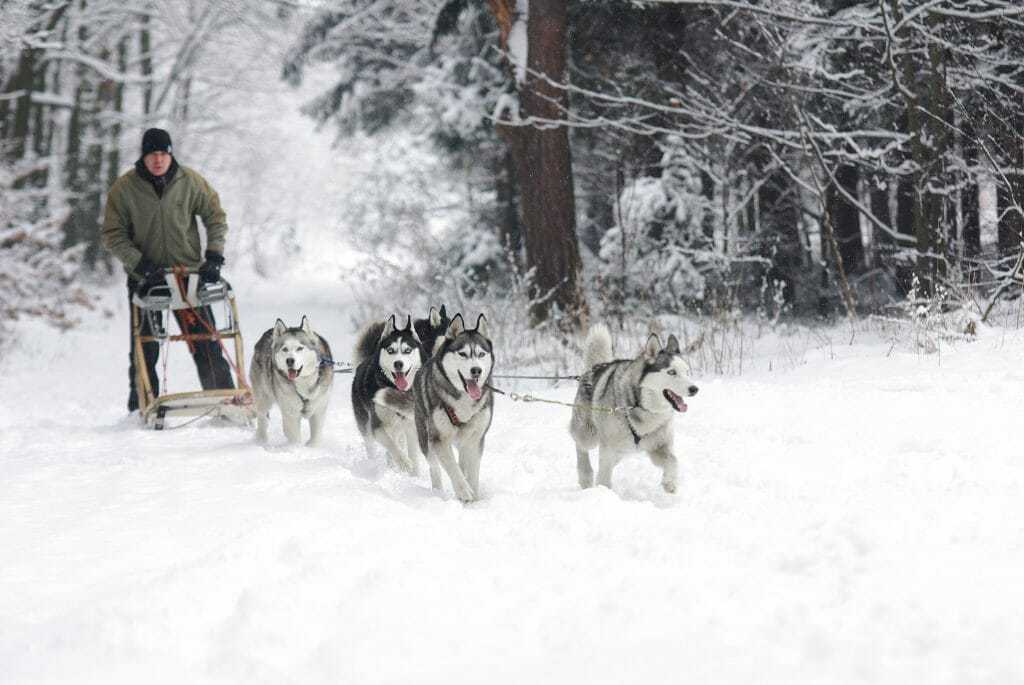 A pack of Siberian Huskies doing what they do best—pulling a sled in the snow. Trained dogs can easily pull hundreds of miles without breaking a sweat.

Remember, they were originally bred to pull heavy sleds for miles and miles every day. Considering that, it’s not surprising to know that the breed has huge amounts of energy. For many owners, this means having to take them out for multiple walks (sometimes even runs) on a daily basis. Even with that, you’ll probably have to ready yourself for a game or two of fetch when you get home (this is particularly true for young puppies who want to play all day).

Siberians have a strong prey drive. Given the opportunity, they will relentlessly chase and exterminate any small creatures that they find—including squirrels on the other side of the road. For this reason, it’s probably not a good idea to keep them with other furry animals such as guinea pigs or rabbits. Depending on the individual dog, they may also attack cats, sometimes even killing them—much to the owner’s horror.

Siberian Huskies make terrible guard dogs due to their friendly disposition. Hardly aggressive as a breed, they tend to want to meet everyone to get all of the attention. In fact, they’re probably more likely to make friends with the thief (possibly even requesting a belly rub in the process), than to protect your home.

6. Siberian Huskies Can be Stubborn 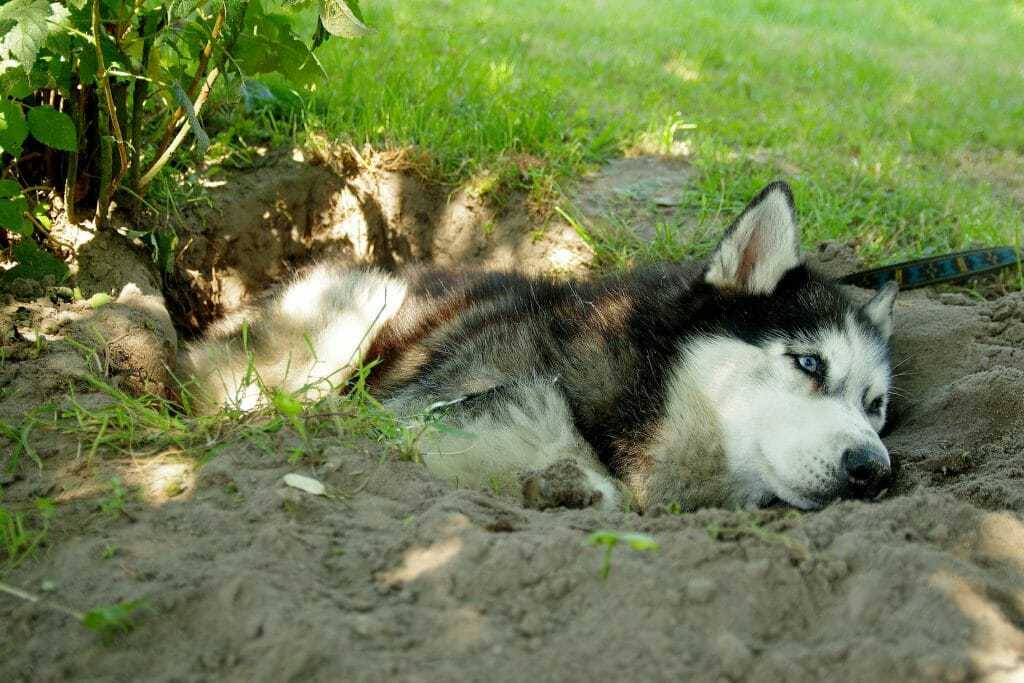 A Siberian Husky enjoying some relaxation in the shade. While they are eager to please, they tend to do it on their own terms.

While they are super intelligent, it’s true that they have a mind of their own. Defiant and stubborn, they can be difficult to train—especially for new dog owners. Don’t get me wrong, they’re perfectly capable of learning commands such as sit, lay down, and stay; they simply refuse to listen, unless a high-value treat is involved. As most owners would agree—“it’s a husky thing.”

7. Siberian Huskies Can be Vocal

Siberians can be very vocal. If they’re excited, they most likely will be talking about it. For instance, it’s not uncommon for them to bark or howl when they want something—whether it be a walk, treat, or attention. In some cases, they will even talk back, sometimes mimicking human words. If you’re lucky enough to have two of them, you may even catch them talking to each other!

8. Siberian Huskies Should Not be Let Off Leash

They should not be let off leash, ever—unless, they’re in a secure, fenced-in area (even then, you should be keeping a watchful eye). Due to their high prey drive, they have a tendency to run off chasing small animals. To make matters worse, they’re also notorious for having terrible recall. Given free run, they’ll probably be gone in a matter of seconds trying to catch a frantic squirrel on the other side of the park.

A Siberian Husky looks on as his owner leaves the house. Some of the most common problem behaviors exhibited by a dog with separation anxiety include whining, barking, and scratching.

Separation anxiety is a real problem for many owners. A social breed, some Huskies will become incredibly distressed if left alone or separated from their humans. Depending on how severe it is, you may even need to hire a professional dog trainer. In any case, it is something that is worth considering before buying or adopting a Siberian Husky.

10. Siberian Huskies Can Be Destructive

A bored Husky is a destructive Husky. Be sure to put away your electronics and valuables if you don’t want to see them destroyed. In most cases, however, you’ll probably still lose a shoe or three in the process. Ultimately, the best way to prevent them from being destructive is to ensure that they always receive adequate exercise (both physical and mental) every day. 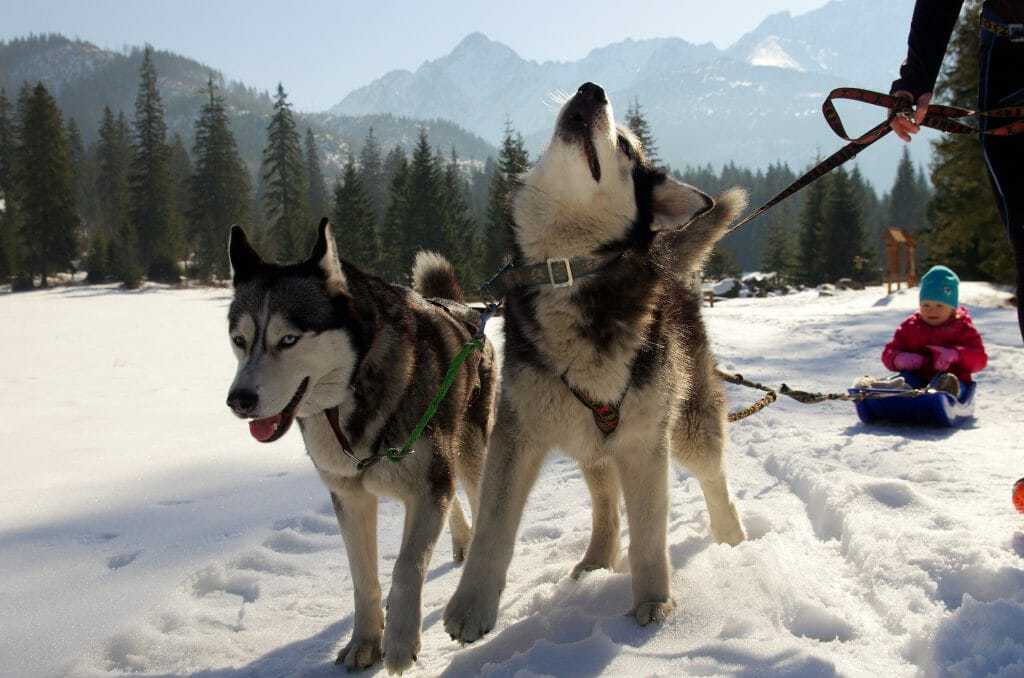 Two Siberian Huskies working together to pull a small child on a sled.

A working breed, Siberian Huskies will pull like a locomotive even if they have never pulled a sled before. Unfortunately, this can be a bit of an issue when it comes to leash training. While it’s possible to train them not to pull, you definitely have to dedicate a lot of time and effort into it.

The breed was developed over thousands of years by the Chukchi—a group of indigenous people who reside in the frozen tundra of Chukotka. Living in one of the world’s most hostile climates, the community depended greatly on the dogs for survival.

Siberian Huskies are friendly toward people, including children, which make them excellent family dogs.

The breed is remarkably adaptable. Given that they are provided with adequate shade, shelter, and water, they can live well in warmer climates.

They tend to bark and howl, sometimes loudly.

Contrary to popular belief, they can be kept in apartments given that they receive adequate exercise on a daily basis.

They are not cat friendly due to their high prey drive.

They are generally friendly with other dogs.

Despite their size, adult dogs tend to eat a minimum amount of food (e.g., once per day); this is due to the fact that their metabolism is highly efficient—a trait that evolved from living in the harsh Arctic for many centuries.

A double-coated breed, Siberian Huskies blow their coat twice a year. Regular brushing is recommended outside of the shedding season to remove loose hair.

Training can be challenging. Patience is needed when training a Siberian Husky as they can be defiant.

While intelligent, the breed can be hard to train due to their stubbornness.

They are prone to a few health issues including hip dysplasia, juvenile cataracts, retinal atrophy, follicular dysplasia, and hypothyroidism. 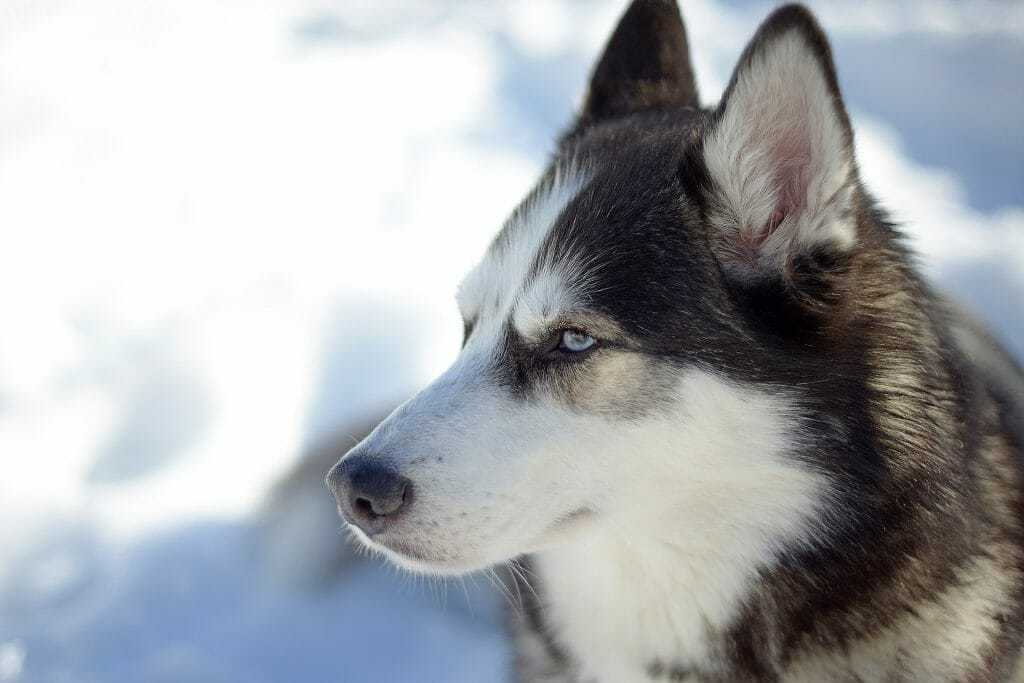