It’s always a bit concerning when a dog throws up, but it can be especially concerning when they’re throwing up a white, foamy substance. Several things can cause a dog to throw up white foam, ranging from an upset stomach to a serious disease that requires veterinary care.

I’ve been in the position of seeing my puppy throw up that white foam, and it can be scary if you don’t know the cause. It could just be something they ate (in my case, my puppy decided to eat grass), or it could be something serious like pancreatitis.

What Causes the White Foam?

This white, foamy substance is caused by overproduction and the swallowing of saliva, and excess gas and air in the stomach.

The gases in the stomach combine with liquids to create the foam-like substance you see. What you’re seeing is a mix of gases and gastric liquids from the stomach.

It can be a sign of nausea or a sign that there isn’t much in your pup’s stomach to purge. It can also mean that the stomach lining is inflamed. 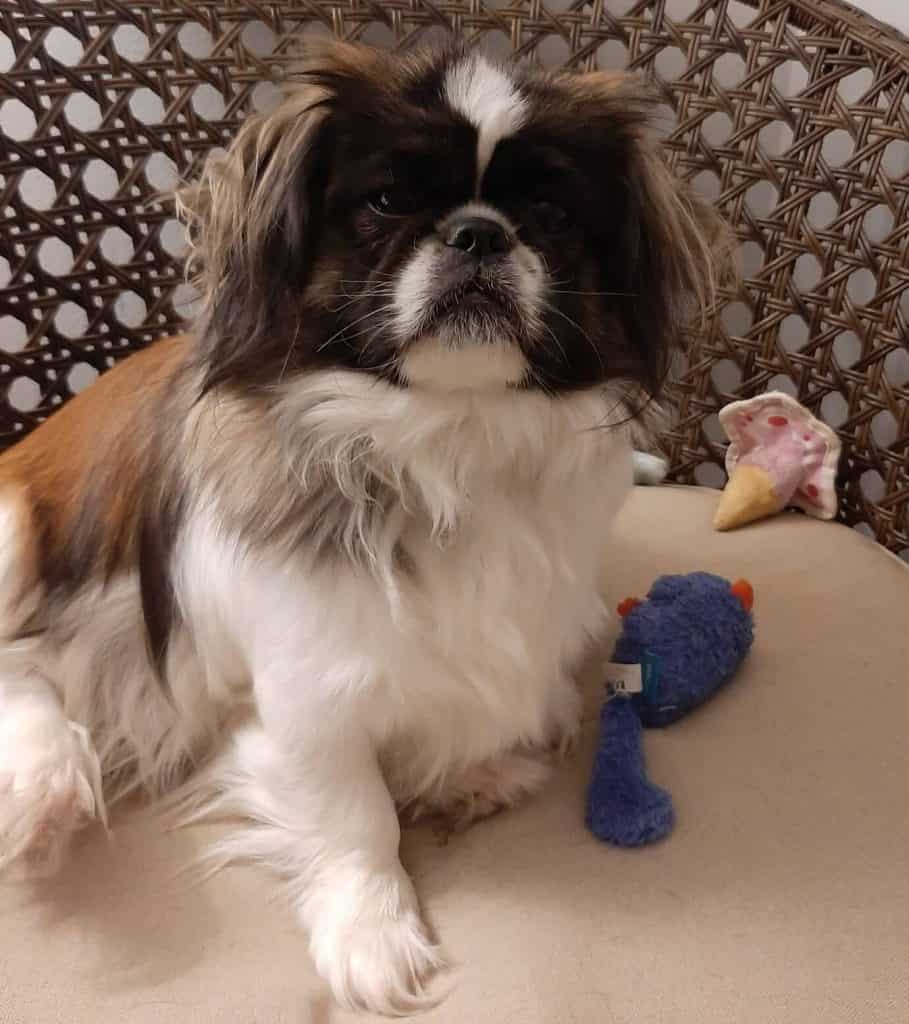 Throwing up white foam could be a sign of an upset stomach or a severe illness.

Indigestion happens in just about every dog occasionally. It’s possible they ate something they shouldn’t have and got themselves sick because of it. They may have eaten grass, something off of the floor, or any number of things.

Upset stomachs are the most common cause of vomiting in dogs, including white foam. If they just throw up once and are not showing any other signs of illness, you can wait to see if it was a one-time issue or a larger problem.

But if they have any other issues including diarrhea, lethargy, or a loss of appetite, it would be best to call the vet.

Keep in mind that dogs can also get upset stomachs from eating certain human foods. Be careful about how much you’re spoiling them. Sugary or spicy human foods could cause a pup to vomit white foam.

Acid reflux is an issue that can crop up when bile in the intestines moves into the stomach after a long period of not eating. This irritates the stomach and can cause vomiting white or yellow foam. Your pup may be suffering from it if they’re vomiting before they’ve eaten anything.

If your pup is suffering from acid reflux, it may help to reduce the portions of food they get while increasing the number of times they get fed.

Bloat is a serious health problem where the stomach fills with gas, food, or fluids. A dog suffering from bloat will have an expanded stomach and may throw up white foam as an early warning sign. They may also be in pain and whine when you press on their stomach.

They may also drool and cough excessively, have pale gums, and be unable to relieve themselves. Seniors and deep-chested dogs are at high risk for bloat.

Throwing up white foam can be an early indicator of bloat, a life-threatening health condition in certain dogs.

Bloat is a serious health condition that can result in death. If you notice any of the symptoms, especially a bloated stomach, get them to the vet immediately.

If your pup tries to eat something they can’t digest, it could get stuck and cause them to vomit white foam. This could be the sock they tried to eat or a toy they tried to swallow. Whatever it is, it’s too large and gets stuck, causing an obstruction. Intestinal secretions will back into the stomach, which causes the vomiting or attempted vomiting.

If your pup seems like they’re struggling to get something out or are too sick to even keep water down, get them to the vet immediately. They may have an intestinal obstruction from a large item they ate. They will need immediate veterinary attention.

If your pup ingested something harmful to them, they may throw up white foam. Make sure you’re keeping anything toxic out of the way of your pets. If they seem sick to the point of vomiting, double-check that all of your household cleaners and potentially harmful things are where they should be and haven’t been tampered with.

If you suspect that your pup ingested something toxic, call the vet immediately. Ingesting toxic substances can lead to serious sickness or death. If your vet gives you the go-ahead to try to make them throw it up, make sure you know how to make them throw up.

Parvovirus is a highly contagious viral disease that largely affects puppies. Puppies with parvo may vomit white foam and suffer from bloody diarrhea, lethargy, and a fever.

Make sure you’re watching your puppy closely for any signs of illness and take them to the vet if you notice any of these symptoms. Parvovirus can be deadly to puppies. Make sure you’re taking precautions like vaccinations to prevent it. 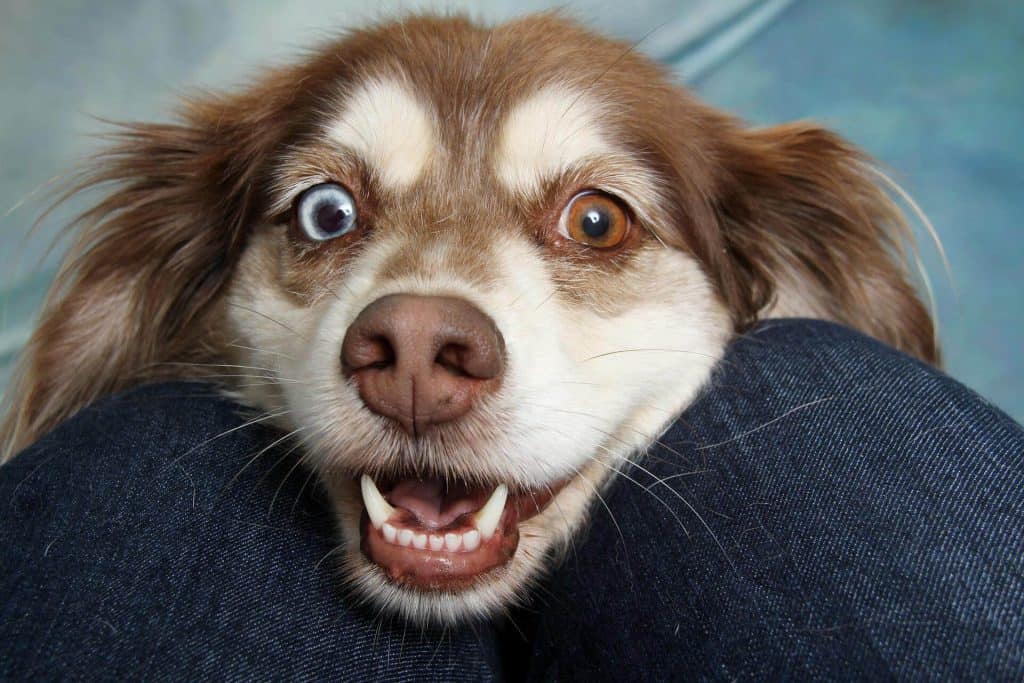 Puppies suffering from Parvovirus may throw up white foam and suffer from bloody diarrhea and fever.

Pancreatitis is an inflammation of the pancreas. Dogs suffering from pancreatitis may frequently throw up their food, sometimes throwing up white foam as well. You may also notice your companion has a hunched back, a loss of appetite, and may be dehydrated. They could also be suffering from stomach pain and may feel weak.

Make sure to watch your pup for any signs of pain and take them to the vet if you suspect pancreatitis is involved.

A dog suffering from kidney disease may throw up white foam and struggle to urinate. They may also be lethargic and disoriented. If you notice this combination, it’s important to get to the vet quickly.

Your pup could be suffering from acute kidney disease if they ingested something poisonous, in which case they need medical attention immediately.

If your pup has kidney disease and hasn’t ingested anything toxic, they may be suffering from chronic kidney disease, which is a more long-term problem and requires a special diet and medications.

Kennel cough is a common respiratory illness in dogs. If your pup has recently been in close quarters with other dogs and is now throwing up or coughing up white foam, watch for any other symptoms of kennel cough. A pup with kennel cough will experience a harsh, honking cough, a runny nose, and a loss of appetite and energy.

Kennel cough is much like the common cold for humans. It’s a pain, but it’s not necessarily life-threatening and should resolve itself. But if you’re worried that your pup isn’t getting better or it’s your first time dealing with it, you may want to call the vet to be safe. There may be medications they can prescribe. 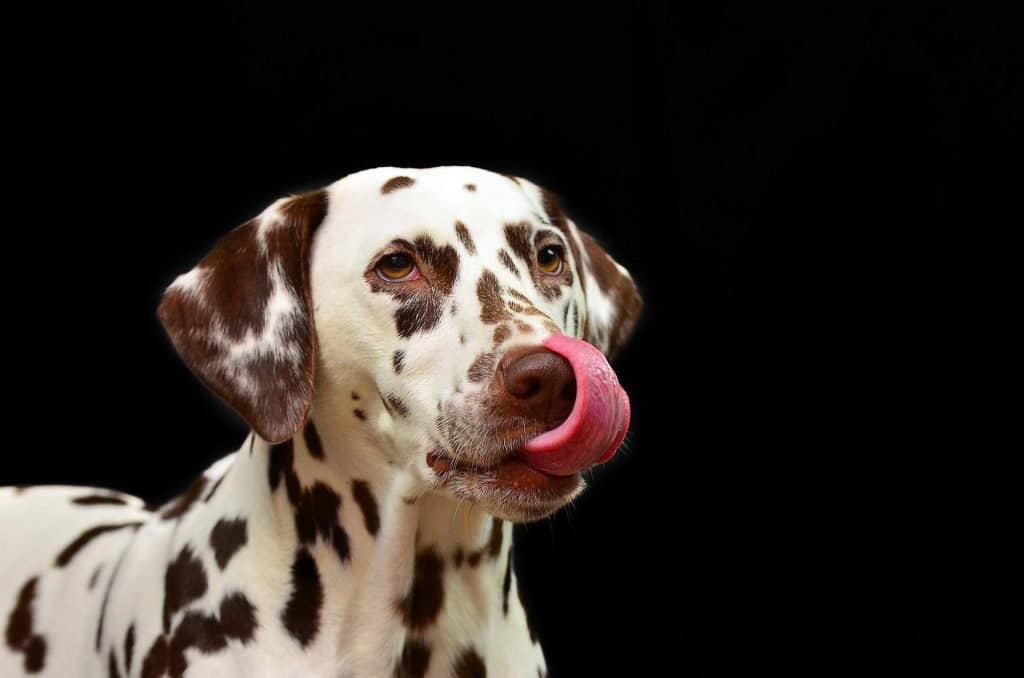 Dogs suffering from kennel cough may throw up white foam while experiencing a harsh, honking cough.

When to Call a Vet

If your pup is suffering from a serious problem, calling the vet quickly can potentially mean the difference between life and death. If your dog seems to be genuinely sick and consistently throwing up or showing any other signs of sickness, it’s time to reach out to the vet.

If your pup just threw up white foam once and they seem fine otherwise, you probably don’t need to panic. Do a check of the vomit contents to see what was thrown up. Check to make sure none of your toxic substances have been messed with. If you can confirm that they haven’t eaten anything toxic, just watch over them for any other issues.

Try withholding food and water if they’re old enough so their stomach can recover. Don’t withhold food or water from a puppy, it could affect their health.

If nothing else comes up after 24 hours and they’re eating and drinking normally, you can let it go. They likely just got an upset stomach.

But if your pup is consistently throwing up white foam, there’s a problem, and it needs to be addressed sooner rather than later. A healthy dog shouldn’t be throwing up multiple times a day, especially not white foam. If they’re refusing food and throwing up still after a day, go to the vet.

Do not wait any longer than 48 hours after your pup starts vomiting to seek help if they’re sick. If they’re still vomiting, refusing food, or showing any other signs of illness after a day or so, make the call. It’s better to be safe than sorry.

If your companion is a senior or a puppy, it’s best to just call the vet. Their immune systems aren’t as good as adults, and seniors especially are susceptible to serious conditions like bloat. 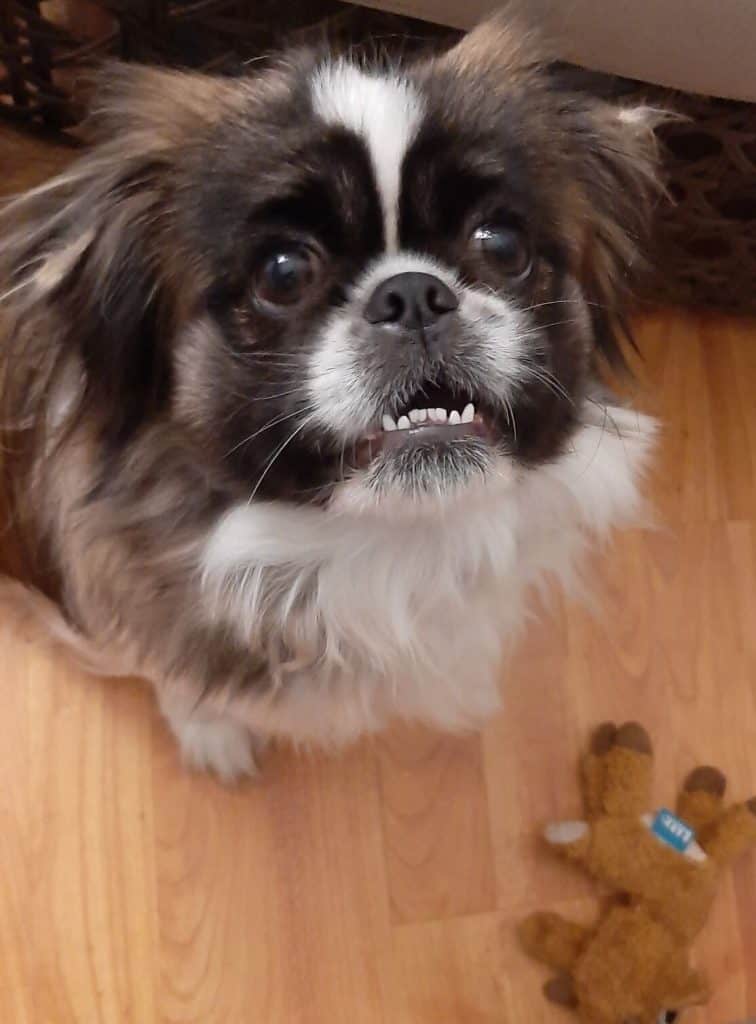 If your pup vomits white foam, watch for any other health issues like diarrhea or lethargy.

Throwing up white foam on occasion usually isn’t a big deal, just a mess to clean up. Dogs get themselves into trouble eating things they shouldn’t all the time. Vomiting is usually more common for them than it is for us. But it can also be a sign of a major issue, so it’s important to keep an eye on them.

If they just have one vomiting episode, you can watch them for 24 hours, maybe withholding food and water for 12 hours to let their stomach recover. But if they’re throwing up consistently over the next day, call the vet. It could be a bigger issue.

Watch for any other health issues like lethargy, diarrhea, and appetite loss. Be especially watchful for bloody diarrhea, fevers, and lethargy if you’re dealing with a puppy. If you have an older dog or a deep-chested dog, watch for coughing, drooling, lethargy, or other symptoms that can indicate a serious issue like bloat.

If you have reason to believe that your dog’s vomiting is caused by anything bigger than an upset stomach, call the vet as soon as possible.