As humans, we’re prone to getting colds once in a while. The sniffles, stuffy noses, sneezing, and all-around feeling of malaise that come with colds is certainly not pleasant. And we all know that colds are highly contagious and can easily be spread from one person to another. That is, after all, how people get colds.

In fact, adults get an average of two to three colds per year, and kids get them even more frequently, according to the Centers for Disease Control and Prevention (CDC).

But what about dogs? Do they get colds? If we as pet owners get colds, is it possible that we can pass them onto to our furry friends? 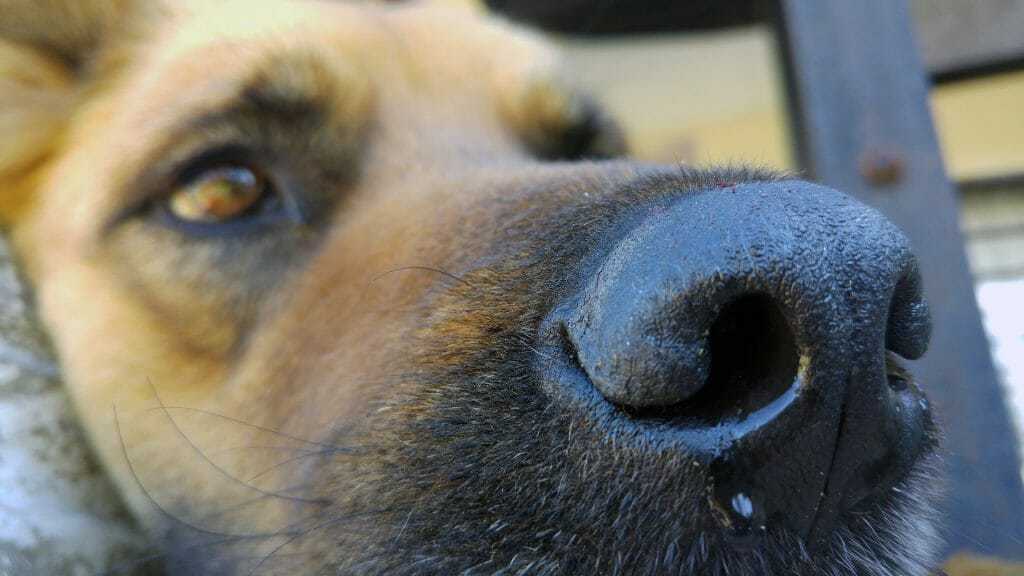 Dogs can get runny noses just like humans. But is this the result of the same type of common cold virus that humans get? Can you pass your cold into your dog?

Can Dogs Get Colds?

Whether or not dogs get colds depends on the cause of the illness, and not necessarily the symptoms. In nearly every case, the viruses that cause colds in people can’t cause illness in dogs.

Dogs can catch viruses that resemble the common cold that we as humans experience. But it’s the specific bacterial species that should be examined to determine exactly what your pooch may be suffering from. As such, different infectious components are typically to blame for a dog getting sick instead of when a human gets sick.

For example, your dog may be able to contract any one of the following that may cause symptoms that are very similar to those that humans get:

Bordetella bronchiseptica – This is a bacterium that is commonly linked to respiratory illness in dogs and is one of the more common bacterial causes of “kennel cough,” or canine infectious tracheobronchitis. Symptoms include a heavy cough, runny nose, sneezing, lack of energy, loss of appetite,  and low-grade fever.

Canine adenovirus type 2 – This illness causes respiratory issues in dogs and is also associated with kennel cough. Dogs that are around many other dogs have a greater risk of catching this illness, such as those that play at dog parks or are kept at boarding facilities. Symptoms include coughing, fever, runny nose, and red, watery eyes.

Canine respiratory coronavirus – This ailment can cause respiratory infection in dogs and is part of a complex of bacteria that are linked to kennel cough. Symptoms include coughing, sneezing, and a runny nose.

Canine parainfluenza virus – This is a very contagious respiratory virus and is a common pathogen of infectious tracheobronchitis, or canine cough. Symptoms include coughing, fever, sneezing, runny nose, lack of appetite, fatigue, and red, itchy eyes.

Bronchitis – Just like in humans, bronchitis in dogs is a respiratory issue where the bronchial airways are inflamed. Symptoms include coughing, wheezing, and difficulty breathing.

Canine distemper – This condition is contagious and is caused by a virus that affects the respiratory, nervous, and gastrointestinal systems in dogs. Symptoms include lethargy, runny nose, fever, eye discharge, coughing, vomiting, and diarrhea. 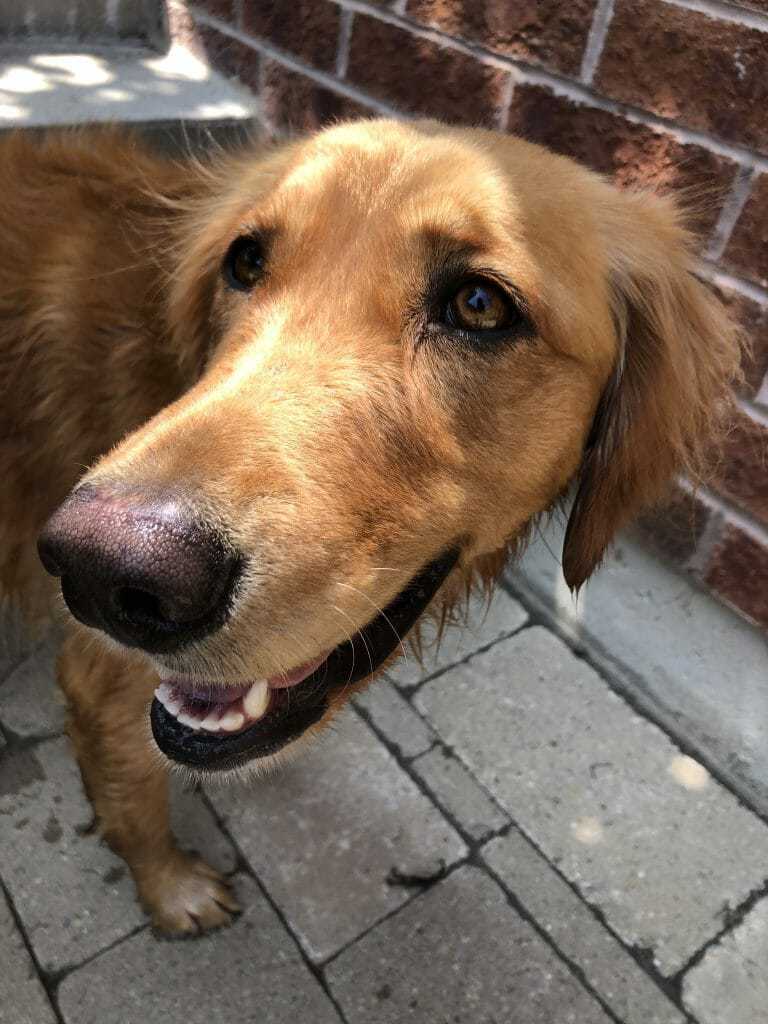 There are plenty of ailments that can cause your dog to display symptoms of a common cold, some of which may or may not be able to be transferred from human to dog, and vice versa.

Some of these conditions are more serious than others and may require a visit to the vet to diagnose and treat. Any other symptoms that are noticed, such as vomiting, diarrhea, fever, loss of appetite, lack of energy, or any other abnormal changes in behavior should be addressed and dealt with in order to avoid the situation becoming even more serious.

What Symptoms Are You Looking For?

In order to determine if your dog is experiencing some sort of respiratory or sinus issue, you may be looking for symptoms that are similar to what you may feel when you have a cold, such as:

Can You Pass Your Cold Onto Your Dog?

We know that we can pass a cold onto another person, as already mentioned. But can we pass that cold onto our beloved pets? Or vice versa – can our dogs make us sick?

Many people may be concerned about this, as illnesses such as the bird flu and swine flu have been made popular over recent years as conditions that can be passed from animal to human. The research on the passing of disease from animal to humans still needs to be beefed up. But what’s even lesser known is the potential for humans to pass diseases onto animals.

That said, there are certain ways we may be able to make our dogs sick, and other ways we can’t. When it comes to the common cold virus, however, our chances of passing it onto our dog and making them sick is extremely low, and perhaps even nonexistent.

In nearly every situation, the viruses that cause the common cold in humans and dogs are very species-specific. That means what may cause humans to get sick will be very different than the virus that causes dogs to get sick.

When it comes to the flu, however, physicians are a little more concerned. Even though the potential for reverse zoonoses — which is when an illness is transmitted from human to animal — is considered rare, some doctors worry about dog’s exposure to influenza.

Sometimes interspecies transmission of a virus can allow transmissible mutation to more easily occur, which can be particularly hazardous when it comes to the influenza virus, which can evolve rather easily. But there isn’t enough evidence to suggest that this is a real threat. 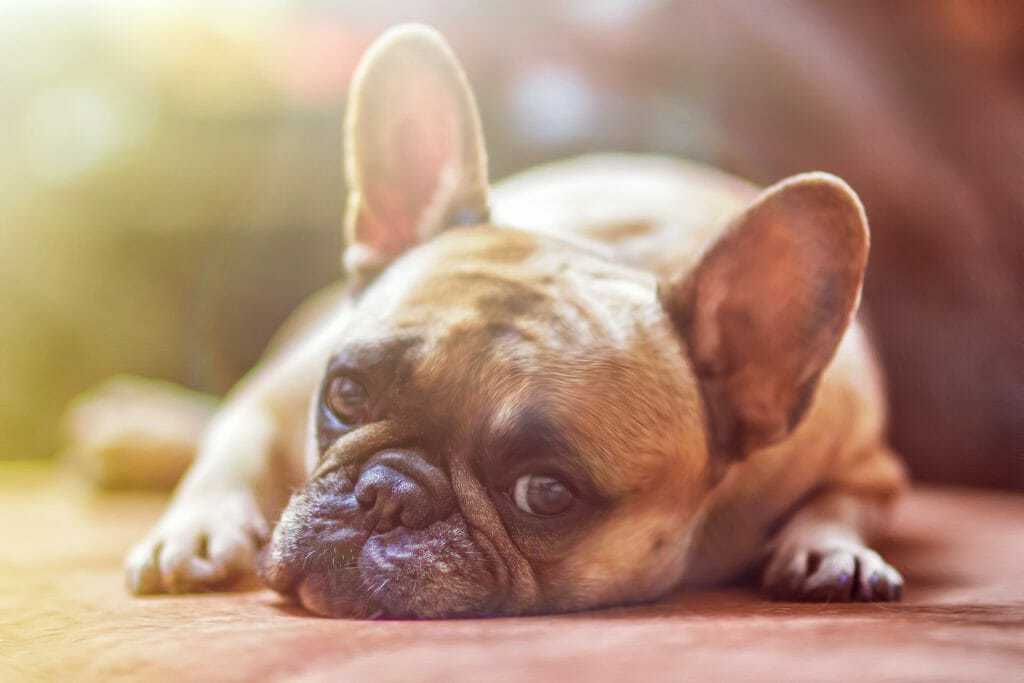 Dogs that display symptoms including lethargy, diarrhea, and loss of appetite may be showing signs of something more serious that should be followed up with a vet.

However, there are other illnesses that may be able to be passed on from human to dogs, including the following:

Methicillin-Resistant Staphylococcus Aureus (MRSA) – This bacteria is one that cannot be treated with topical antibiotics because it has developed a resistance to it. This condition is more commonly seen in hospital environments where patients’ immune systems are already compromised, though other healthy people not in a hospital setting can still get it.

Giardia – Also known as “giardiasis,” giardia is a common waterborne infection that is contracted by coming into contact with contaminated water or through feces. It’s more prevalent in southern locations where the weather is hotter, as the bacteria have a more favorable environment to thrive in.

Dogs who contact giardia may display symptoms including weight loss, lack of appetite, and diarrhea. Humans can get giardia from an infected dog, and the condition can also be passed from human to animal.

Ringworm – This skin infection can affect both humans and animals. It’s caused by the presence of a fungus, and not a parasite as many might believe. Ringworm presents itself as an itchy rash in humans, and round patches of hair loss in dogs. It can be transmitted through contact between humans and dogs or even though objects that are contaminated.

Salmonella – You may have heard of salmonella poisoning from contaminated food products, but the bacteria can also be passed onto humans through an infected pet, and vice versa. Salmonella can cause symptoms that include nausea, diarrhea, vomiting, fever, headaches, and stomach cramps.

That said, dogs are not as likely to get salmonella compared to humans, so the odds of your dog getting salmonella from you are pretty low.

Even though you may not necessarily be able to transfer your cold onto your dog, she can still certainly get symptoms that resemble a common cold in humans. But there are plenty of causes of these symptoms, which you should keep your eye on in case of something serious that needs to be addressed by your vet. 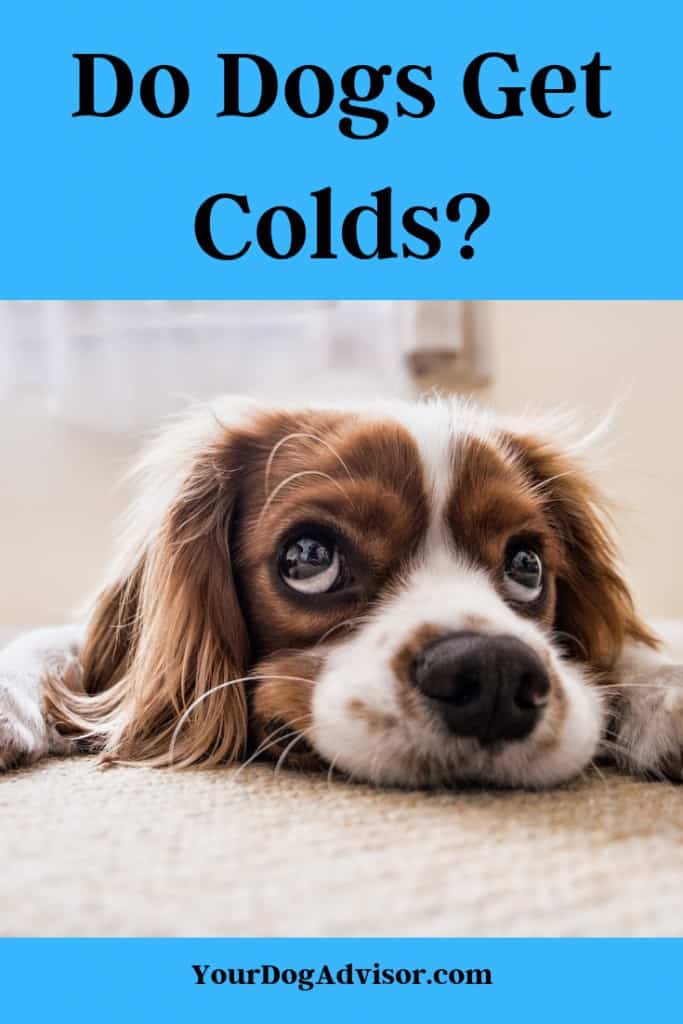