Known for their cute, stubby legs, the Pembroke Welsh Corgi is somewhat short. Originally bred to herd livestock, the working dog has assisted farmers for hundreds of years; in fact, some speculate that their ancestors been around as early as the 10th century. Referred to as “heelers”, they drive cattle and sheep by nipping at their heels (their short stature allows them to avoid their kicks). Instead of circling around the animals like most other herding dogs, they tend to work from behind to drive them forwards. They were brought to Wales by Flemish weavers in the 12th century.

While some continue their duties on farms, others have adapted to a more relaxed lifestyle. Playful and outgoing, they make excellent family dogs. Not only do they get along with everyone they meet, but the Pembroke Welsh Corgi also tends to be friendly with other animals. Considering this, it’s no wonder why Queen Elizabeth II has taken such a liking to the breed. Ever since she was young, Her Majesty has had a soft spot for Corgis. When she was ten years old, her father, King George VI (then the Duke of York) brought home the first Corgi, Dookie. Since then, she has owned more than two dozen of these short-legged canines, many of whom are Dookie’s descendants. 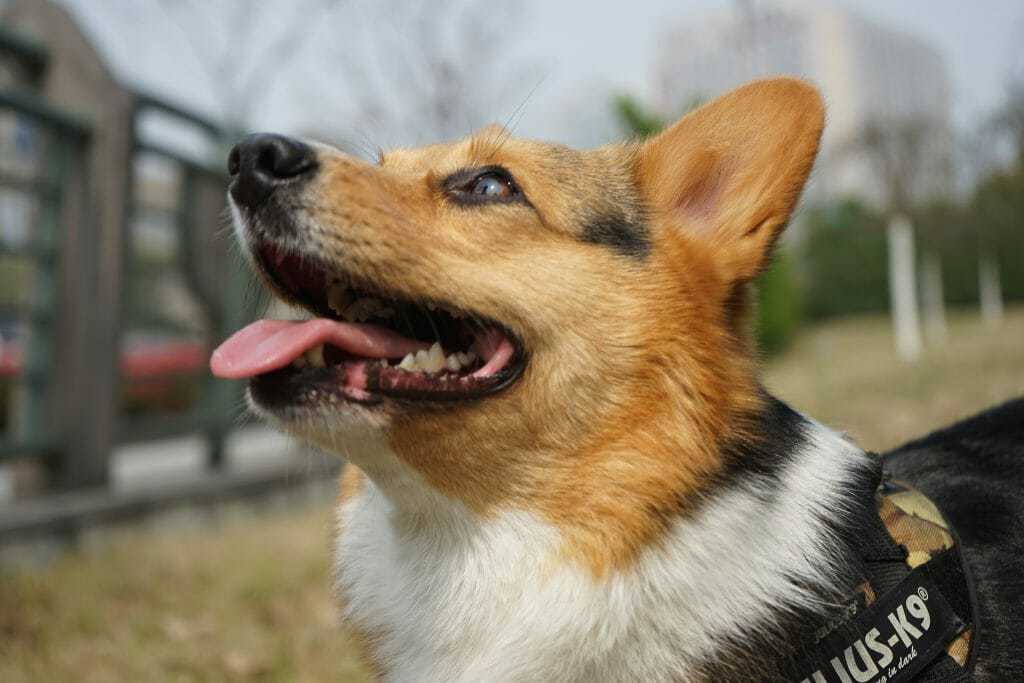 Bred for herding cattle, the Welsh Corgi can easily be recognized by their short statures.

One of two Corgi breeds—the other being the Cardigan Welsh Corgi—Pembrokes are unique in that they are sometimes born without a tail. Another distinguishing feature is their size; Cardigans are generally a tad bigger both in length and height. Despite their differences in appearance, however, their temperaments are more or less the same.

Thinking of adding a Pembroke to your family? If so, you’ll probably want to familiarize yourself with their unique set of traits. 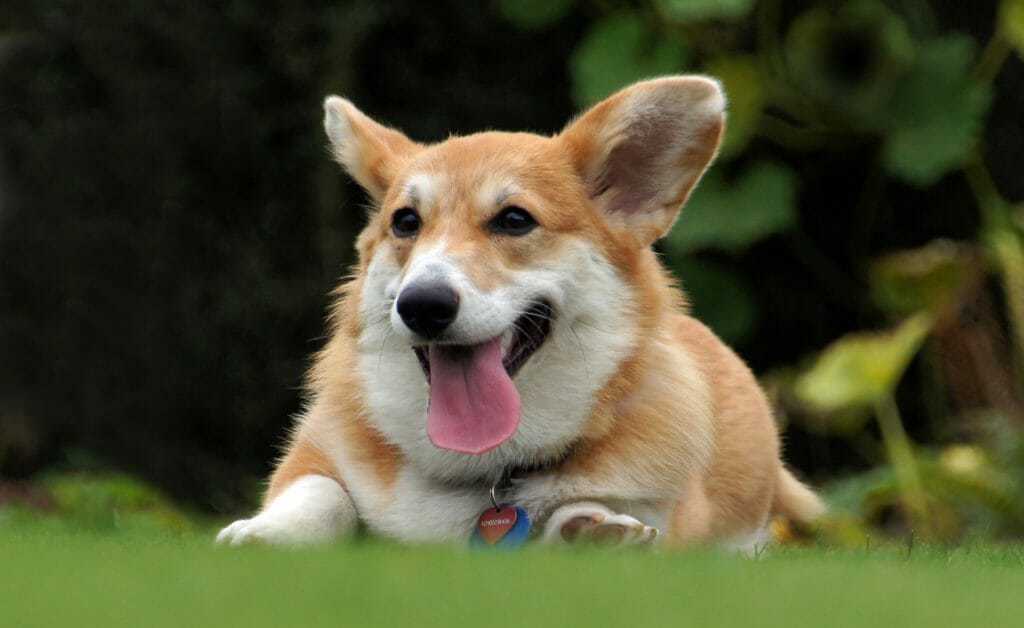 Like most double-coated dogs, Pems are known for being incredible shedders.

There’s no doubt that these fluffy butts are big shedders (whoever tells you otherwise is lying). In addition to regular shedding, they also blow their undercoats twice a year. During those months, it’s perfectly normal to find wafting balls of hair on furniture, on the ground—even in your food! Of course, this madness extends to your clothes as well (pro-tip: avoid black when they’re blowing their coats). While frequent brushing will help a bit, your best bet is probably to just invest in a good vacuum cleaner.

2. Pembrokes are not Ideal for Families with Young Children

Considering their origins, it’s not surprising to know that they have strong herding instincts. Unfortunately, however, they’re not always able to discern the difference between livestock and well, humans. By nature, they will try to herd anything that moves—including children. Seeing as how they’re nippers (they herd by nipping the heels of animals), it’s easy to see how this can be problematic. For this reason, Pems are generally not recommended for families with young children. With that said, it is possible to eliminate their herding tendencies with proper training.

Pembroke Welsh Corgis will often bark to alert their owners of changes in the surroundings.

All dogs bark; Pems, however, tend to bark, a lot. There is a reason for their barking though; aside from herding cattle, one of their other jobs was to alert their owners if anything is “different.” Known as alert barkers, these short-legged canines will not hesitate to let you know if something’s happening. For instance, they may bark if the neighbour’s cat has entered the yard or if the wind has knocked over your potted plants. Don’t be fooled by their small size though—they can be loud. Unfortunately, this trait of theirs might not fare well for those who live in apartments.

Pembroke Welsh Corgis are smart. In fact, they’re considered to be one of the most intelligent breeds according to The Intelligence of Dogs, a book written by Stanley Coren, a professor of canine psychology. As such, they are fairly easy to train; in fact, many excel at dog sports (more on that later). On the flip side, however, this also means that they can easily get bored. Ample physical and mental exercise is a must if you don’t want them to end up destroying your living room!

5. Pembroke Welsh Corgis can be “Bossy” 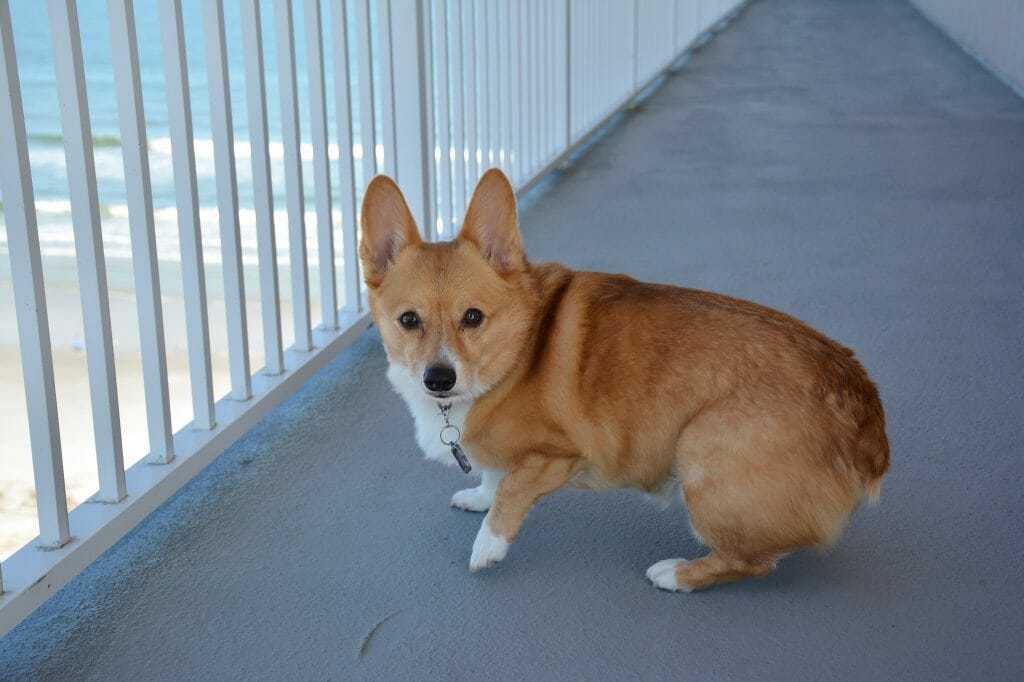 Dominant at times, they tend to have bossy personalities.

These dogs can be naturally bossy and need firm boundaries. You can easily see why, however, when you consider the fact that they were originally bred to herd livestock. Inherently, it is their instinct to nip and manipulate animals much bigger than themselves. Slightly overbearing, they will not hesitate to boss others around—regardless of their size. Even towards humans, they can be pushy without proper training. For instance, it’s not uncommon for them to demand treats or talk back. Given the chance to make all the decisions, they will!

6. Many of Them Excel in Dog Sports

Despite their short legs, Pems do extremely well in a variety of dog sports. For instance, many excel in agility—a popular sport in which a handler works with a dog to complete obstacle courses as quickly and accurately as possible; some of the most common setups include tunnels, jumps, seesaws, and weave poles. In addition to agility trials, many Corgis also participate in herding, flyball, and tracking. Not only is it a great way for them to bond with their owners, but it also provides them with the physical activity they need to live a long and happy life. If you have a Corgi, you might want to consider signing them up! 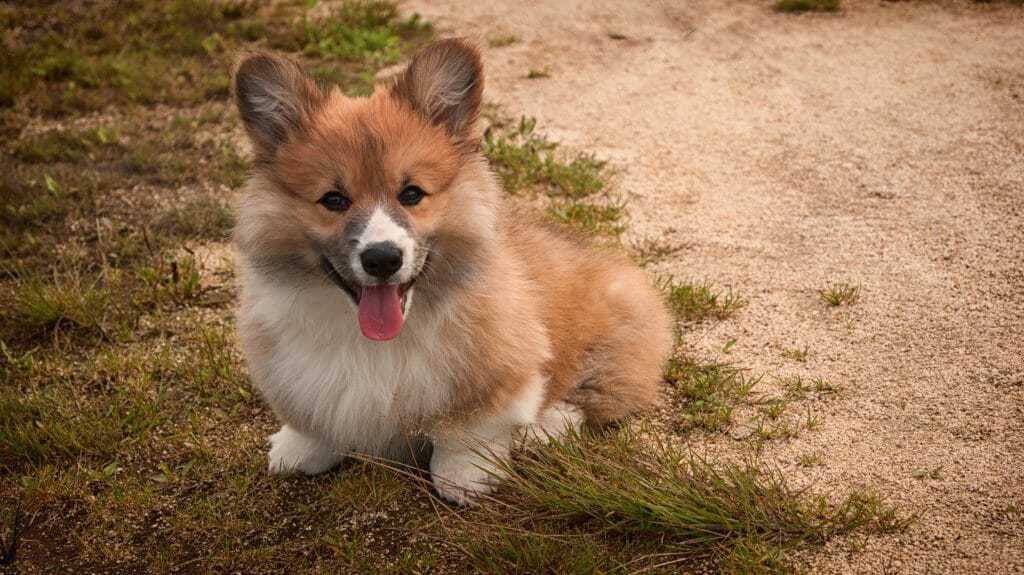 Faithful companions, Pems love to spend time with their families.

Corgis are generally not prone to separation anxiety; that doesn’t mean that they don’t like being with their humans though—they do. As a matter of fact, many will follow you around the house, whether you’re taking a shower, doing the laundry, or whipping up a meal. In a way, it’s like having your own short-legged shadow.

If they have more than one owner, chances are, they will want everyone to be in the same place at the same time. Depending on the Pem, some may even get anxious if their people are scattered throughout the house. Who knew they were such velcro dogs?

8. Many are not Lap Dogs

One misconception about the breed is that they make great lap dogs. While some may be snugglers, Pems for the most parts, are fairly independent. Instead of sitting on your lap, they’d much rather curl up beside you on the couch. In most cases, they will be happy as long as they can keep you in sight. If you have food in your hands, however, that’s a whole different story; in that case, they’ll probably sit right on you for a chance to get some scraps.

9. Some are Born Without a Tail 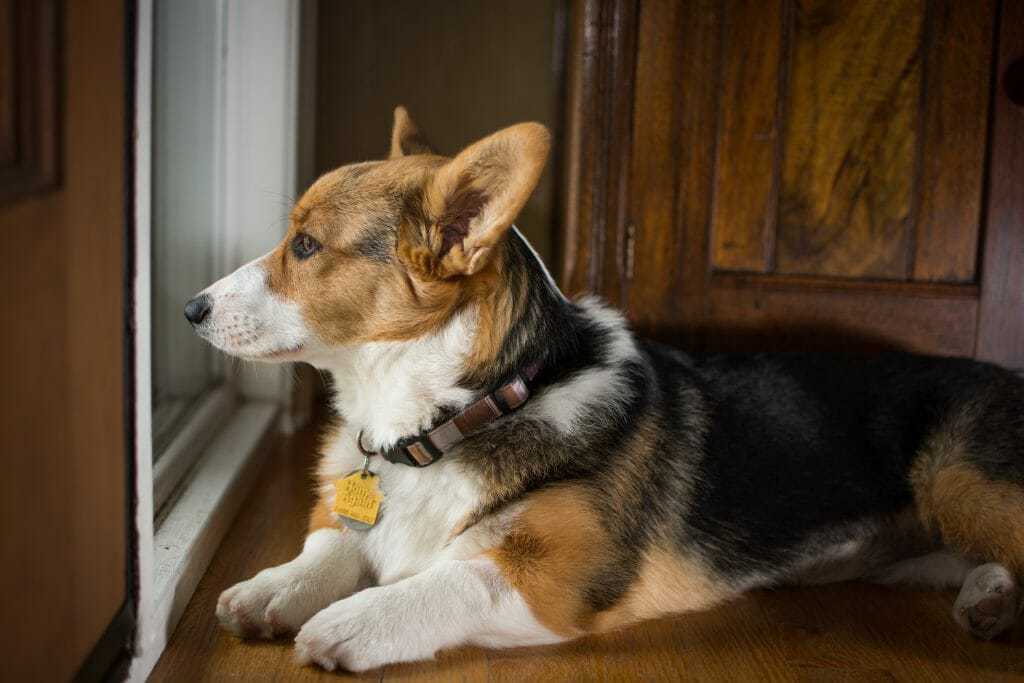 Most Pembrokes do not have tails; those who do usually have short “nubs.”

Pems are unique in that they are sometimes born without a tail. A trait that distinguishes them from the Cardigan Welsh Corgi (which always has a tail), it is likely that it originally helped to prevent them from being stepped on when herding cattle; nowadays, however, it has become somewhat of just a standard. Even when they are born with a tail, they are usually docked at a young age. How can you tell if they’re happy without a tail? No worries—they’ll just wag their cute little stubs!

Corgis make excellent watchdogs. Loyal and observant, they’ll be the first to let you know if someone is approaching the house. Nine times out of ten, they’ll also let out a fierce growl or bark—as expected from a dog that is protective of their humans and their space. Loud and sharp, their barks can easily fool people into thinking that they’re much bigger than they really are! Usually, however, it’ll just be their voice—for they rarely attack humans or other animals. In a way, you can think of them as your own personal alarm system—one that runs around the house and barks. 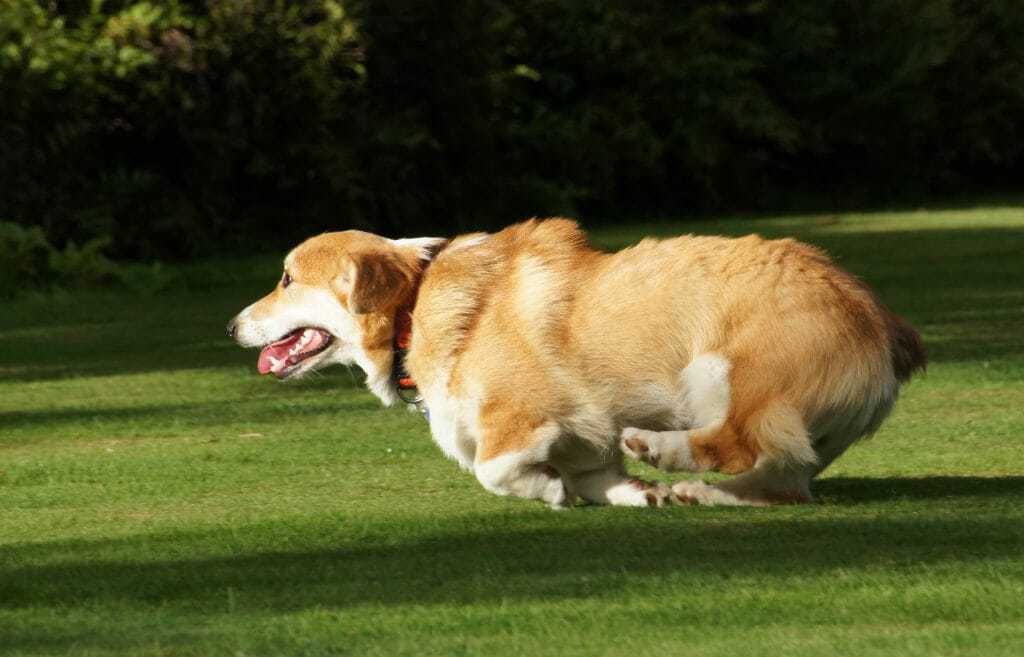 Driven by their herding instinct, Pems love to chase anything that moves.

The Pembroke Welsh Corgi is believed to have originated from the Welsh Herd Dog and the Swedish Vallhund. According to some historians, their lineage can be traced as far back as the 10th century. As such, they have assisted farmers in herding livestock such as cattle, horses, and sheep for hundreds of years.

Pembrokes are charming and friendly. Highly affectionate, they love to spend time with their owners. Due to the fact that they’re always on alert, they can also make great watchdogs.

Pembrokes are highly adaptable; they can do well in house, ranch, and apartment settings.

They are prone to barking due to their attentive nature. In many cases, they will bark to alert their owners of someone’s approach.

Pembrokes are suited for apartment living.

Most will get along with cats; some may even play together.

Most will get along with other dogs.

Due to their nipping tendencies, they are generally not recommended for families with young children. Older children, however, may get along with the dogs.

They should be fed a high-quality diet. Due to the fact that they’re prone to obesity, their food intake should be monitored on a regular basis.

They are relatively easy to groom due to their medium-length coats. Weekly brushing is recommended to remove dead hair. Regular teeth brushing also helps to prevent dental disease.

Eager to please, Pembrokes are generally easy to train. They also do well with clicker training.

The Pembroke Welsh Corgi is susceptible to a few health issues including hip dysplasia, von Willebrand disease, eye disorders, degenerative myelopathy, and obesity, the last of which can be easily prevented.

These dogs love to chase. Given the opportunity, they’d chase all day. Hard-wired into their genes, the urge to do so is simply too strong to resist. While they’re not particularly prey driven (as opposed to other dogs such as the Siberian Husky), they won’t hesitate to run after small critters, especially if they’re in close proximity. It’s important to note, however, that their desire to chase goes past animals, for they’ll chase pretty much anything that moves—frisbees, balls, plastic bags in the wind, you name it. In some cases, they may even chase moving cars (a dangerous behavior that needs to be discouraged).