Recently, a friend was lamenting that she now had to share custody of her dog with her soon-to-be ex-husband. I think she was more upset about not having her furry companion with her 24-7 than she was with the actual breakup of her marriage.

For many people, dogs are not just pets they are members of their family. So, when couples decide to call it quits, emotions tend to run high when deciding who should get custody. Although we never like to think that a relationship might end, it’s always a good idea to plan ahead. Here are some things to consider. 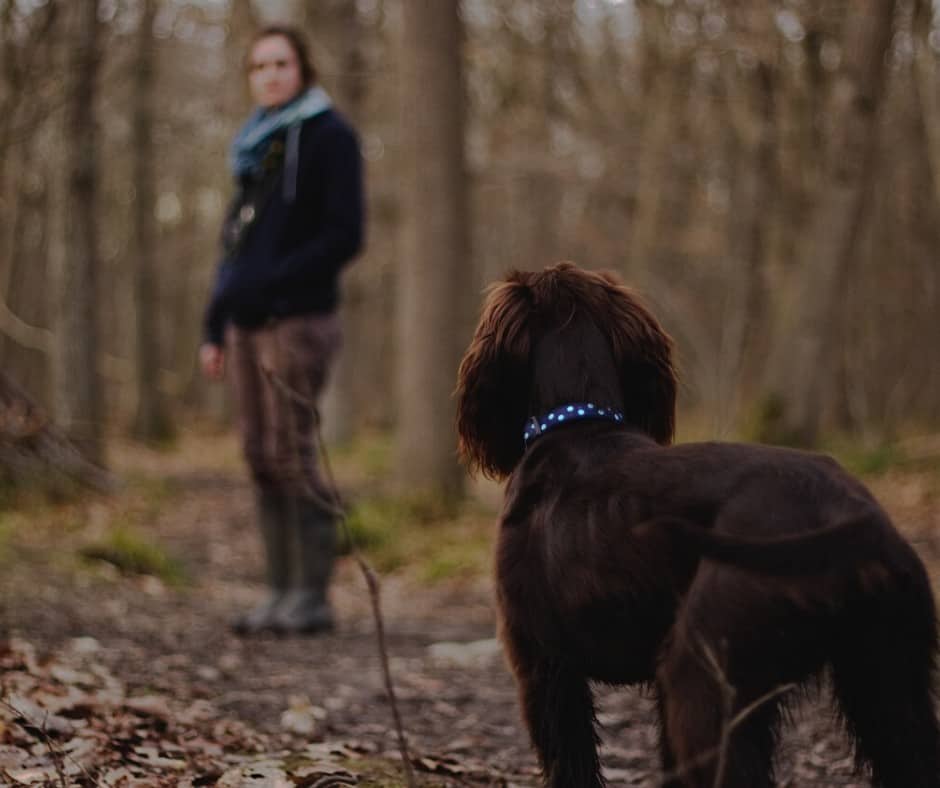 Many pets end up being left behind when couples split

Should you have a prenup or a cohabitation agreement that includes your dog?

Whether we like to think it or not, in most states pets are considered personal property under the law and are often treated like a car, a house or furniture when it comes to dividing up assets. Prenup and cohabitation agreements (for unmarried couples) are binding contracts that can be used to determine who gets what in the event of a split.

“It is generally a good idea to have a well-constructed prenuptial agreement that sets out how contentious issues (like who will keep the pets) in advance, as it can avoid long and expensive disputes in the future, says Jordan Bienert, a family law and divorce lawyer in Edmonton, Alberta. 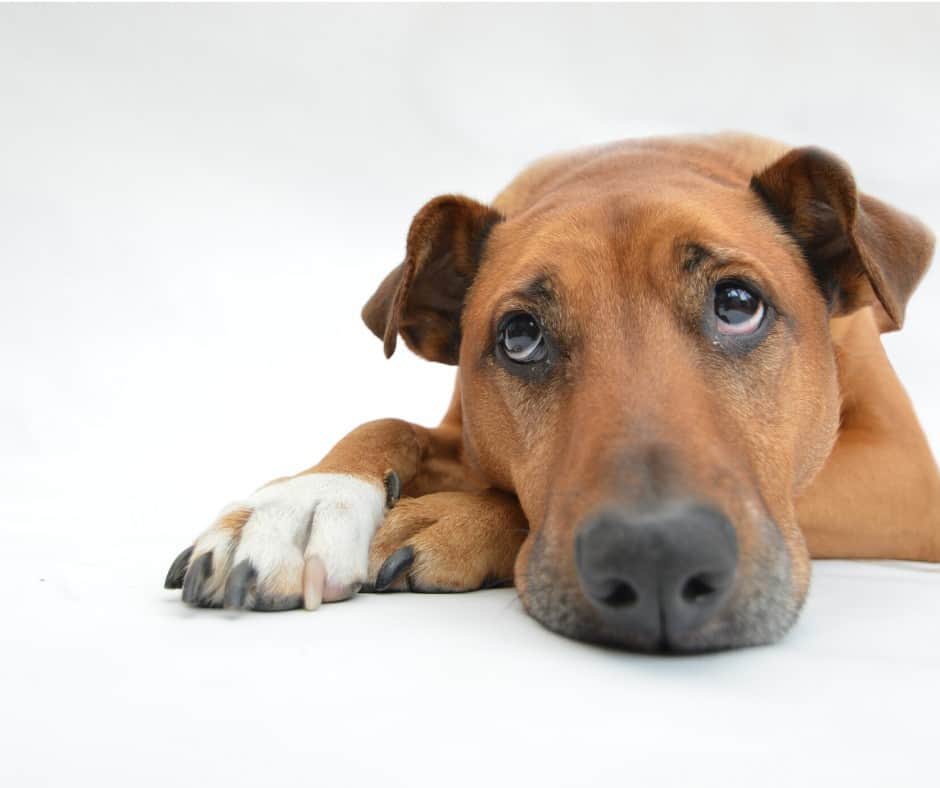 Dogs can often sense stress at home and it can affect them as well.

What if there is no prenup or cohabitation agreement?

Then things may get a little more difficult. Courts historically have treated pets as property. So when couples split, “pets are often lumped together with nonsentient things such as furniture, houses and cars,” says Steven Fernandez, a family law attorney in Los Angeles, Calif.

Which spouse gets to keep the dog could depend on when the dog was adopted or purchased.

A judge in a divorce proceeding might look at several factors to determine who would get primary custody of the dog. He or she might want to know who spends more time with the dog, who is the primary caretaker. “In fact, a judge might even care about whether the dog seems to prefer one spouse more than another,” says Demps.

Because so many people consider pets to be members of their family, some states are beginning to pass laws that allow courts to treat pets like they do children, and not property.

“Some states, including California, have come to realize that pets are more than property. In California, courts can use factors that are similar to those used in child custody determinations if partners can’t agree on who gets the dog after a breakup,” Fernandez says.

What are some things you should take into consideration when deciding who gets primary custody of your dog? 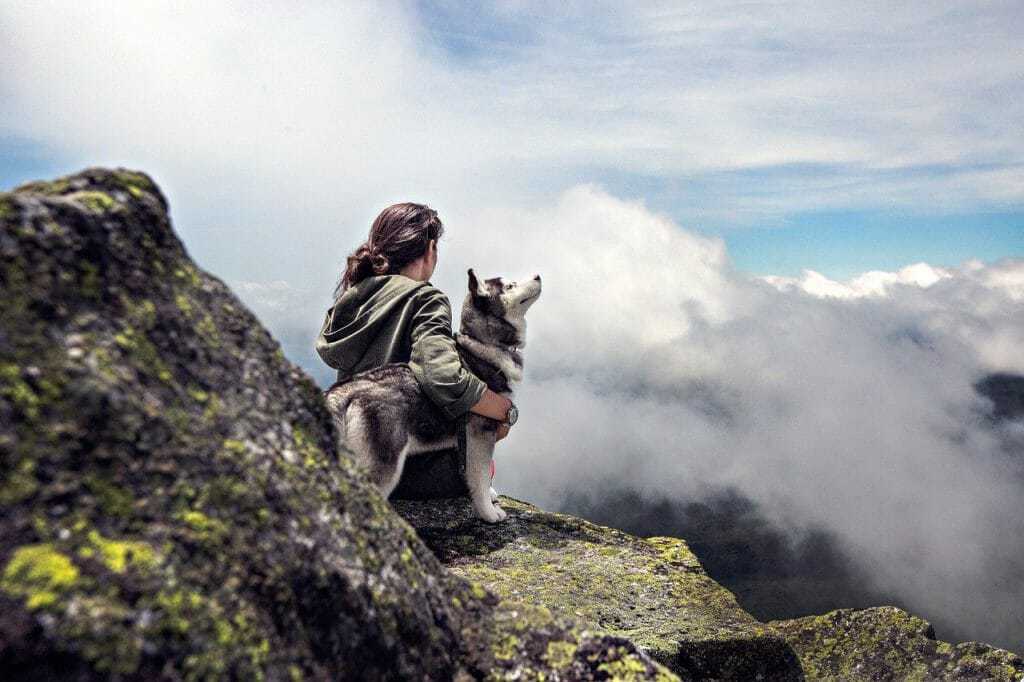 Dogs often bond with one person in a family. If you split up, consider how it will not only affect you, but also your dog.

As with caring for children, there often are parents who shoulder more of the responsibility for their dog. If you are the one who has been walking, feeding and taking the pet to his vet appointments, and now your soon-to-be ex wants custody, this may not be in the dog’s best interest.

When deciding who should get custody of the dog, there are several things you should take into consideration says Sarah Ochoa, a Texas-based veterinarian. She suggests that you ask yourself the tough questions such as:

Who does the dog like more? Let’s face it, more often than not, there is an Alpha mom or dad that the dog relates better to. How will that dog feel if that dog parent is no longer there? I know in my own house I hold the title of Alpha mom to the dogs, while my other half can say the same thing about our cats.

“The partner who has spent the most time taking Fido for walks, driving him to training classes, brushing and feeding him will be the one that the dog is bonded to the most,” notes Steffi Trott, a New Mexico dog trainer.

Who has more time to spend with the dog? Will the dog be left home alone because one of you works long hours? Do you or your spouse travel? Are you active military and subject to being deployed?

Who is more financially able to take care of the dog? “I see dogs whose owners have agreements on who pays the bills,” says Ochoa, the veterinarian. “I am even told which party can and cannot know information about the health of the dog.”

Whose house is best suited for a dog? Sometimes after a split, one person keeps the home and another may have to move into a smaller apartment. If the dog is used to romping in a big yard and suddenly is living in a small home with no yard, how will that affect the dog? “Ideally, the dog should stay in the environment that he is most used to,” says Trott. 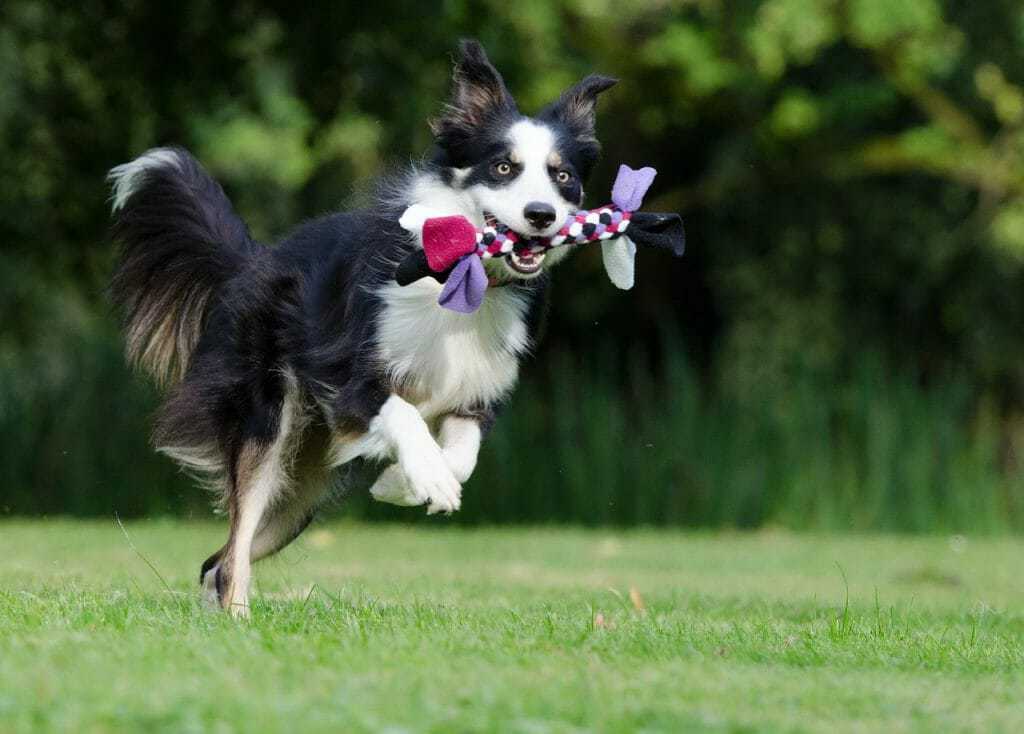 Keeping your dog active and engaged can help with stress.

Is joint custody a good idea?

Experts agree that this depends on the dog. Some are more suited to being bounced from one home to another than other dogs.

“Dogs sometimes have difficulty adjusting to new environments and may feel anxious about having to move back and forth so much. In addition, consistency in care and training is extremely important for the development of a happy and well-mannered dog.  If you and your partner cannot agree on how to raise a dog, it can send a lot of mixed messages to your dog that might result in anxiety, depression, or even aggression,” says Westborough, Mass. divorce attorney Heather O’Connor.

In addition, if the dog is attached to the kids, and the parents have shared custody of the kids, it might be a good idea for the parent to have the dog(s) at the same time they have the kids.

“Shared custody can work well for the dog if both owners can communicate and work together,” says Trott, the dog trainer. “It is absolutely critical that both see the dog’s wellbeing as the number one goal.”

Trott recommends that if there is shared custody that the dog’s schedule remain consistent. For example, that he be fed and walked at the same time every day, regardless of where he is living.

“Have a clear schedule and stick to it. Communicate important dates and events,” says Trott. 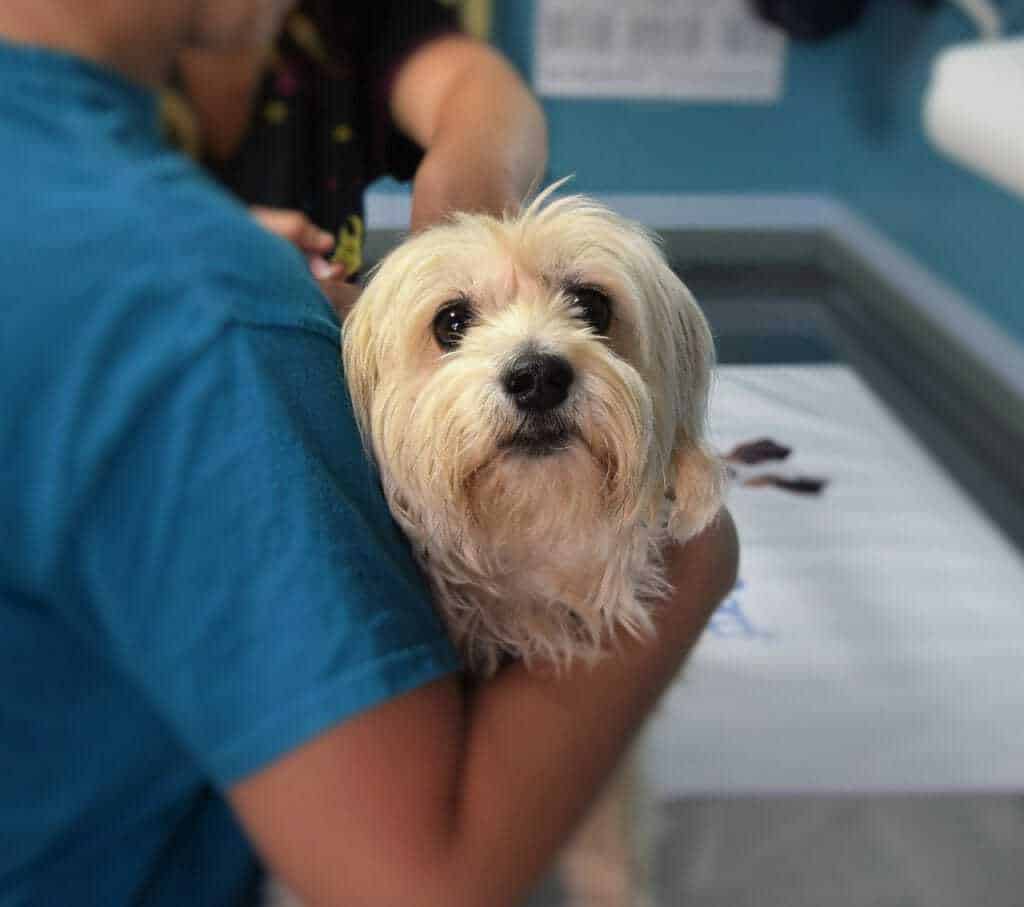 If you share custody of your dog, it’s best to keep communication channels open about his or her health.

If you notice the dog is acting differently or appears ill, communicate those things with your ex.

No matter how contentious a relationship might be, never use a dog to get back at your ex. “Taking out resentment toward your partner on the dog is unfair and will lead to everyone being miserable,” says Trott.

Dogs can sense when there is stress, so providing life-enrichment activities and mental stimulation can help ease anxiety and symptoms of depression, notes Jessica Gore, an animal behaviorist and certified professional dog trainer in Los Angeles, Calif.

Also consider having separate, but similar elements, such as a dog crate, bed and toys in both homes so that the dog feels comfortable.

“Big life changes and human break-ups are one of the reasons pups end up homeless,” Gore says. “This can be avoided with proactive arrangements.”

Bottom line, despite the fact that the courts might consider pets property, they truly are members of our family. We wouldn’t think of not having a plan in place and abandon our children after a breakup, that’s why it’s important to plan for the future for our dogs. 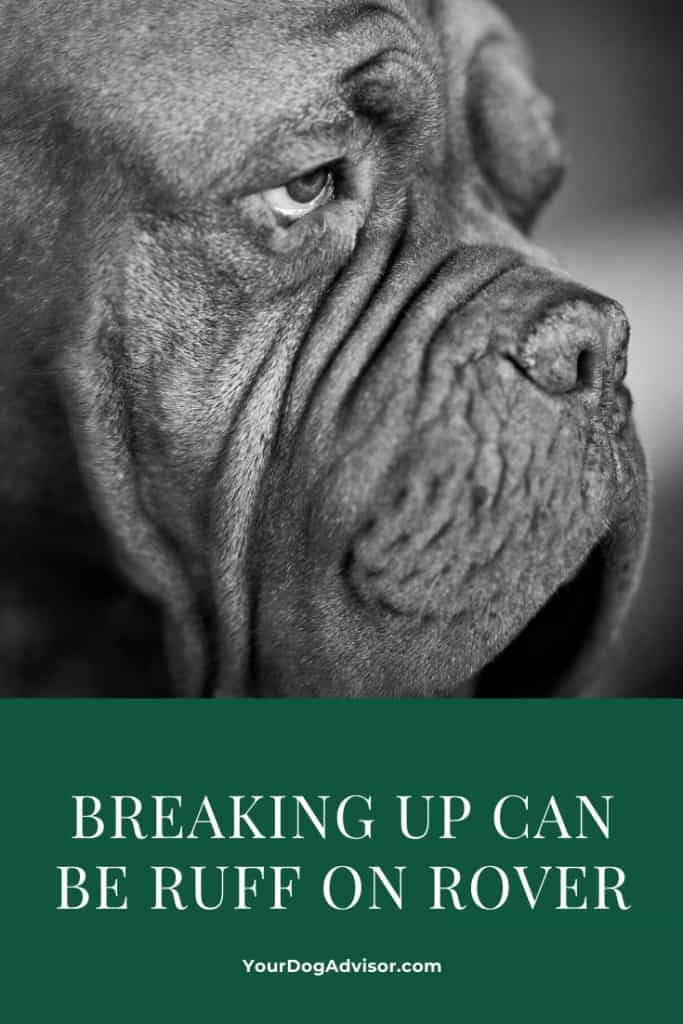