Have you or do you use shock collars or choke chains on your dog?  Perhaps you have had a bad experience and it has changed your mind about using them in the future?

They may get results but at what cost?

Being realistic, we do recognise that there can be times when experienced dog owners use these products and their dogs do not show any serious negative side effects as a result. But whilst they may seem like a great quick fix for certain issues you may be having with your dog, the science behind their use shows that they commonly increase fearful behaviour, can cause serious injury and can cause dogs to become more aggressive.

When these products are a success it is only because the dog has experienced something very painful at the moment they are doing something that the owner does not want, whether that be pulling, barking, chasing.

The biggest problems rear their head when dog owners that do not have a good understanding of animal behaviour and training use these products.  Their inability to understand the importance of timing, dog body language and fearful behaviour means that they are often used incorrectly and their use then results in more problems than there were before their introduction.

Surely we don’t want to encourage training a dog using such extreme pain-based methods anyway?  Is it not much better for your dog and for your relationship with them to put the time in and teach them using fun and positive training method?  In doing this you get them to do what you want because they want to do it, not because they are too frightened to do anything else. 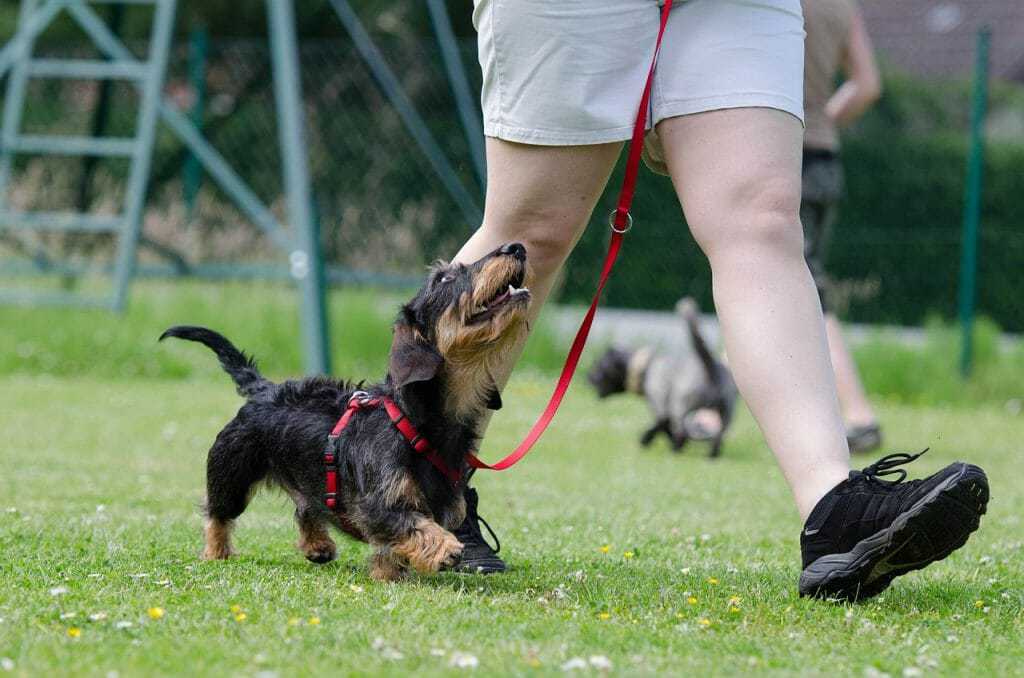 Whilst this is an emotive and divisive topic in the dog world, we, like most science-based and qualified dog behaviourists and trainers, would never advocate the use of these products and we hope that this article will help convince you to feel the same.

How do shock collars work?

There are two main different types of shock collars.  There are those that are used to keep a dog within a particular space when the dog reaches a marked periphery the collar will then kick in and administer a shock and those that the handler has control of through a remote control.

The handler has to ensure that they administer the shock at exactly the right moment and there usually needs to be a number of repetitions so that the dog understands what they are receiving the shock for.

These are the most commonly used collars.  The shock can be administered by a remote control.   If the behaviour that the owner is trying to stop does not change, the intensity of the shock can be increased through the remote.

Just some of the problems that can arise from the use of remote shock collars are as follows: 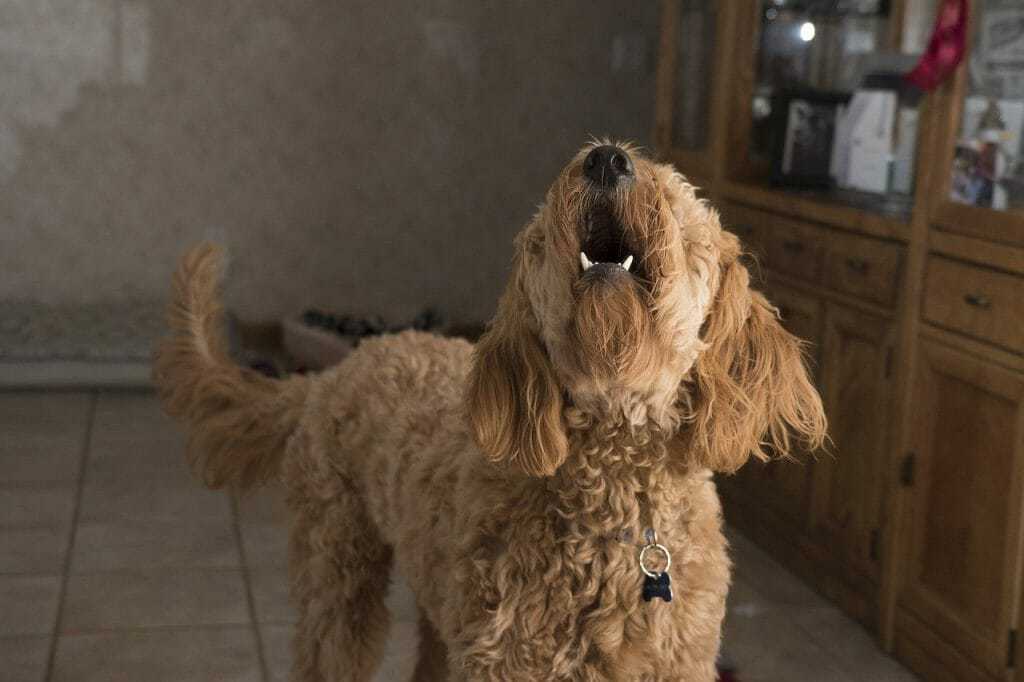 Sometimes shock collars are used to control barking.  Often this can result in the dog becoming frightened of the thing they were barking at 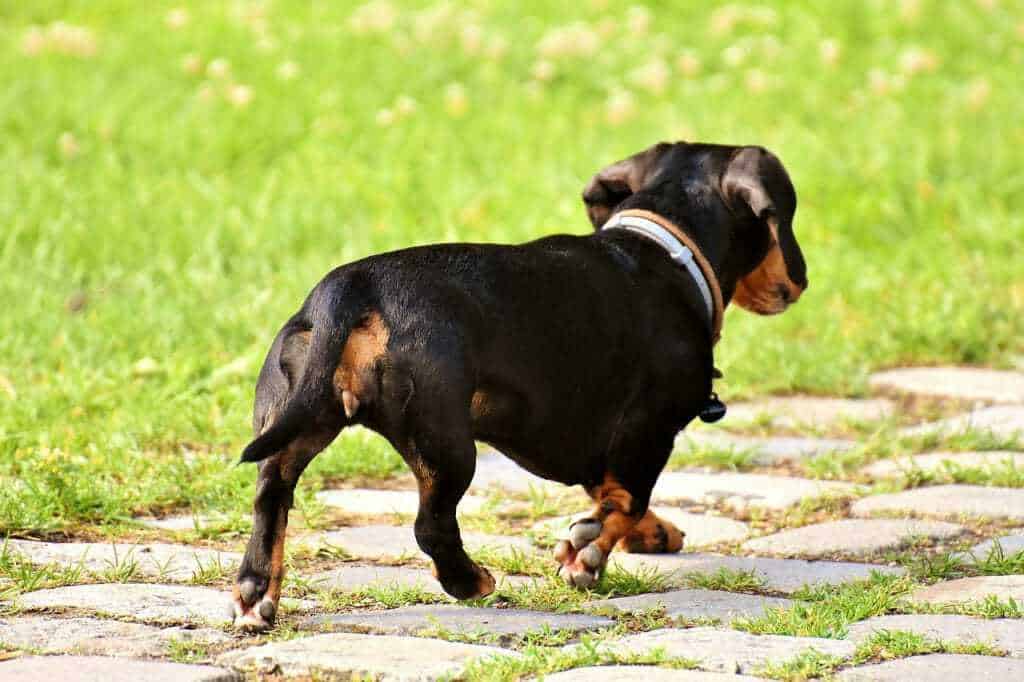 These are usually cables that are buried around the perimeter or a garden or area that you want to keep the dog secured within. When the dog comes within a certain vicinity of the cable the collar usually emits a beeping noise (this is a warning that they are close to receiving an electric shock).  If they continue moving forward they will receive a shock. With time they should understand where the perimeter is and not go past this. If the dog has a high drive to move outside the perimeter the handler has the option to turn the severity of the shock up.

Whilst there is no arguing that some people have had success with this product, there are many cases reported where other problems, often serious, have been created as a result. Some of these with tragic consequences. These include: 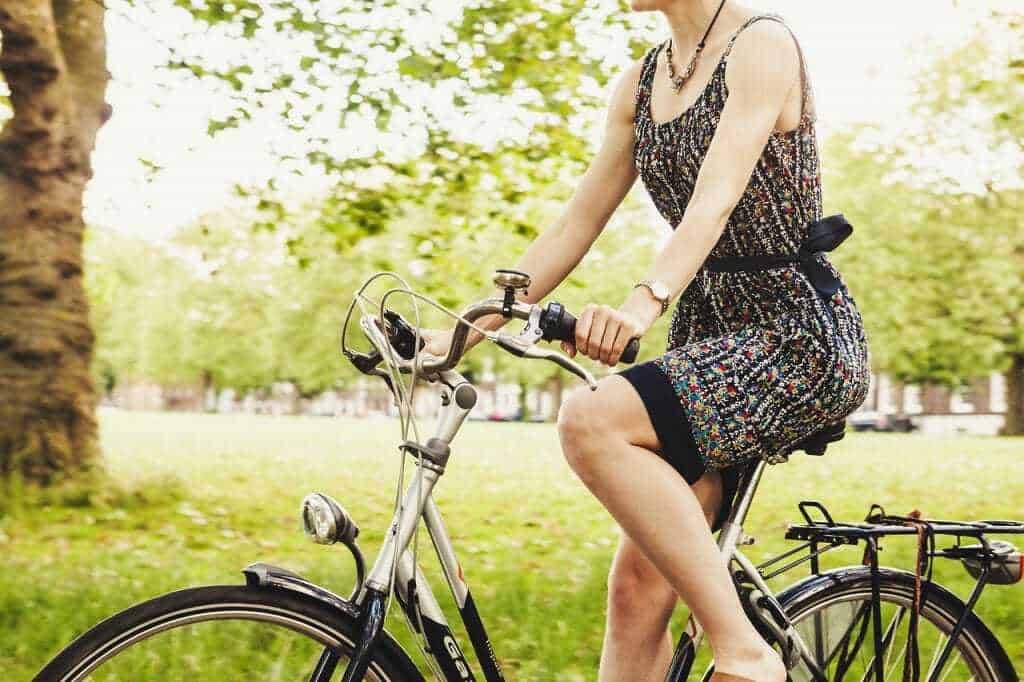 If a dog is shocked every time a cyclist goes past their house, they can then become frightened of them

How do Choke Chains and Prong Collars work?

Choke chains work by applying pressure to your dog’s neck in the hope that this pressure will stop your dog from pulling/lunging.  Prong collars work in a similar fashion but as well as tightening on the dog’s neck they also have a set of prongs that dig into the dog’s neck as they pull too. 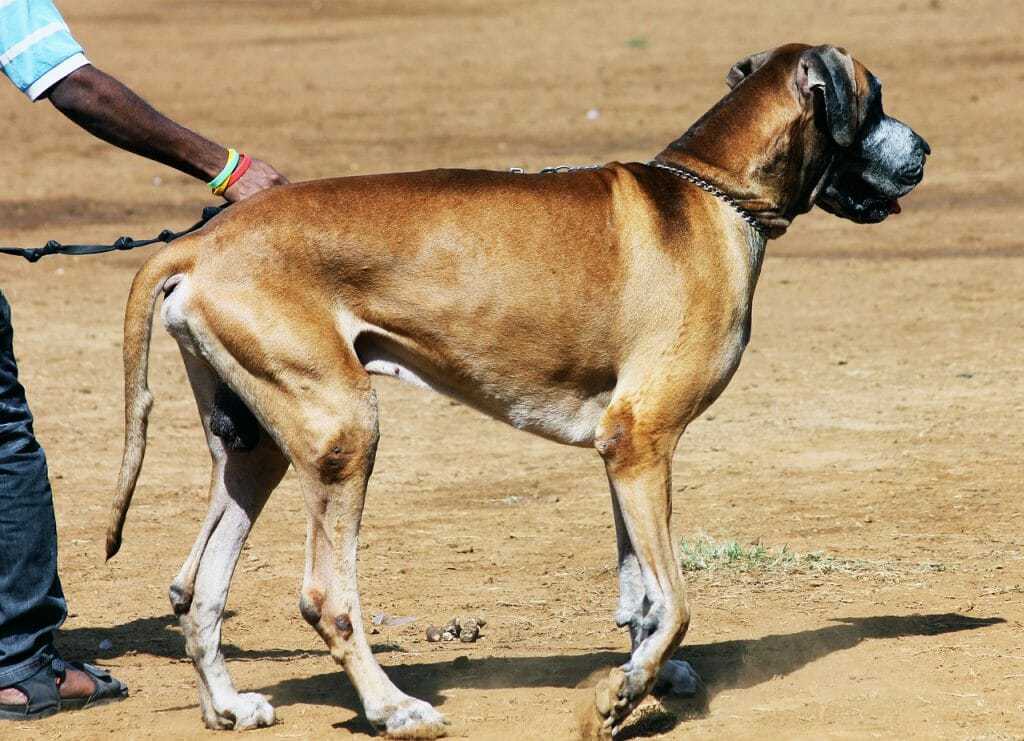 The potential for serious injury

Whilst they can be effective if used with the correct timing and techniques, the trouble is that a lot of the time the dog will still continue to pull against these collars and this can cause serious damage to the dog’s trachea overtime.

If the dog is jerked too harshly it can actually be potentially fatal.  There have been reports of dog’s that have died as a result of asphyxiation (particularly at risk are the brachycephalic, flat-faced breeds like pugs and french bulldogs), dogs that have had their trachea crushed and dogs that have got this type of collar caught on something and been strangled.

Dogs can sometimes end up with problems with swollen eyes due to the severe pressure being put on their necks too.  There have also been reported issues with trapped nerves resulting in spine or front leg problems too. 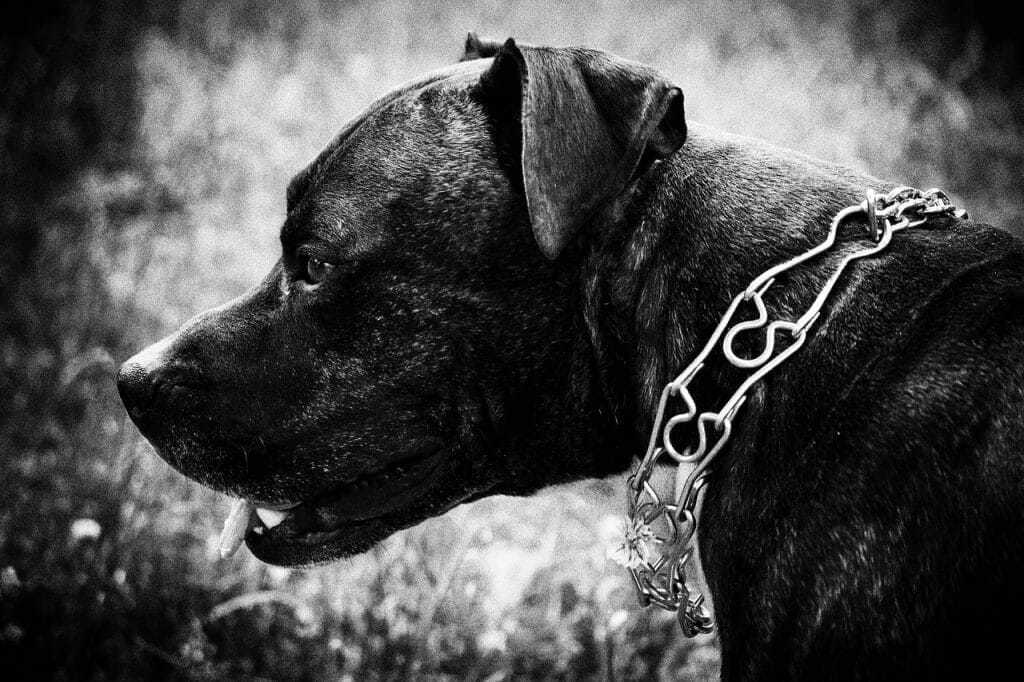 There are plenty alternatives of to these aversive: What action to take instead

If you choose to use clicker training it may take a bit longer to get there but you will get good results if you are patient and consistent.  If your timing goes wrong with clicker training, you haven’t caused any harm. You just need to start the session again.  If you get the timing wrong with a shock collar, the damage can be irreparable.

Reward the behaviour that you want

Make sure that you are routinely rewarding the behaviour that you want.  So, if you were using a shock collar to stop your dog from jumping up, instead offer your dog a reward every time they put four feet on the floor.

Distraction and redirection techniques work too

Rather than using a shock collar to stop your dog from barking at other dogs, redirect their attention onto their favourite ball or their favourite treat instead.  When they are quiet let them play. 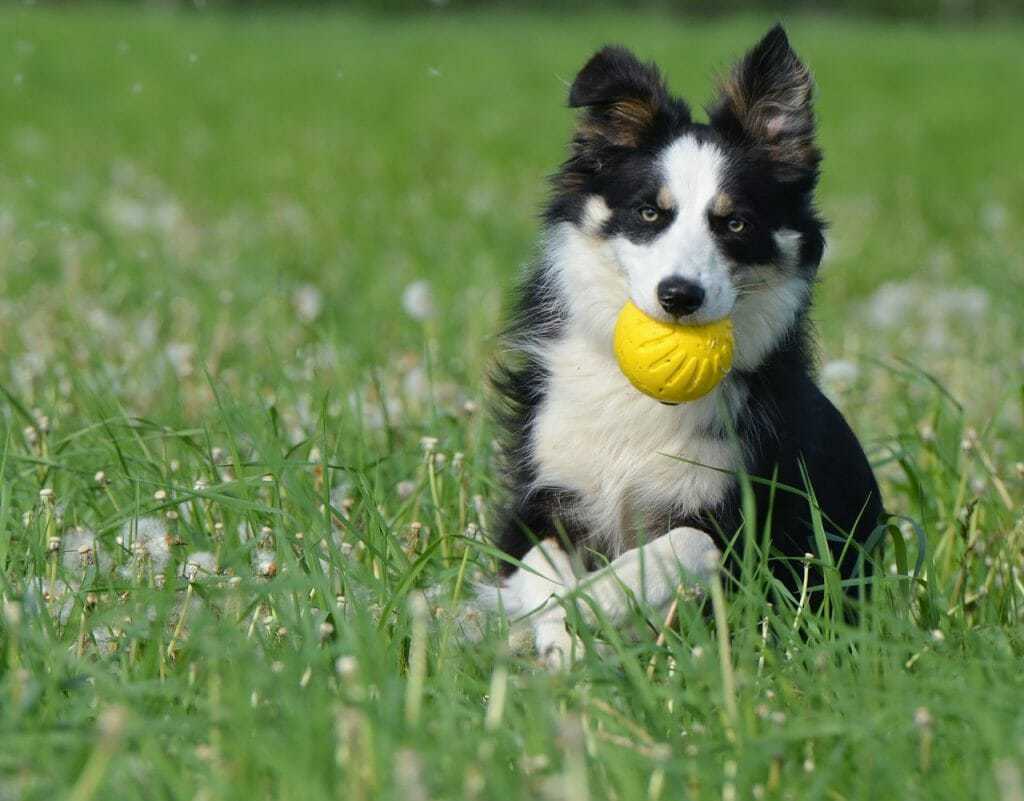 Make sure your dog is not just bored

Some behaviours can occur as a result of boredom or a lack of stimulation.  Maybe your dog is barking a lot at home or perhaps they get over excited when you meet new people on your walk.  Rather than resorting to shocking them for barking or over-excitement, why not make sure that they are properly stimulated.  Good long walks with plenty of opportunities to sniff and explore, plenty treat dispensing toys to keep them busy at home and lots of little training sessions.  Maybe you could consider taking them along to a dog sport like agility or cani-cross (running with your dog). 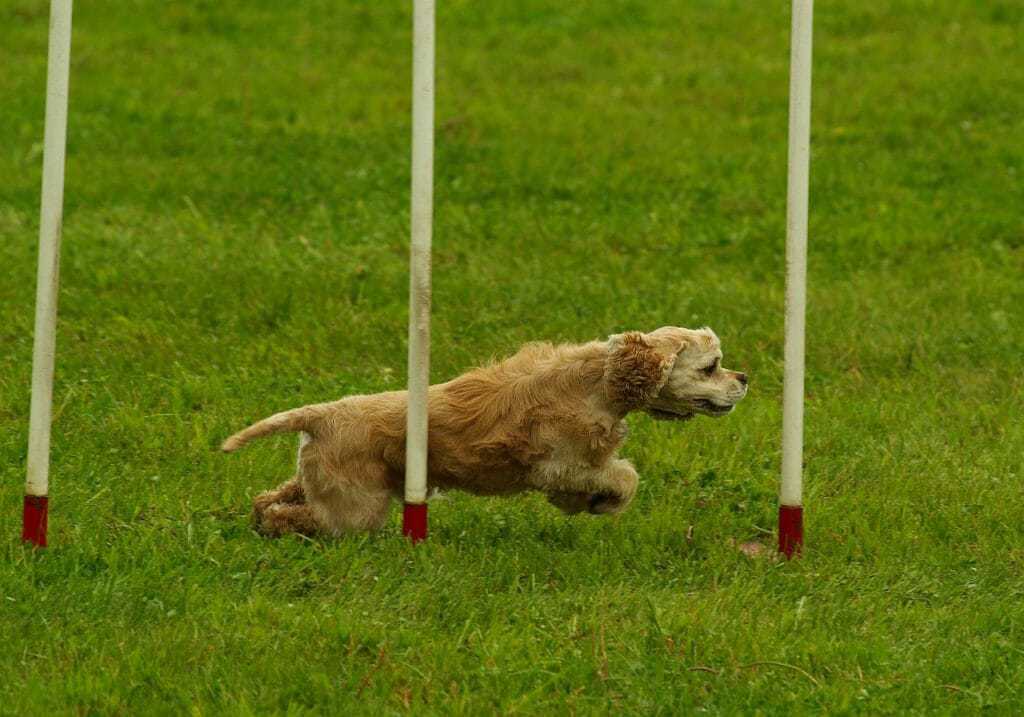 Using positive training techniques will help you to build a strong bond with your dog.  They will want to please you and will be doing it because they trust you rather than because they are afraid.

Use counter conditioning and desensitisation to work on fearful behaviour

If your dog is frightened of other dogs and barks aggressively at them every time he sees them, using a shock collar to stop him barking is not going to teach him to like the other dog.  In fact, it may actually teach him to become even more afraid as everytime he sees one he gets a shock.

By using counter conditioning and desensitisation you teach your dog that seeing a dog only means good things.  Everytime they see another dog they get a yummy treat. With time, gradual introductions and patience your dog will start to have a different reaction.  For more information on how to work on this with your dog see our fearful dog article.