It might sound like something from a science fiction novel but there is now strong scientific evidence to show that our dogs can actually detect human cancers.  This fantastic ability is now being honed by dog trainers and clinical researchers with the hope that this will enable cancers to be discovered in the early stages, meaning they can be more successfully treated.

Even before the scientific studies began in earnest there was an increasing number of anecdotal reports from owners that their dogs alerted them to their cancer. The dogs would begin displaying unusual behaviour around their owners because they were able to detect cancer through their sense of smell.  At first, these reports were often poo-pooed as being flights of fancy but as the reports increased it meant that more official studies began being conducted to establish what truth there was behind these claims.

Dogs have a VERY good sense of smell

You are probably already aware that dogs have a truly amazing sense of smell.  With 25 times as many smell receptors than us humans, their sense of smell is at least 10,000 to 100,000 times more sensitive than our own!

Whilst the human brain is largely controlled by the visual cortex (the outer layer of the cerebrum), a dog’s brain is governed mostly by their olfactory (smell) cortex.  Their olfactory cortex is at least 40 times larger than ours.

It can be hard to wrap your head around just how powerful their sense of smell really is but, to give it some context,  it is claimed that a dog can detect the smell of a single drop of blood in an Olympic sized swimming pool. This is why they are already used very successfully as part of search and rescue teams and as drug and bomb detection dogs for the police. 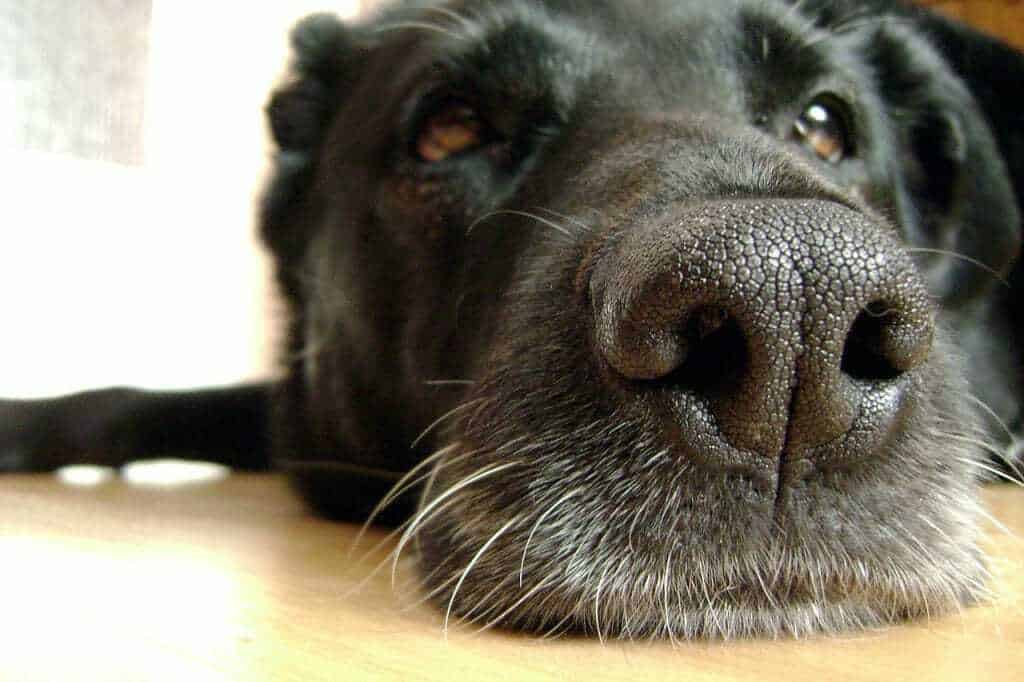 Some of the earliest studies

Way back in 1989 there was a letter sent to the Editor of the medical journal The Lancet from two qualified dermatologists.  They explained that a woman noticed that her dog would frantically sniff a lesion that was present on her thigh every day without fail.  The dog even went as far as to try to bite off when her leg was uncovered. This caused the woman to become increasingly concerned and she decided to visit her doctor and it was discovered that she had a malignant melanoma.  She may not have gone to the doctor when she did had the dog not been so persistent and this could have resulted in a later diagnosis at a later stage.

Whilst smaller scale studies and reports continued through the nineties, there were no major commissioned official studies being conducted yet.

In 2004 a study was done by a British research team measuring whether dogs could discover bladder cancer through sniffing urine samples.  Whilst the dogs, that had been in training for 7 months, only got it right 40% of the time this was enough to inspire others to conduct further research and from here a number of good results were achieved and there was a swell of public and media attention.

There was also a set of very credible double-blind studies that were published in 2006 and things moved up a further notch in terms of the interest that was being taken in this area of work.

What else is the science telling us?

From some of the early studies, it seems clear that dogs can detect cancers through scents present on an individuals skin, breath, urine, faeces, sweat or blood.

It is also evident that dogs can detect a wide variety of different types of cancers rather than just one or two and that these can be detected even in the earliest stages.

A study that was conducted in which the dog was trained only to alert for breast cancer resulted in the dog also altering for lung cancer and this proved an interesting find as it suggests there may be common scents present across a number of different types of cancer.

The highly regarded cancer research charity Pine Street Foundation had an extremely encouraging study that used breath samples of 31 breast cancer patients, 55 lung cancer patients and 83 patients that did not have any cancer.  The 5 trained scent dogs were able to indicate with around 90% accuracy.

A Japanese studying in 2011 using a Labrador named Marine to detect colon cancer was also extremely successful.  Marine was able to detect the cases with 97 per cent accuracy! This was in a study of 200 patients that were suffering from the disease.  What made it even more interesting was that Marine was around 25 per cent more accurate in his detections than the faecal occult blood tests carried out.  Basically, he was better than the current testing methods. 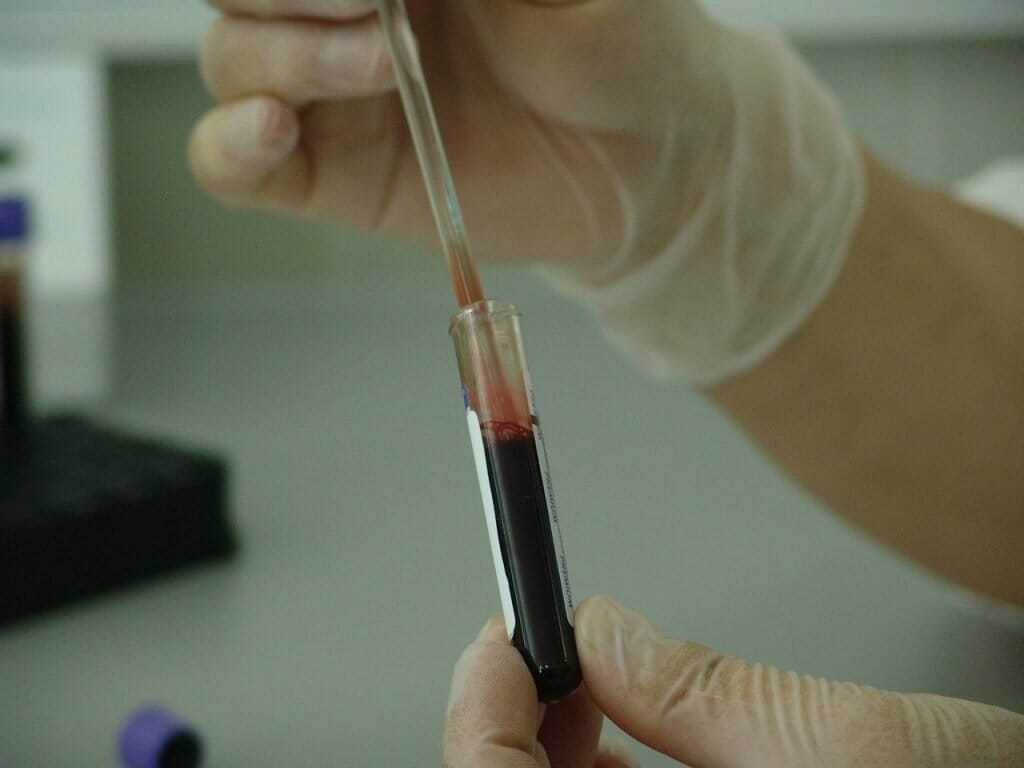 What would the advantages be?

If we are able to successfully harness this ability in dogs, it could carry some major benefits for the medical profession and the patients.

In comparison with some of the existing cancer screening procedures, using dogs for detection is lower risk and non-invasive. Often patients are subjected to invasive and stressful biopsies that turn out not to be necessary.  There would not be the side effects that can come with some existing procedures and the dogs are mobile (they can come to patients that may struggle to reach a specialist unit) and they can trace the cancer clearly to its source.

At present it is recognised that unfortunately many cancer detection techniques are not always accurate and symptoms are often not detected until the cancer is in the latter, trickier to treat, stages.

At the moment there are some varieties of cancer that are not possible to definitively test for in the early stages, these include ovarian and prostate cancer.  Ovarian cancer is often not diagnosed until the latter stages and by this point, it is often too late. This can be similar to prostate cancer which also has a very invasive biopsy process (men are often subjected to over 30 needles as part of the process).

Even if the dog’s don’t end up being used in a patient setting, studying their abilities may help scientists develop technology that could act as an ‘electronic nose’ replicating the ability of the dogs but from a machine.

Why it is not a full proof solution at the moment

It is widely accepted that using detection dogs would not likely be a practical solution for widespread cancer detection. Apart from the vast resources that would be required to effectively train enough dogs, there is also the fact that every dog will have different skills and differing rates for producing false positives and negatives.  Dogs can have bad days and their effectiveness can vary. At least with tests such as mammograms, the doctors know how accurate they will be.

The worthwhile work of Medical Detection Dogs and others

The UK charity Medical Detection Dogs and other organisations like them across the globe work closely with doctors and scientists involved in the field of bio-detection.  Their work involves the ongoing training of dogs to detect certain diseases. Crucially they have also recently been giving Governmental recognition in terms of the validity of their work.

Their work will be vital in enabling further development of ‘electronic noses’ by nanotechnologists.

Medical Detection Dogs was co-founded by Dr Claire Guest and it was her own experience that was the inspiration behind her involvement in the work of the organisation.

In 2009 her usually very placid dog Daisy began repeatedly and animatedly prodding her in the chest.  Dr Guest realised that the area was bruised and when she went for further tests it was discovered that she had a malignant growth that could have become severe if she had not got an early diagnosis.

What does the training involve for cancer detection dogs

Whilst any dog can be taught to alert for cancer or other illnesses, organisations like Medical Detection Dogs use those dogs that are typically associated with hunting traits and with a strong desire to undertake scent work and searching tasks.  That means they often use Labrador Retrievers and Working Spaniels.   Some dogs that become cancer detection dogs are ones that have failed their guide dog training as they are too interested in sniffing instead of being the eyes of their owner.  They are perfectly suited to these scent work tasks.

They are all taught using reward-based training methods and often using clicker training. The dogs are trained to positively identify specific cancers from urine, faecal, skin swabs or breath samples.

The Pine Street Foundation in the United States who are involved in the training of detection dogs described the tasks that their dogs work on.  They have a control group consisting of cancer patients and individuals that are cancer free. They have all the individuals blow into plastic tubes.  The tubes, containing particles of the individual’s breath, are then put into bowls lined up uniformly and randomly. The dogs are then brought into the room and they will go down the line of bowls sniffing each of them.  They are taught to sit at the bowl that they detect has cancer.

When the dogs make a correct identification they will be heavily rewarded for their efforts. 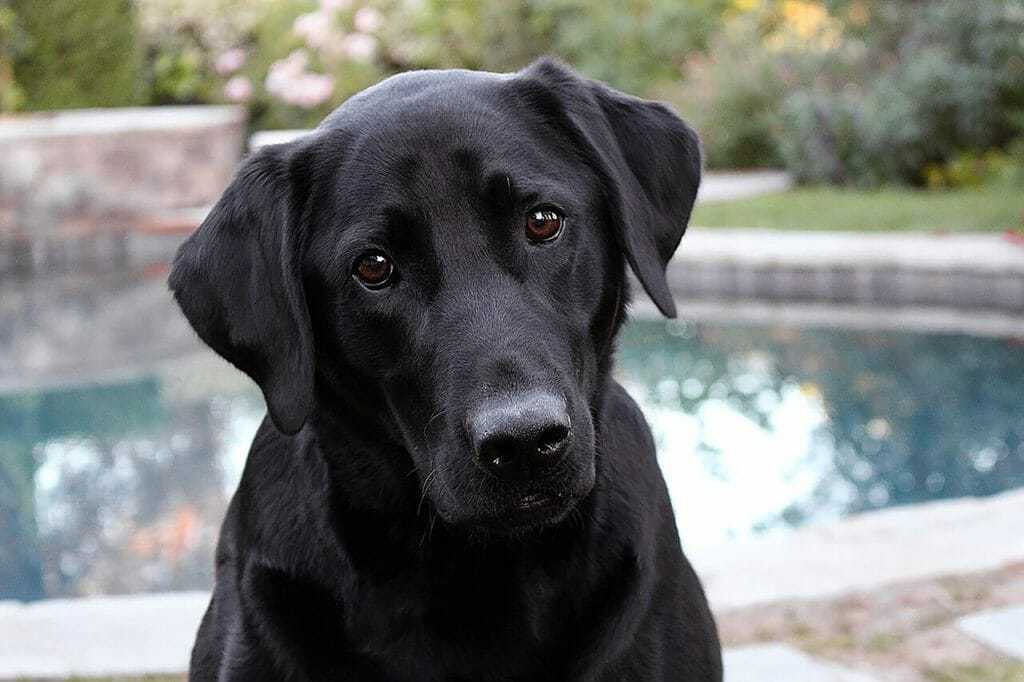 What can we expect in the future?

Most researchers accept that much of the work done with cancer-detecting dogs will be most helpful in allowing researchers to create and then fine tune mechanical detection machines that work on the same principle as a dogs detection skills do.

It may just be too difficult to transfer the dog’s incredible skills directly into a clinical environment, but if the studies can then help inform future technology to enable earlier detection of the disease this can only be a positive step, especially given that, largely due to late diagnosis, cancer is one of the biggest killers in the US and the UK alone.

It is not just cancer that dogs can smell

Medical Detection Dogs are currently working with dogs to detect Parkinson’s Disease and Malaria.  At the moment there is no cure for Parkinson’s Disease but with earlier diagnosis, treatment would be able to start earlier to potentially slow down the development of the disease and increase the quality of life of those diagnosed.

Medical Detection Dogs also have Medical Alert Assistance Dogs and they are trained to alter to changes in an individual’s odour as a result of life-threatening illnesses.  They can alert Diabetics when they have low blood sugar levels, warn individuals that are susceptible to a crisis as a result of Addison’s disease and alert individuals that have severe allergies when airborne allergens are present.  If someone has a very severe nut allergy and a packet of peanuts is opened near them, the dog can warn their owner so that they can move to a safer location.

If you think your dog suddenly seems to be sniffing you more than normal, don’t panic.  It is highly likely that something else is causing this rather than that they are smelling cancer on you.  Perhaps you have changed your deodorant, have spilt something that smells really good on your clothes or maybe you have been visiting someone recently that has a cat!

If your dog is suddenly constantly focussing on one particular part of your body and in a very persistent and animated fashion over a number of weeks or months then maybe this is something worth giving more thought to. 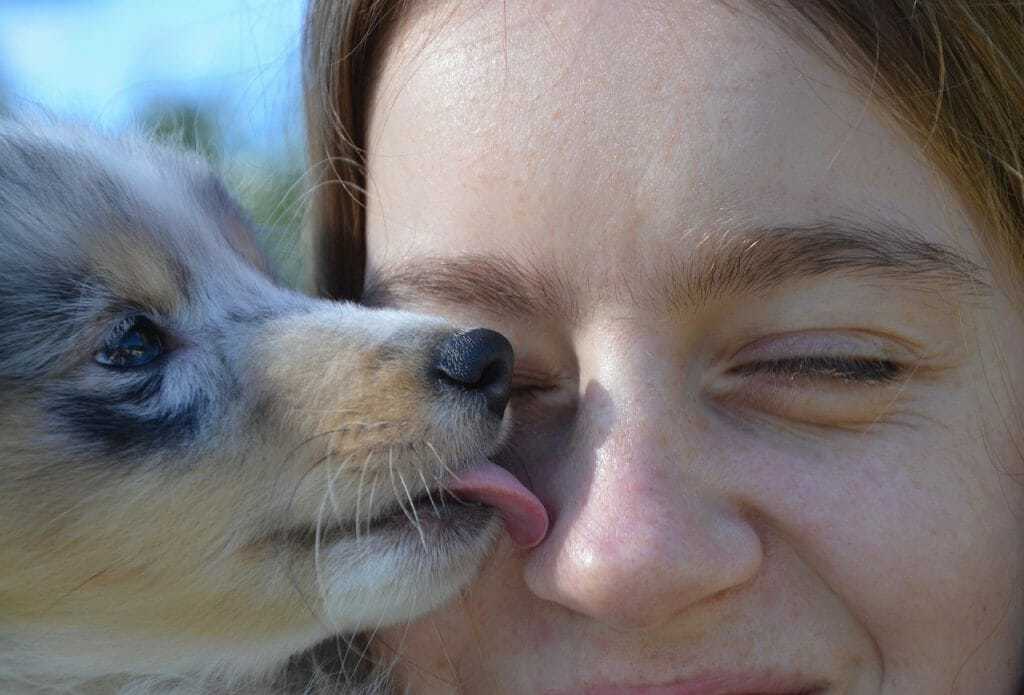 If your dog is licking you a lot, don’t panic, it is highly unlikely that it relates to them trying to alert you to something sinister