Picture this: an adorable dog bed has finally arrived! What you do after the delivery guy left it on your front porch is yell out your dog’s name.

Upon hearing this, your dog, Baby Boy, happily rushes to you. But as soon as he notices the package that’s beside you, you notice something under him.

There are wet droplets on the floor. And sadly, you are 100% sure what it is. 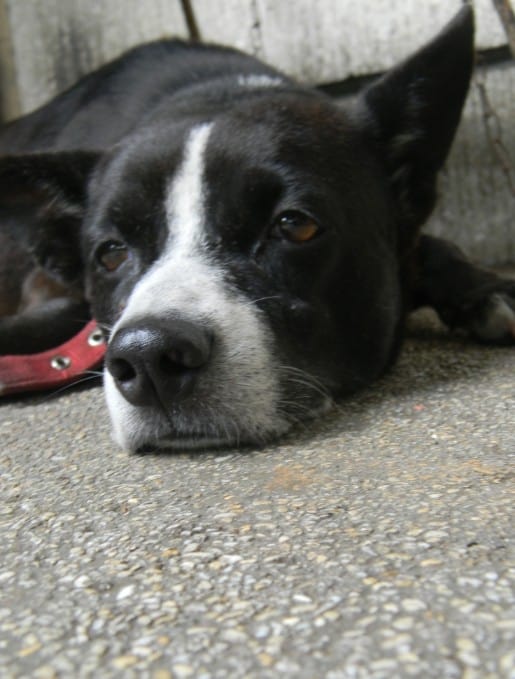 Sometimes, dogs pee where you don’t want them to.

Bummer. But dog owners know that it happens and it’s called submissive urination. While you can, you shouldn’t give him a hard time about it. Instead, go to him and help him out!

Submissive urination is urination that happens along with submissive behavior. It’s a condition that involves your dog releasing urine at unexpected places and during unexpected times. 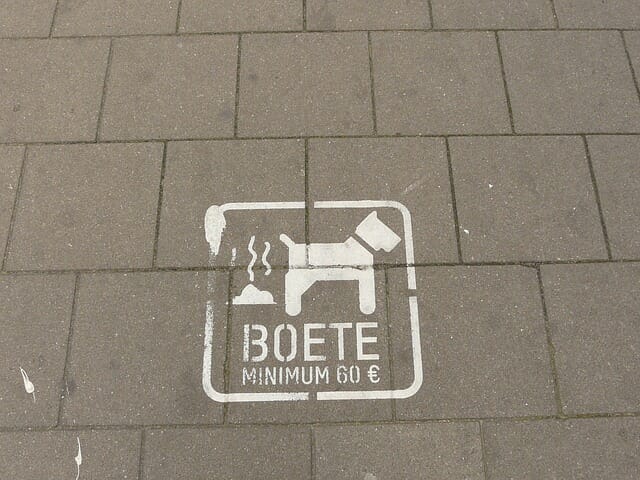 This condition is also an indirect reason why your dog smells bad. If he tends to urinate submissively and you refuse to bathe him regularly – and also clean his environment as often, you’re somehow sealing his fate.

What breeds are affected by submissive urination?

It can affect feisty dogs such as the Labrador, Rottweiler, and German Shepherd. And it can also affect the cute ones like the Bichon Frise, Poodle, and Shih Tzu.

This is because submissive urination can affect all dogs for one simple reason:

It’s a normal communicative behavior. When your dog urinates submissively, it’s him telling you that he’s not a threat to you. If your dog could speak, that’s what he would say. 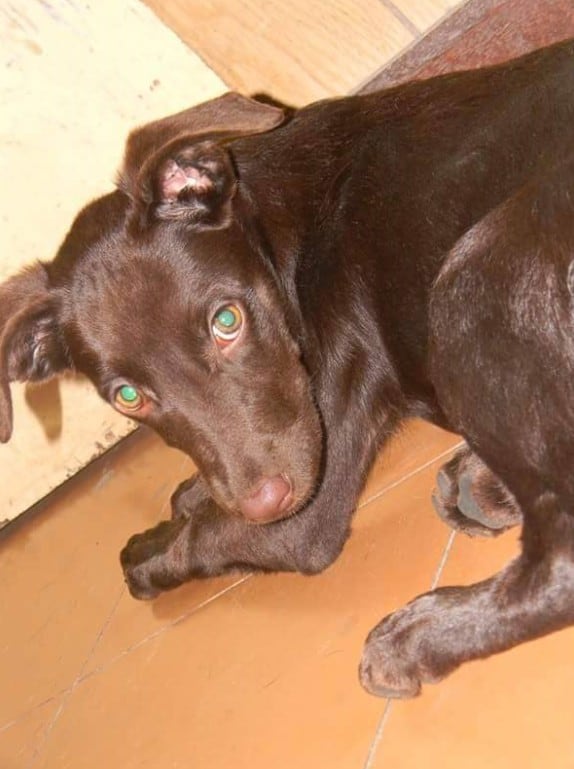 A clear cut sign of submissive urination is the sight of your dog doing it in action. It’s not hard to miss this.

Sometimes, even when he knows you’re looking (and that you’ll get mad), he’ll still pee – like it’s his right!

An incident of submissive urination usually happens when an unknown element suddenly disrupts your dog’s safe space. It could happen when you urge him to enter your room. It could even happen when he’s carelessly playing with his ball and ball thrower.

You can see a video of a dog who was trained to pee in a bathroom!

New dog owners assume that their dogs pee unexpectedly because their pets’ energy are beyond the roof. For them, they have a high-energy dog.

This isn’t necessarily false. But even if you have a high-energy dog, you shouldn’t use it as a reason to overlook submissive urination. After all, this condition is undeniably a problem.

The good news is, it’s something you can treat and cure! You just need to get to the bottom of the problem.

Here are its possible causes:

It’s in your dog’s head. And it’s also because you’ve placed the problem there – albeit accidentally.

The solution: Be patient with your dog. And find a way to gently make him understand that peeing wherever he wants is not the way to go.

The solution: Give him about a week to get used to his new routine. And always monitor him when it’s time for him to urinate. If he pees where he shouldn’t, it’s your cue to gently tell him off.

The solution: You should also give him about a week to get used to his new setting. Monitor him throughout that time and gently let him understand that urinating randomly is not okay. 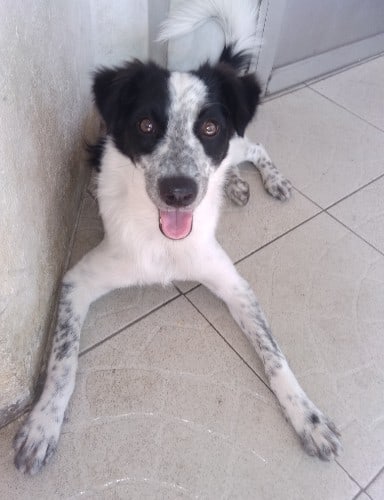 Without a doubt, submissive urination is a form of misbehavior. The problem is, your dog doesn’t see it that way.

Therefore, it’s your job as his owner to lead him into the right direction.

The solution: Always keep an eye on him and gently tell him off the instant he tries to urinate. If you’re watching, he’s going to be conscious of his behavior. Soon enough, when he feels safe in the said area, he will feel that there is no need for him to mark a spot as his territory.

The solution: Complete his training. No matter how old he is, it doesn’t matter. You should still pick up where you left off.

The solution: Get down and dirty and train him. A benefit of doing this with a youngster? He’s easily trainable! 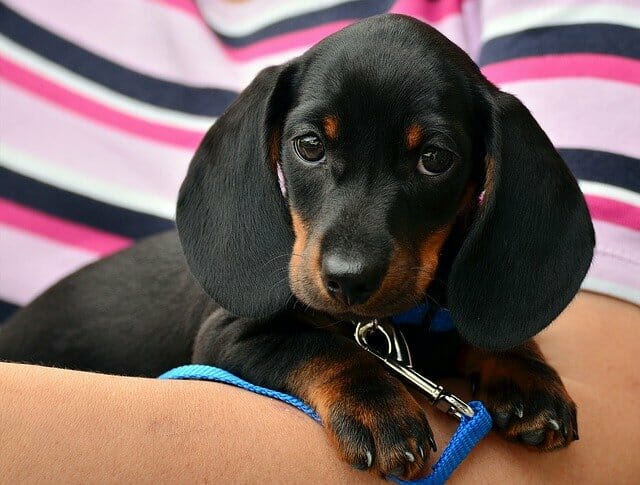 The younger he is, the easier he is to train!

One of the things that might make you feel anxious when you notice your dog is submissively urinating is the possibility of him being in pain. But to pacify your worries, you can rest easy knowing that NO, he is not in any pain.

Besides, he doesn’t see anything wrong with it. As mentioned earlier, your dog will consider it a normal way of communicating. But just because it is normal for them doesn’t mean that it’s not worth correcting.

The golden tip on how to handle this is by incorporating The Clicker Method.

The Clicker Method, or clicker training, is one of the most effective ways of training your dog. You can use it to teach him anything you want quickly.

And in this case, it’s how you can help him overcome submissive urination. You can use it to teach him to stop peeing unexpectedly.

But while submissive urination is a condition mainly caused by psychological and behavioral factors, wouldn’t you want to rather feel safe than sorry?

If so, it’s best to rule out possible medical causes, too. The common ones include gastrointestinal upset, UTI (urinary tract infection), and abnormalities of the genitalia.

Just schedule a trip to your veterinarian and let him check out your dog. Usually, when it’s only submissive urination without any obvious physical symptoms, there’s nothing to worry about. And to be 100% certain about it, this is the way to go! 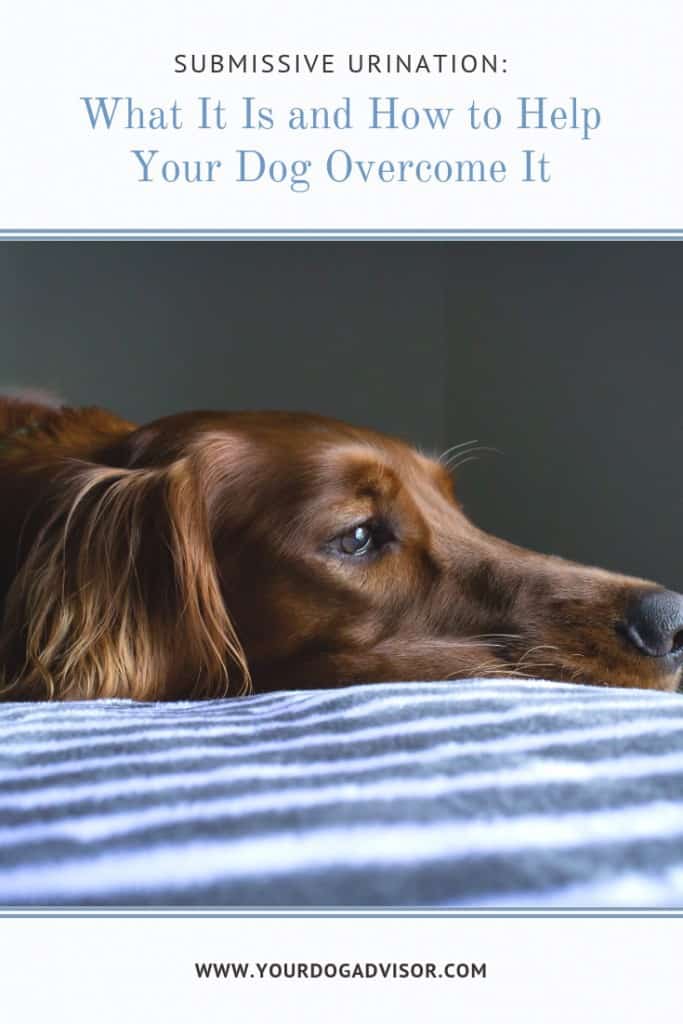