Hailing from Germany, these dogs have only been around for a few decades.

The Eurasier dog is a medium-sized dog breed that is known for their prick ears and thick fur coat. Known for being good-natured, they make excellent companions as they form strong bonds with their humans. Unlike some other dogs of the Spitz family, the breed is still relatively new—that is, they’ve only been around since the early 1960’s. Nonetheless, their popularity has grown in the United States over the past few years. If anything, more and more people have begun to notice just how endearing the Eurasier dog is.

As cute as the Eurasier may be, however, the Eurasier may not be the ideal choice for some individuals. Before bringing one home, it’s important that you first research the medium sized dog breed—after all, it’s hard to take care of the Eurasier if you don’t know about its specific needs. 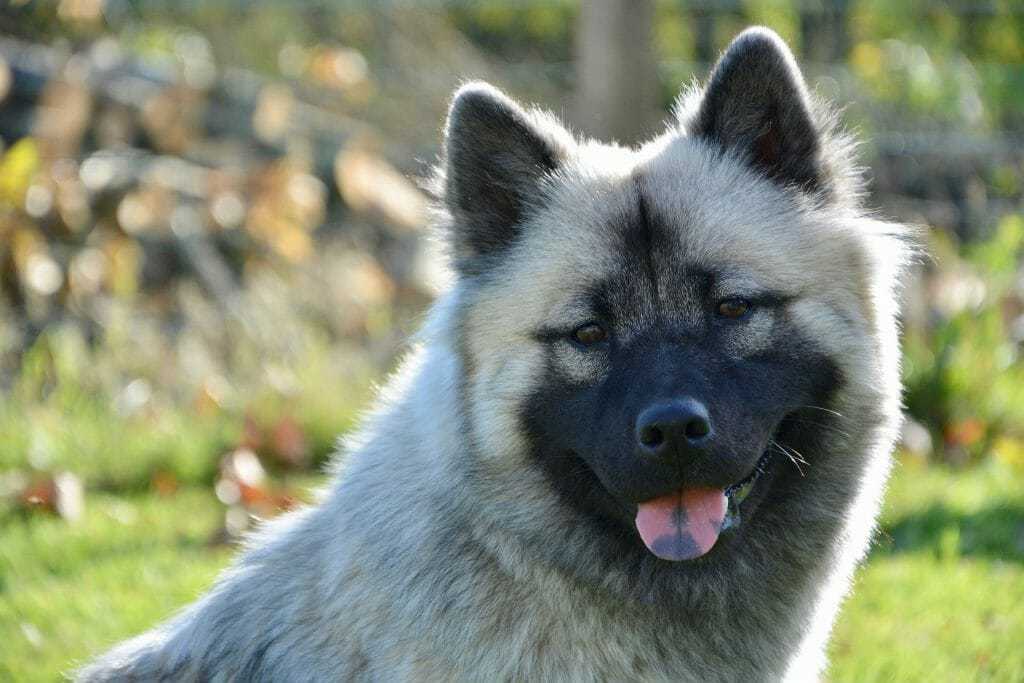 The Eurasier in a Nutshell

The medium sized Eurasier breed (also known as the Eurasian or Eurasian dog) was developed in Germany in the early 1960’s. Wanting to re-create the ideal family dog, a breeder named Julius Wipfel had begun to cross Wolfspitz with Chow Chows to create the Wolf Chow; a Samoyed was later added to the Wolf Chow mix to create the Eurasier dog (so named for its European and Asian background). The Eurasier was eventually recognized as an official breed by the German Kennel Club in 1973 and later with the Foundation Stock Service program with the American Kennel Club.

Temperament: Eurasiers are calm even-tempered dogs. While they are reserved towards strangers, they are even tempered, form close bonds with their family and are good family dogs. They tend to be alert and watchful.

Adaptability: The breed is highly adaptable; they can thrive in a variety of living situations.

Barking Tendencies: Eurasiers are typically quiet dogs; however, they will bark when it is warranted.

Apartment Friendly: The breed does well in apartment settings given that they receive adequate physical and mental stimulation.

Cat Friendly: Most are friendly towards cats—especially if they’ve been socialized at a young age.

Dog Friendly: Eurasiers tend to get along with other canines.

Child Friendly: Devoted to their families, many will get along with children. Parents are recommended to introduce them to the family at a young age.

They are relatively light eaters despite their size; some might also be picky about their food. They should be fed a high-quality diet—one that is formulated to meet their nutritional needs.

Their double coats require regular brushing. Bathe every few months or on an as-needed basis. Regular teeth brushing is important for the prevention of dental disease.

Eager to please, they are generally easy to train; positive reinforcement is especially effective. It is worth mentioning, however, they are known for reacting negatively to harsh discipline.

These dogs were bred to be robust with minimal health problems. However, they might be susceptible to a few health problems such as hip dysplasia, patellar luxation, elbow dysplasia, hypothyroidism, and retinal atrophy.

We will be going over 11 different facts about the Eurasier below. Hopefully, this list will be helpful in familiarizing you with the breed.

1. The Eurasier can be Hard to Find in the United States 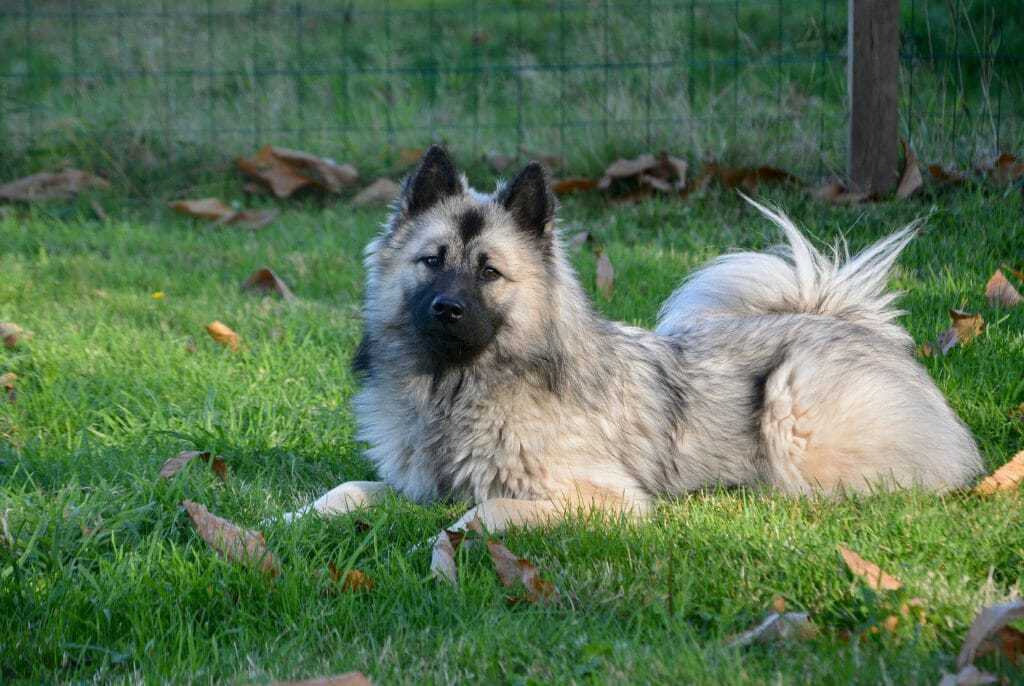 Eurasier puppies are fairly rare in the United States; this is due to the fact that there are only a few reputable breeders in the country.

Given the fact the breed has only been around for a few decades, it’s not surprising to know that they can be hard to come by—especially in the United States. Unlike Europe, where the Eurasier originated from, the U.S. only has a handful of reputable breeders. Because of this, it can be difficult to obtain a puppy. In fact, it’s not uncommon for aspiring owners to be placed on a waiting list for many months before hearing back. Patience is key when it comes to bringing home puppies of these fluffy companions.

2. The Eurasier Forms Close Bonds with their Families

Eurasiers are social dogs that are known for forming strong bonds with their humans. While they are not prone to separation anxiety, they do like being around their people. For this reason, they should never be isolated from their families; this is important in fully developing their desired personality traits. If left alone in a kennel or backyard, they can suffer from emotional distress. Looking for a dog that will be content to spend time by themselves? If so, they are probably not the ideal choice for you.

3. The Eurasier is Aloof Towards Strangers 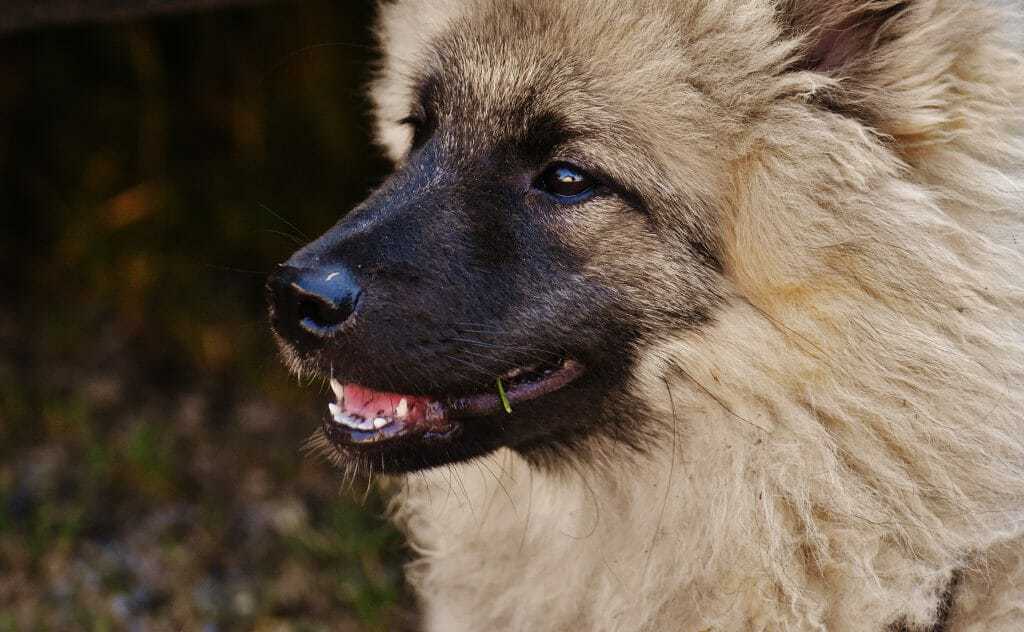 The Eurasier does not crave attention from strangers; it is a good family dog but usually takes a while for them to warm up to unfamiliar people.

Eurasiers are typically aloof and reserved towards strangers. It is important to note, however, that they are rarely timid or aggressive. In fact, many will come to say hello—they just won’t be super excited about it. With proper socialization, though, they may be able to overcome this trait. For the most parts, though, Eurasiers will be wary of unfamiliar people; it’s simply something that is ingrained into their DNA.

4. The Eurasier Sheds A Lot

As with most double-coated dogs, Eurasiers are big shedders. If you’re allergic to pet hair, they’re probably not the right breed for you. Twice a year, they also blow their coats, a process that lasts for a few weeks. During this period which happens twice a year, it would help to brush their fur regularly to get rid of loose hair. Still, there will be a lot of fur; the fact that they’re quite big doesn’t help either. If anything, you’ll want to purchase a high-quality vacuum—one that’s capable of picking up pet hair from different surfaces. After all, you’ll be needing it, a lot.

5. The Eurasier is Generally Easy to Train 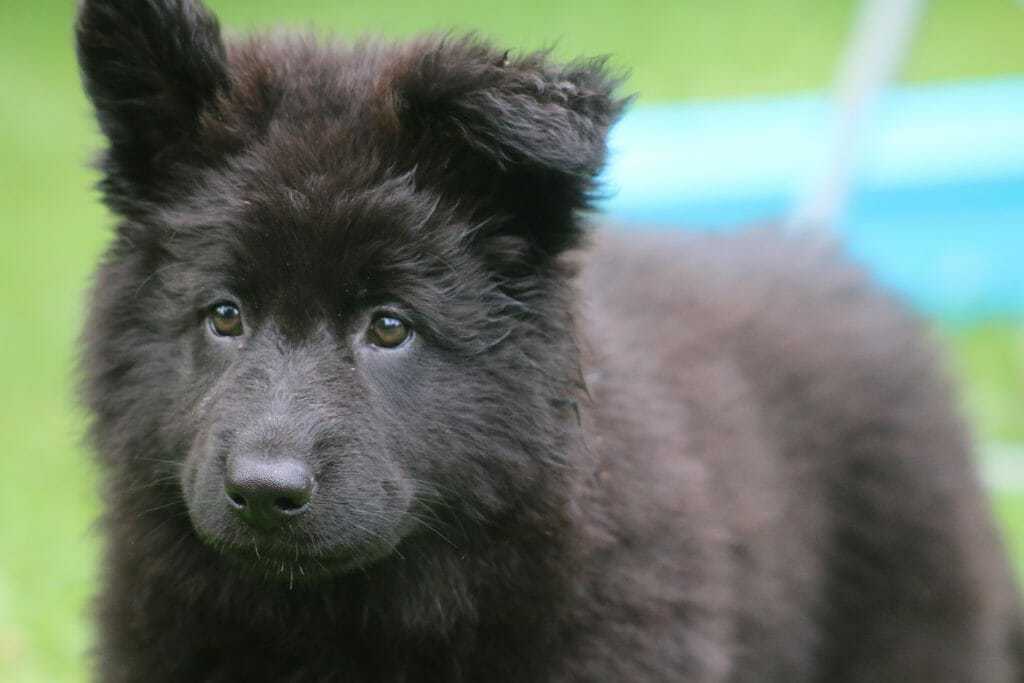 Training is often a breeze for these dogs, as they are keen to learn.

Eurasiers are intelligent and eager to please. Quick learners, they pick up on things quickly—especially if treats are involved. In addition to positive reinforcement, they respond well to clicker training. With strong leadership, they’ll be able to exercise their minds while increasing their self-confidence. Given that they receive proper training, many can even become therapy dogs. It is worth pointing out, though, that they are extremely sensitive to discipline. For this reason, you should never reprimand them harshly as it would impact their emotional state.

Eurasiers rarely bark; when they do, however, it is usually warranted. For instance, they would bark to let their humans know when someone is at the door. Compared to other breeds, though, they are relatively calm. As with most traits, though, it depends on the dog breed—some might be more vocal than others. In general, though, it’s fair to say that they don’t bark often. If you want a pup that’s suitable for apartment living—look no further. Your next-door neighbors might not even realize that you have a dog! 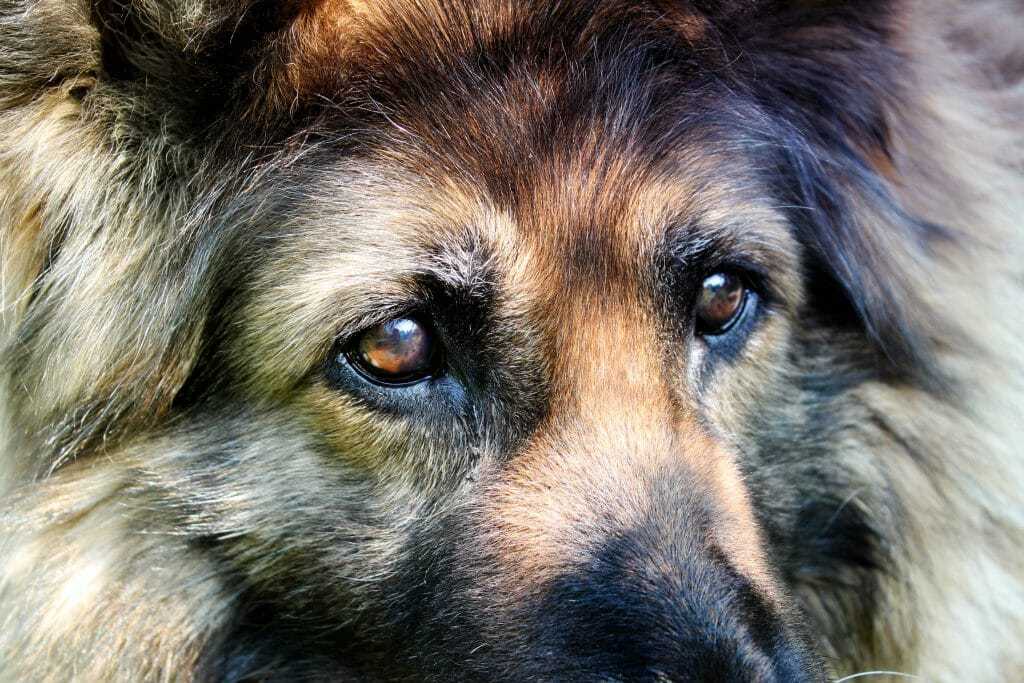 Eurasiers are diligent watchdogs as they are often vigilant of their surroundings.

Eurasiers make excellent watch dogs. Highly attentive, they will bark loudly to alert their owners when something is amiss. For instance, it’s not uncommon for them to bark when a stranger approaches the house. Don’t be fooled into thinking that they’re guard dogs though—they’re not. As a breed, they simply do not have a natural instinct to protect. With that said, you can count on them to let you know when there’s an intruder on your property.

8. The Eurasier is Relatively Low Energy

Eurasiers are relatively low energy compared to other dogs. With that said, they’re not couch potatoes; they do require regular exercise—just not as much as say, the Siberian Husky. While many will be content with just a daily walk, they do enjoy the occasional hike or run. Of course, mental stimulation is important as well. For instance, you can provide them with various puzzle games—such as those that involve hiding a treat.

9. The Eurasier Comes in a Variety of Colors 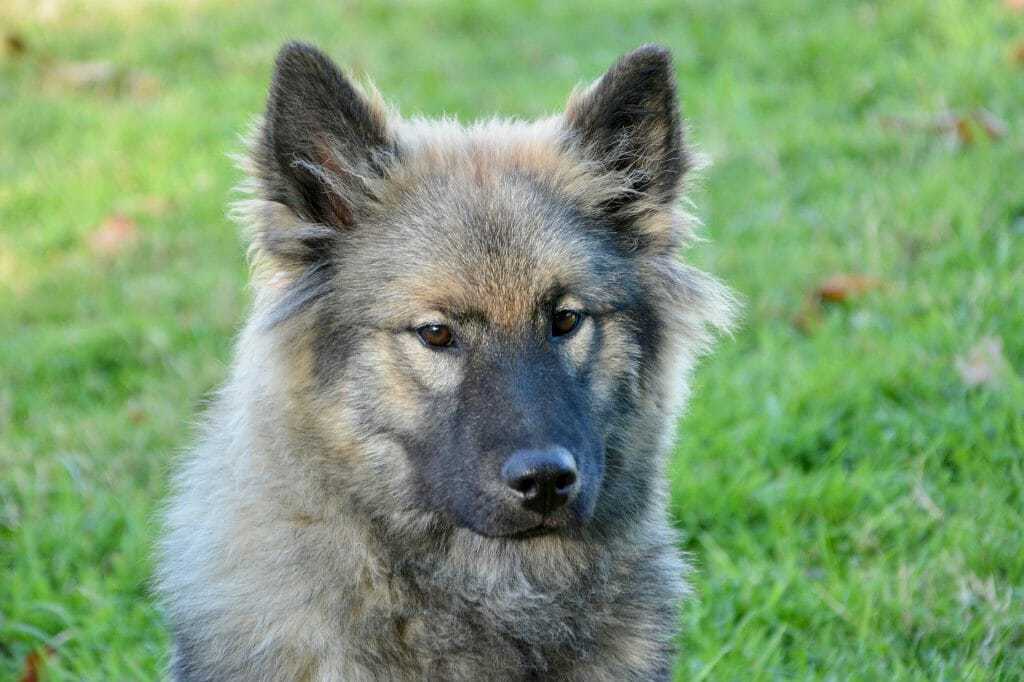 These dogs come in many colors from black to sable.

Eurasiers comes in a variety of colors. For instance, their fur coats can be red, fawn, tan, black, or wolf grey. With that said, the majority of dogs seem to be sable or agouti. As puppies, though, their coloration is often different from what it will be when they become adults. For instance, it’s not uncommon for dark pups to lighten in color as they become older. In the end, it might take several months for their true color to come in.

10. The Eurasier Do Not Have a Strong Hunting Instinct

As opposed to Huskies or Akitas—both of which have strong prey drives—the Eurasier virtually has no hunting instinct. To put it simply, the dog breed has no desire to chase. Fortunately, this is often a good thing for dog owners. Not only will they not go after wildlife, but they can usually be kept with small animals such as rabbits or guinea pigs. To be on the safe side, though, you’ll probably want to keep them on a lead outdoors. Having said that, many will do just fine with off leash walks. 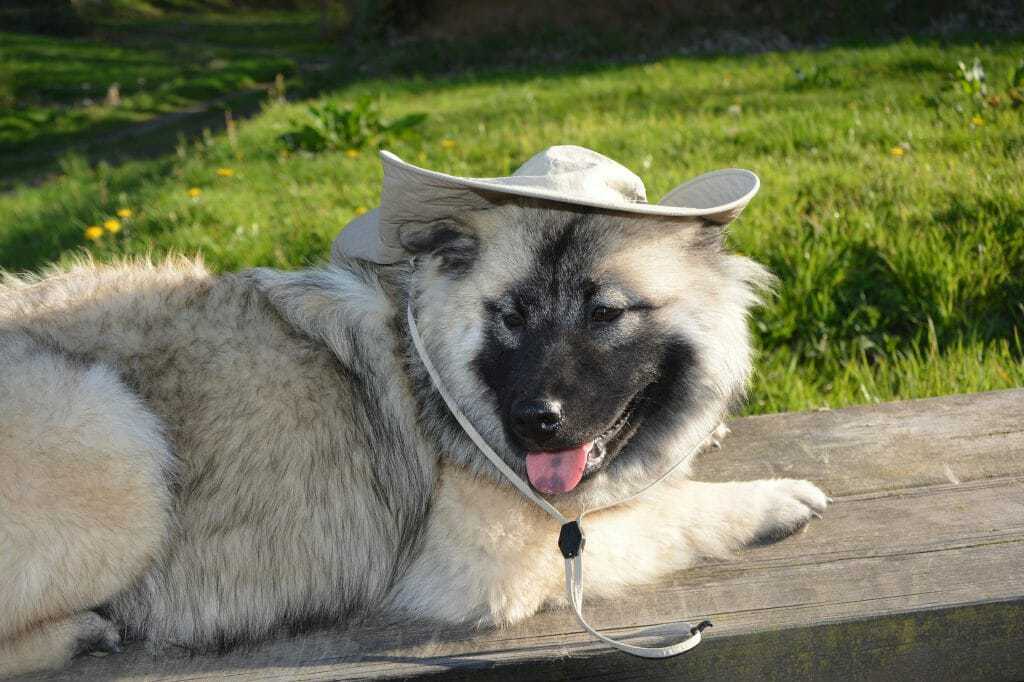 These dogs are highly adaptable; while the dog breed enjoys cool weather, they can do well in hot climates.

Although Eurasiers prefer cooler temperatures, the dog breed tolerates hot weather just fine—just remember to give them water and shade. In the summer, many Eurasiers will seek out breezy spots, where the Eurasiers can relax and take a breather. Depending on the dog, some may even dip into the water for a quick swim; not only is it fun, but it will help the Eurasiers to cool down. While they prefer air-conditioning indoors, it is often not necessary—sometimes, an electric fan to help circulate the air is all that they’ll need.