The Kishu Ken is one of six Japanese spitz-type dogs.

The Kishu Ken is a medium-sized spitz dog that is native to Japan. Tenacious hunters, the Japanese breed was primarily used for hunting game such as deer and boar. Bred for thousands of years in the Kishu region (modern day Mie and Wakayama prefectures), they are known for their muscular build with prick ears and a curled tail, and courageous spirit. Highly devoted, Kishus make excellent family dogs. Designated as a national treasure (“memorial of nature”) in Japan, this national treasure is however rarely seen in other parts of the world. While that may be true, though, more and more individuals have begun to familiarize themselves with the breed that is recognized by the American Kennel Club and Japan Kennel Club.

Interested in the Kishu Ken? Before making any decisions, it’s probably a good idea to conduct some research on Japanese dog breeds first. As you can probably expect, these dogs have a unique set of traits—which may or may not be compatible with your lifestyle. Is the Kishu Ken the right breed for you? Let’s find out. 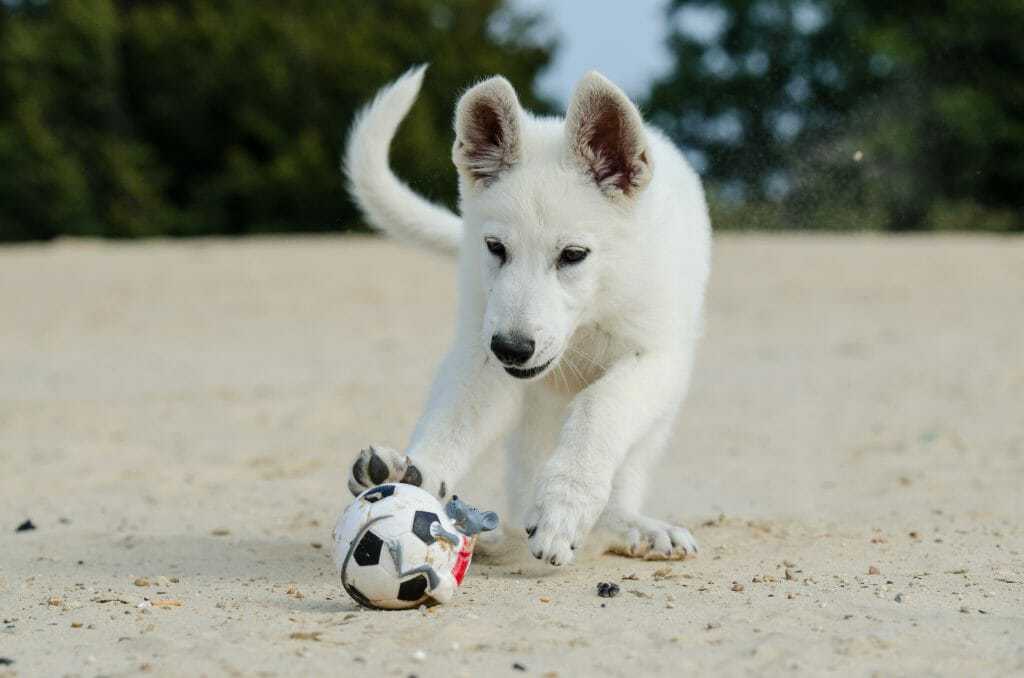 The breed has been around in Japan for thousands of years. Developed in the mountainous regions of Kishu prefecture, their original purpose was to hunt wild boar and deer. Initially, most dogs were non-white (e.g. brindle, red, sesame); over time, however, the white gene has become dominant. As a result, most Eurasiers today have white coats.

They are strong-willed and determined. Incredibly agile, they make excellent hunters. Known for their loyalty, they are best suited for a single family environment. Good family dog that does well with children.

The breed does well in a variety of settings given that they receive adequate exercise.

They are not excessive barkers by any means. As a matter of fact, they tend to be fairly quiet. However, they may bark to alert their owners of changes in the surroundings.

Apartment Friendly: Given their low barking level, many do well in apartment settings.

Cat Friendly: They should not be kept with cats due to their strong prey drive.

Dog Friendly: Some may be dog reactive. With proper socialization, however, many do get along with other canines.

Child Friendly: If properly introduced, they are often tolerant of children.

Nutrition: They should be fed a high-quality diet every day. To prevent bloat, it may help to split their meals into smaller portions. Some dogs may experience food allergies.

Grooming: Regular brushing helps to reduce the amount of fur in the home. Bathe every few weeks or on an as-needed basis. Nails should be trimmed regularly. It is also important not to neglect dental hygiene.

Training/Trainability: While intelligent, they tend to be headstrong and willful. For this reason, they require training from a firm and consistent handler. Positive reinforcement should be used.

Known Health Issues: Overall, they are a healthy breed. However, they are prone to a few health issues such as allergies, epilepsy, hypothyroidism, and entropion (a condition in which the eyelid turns inwards), the last of which can lead to vision loss over time.

Want to learn more about the Kishu? We will be highlighting some facts about the breed below.

1. The Kishu Ken is Rarely Seen Outside of Japan 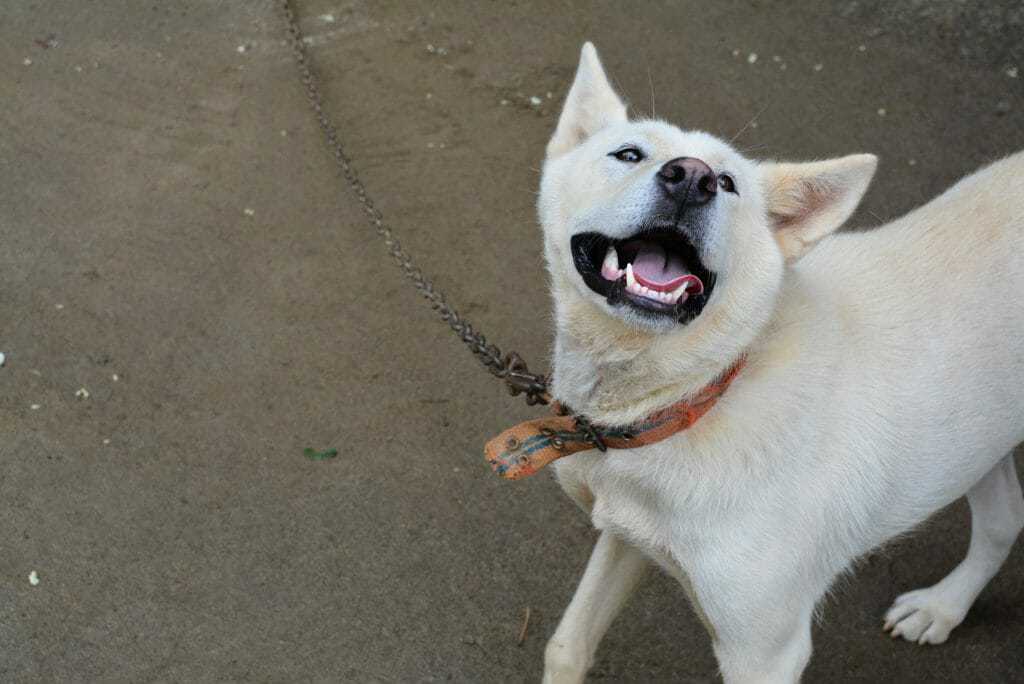 The breed is quite rare; there are only a handful of breeders outside of Japan.

The Kishu is rarely exported as they are recognized as a natural monument in Japan.

As a result, they are typically hard to find in other parts of the world. With that said, it is possible to obtain a puppy outside of Japan; the process will just be more tedious. For one thing, there are only a few individuals that breed these dogs in the United States. Given that, it only makes sense that there aren’t too many of them walking down the streets. Compared to a few decades ago, though, their numbers have been slowly increasing.

2. The Kishu Ken has a Strong Prey Drive

Bred for hunting game, these dogs have incredible prey drives. Driven by their strong instincts, they will often chase anything that moves, such as squirrels or birds—much to the chagrin of their owners. Given how unpredictable they may be in the presence of small animals, they should not be kept with other pets such as rabbits or ferrets. Depending on the dog, some may get along with cats, especially if they were properly introduced at a young age. Generally speaking, however, they should not be kept with felines. If you want a dog that will be able to befriend your cat, you might want to reconsider the Kishu.

3. The Kishu Ken can be Timid Around Strangers 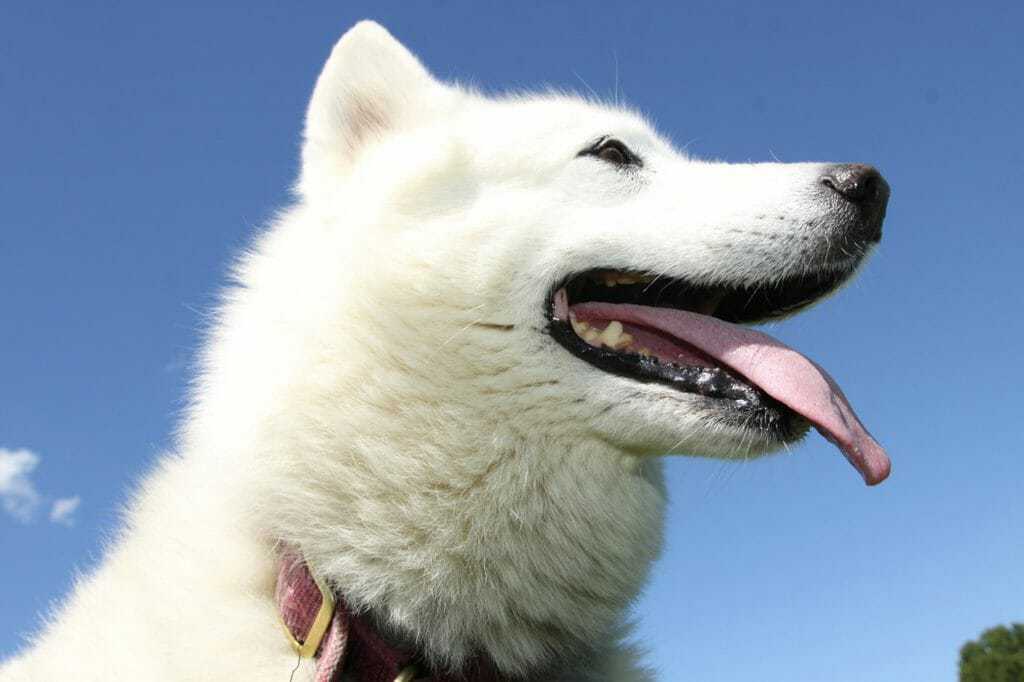 These dogs are typically reserved around strangers; however, they do enjoy their human’s company.

These dogs love their families; however, they can be timid around strangers. Unlike other breeds, such as the golden retriever, they do not crave attention from those that they do not know. More often than not, it will take them a while to warm up to unfamiliar people. Don’t take it personally if your friend’s Kishu is not that interested in you—it’s just one of their inherent traits. If you’re looking for a dog that will be able to make friends with everyone, you may want to consider another breed.

4. The Kishu Ken Should Always be Kept on a Leash

The Kishu has a lot of hunt in them. Given the opportunity, they will chase after wildlife. To prevent them from running off, they should always be kept on a leash outdoors. Even if they have great recall, there’s always a chance that it will be overridden by their strong hunting instincts. As a general rule, these dogs should only be allowed off leash in a fenced-in setting, such as a dog park or secure backyard.

5. The Kishu Ken is Fairly Quiet 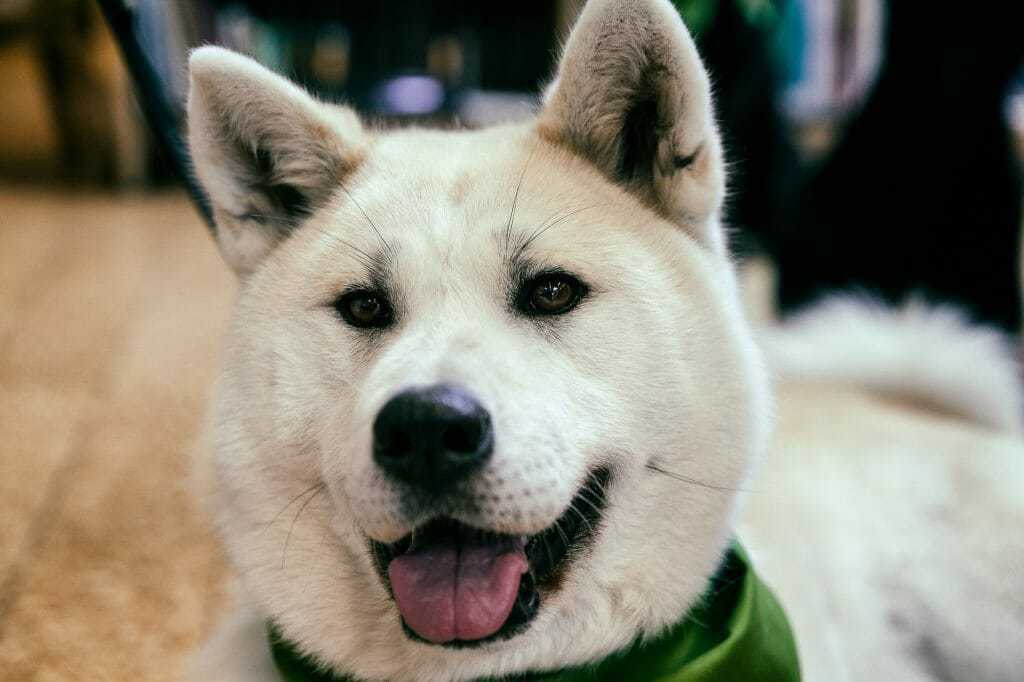 These dogs rarely bark unless they have something to say.

Kishus are typically quiet dogs. Having said that, they still bark—just not as often as some other breeds such as the Pomeranian. In fact, they’re so quiet that you might even forget that there’s a dog in the house sometimes! For the most parts, they only bark when it is warranted. For instance, it’s not uncommon for them to alert their owners when someone is approaching the house. In general, though, their barking tendency is low. Considering this, they tend to do well in apartment settings.

6. The Kishu Ken Requires a Good Amount of Exercise

It’s not surprising to know that they require a good amount of exercise given the fact that they were originally bred to run and hunt. In addition to providing them with daily walks, it helps if you have a secure backyard, where they can run to let off some energy. Some even participate in agility—a canine sport in which they are directed through an obstacle course with the help of their handler. Highly energetic, the Kishu is the perfect companion for an active individual. Love to hike? So do they!

7. The Kishu Ken Can be Stubborn 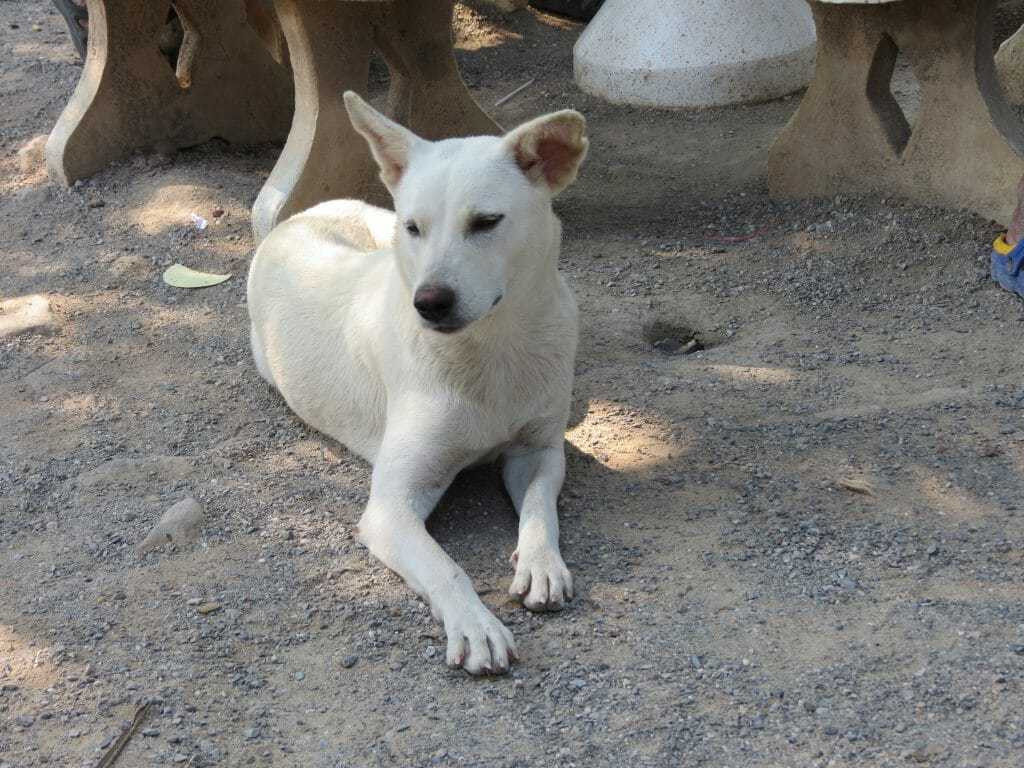 These dogs require consistent training due to their stubborn nature.

Most owners would agree that Kishus are willful and stubborn. Once they’re focused on something, they will continue until they get at it. Unfortunately, this means that they can sometimes be hard to train—it’s not that they don’t understand what you’re asking of them, they just don’t want to do it. Consistency is key. If anything, you should be ready to dedicate a good amount of time towards training, particularly when they’re still puppies.

8. The Kishu Ken Tends to Get Along With Children

The Kishu Ken often gets along with kids given that they are properly socialized at a young age. In many cases, the dogs will view them as part of the pack. As always, however, supervision is recommended, especially if an infant or toddler is involved. Parents should also remind their children not to taunt or tease their pet. Provided that they know their boundaries, they can be great playmates!

9. The Kishu Ken Can be Reactive Towards Other Dogs 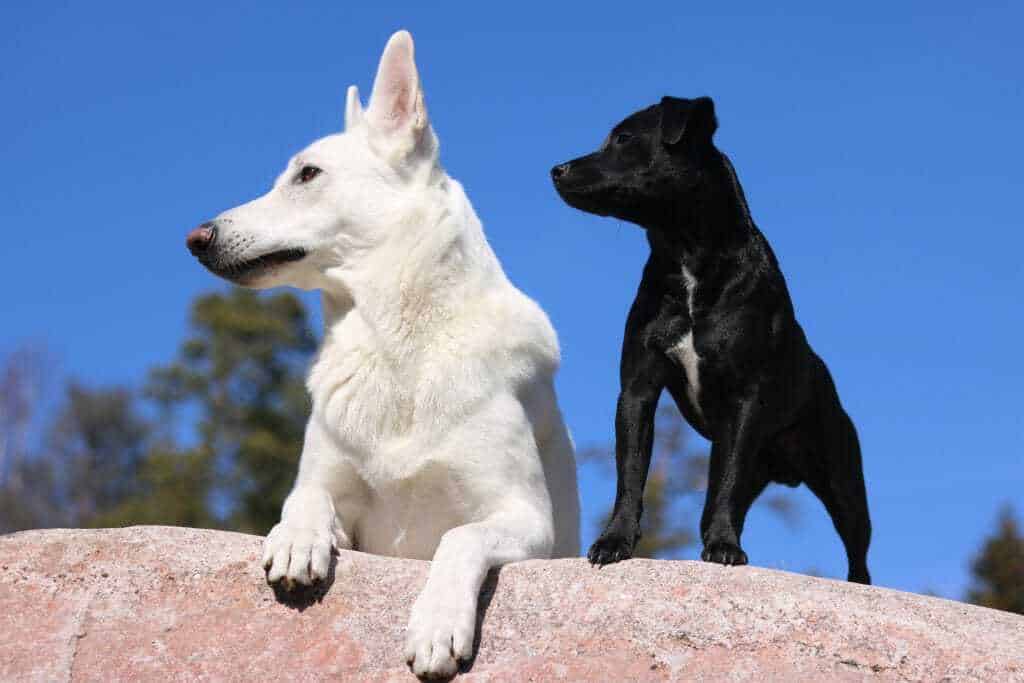 The Kishu Ken is a breed of dog that is often prone to dog reactivity; with that said, a number of them do get along with other canines.

Like Shibas, the medium sized dog Kishu Ken can be reactive towards other canines. For instance, some may bark and tug on the leash when they come across another dog. Depending on how severe their reaction is, you may find yourself having to hire a trainer. Still, it depends on their personality; your Kishu might just be perfectly fine with befriending everyone.

10. The Kishu Ken Can be Expensive

These dogs can be quite expensive; this makes sense, though, when you consider the fact that there are only a few breeders outside of Japan. While it depends on various factors, a puppy, in general, can easily set you back a few thousand dollars. Planning on importing a pup from Japan or another country? If so, the figure will probably be even higher—for one thing, you’ll have to pay for their airplane ticket as well. Add that to what you will be spending on vet fees (vaccinations, physical exams, etc.) during the first year and the total amount can be overwhelming.

11. The Kishu Ken Can be Prone to Allergies 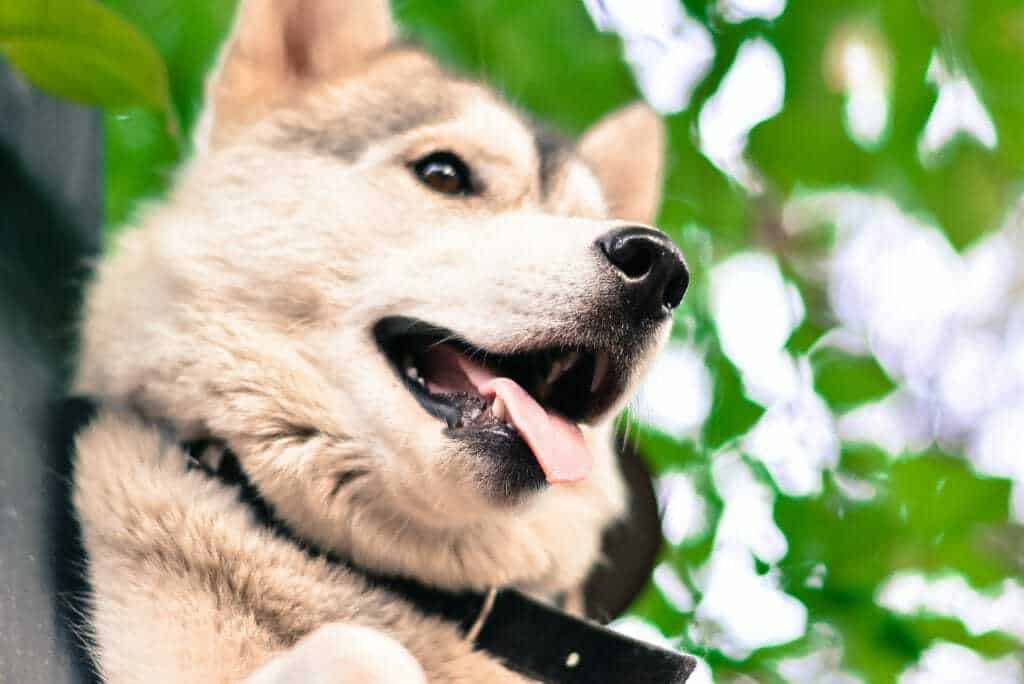 The Kishu is susceptible to allergies, which may be due to various causes.

Allergies seem to be common among the breed. For instance, some dogs may have sensitive skin that causes itching and discomfort. Unfortunately, however, it can be difficult to identify the cause, which can range from chicken to dust mites. In some cases, a visit to the vet will be inevitable. Fortunately, there are many treatments out there that are effective at alleviating symptoms—it’s just a matter of finding the right one for your pup.