They’ve been around for a long time (think 1700s long) and through the years the Treeing Walker Coonhound has learned to enjoy human companionship as much as a good run outside.

Read on to decide if this breed is the right choice to be your pet.

When it comes to the Treeing Walker Coonhound (TWC), a lot. “Treeing” refers to a dog that pursues his prey so intently that they try to escape up a tree to get away from him. “Walker” is a nod to Thomas Walker who lived in Virginia in the United States in the 1700s and was instrumental in initially developing the breed with crosses of English Foxhounds. Finally, “Coonhound” is in reference to a dog that hunts raccoons. In the 19th century, a black and tan Coonhound known as the “Tennessee Lead”, which was supposedly stolen and of unknown origin, was crossed with the Walker Hound. So there we have it – the Treeing Walker Coonhound. The dog breed was also previously known as the English Coonhound. 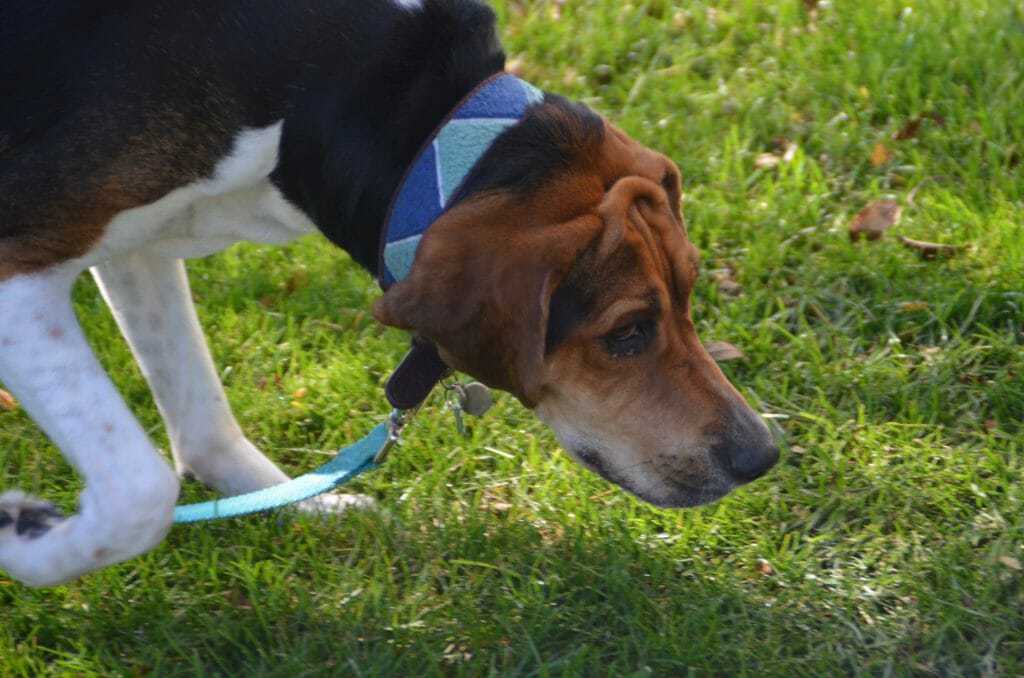 The Treeing Walker Coonhound will track just about any scent that catches their attention, from treats to animals. They are very intent and will not give up on tracking the scent until they find the source.

The personalities on the Treeing Walker Coonhound can differ, but they all love people.

Different dog breeders have learned to breed for different traits. That means you won’t always get the same type of Treeing Walker Coonhound depending on the family line of the dog. Some dogs are more laidback or aloof in demeanor and aren’t interested in much socialization. Other dogs might be your best friend, enjoying laying on top of you when taking a nap.

However, no matter which dog personality you get, all members of this dog breed were bred to attach to their hunters, so you’ll be getting a dog that wants to be around humans. But if you do end up with a real people-lover, there’s one thing to remember about your new BFF…

The Treeing Walker Coonhound is a large dog.

They are big hound dogs. According to the American Kennel Club, they average 50-70 pounds and range in height from 20-25 inches (female) and 22-27 inches (male). They are lean and muscular and very strong given their genetics and their propensity to run and hunt. They’re too big to be lap dogs, but they might not really understand that at first.

The typical lifespan of a Treeing Walker Coonhound is 12-14 years. 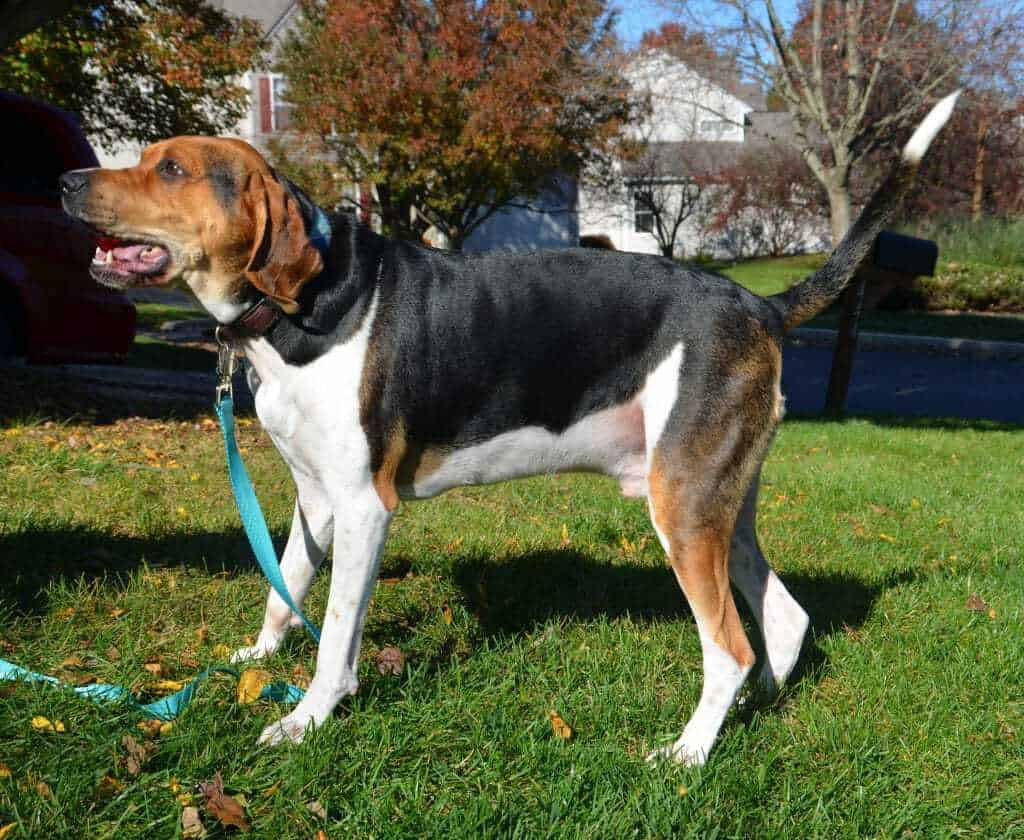 This Treeing Walker Coonhound is four years old and weighs 80 pounds. He is large for the breed and is about ten pounds over his ideal weight, according to the American Kennel Club.

Exercise is key to the happiness of the Treeing Walker Coonhound.

This is a dog that was specifically bred to track, hunt, and run after prey. While they can be content to lay on a couch, they also need a good bit of exercise. A fenced in yard that would allow the dog to run free a couple of times a day would be the ideal environment. If you don’t have that, be prepared to take your dog on a long walk several times a day.

This dog breed is generally good with children, especially slightly older children who have the energy to play with the dog and run around with it. You’ll need to be careful with the dog around toddlers as the dog may unintentionally knock a smaller child down just during play. 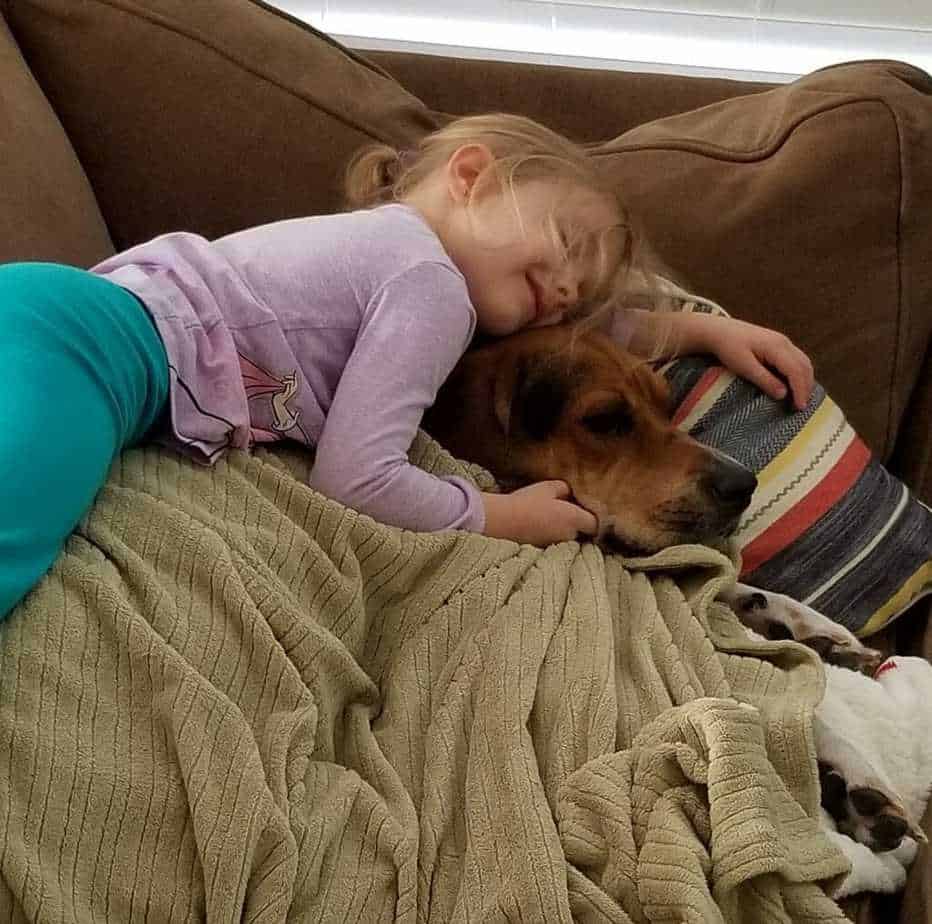 This Treeing Walker Coonhound has three human siblings and tolerates all kinds of love from all three of them. His human mom reports that the only thing he doesn’t like is anyone messing with his food. Otherwise, his human siblings play with him and lay on him all day and he doesn’t mind at all.

The Treeing Walker Coonhound does not like cats or smaller animals.

As we said, this is a breed that was developed to hunt small prey. Therefore he may see any small animal in your home as just that: prey. It’s best to keep these dogs in a home that does not have smaller animals, although another dog similar in size can be a good companion.

Barking and exercise and apartment living just don’t mix with this dog.

If you ask a Treeing Walker Coonhound fan about one defining characteristic of this breed, many will mention their bark. It’s a deep and resounding sound that tends to echo far and wide. If you don’t have space between you and your neighbors, this breed may not be a good fit for your living environment. Mix their loud barks with their need for exercise and you’ll see why this breed isn’t a great fit for apartment living.

Treeing Walker Coonhounds are low maintenance when it comes to dog care.

They have the beautiful coloring of most hounds – a blend of white, black, and red-tinted brown. Their short coat requires no professional grooming. You’ll want to bathe them occasionally, but between baths, a weekly rubdown with a damp cloth is all it will take to keep their coats shiny and soft.

They don’t have a lot of health issues inherent to the breed, but two that will occasionally pop up are hip dysplasia and eye problems. If you’re considering buying a puppy from a breeder, you can always ask your breeder for paperwork that demonstrates that the puppy’s parents don’t have those genetic issues.

Training can be a challenge when the dog is both stubborn and smart.

The Treeing Walker Coonhound is known to be really smart. They’re also stubborn, which is a huge benefit when they’re hunting. Once they get hold of a scent, they won’t let go until they find their prey. However, those same stubborn instincts can make it hard to train a dog who just wants to hold on to old habits. You’ll have to be diligent about training, starting when the dog is a puppy. Treats help, but use them in moderation to prevent obesity. 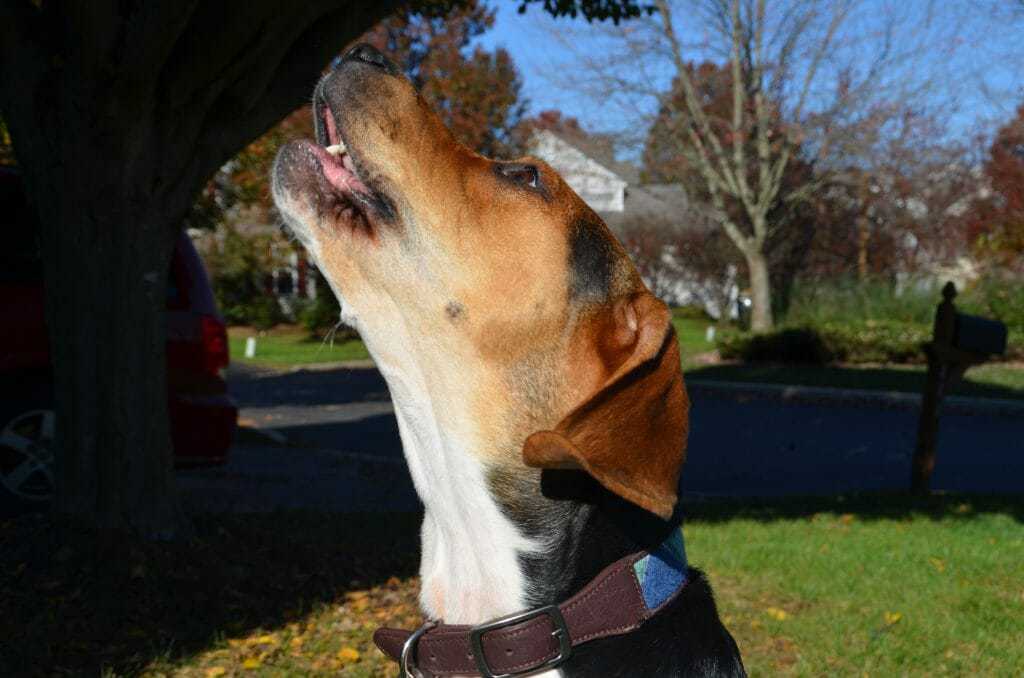 Barque was treat-trained as a young dog and still loves his favorite dog treats. He only gets them for good behavior. Here he looks expectantly at the treat in the air and waits patiently to get it given to him as a reward for sitting. The Treeing Walker Coonhound has been recognized by the United Kennel Club since the 1900s.

Nutrition for high energy dog breeds like the Treeing Walker Coonhounds is key.

Because of their active lifestyle, they need more calories than many other dog breeds. However, they need high-quality food so that they’re not having to process fillers rather than the good stuff. If you’re the kind that likes to make your own pet food, please check with your vet before you do to make sure that what you’re making has all the right ingredients for this breed.

Treeing Walker Coonhounds are “the people’s choice” for American dogs.

Many things contribute to this title. To start, they’re fantastic at their “job,” which is hunting small prey. Hunters love to be accompanied by this smart, relentless tracker. They’re also a top choice because they’re not all work and no play. They love a great romp in the yard or a long hike on a trail. They’ll probably want to keep going long after you want to stop!

But the most likely reason they’re the “people’s choice” breed is because they love you. They just want to hang out with their people and can’t get enough of your companionship. 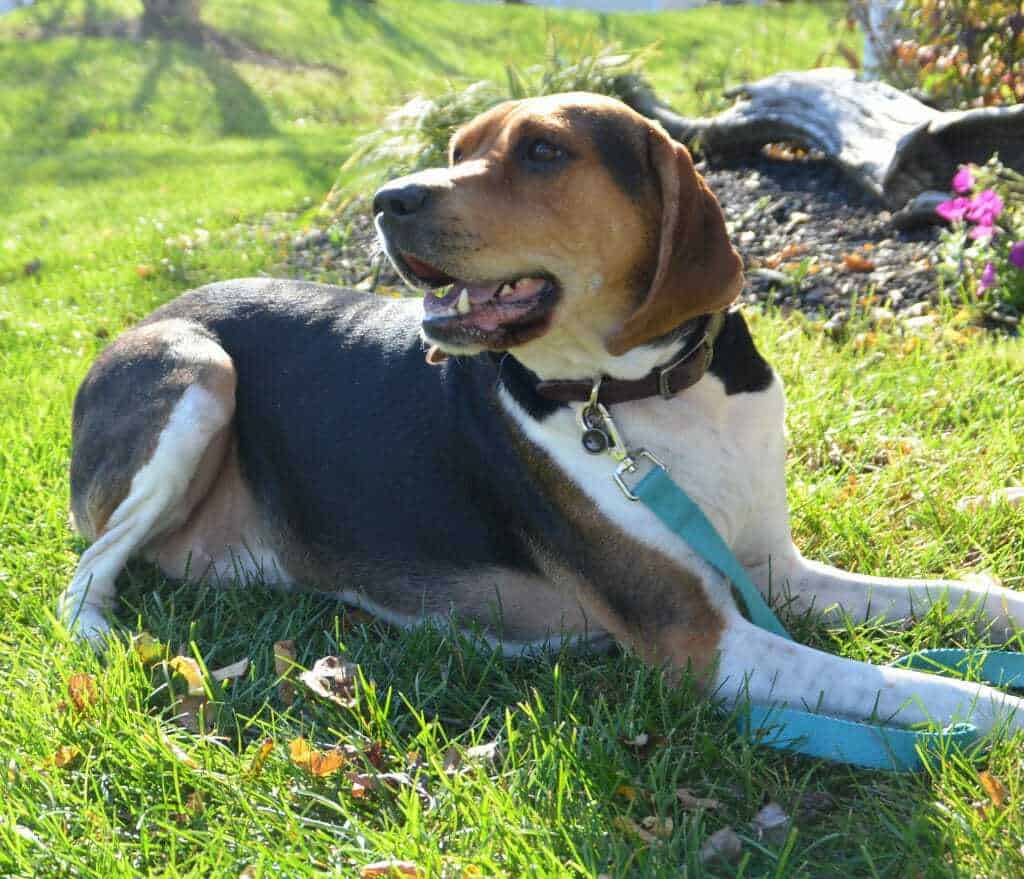 Barque, a Treeing Walker Coonhound, is a large dog, but his owner reports that he gets walked several times a day and spends time at the dog park at least once a week. He loves lounging in the sun with his humans after one of his walks.