The Spanish Water Dog is a jack of all trades. If you have a job that needs to be done, this is your pooch. But does the SWD make a good family companion? Keep reading to find out and to learn a little more about this rare breed. 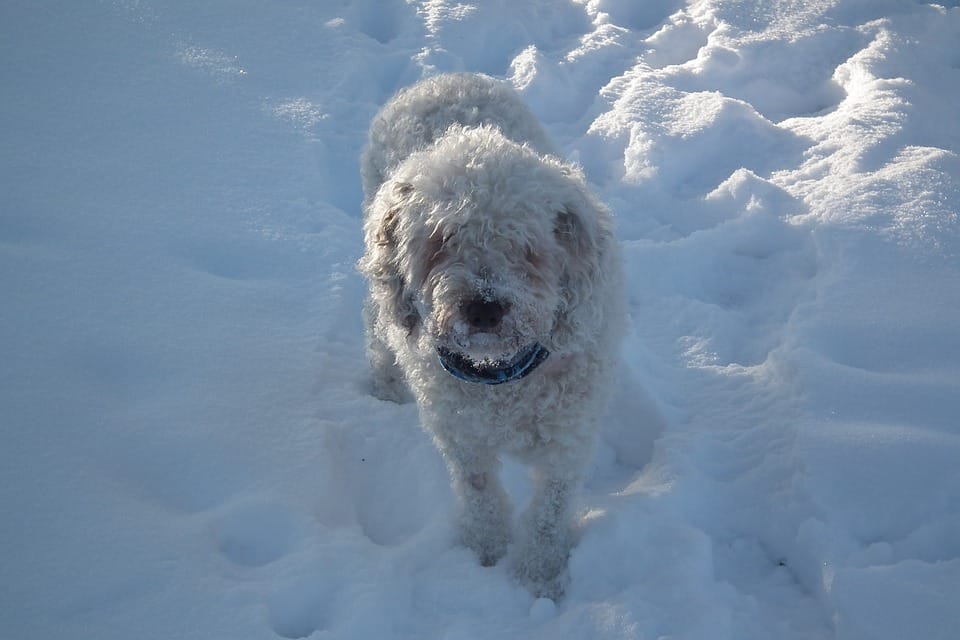 SWPs are go-go-go dogs in any weather. So if you plan on taking a snow day anytime it gets a little cold outside, you are better off with a less active pup.

The History of the Spanish Water Dog

Today’s SWD comes from a variety of curly-coated dogs traditionally used in the country.

In northern Spain, smaller curly-coated canines were often used to help fishermen. They would fetch nets and pull ropes, collect fish that fell overboard, and guard the vessels while at port.

Corded dogs used to assist hunters in the marshes of western Spain are also thought to have contributed to the modern breed. Finally, large, curly-coated dogs used for herding in the south added to the breed to make it an all-around working animal.

SWDs were traditionally used for all the jobs above as well as for guarding livestock and the home. Today’s water dogs are prized for their intelligence, playfulness, and strong work ethic, no matter the task.

The Temperament of the Spanish Water Dog

A natural instinct for guarding the home makes the SWD highly loyal to those they know but wary of strangers. But a well-bred Spanish Water Dog will never be shy or timid. They are ever watchful and faithful to a tee.

These pups are prized for their high intelligence and are easy to train. Their love for work means they are not well suited for life lying around the house. If you don’t give them a job to do, they will find one, and it is likely to involve barking at your neighbors and anyone else who passes by the house.

These dogs are excellent candidates for agility, herding trials, dock diving, and retrieving competitions. Their natural instinct for so many tasks and love of water makes them the perfect dog for anyone looking to spend a lot of time outdoors with their pup. 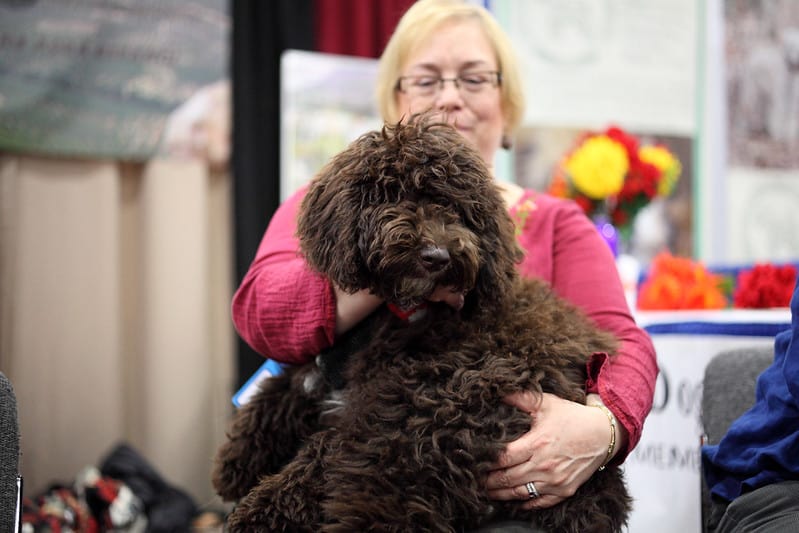 SPWs are born with curly coats that will get progressively curlier as they grow up. (“Spanish Water Dog” by CCHO / CC BY-NC-ND 2.0)

There are a number of hereditary issues common in this breed, including:

To reduce the risk of getting an SWD puppy with any of these issues, it is important to do your research before choosing a breeder. Ethical breeders will do a number of tests on their breeding dogs to assure the healthiest puppies. A DNA test for PRA and screening for hip, eye, and thyroid disorders are recommended.

SWDs are not hugely popular in the USA, but there are some rescue groups that specialize in placing displaced water dogs, including the SWD Club of America.

Do Spanish Water Dogs Do Well With Children and Other Pets?

Early socialization is key to raising a well-rounded, confident SWD. One thing you should be particularly proactive about is introducing your water dog pup to children and babies very early on.

When SWDs are raised with kids and have positive interactions with them, they are more likely to accept them as part of the family unit later on. If this socialization is done, then they are likely to make great, energetic playmates for children of all ages. But do be aware that the breed’s herding behavior may come out if children are running around. Basic obedience training can help mitigate the problems this causes. 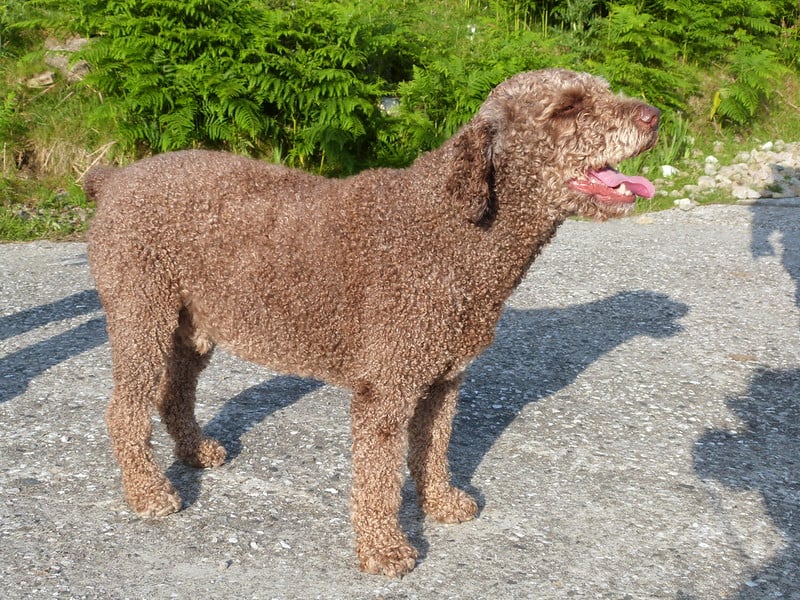 Keeping the SWDs coat short helps keep burrs and other debris out of it during work in the fields. (“Dali, Spanish Water Dog” by Màrtainn MacDhòmhnaill / CC BY-NC 2.0)

Most Spanish Water Dogs are sociable with other dogs assuming they received proper socialization early on. Taking your pup to obedience classes, doggy daycare, and dog parks during puppyhood and adolescents will help them learn to see other canines as friends instead of dangers to their family and space.

What to Consider Before Bringing Home a Spanish Water Dog

Think your home might be a good fit for an SWD? Here are a few more things to consider before bringing one home.

SWDs will slow down with age but are overall are fairly active dogs. They are used to having a lot of jobs to do around the farm and need something to occupy them mentally and physically if you want to avoid unwanted behaviors.

These dogs are great candidates for dog sports, to be hunting companions, and as jogging and hiking partners. They love to play fetch and swim. As long as you make the effort, tiring out a Spanish Water Dog is easy, but it must be done daily, especially while they are young.

Learn more about these curly pups–and see some adorable puppy faces–in this video.

Over the centuries, SWDs have learned to take on a lot of jobs from herding to fetching downed fowl. The intelligence that made that possible is still very much intact in today’s breed. This means that training an SWD is relatively easy, so long as it is done early and with consistency.

If you don’t put in the time to set basic house rules and train basic obedience, your SWD will make their own rules. Luckily, their need to please and high emotional aptitude usually makes correcting any unfortunate behaviors relatively easy.

The Spanish Water Dog’s coat is meant to look as natural as possible. That means very little is needed from you. Their curly coat should not be combed or trimmed, but instead, clipped short one to three times per year.

This simple grooming schedule combined with the fact that the breed doesn’t shed makes them pretty easy keepers.

The SWD will do well on any quality commercial or homemade dog food. As long as they are kept active and fed appropriately, obesity should not be an issue. However, this breed is prone to allergies, so a special diet may be required if your dog develops itching, hot spots, or gastrointestinal problems. 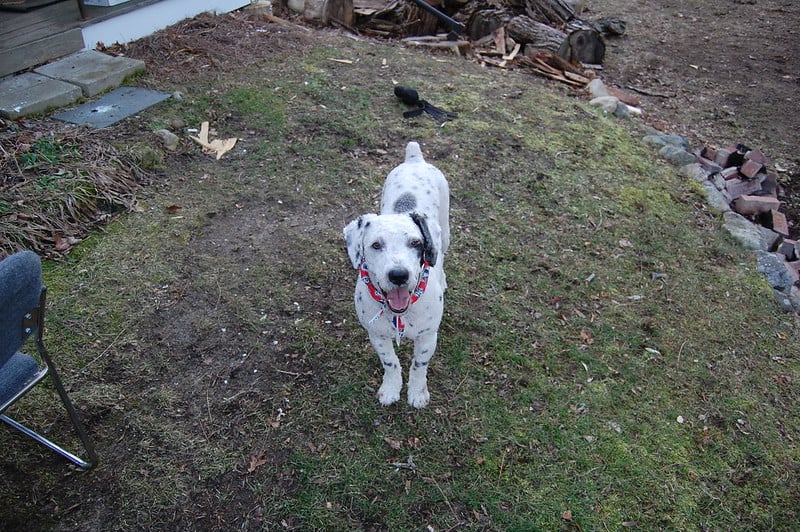 SWDs come in a variety of colors and patterns and can have docked tails or natural. (“Banjo” by Drake / CC BY-NC 2.0)

Because SWDs are rare in the US, getting a purebred puppy will cost you. The average pup goes for $2,000 dollars.

In terms of the cost of keeping an SWD, they tend to be fairly inexpensive compared to some dog breeds. They need minimal grooming and shouldn’t cost more than average to feed or for health checkups, assuming you did your homework on the breeder.

Now that you know what it takes to own an SWD, here are a few fun facts about this breed.

Not sure if the Spanish Water Dog is right for you? Here are a few more breeds to consider. 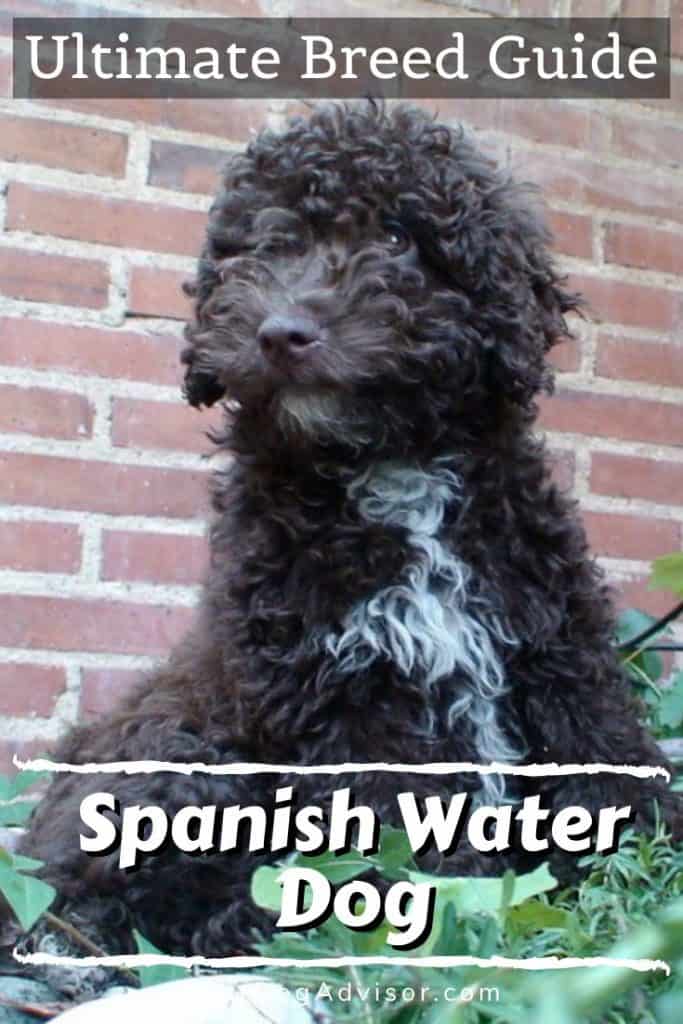 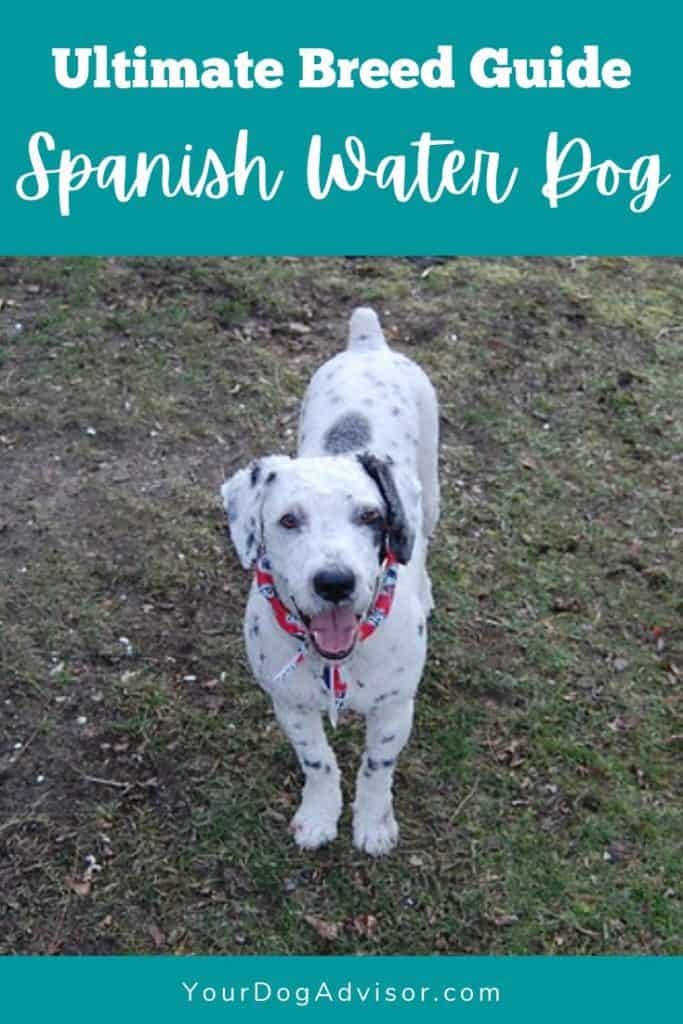