Fox Terriers (also called foxies or foxys) originated in England in the 19th century. These cheeky little chaps are lively and enjoy a good play, and tend to suffer very little from health problems. If you want a pet that’s spunky, mischievous, protective, and energetic, a foxie may be the perfect match for you! 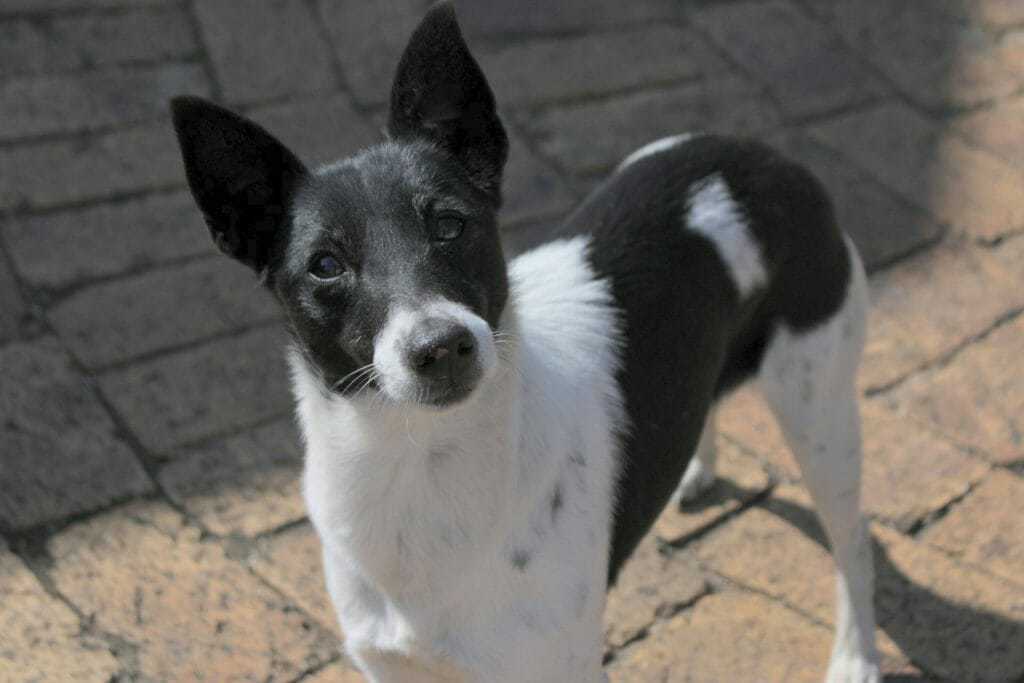 Fox terriers may be small, but they’re true hunters at heart.

1. They Were Bred As Hunting Dogs

These little livewires were bred to take part in Britain’s fox hunts back in the day when it was still legal. They were created small, speedy, and sturdy, and their main purpose was to follow foxes underground into their dens and flush them out again. Terriers that were mostly white were preferred, to avoid anybody accidentally taking out their pup instead of a fox.

Their disposition makes them perfect for this job, as they have a very strong hunting, chasing, and digging instinct.Their energy levels are high, and the excitement of a good chase or play keeps them lively as long as there’s a challenge involved! 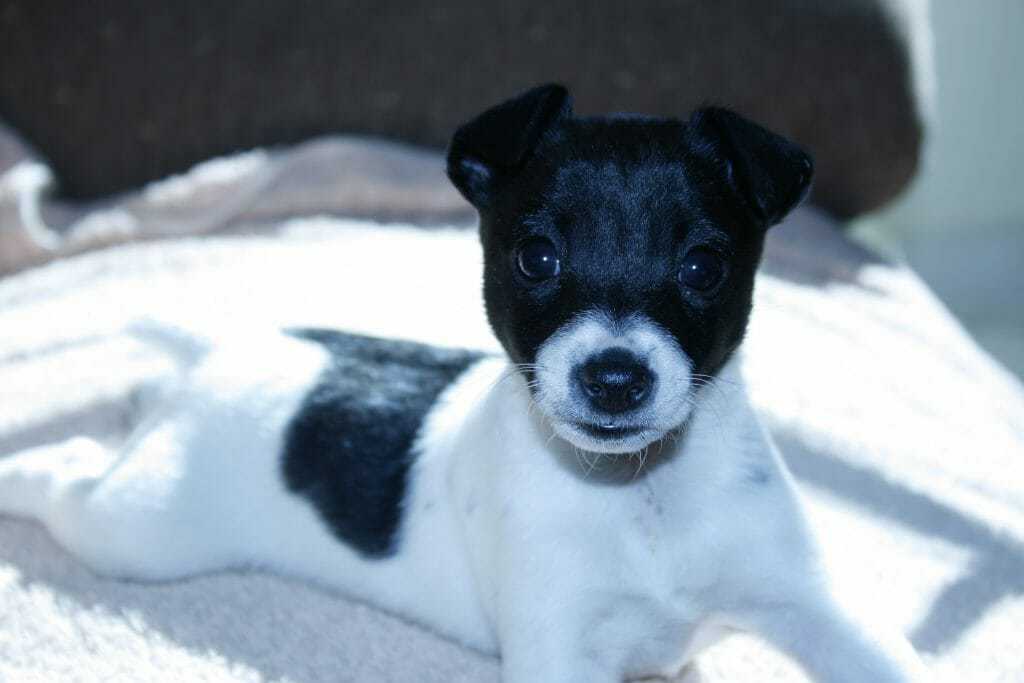 Smooth foxie puppies take a while to grow into the long-nosed pups we know.

2. They Sometimes Bite Off More Than They Can Chew

Foxies are spirited little things and sometimes forget their size in relation to other animals. Their hunter instinct makes them fighters, and they will often take on dogs twice their size with little thought for their own safety! They have a real cheeky streak and, mixed with their bounciness, this can get them into trouble if you don’t keep a close eye on them. Fox terriers won’t hesitate to get in a scrap with another pet just because they have too much energy and are feeling mischievous.

Foxie owners need to make sure their pups are socialized with other pets before leaving them to their own devices. They may be small in size but they are big in heart, courage, and self-confidence! You will need to keep an eye on them around other animals and they may need to be rescued once or twice.

3. There Are Two “Hair” Variations of Fox Terrier

Fox terriers come in Smooth and Wire varieties. They were formally declared to be two separate breeds by the American Kennel Club in 1985, although for the purpose of this article we’re keeping them together in the “Fox Terrier” group!

Smooth fox terriers (otherwise known as the “gentlemen of the terrier world”) have short hair and a V-shaped head. They are usually predominantly white in color, with black or tan markings (or both). They don’t require much grooming (a bath here and there is all that’s needed, and a weekly brush if your pup is okay with it), but be prepared to find little white hairs on clothes and furniture. Smooths were the first breed in the fox terrier group to be officially recognized by England’s Kennel Club in 1875. Not to be confused with the Jack Russell terrier!

Wires look somewhat different to smooths. They have much squarer (and hairier) faces, and a rough, wiry coat. They don’t shed much but need regular brushing to keep those curls under control. If, however, you’re planning on entering your Wire in shows, you will need to learn how to hand-strip his coat, or get him regularly groomed by a pro. Other than their coat, though, they have the same temperament and attitude as Smooths!

4. Their Prey Drive Is Strong!

Having been bred as a hunting dog, their instincts remain true and strong to this day. Although fox hunts no longer happen, these pups have razor-sharp reflexes when it comes to the chase and no rat, mouse, bird, or rabbit is safe once a fox terrier has it in its sights!

Of course, this can also be a little bit of a problem when your foxy forgets they are in the big city and not in the English countryside. Keeping your pup on a leash when out and about is essential. Not only will it prevent accidents such as your dog fox-hunting someone else’s cat, it will also help your pooch not to run into traffic while focused on the pursuit of whatever prey catches their eye.

These pups have mounds of energy packed into that tiny body. Once upon a time this would have been burnt off chasing foxes, but these days it’s essential to make sure your foxy gets plenty of outdoor exercise. Things like going for a run, chasing a ball, or play-fighting in the back yard will expend some of that fiery energy and keep your pup satisfied.

Making sure your terrier gets enough exercise not only keeps them at a healthy weight, it also keeps them out of mischief. If these little guys get bored, that extra energy can be used in the most destructive of ways – anything from destroying furniture to excessive barking to finding new fun ways to escape from the yard. Although they are not necessarily water-loving dogs, they will dive into a pool without a second thought if they’re chasing something, and will appreciate a dip in summer. If you have a Wire, be sure to dry his thick coat off well afterwards! 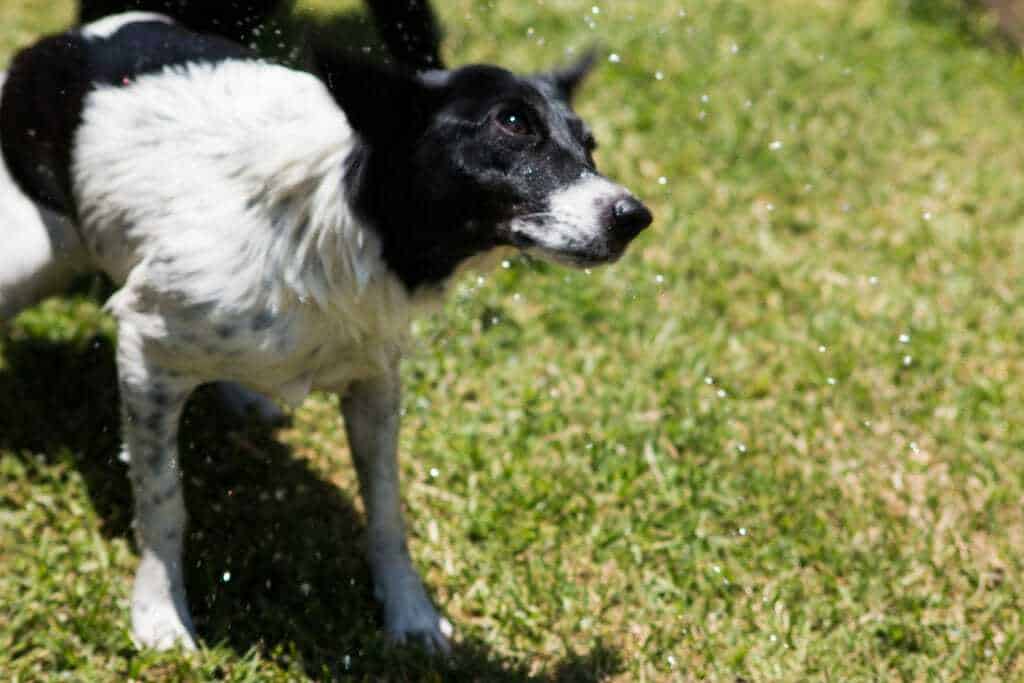 Foxies enjoy anything that burns of some of their boundless energy.

Foxys are incredibly alert. Their hunting background means they notice the slightest movement, noise, or change in their surroundings, and should something be out of place or wrong, they won’t hesitate to get vocal about it. They also have no problem giving someone a nip on the ankle if they don’t like a person who has ventured into their territory!

Foxys are protective of their people and will not only warn you if something isn’t as it should be, but will fight to protect their family. Don’t expect them to deter intruders if you’re not home, though. Not only are they not the most intimidating of dogs, but their loyalty is definitely to their people – if you’re not there, they won’t guard the house as vigilantly.

While this is very helpful when it comes to noticing if something is amiss on your property, if a foxy is bored or over-excited it can lead to excessive barking. Be sure to keep your pup well-exercised so they have no reason to bark at nothing! 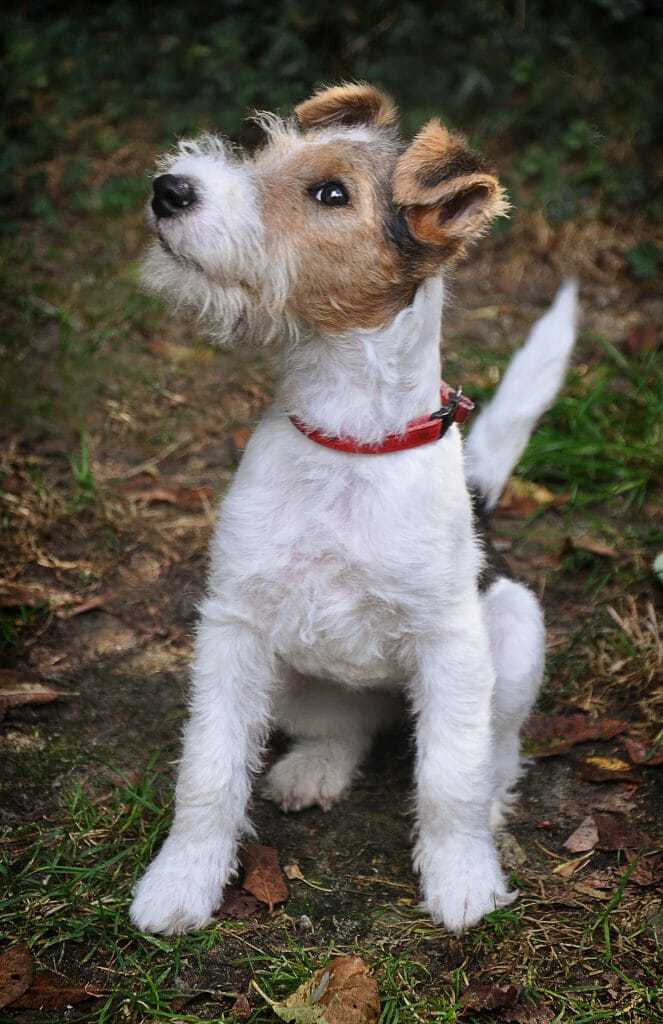 7. They Are Not The Most Cuddly, But Love Family

These little dogs are not really ones for cuddling on the couch. They’re active, lively, and even on quiet evenings at home will most likely be patrolling (both to keep a lookout and burn off a little energy). Of course, this does depend on the dog – you may find yourself with a very affectionate foxy who loves a good cuddle!

As they get older, they may be more content to relax on the couch with the humans, but they are still less likely to enjoy being mollycoddled and made a fuss over. This also means that they are not the best at dealing with children – they can be a little too rough-and-tumble and accidentally use their teeth, or they can snap at a child who handles them too roughly. This can be dealt with by training your puppy very early to be used to kids.

That being said, they bond very easily with their family and enjoy being around them. Good bonding activities with your foxie include playtime, playing, playing another game, and having a play. Your foxie will adore some playful bonding time with you, and in her book this makes you the best doggy parent ever.

8. Foxies Are Fairly Easy To Train

Fox terriers are highly intelligent, which means they are quite easily trainable. The downside of their smarts, though, is that they get bored easily, and of course if something that can be hunted or chased crosses their path, you’ve lost them.

One of the important things about training one of these little spitfires is having a trainer who is firm, confident, and won’t let the pup get away with nonsense. If your pup walks all over you (don’t worry, you’re not the only dog parent who isn’t the boss of the house!) then you may have to take your pup to a trainer who will be stern and keep your pup focused, instead of training them yourself.

Consistency is key with these lively little ones, and once they understand what’s going on (and, more importantly, that they’ll be rewarded for doing the thing!) they will be quite trainable. If you do want to train your dog yourself instead of sending them to a trainer, there are plenty of resources available to help you do just that! Toys, play, and food are all great motivators to get these guys to learn quickly. 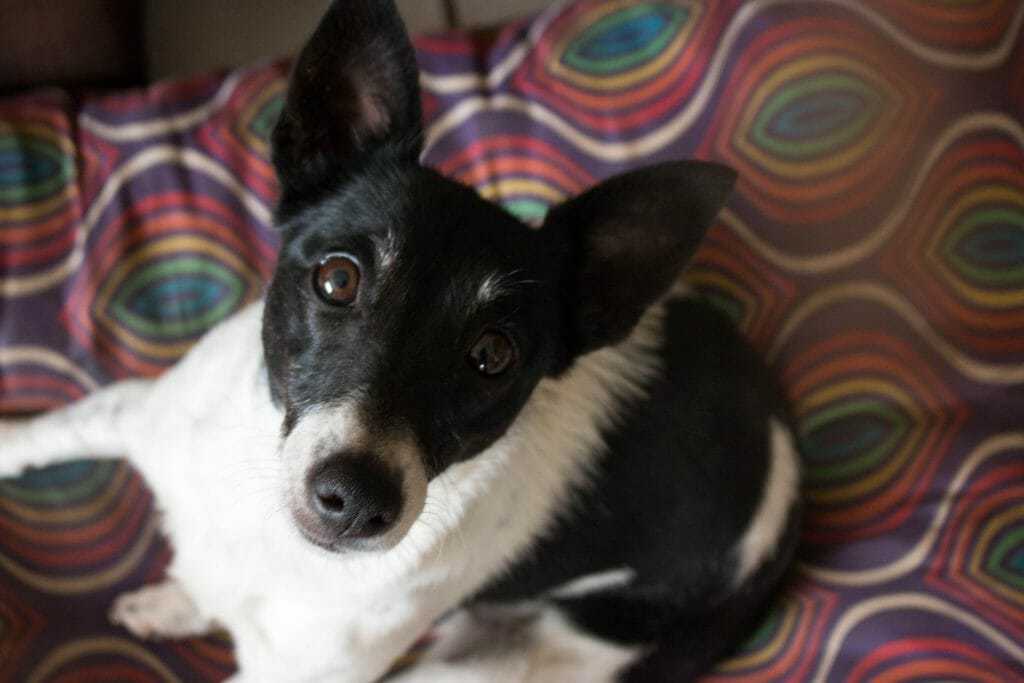 9. They Are Generally Very Healthy Dogs

Fox terriers are known to be a hardy, healthy breed. They deal well with both cold and heat, and as long as they get their exercise they are generally good eaters. There are some health conditions that they are more susceptible to that you should take note of, though.

It’s also important that if you are going to get a dog from a breeder, to make sure the breeder you choose is a reputable one. This minimizes  that risk of puppies being bred with health complications. You can find some more info about finding a good breeder and what questions to ask of your breeder here. 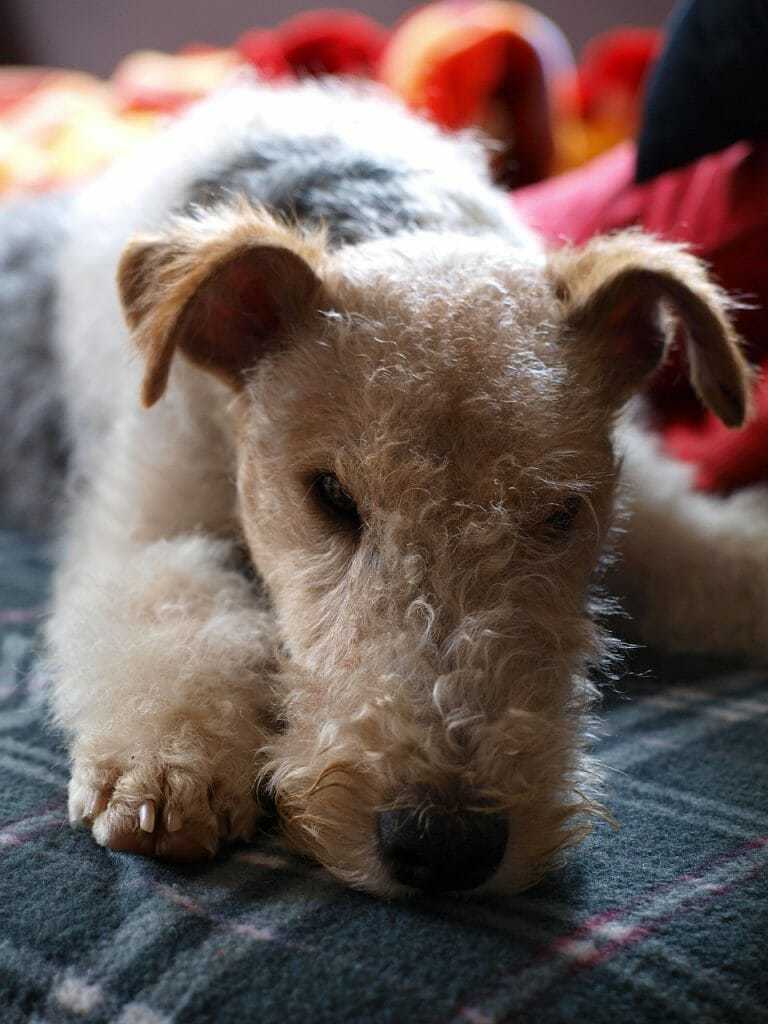 Fox Terriers are a rare breed, but if you choose to go for one of these littlies you won’t have a dull moment with them! If you want a dog that is filled with energy, always ready for a game, comically bouncy, alert, and keeps you on your toes, a fox terrier may be the one for you!

Just be sure to balance their playfulness with patience, keep them busy and entertained, and allow them the space to be their rambunctious little selves, and you’ll find no more loyal furry friend. 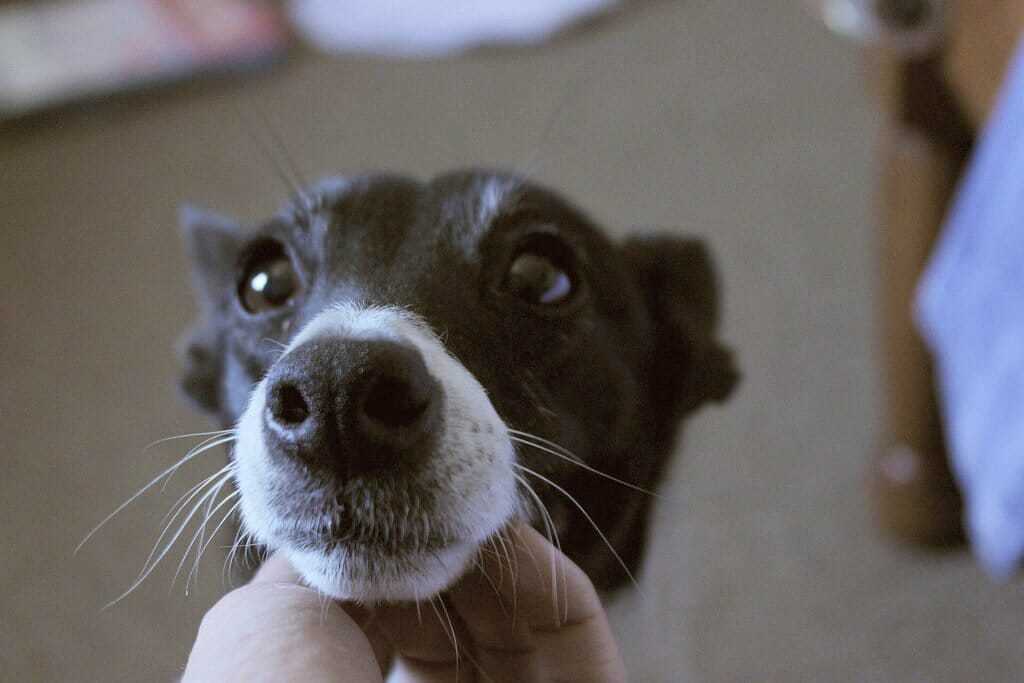 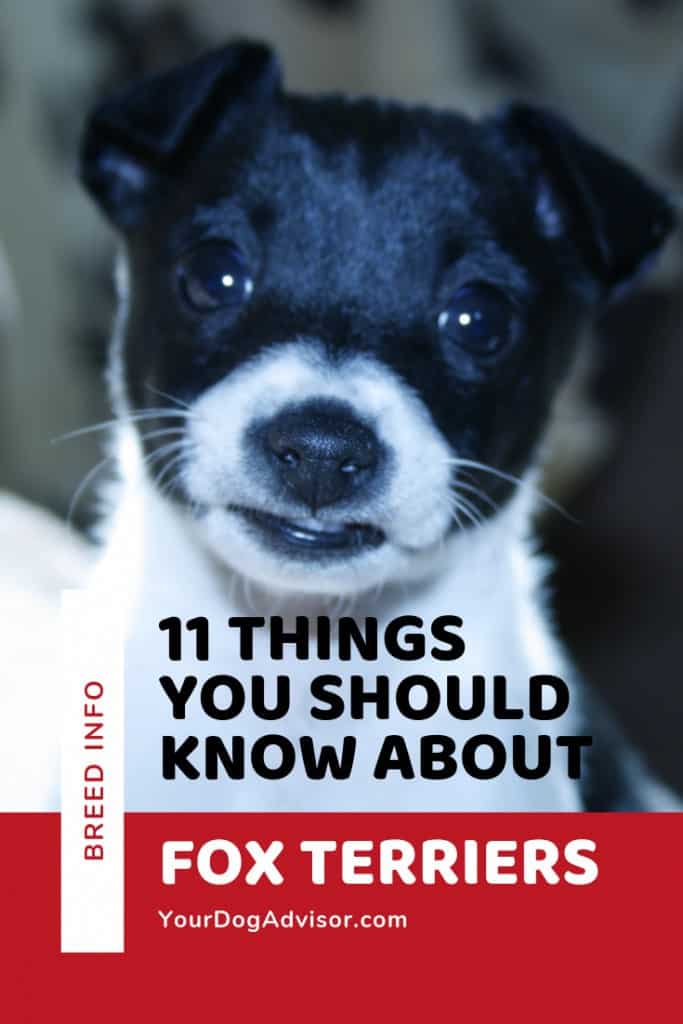