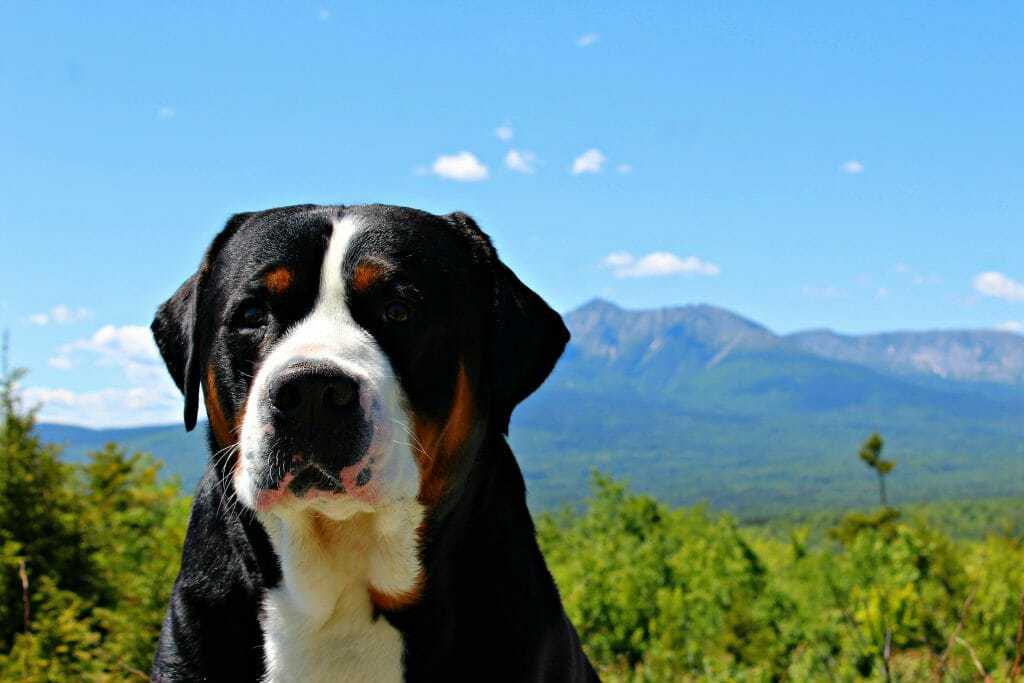 Typically covered with striking black, white, and copper red tri-color markings, this breed is very similar to the coloring of the Swiss Mountain dog or Bernese breed.

If you’re thinking of getting yourself a Greater Swiss Mountain Dog or are already lucky enough to have one in your home, here are a few interesting facts to know about this particular breed. 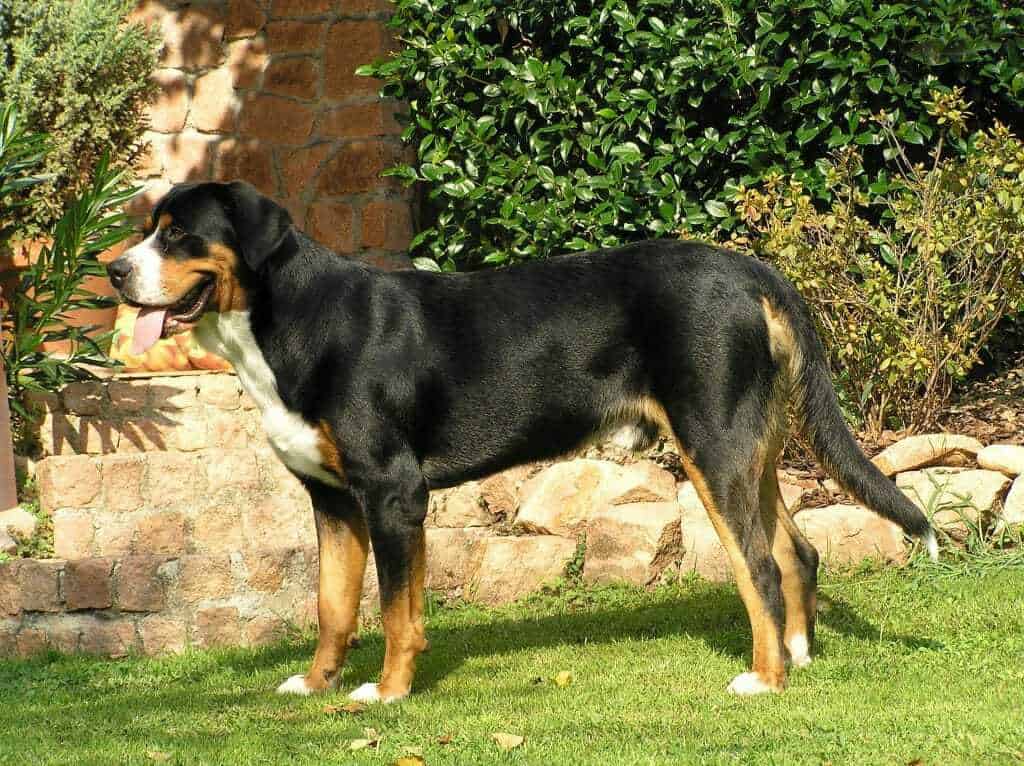 Greater Swiss Mountain Dogs are large in stature and can grow to well over 100 pounds.

1. They Were Bred to Be Big and Strong

The Greater Swiss Mountain Dog was bred to be a working dog tasked with plenty of pulling and carrying heavy-weighted objects. As such, it was meant to be a big and strong animal. Males can grow to be as heavy as 115 to 140 pounds, while females can reach a weight of 85 to 110 pounds.

People living in the Swiss Alps centuries ago required a breed that could help with a number of chores, including in farming fields. In fact, it was once known as the “Poor Man’s Horse” because of how much work it did similar to what horses were depended on to do.

While some dog breeds are known to keep their distance when it comes to bonding, others are much more affectionate, including the Greater Swiss Mountain Dog breed. Not only is this breed likely to bind closely to their master, but they also tend to develop an affectionate tie to everyone else in the household, as well as other household pets.

Despite their friendly demeanor and affectionate personalities, Greater Swiss Mountain Dogs can also be an intimidating force for strangers who are attempting to gain entry into their home. They’re very alert and are great at keeping tabs on their surroundings.

As such, they’re quick to note the presence of any potential threats and will act accordingly to keep their homes safe from danger. That said, they’re not overly protective, so they won’t necessarily chase after every stranger they come across that’s not perceived as a threat.

4. They Need Lots of Room to Roam

Greater Swiss Mountain Dogs don’t do too well in smaller spaces, such as apartments and the like. Instead, they require homes that allow them the freedom to escape to the great outdoors to roam free and unleash all their energy. In order to ensure that they thrive, these dogs must be given lots of room to run because of their size and energy levels. 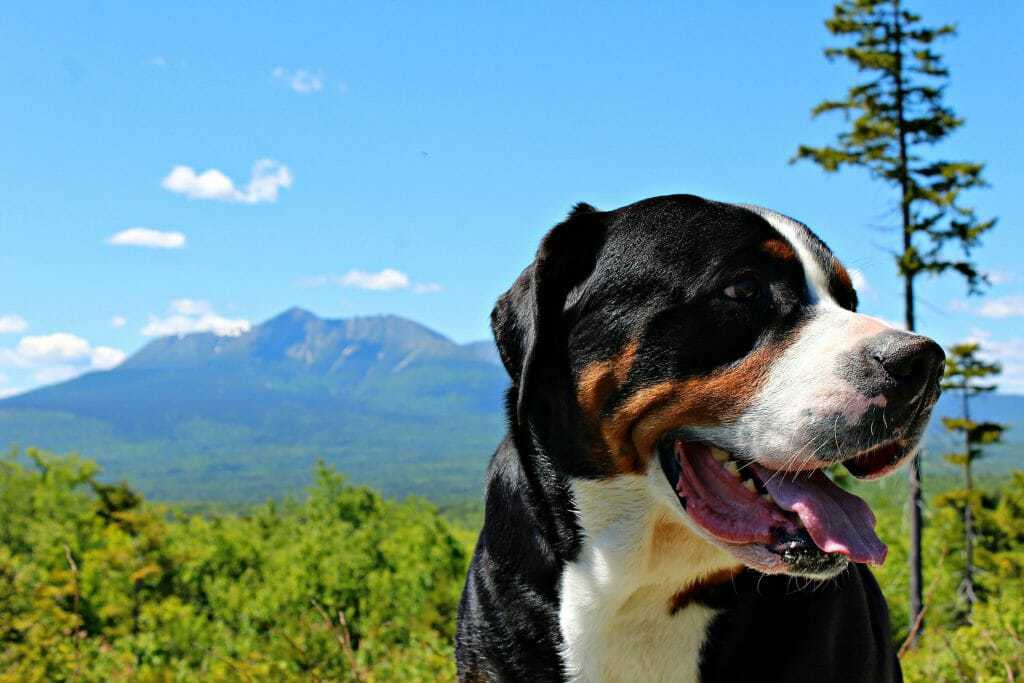 Families that live in colder climates can rest assured knowing that their Greater Swiss Mountain Dog family pet will be able to withstand long periods of time outdoors in colder weather. This is because of their heritage as being working dogs in the Swiss Alps, which itself is a relatively cold climate.

6. They Have a Relatively Average Lifespan For Large Breeds

Greater Swiss Mountain Dogs typically live for anywhere between 10 to 12 years on average, though this can vary depending on the overall health and wellness of the dog, as well as the type of environment they live in.

Most of the more common health problems that Greater Swiss Mountain Dogs can suffer from are minor in nature, and often include:

Of the major health problems that this breed may be predisposed to include canine hip dysplasia, which occurs when the bones of the hip do not develop fully or properly, causing the joint to be displaced or dislocated. This can cause pain, discomfort, and limited mobility.

While common in Switzerland and in other parts of Europe, the Greater Swiss Mountain Dog was not a common breed in North America. In fact, it wasn’t until 1968 that this particular dog breed made it overseas into the US that it became a more popular breed on American soil. In 1985, the American Kennel Club added this breed to the Miscellaneous category gave it full recognition in 1995. 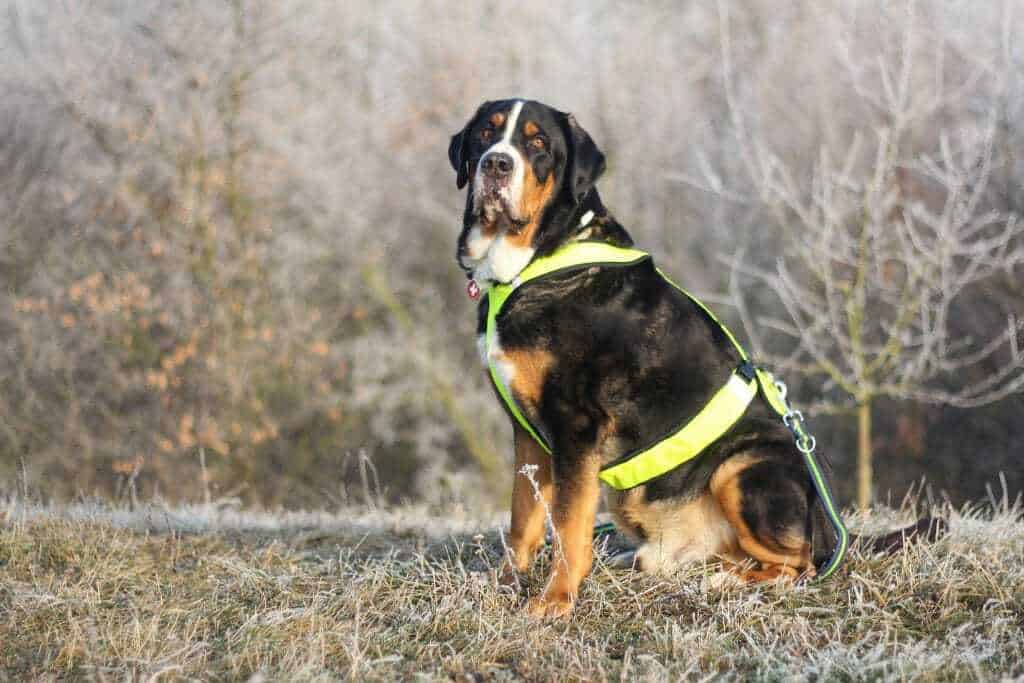 The origins of Greater Swiss Mountain Dogs stem from Switzerland, though the breed has spread all over Europe and cross-bred with others.

9. They Were Almost Extinct

The Greater Swiss Mountain Dog almost faced extinction at one point, and it is believed that a professor by the name of Albert Heim had something to do with their continued existence. The breed was originally shown to Professor Heim by a man named Franz Schertenlieb in 1908.

Professor Heim recognized the dogs as members of the big Swiss mountain dogs who were going extinct at the time. He was credited for preventing such extinction by encouraging dog breeders to breed the dogs, which inevitably led to the Greater Swiss Mountain Dog.

10. They Don’t Need a Lot of Brushing

Unlike other dog breeds with longer hair, the Greater Swiss Mountain Dog does not have to be brushed very often. Just once a week of brushing the dense outer coat should be sufficient.

However, during the seasons when they shed much more, brushing frequency may need to be increased. That said, the Greater Swiss Mountain Dog is relatively easy to groom and doesn’t require the type of attention that other breeds with different types of coats required.

The Greater Swiss Mountain Dog breed comes from the same line of breeds as the Roman Molossian and Mastiff dog breeds. Other Swiss Mountain Dogs include the Appenzeller, Bernese, and Entlebucher. It is thought that their ancestors were introduced to the Romans when Rome was invaded, while others speculate that these dogs were brought to Spain by the Phoenicians to Spain around 1,100 B.C.

12. The Breed Spread Throughout Europe

While the origins of the Greater Swiss Mountain Dog may have its roots in Switzerland, the breed eventually spread all over Europe and ended up being cross-bred with other native dog breeds. They were often known as “Metzgerhunde,” or butcher’s dogs.

Greater Swiss Mountain Dogs are fabulous dog breeds and make an excellent choice for anyone who loves affectionate and friendly dogs, is looking for some help guarding the house, and enjoys spending time in the great outdoors with a pet who will take them on an adventure.