I’ll never forget receiving a life-changing text one morning from my dad. I was nineteen years old and couldn’t wait to go home from college for Thanksgiving. My dogs, Bella and Clancy, would be so excited to see me, and I them. I loved seeing them as much as I loved seeing my mom, dad, and sister: they were part of the family and so very loved.

So the text — “Clancy died this morning” — shocked me. Clancy was devoted to my dad and he couldn’t handle calling, and my mom was a mess, too. I immediately began to weep. I knew Clancy had a tumor on her hip, but I thought it was benign — just something she’d live with until we could afford surgery to remove it for her comfort. I hadn’t known she was this close to dying.

All day, I thought about Clancy. We got her the year after my dad went into remission from cancer when I was ten years old. The experience was traumatic for me in several ways and Clancy helped heal me. I loved her very much (and still do). I thought back to the last time I’d seen her: I’d just arrived home from a summer-long trip to Europe, and I was jet-lagged and sick with a cold. I was exhausted, yet I couldn’t sleep.

So I went onto the back porch under the clear Arizona night. Bella bounded toward me, full of puppy energy. But Clancy got up slowly and stiffly walked over to me. She laid down near me and I pet her and tried to get Bella to do the same. 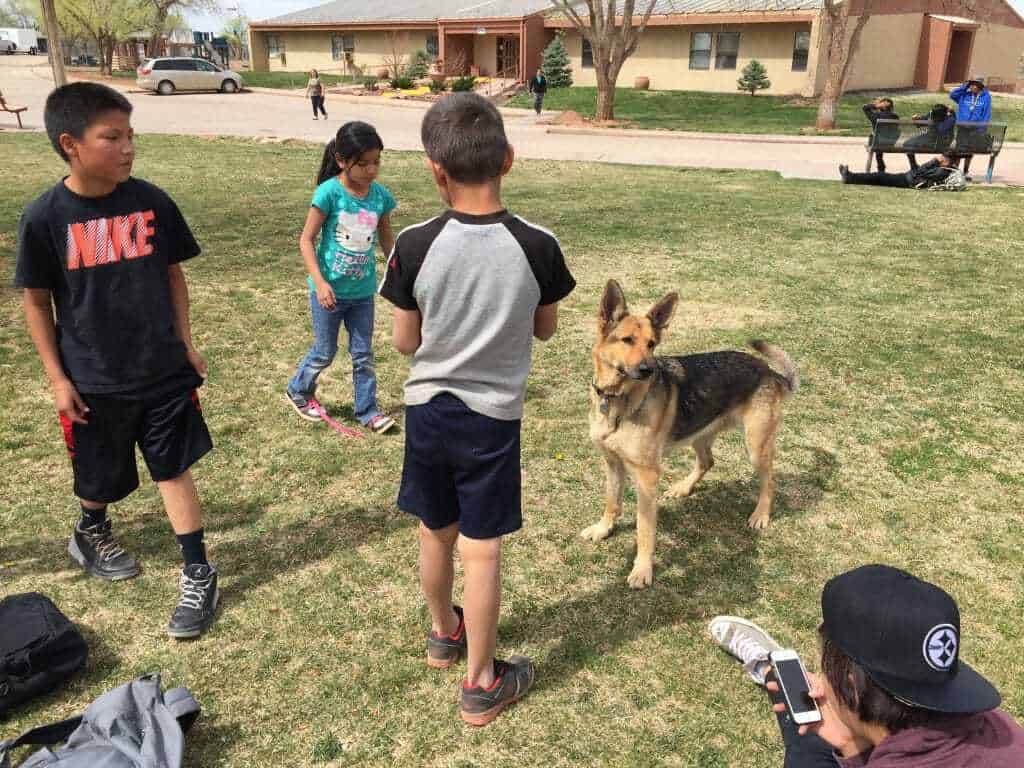 Bella loved to play with kids. She might’ve been able to play longer if she’d had a glucosamine supplement to protect her joints from damage!
My mom told me that on the day Clancy died, she could no longer get up and walk. They had to take her to the vet and get her put to sleep; she was too sick to keep living a dignified life.

Even though I know these things are all true, sometimes I wonder what would’ve happened if we’d started giving Clancy for that joint stiffness earlier. She still had a tumor to deal with, but maybe taking something like glucosamine would’ve helped her with the arthritis that, looking back, she clearly suffered from. At what age, I wondered recently, do you start giving something like that to a dog? Is Eira old enough?

Is glucosamine safe for dogs?

Glucosamine is “a natural compound found in cartilage — the tough tissue that connects joints,” according to the Mayo Clinic. In supplement form, it can help reduce arthritic pain in dogs. As a supplement, it is safe — when it contains the right ingredients and when you give the correct amount to your dog based on weight and age.

When you consider the alternative for dogs with arthritic pain and hip dysplasia — NSAIDs (non-steroidal anti-inflammatory drugs) like carprofen, which Eira took after her surgery — glucosamine is extremely safe in comparison. With long-term use, carprofen and other NSAIDs can cause kidney and liver problems. NSAIDs do the same thing in humans: back when I was in high school, I played a lot of basketball. I got used to taking two ibuprofen pills before each game. That stopped working to ease my back pain, so I started taking three. Then four. Then five. Then six. Then seven. This is a huge amount of ibuprofen to take…and one day, I awoke with stomach pain that was so horrible I had to go to the emergency room, where they diagnosed me with stomach bleeding related to NSAID overuse. I had to stop taking ibuprofen for about ten years to give my organs and stomach a break. I can take it again now, but I never take more than two capsules.

First of all, dogs CANNOT take ibuprofen or other human NSAIDS. But the effect is similar with high or long-term doses of dog-approved NSAIDs: they can get organ and digestive issues when taking these medications long-term. Even aspirin, which is safe for dogs in very low doses and for short time periods, can cause stomach bleeding and other problems.

Glucosamine is much, much safer. In fact, as long as you get it from a reputable source, glucosamine is so safe it’s got no negative side effects — and it’s almost impossible for dogs to overdose on it, although you do want to keep it out of reach because the other ingredients in the supplement could be bad to eat in large quantities. (Always call your vet if you find an empty bottle of any supplement and a guilty dog in the corner!)

The most important thing is to make sure to read the ingredients list and know what each ingredient is so that you can rest assured that your dog is getting what is helpful.

We’ve done some of that work here for you with our top three glucosamine supplements for dogs.

Cosequin DS Plus Tablets for Dogs

These are Eira’s favorite supplements, and ours too. Why? Because she actually eats them! 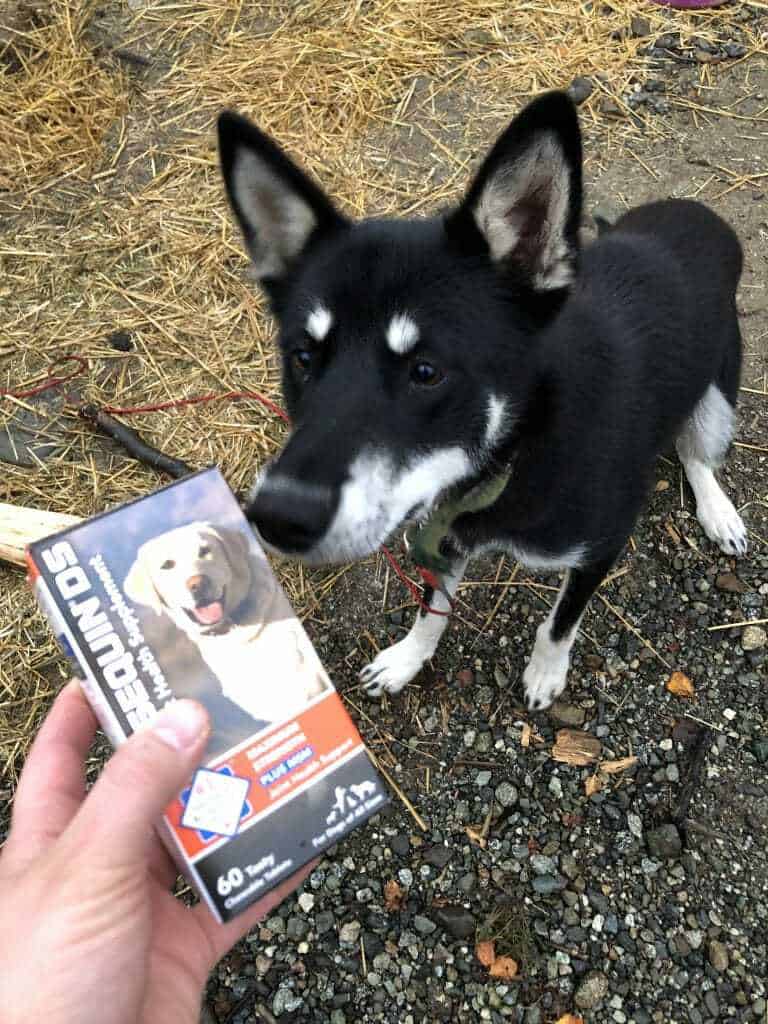 Eira and her Cosequin glucosamine tablets.

She’s been taking them since she was spayed about a month ago, but only on the “maintenance schedule” as noted on the packaging. 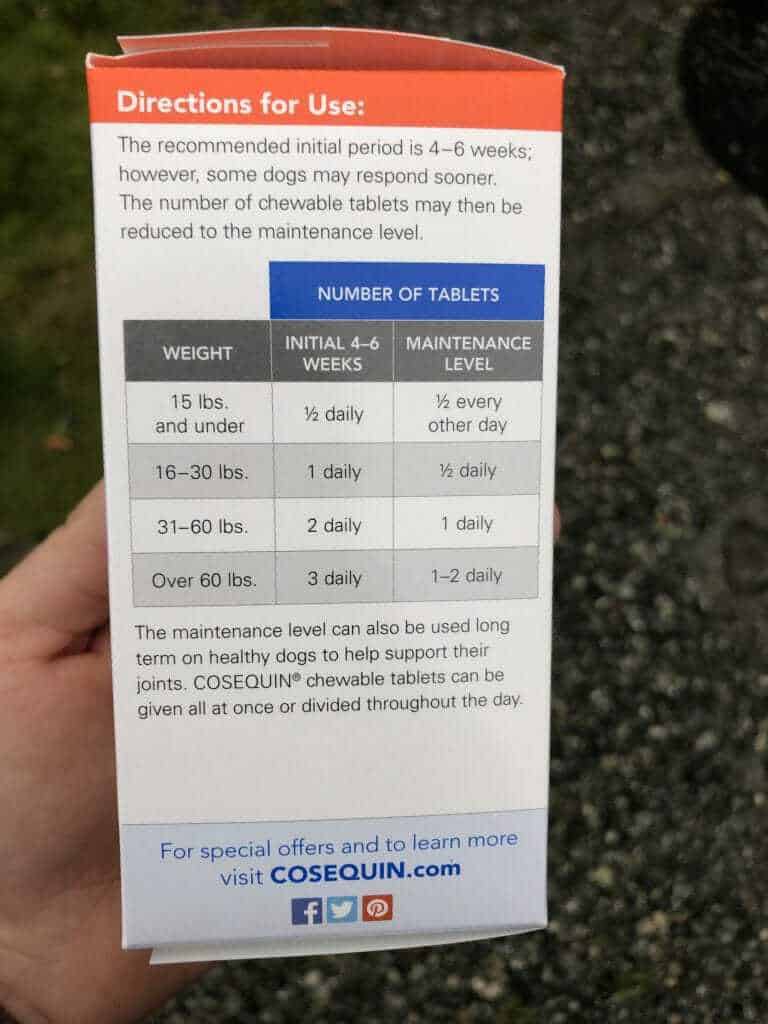 Cosequin has a helpful chart to show you how much glucosamine to give your dog based on your dog’s needs.

This means she only takes one tablet every other day or so, because she’s still a young dog. But because she’s an Alaskan shepherd, a mix of two large-breed dogs (Alaskan malamute and German shepherd), I want to make sure her joints stay healthy. Cosequin glucosamine contains the following ingredients per each tablet:

We love the Cosequin tablets, and they’re an affordable addition to any dog’s diet. They will help your dog’s joints stay smooth and comfortable throughout life if you start giving them to your dog now, even if they’re only one year old, like Eira! If you have an older dog who struggles with joint pain, glucosamine and chondroitin are easier on their systems than giving daily pain medication like aspirin or an NSAID. As my dog Bella got older and started to have issues with limping, I would give her about a week or two of rest from playing (difficult for both of us!) and slip a tiny amount of dog-safe aspirin into her food each day. Now, I wish I would have just given her a Cosqeuin glucosamine supplement. I believe it would’ve helped her immensely! 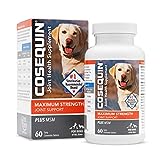 Several of Eira’s elderly canine friends (and their parents) swear by these. Produced and made in the USA, Doggy Dailies Glucosamine for Dogs are chicken-flavored soft chews that ease your dogs’ pain after a month of continuous use (which is true of all glucosamine supplements — it takes time for them to work their magic, so be consistent in giving them to your dog every day if needed.)

What’s really fantastic about these chews is that they’re made in the USA in a FDA-certified facility, and then are tested by an independent lab for quality assurance. This means that they are a little more expensive, but still very reasonable for any budget–especially if your dog is suffering from arthritis, hip dysplasia, or other joint-related pain.

The ingredients in Doggy Dailies are, per one chew:

Together, these ingredients work hard to keep your dog feeling energetic and mobile again, even after a long bout of suffering from joint disease. Even better, the delicious chicken flavor guarantees that your dog will consider this a treat, not a pill. 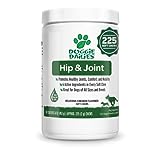 Like the Doggy Dailies, these So Hip & Joint Glucosamine supplements are chicken-flavored soft chews, but they have slightly different ingredients (though many are the same).

Per two soft chews, these have:

This supplement focuses less on chondroitin, yucca schidigera, and hyaluronic acid and more on hemp seed oil and powder and green lipped mussel. Hemp has wonderful pain-relieving properties, so including it in this glucosamine supplement is helpful. 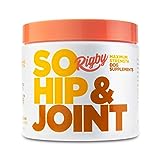 Whatever supplement you choose, make sure the ingredients are actually benefiting your dog. Find out where your product was made and see if any independent lab tests were run on it. And make sure you stick with a glucosamine supplement for several weeks before expecting results. It takes time for the ingredients to be absorbed into your dog’s body and joints! 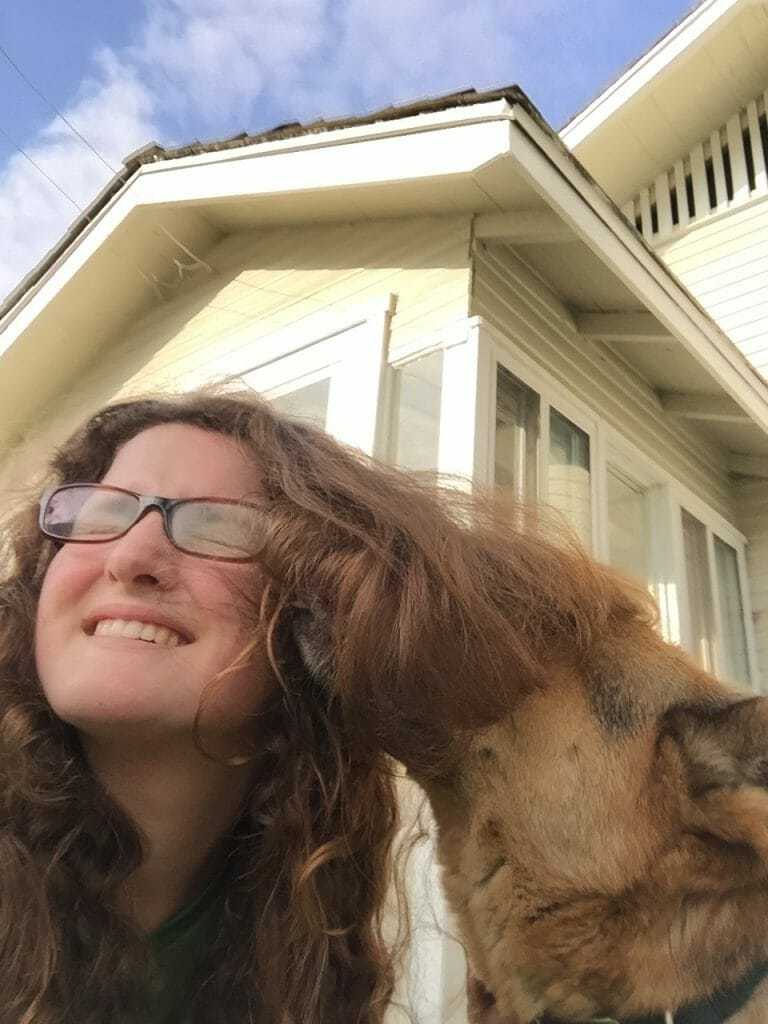 Glucosamine can help your dog feel better and more likely to give you sloppy puppy kisses even as an older dog! 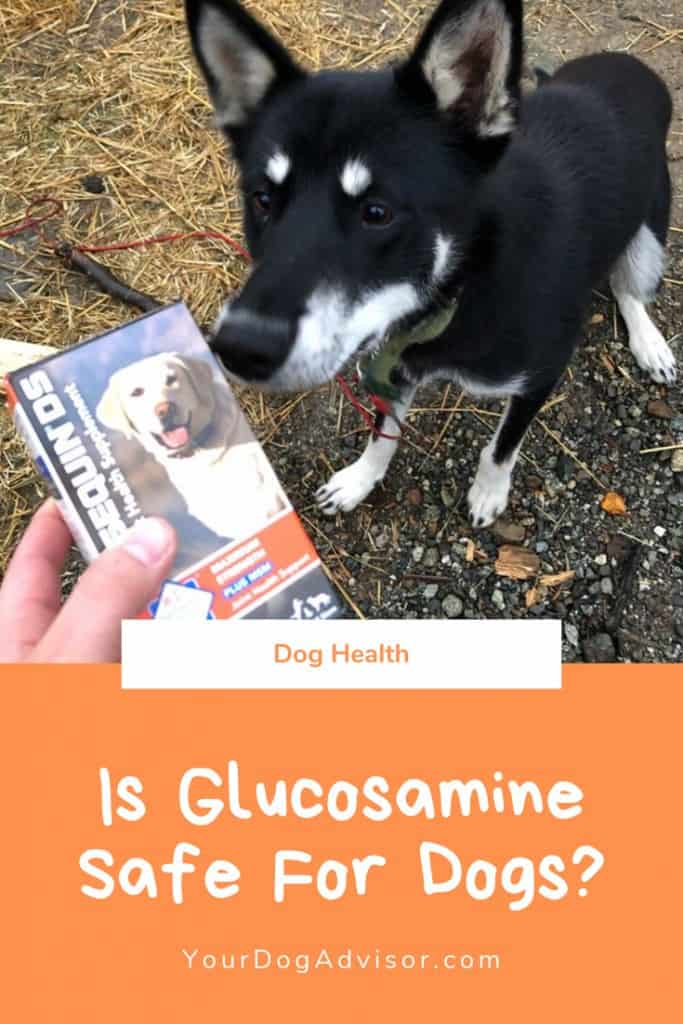