Living in South Florida, just a few miles from the Everglades, I witness the wonders of nature in my backyard daily. From the herons and egrets that feast on the mollusks in our lake, to the iguanas and turtles that sun on our seawall, I never know what creature will pay a visit. 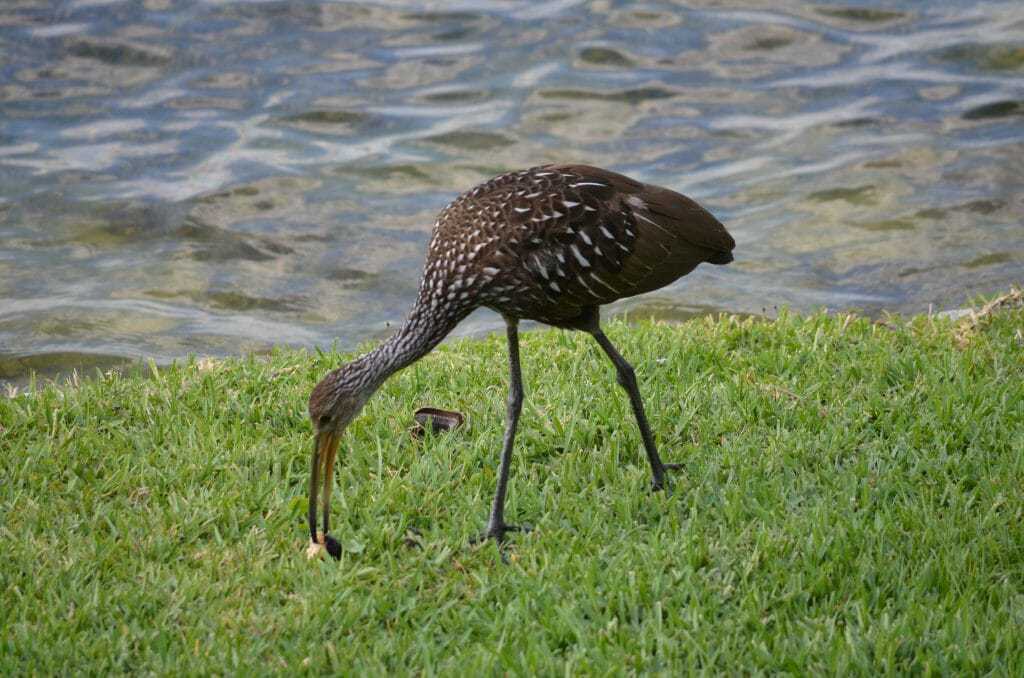 Wading birds feed on mollusks in my backyard.

Living here also presents many challenges. My dogs, English Cream Golden Retrievers Jake and Koda, think birds are to be barked at and iguanas are to be chased. None present much of a danger, as they usually take off running long before any damage can be done. 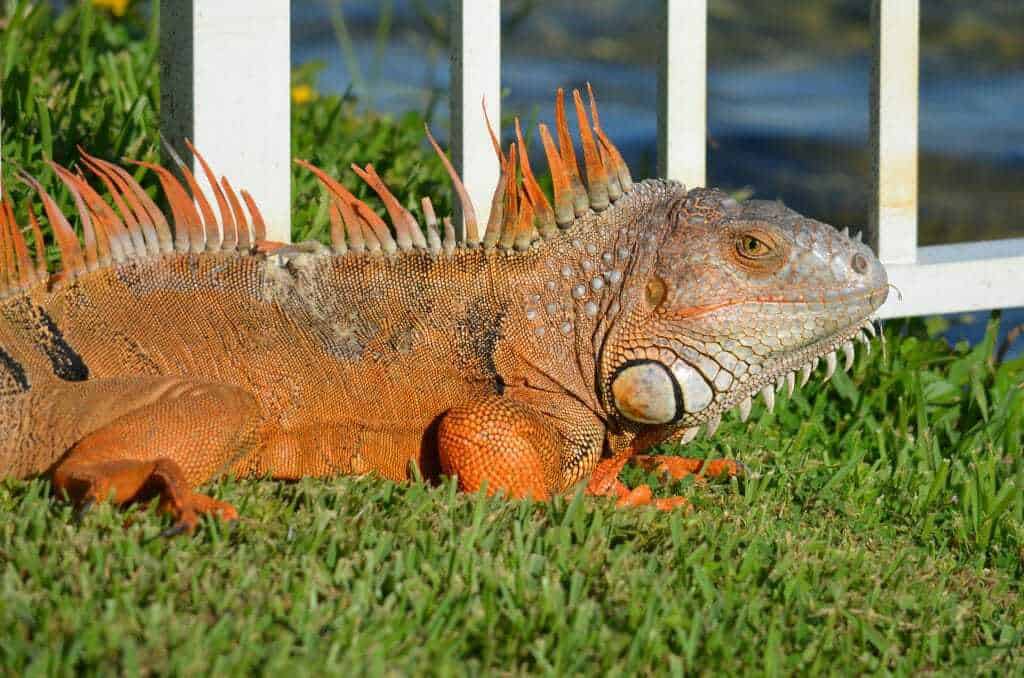 One of the many non-native iguanas that visit and sun in my backyard.

But there is one creature I both fear and loathe, the Bufo toad. Also known as the Cane or Marine toad, this non-native species has presented a danger to dogs since they invaded the Sunshine State in the 1950s. Even a small amount of toxins that these toads secrete can be enough to kill a dog.

(Cutline: The Bufo toad looks like a Southern toad, but it secretes a toxin that can kill your dog or cat)

When it comes to toxicity, it’s toads, not frogs that you should be concerned about. While eating a frog can make your dog sick – causing vomiting, diarrhea and lethargy – it generally will not kill them. Toads, on the other hand, can be deadly, even if your dog simply licks or bites it, but does not ingest it. When they feel threatened, these toads secrete a venom (bufotoxin) from their parotid glands that can kill.

What Toads and Frogs are Toxic to Dogs

There are two common species of toads in the U.S. that are most toxic to pets, the aforementioned Bufo toad and the Colorado River toad, also known as the Sonoran Desert toad.

The Bufo toad has become somewhat of a plague in Florida. Once found mostly in the southern part of the state, they are making their way up the Florida coast. Bufo toads also can be found in Texas and Hawaii, as well as in other parts of the world such as Australia.

Originally from South America, The Bufo was introduced into the U.S. to control insects that plagued sugar cane crops. In the 1950’s a pet dealer is reported to have accidentally released more than 100 of them. Florida’s warm weather and summer rains have made it the perfect breeding ground for these creatures. A female can lay hundreds of eggs at a time. When the rainy season starts, it’s not unusual for us to see dozens of these tiny toxic toads in the making hopping about. This is the best time to capture and dispose of them, before they get big enough to do damage.

Bufo toads are tan to reddish-brown, dark brown or gray with dark spots on their back. They are generally four to six inches, though I have seen larger ones. Their large parotoid glands are triangular in shape and unlike Southern toads, which are native to the southeastern U.S., do not have a ridge on their head.

The Bufo or Cane toad secrets a venom that can kill your pet. This one visited my back patio.

The Colorado River toad is native to Arizona and can be found in the southwestern United States and northern Mexico. Although they prefer dry habitats, they are more prevalent during the monsoon season when they mate. Like the Bufo, generally come out at night to feed, mate and lay their eggs. The Colorado River toad is the second most toxic toad, behind the Bufo. They are anywhere from three to seven inches in length, with olive green to dark brown smooth, shiny skin covered in warts including a white one at the base or corner of their mouth. 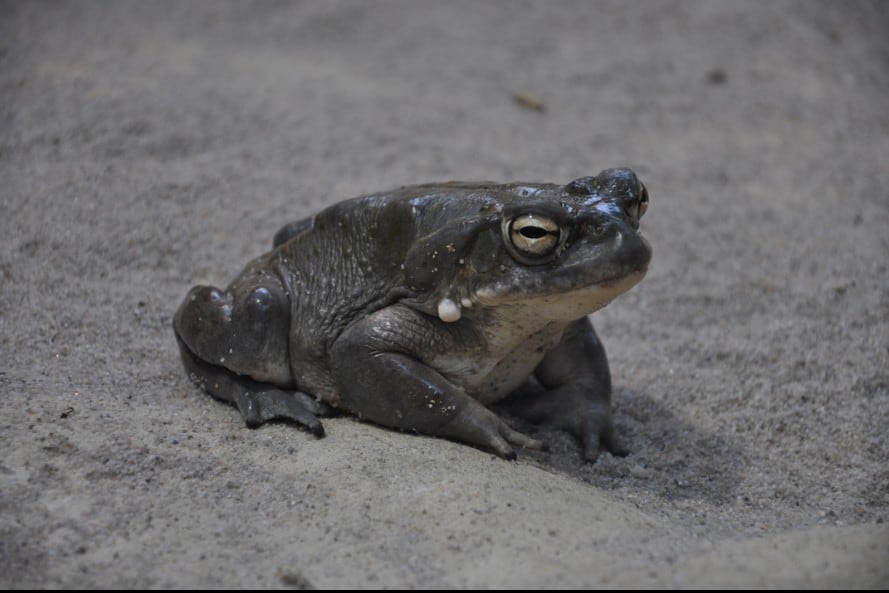 The Colorado River toad is the second most toxic toad, behind the Bufo.

How to Prevent Your Dog From Getting Hold of One

Toads tends to look for cool, moist places and often will spend the heat of the day incognito. I have encountered them under garbage cans, hiding in bushes and even in the downspout of a gutter. They prefer the nightlife, and some evenings I have seen as many as a half-dozen hopping about in my backyard in search of a meal.

Their diet is varied and they will eat anything from bugs to dog food, so it’s a good idea not to leave any dog food or water out where your dog might encounter them. Dogs can even be poisoned by drinking water that a toad sat in.

To keep your pet safe, it’s best not to put them out in the early morning or after dark when the toads are most active. If you must put out your dog, keep a close eye on them. I generally go out first and scan my backyard with a flashlight. If we go out, I put my dogs on a leash. Koda is less likely to chase a toad, but for Jake, who chases just about anything, I put a muzzle on him.

How to Get Rid of Toxic Toads

Many people have many ideas about how to rid their yards of toads. Some people swear by placing mothballs around their yards as a deterrent. But that presents another problem as mothballs can be hazardous to your pet if ingested. Others suggest using salt to deter them or spraying a mixture of water and salt directly on them to kill them. I can tell you from personal experience that doesn’t work. I have attempted to scoop them up with a shovel and throw them in our lake, but they just come back. My pet sitter, who is much braver than I, catches them in plastic containers and places them in the outdoor trash. Another way that is said to be more humane is to catch them, put them in a plastic bag and freeze them. Just don’t mistake one for leftovers. Or, if you are squeamish like me, there are companies that will come out and rid your yard of them.

Jake wears a muzzle when he goes out because he picks up everything in his mouth.

What Should You do if Your Dog Gets One?

If your dog gets hold of a Bufo, quick action is key. Immediately rinse out your pet’s mouth either with a hose or a wet cloth to remove any toxins. If you use a hose, make sure that you are flushing the mouth and that the water drains down and out. Do this for five to ten minutes. Do not let your dog swallow the water. Wipe the inside of your dog’s mouth repeatedly including the gums and tongue. Signs of toad toxicity happen fairly quickly, sometimes within five minutes, and you should consider it an emergency. Time is of the essence, so get your dog to the vet or emergency clinic as soon as possible. Do not wait!

Can Your Dog Survive Toad Toxicity?

Timing is everything, dogs can survive, but it’s going to depend on how much of the toxin he or she has ingested, the size of your pet, and how quickly you detect that they have gotten hold of a toad.

The best way to keep your best safe is to monitor them closely when they are outside. Don’t let them sniff under bushes and in areas where toads are more likely to be hiding. Avoid walking them at times when toads are active, in the early morning or late at night. Taking a few precautions can mean the difference between life and death of your pet. 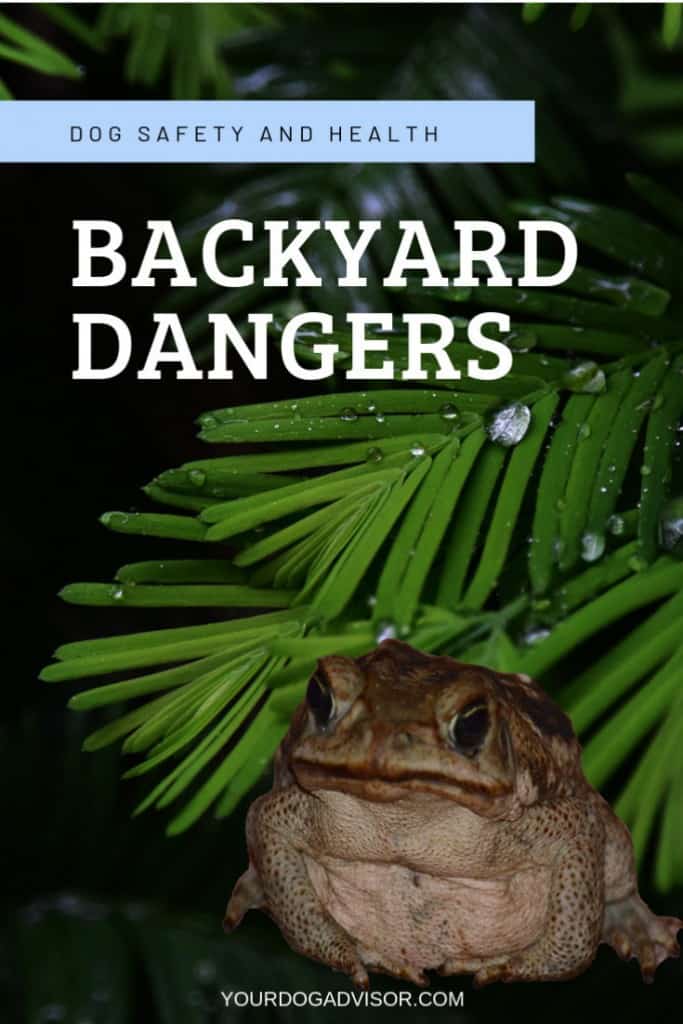