I have always owned Golden Retrievers, the “American” kind. They have ranged in color from light gold to a deep reddish brown. It wasn’t until a few years ago that I stumbled upon the English Cream Golden Retriever.

I was intrigued by the look of the English Cream Golden Retriever and wondered how different they were from their American cousins that I had grown to love. Five years ago, Koda came into my life, two years later, we welcomed home his brother Jake.

Like the American Golden, English Golden Retrievers are intelligent, loyal and eager to please. In fact, as you will learn they have more similarities than differences.

While the lighter variety are still referred to as simply “Golden Retrievers” around the rest of the world, the United States and Canada refers to them as “English Cream Golden Retriever” to differentiate them based, not only on their lighter cream colored coat color, but also on other features.

Aside from the cream colored coat, the English Cream Golden Retriever tends to have rounder eyes, a broader head, a straighter top line and a stockier build than the American Golden. 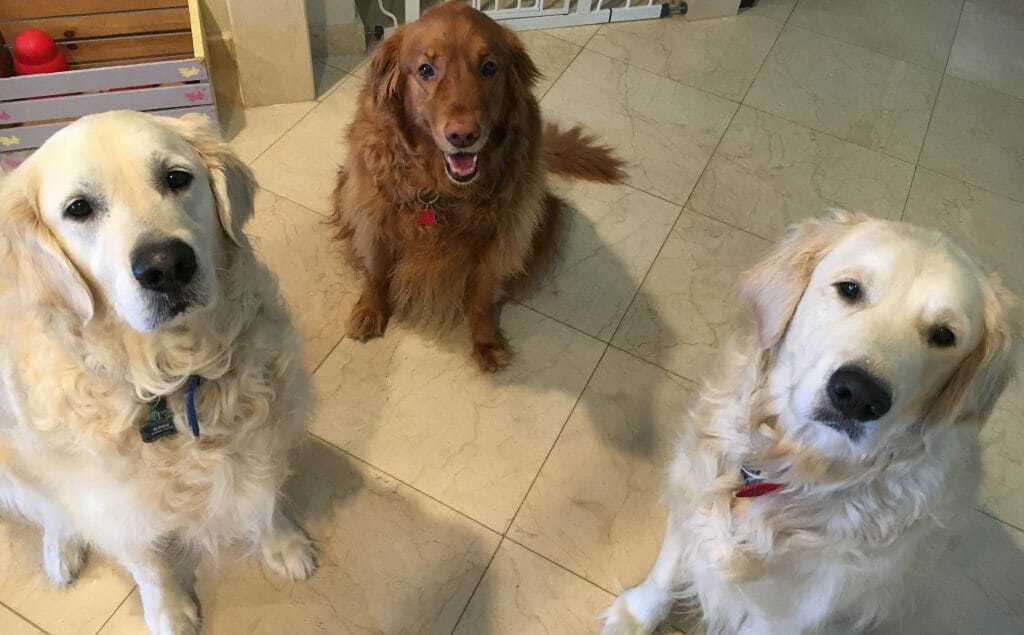 Left to right Koda, Taylor and Jake. English Creams differ in appearance from American Goldens not only in color, but in other features.

A Retriever By Any Other Name …

If you’ve purchased a Golden Retriever, then you know they can be expensive, especially if you buy one from a reputable breeder and they have their American Kennel Club papers. Unfortunately, there are some breeders who charge more for the English Cream Golden Retriever because “they are more rare” than their American counterparts. Truth be told, while you are likely to see more American Goldens than English Creams in dog parks around the country, that is not a good reason for them to cost more. More important than color is a Golden’s bloodline. If you plan to add one to your family, ask the breeder to see the parents and, if possible, to see their paperwork. 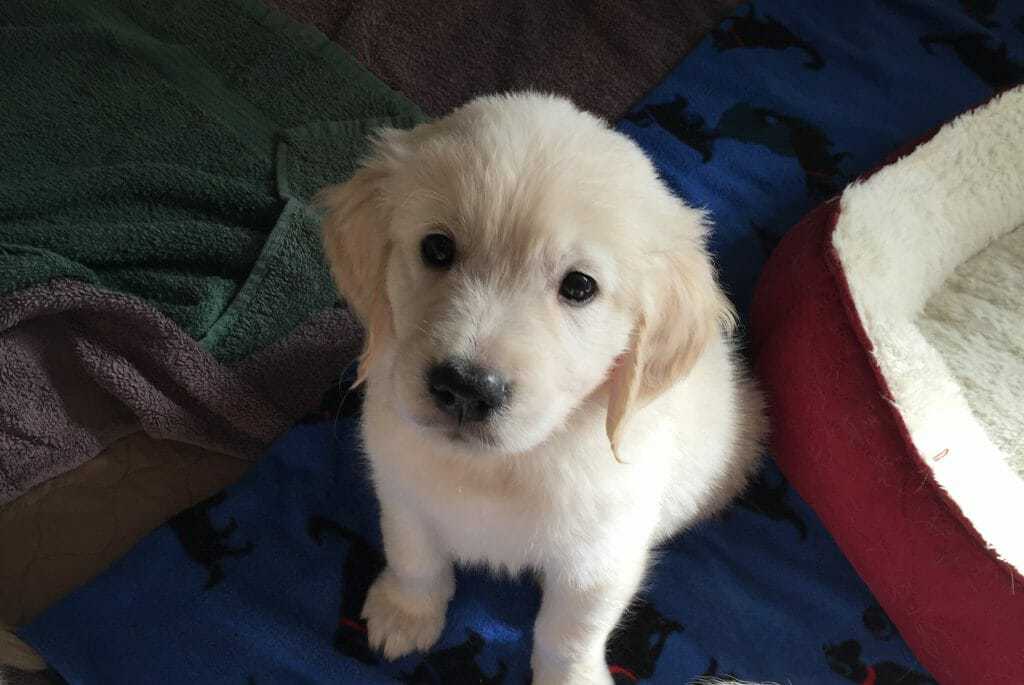 Jake, an English Cream Golden Retriever, was purchased from a reputable local breeder who had parents on the premises and whose paperwork reflected his AKC breeding history

English Cream Golden Retrievers Are Not From England

Despite their name, English Creams actually trace their roots back to Scotland, along with their American Golden counterparts. According to the AKC, the Golden Retriever can be traced back to Lord Tweedmouth who bred a Wavy-coated Retriever named Nous, to a Tweed Water Spaniel named Belle. The English Cream was first bred in North America and descended from dogs coming from Europe, Scandinavia, New Zealand and Australia. 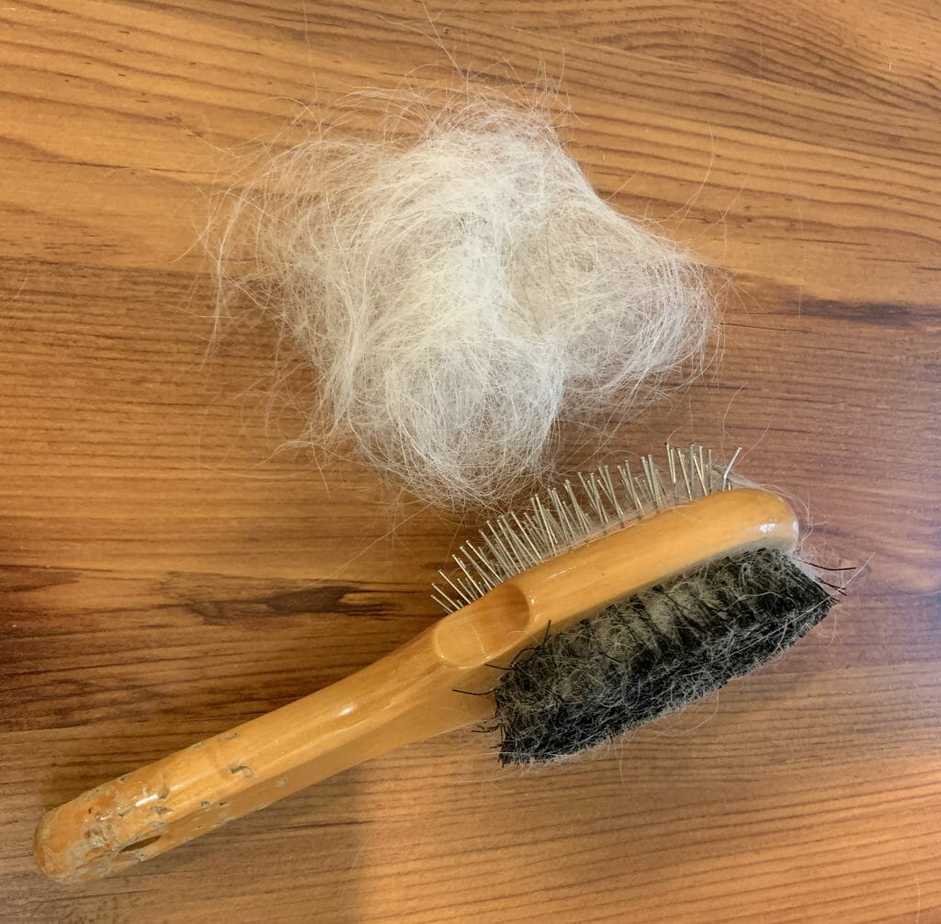 Most long-hair dogs shed. Regular brushing is important to keep the fur of the English Cream to a minimum.

Like all Golden Retrievers, the English Cream is eager to please, which makes them fairly easy to train. It’s also one of the reasons Goldens are among the most popular dogs, coming in at No. 3 on the list of most popular dogs in the U.S.

Like people, dogs have different talents. Jake can catch a treat in mid-air, while Koda simply does not have the paw-eye coordination it has to accomplish this feat. On the other hand, Koda is significantly better at responding to the “lie down” command than his younger brother.

As with any dog, start training early, six to eight weeks is a good starting point. Remain consistent and use rewards and positive reinforcement. Never use punishment to train. You will be surprised just how quickly this breed can learn. 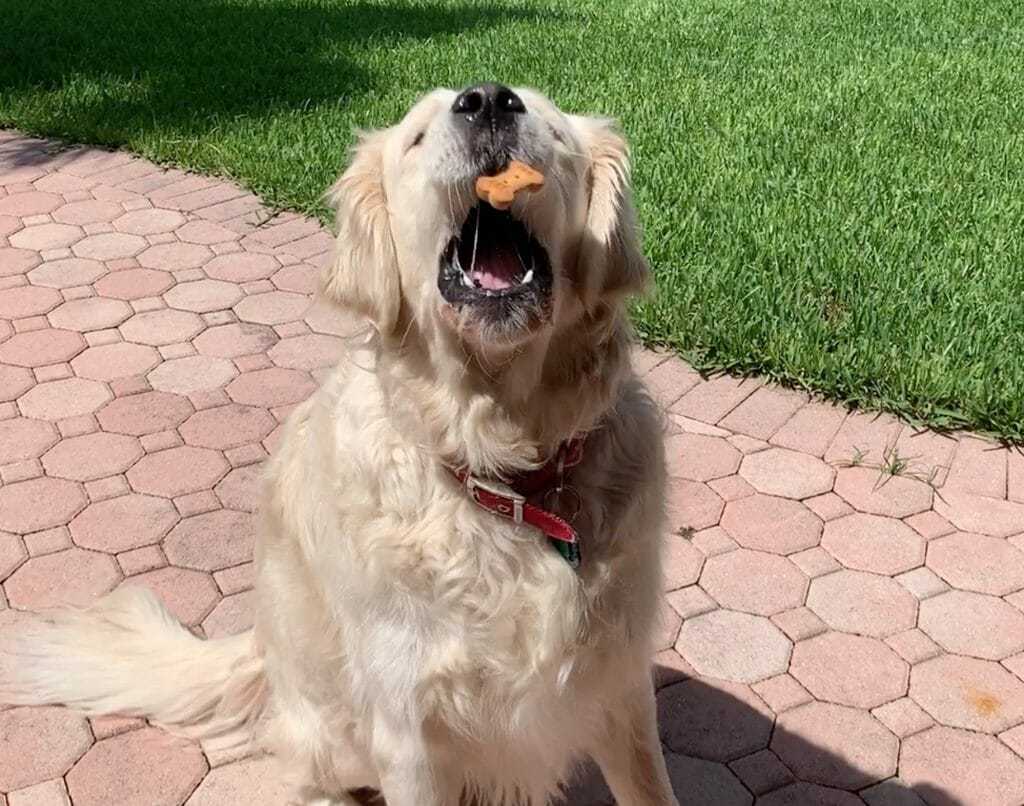 English Creams are quick studies. Jake is a master at catching cookies in mid-air.

Many big dog breeds are prone to hip-related problems and the English Cream is no exception. Hip and elbow dysplasia are inherited health issues. Sadly, the English Cream also has a high rate of cancer, though not quite as high as the American Golden Retriever. A study conducted in 1998 found that a little over 60 percent of American Goldens died from cancers, while a British Kennel Club Health Survey found that only about 39 percent of English Creams were impacted by cancer. When it comes to cancer, however, there are no guarantees. Generally speaking, you can expect your English Cream to live up to 12 years. 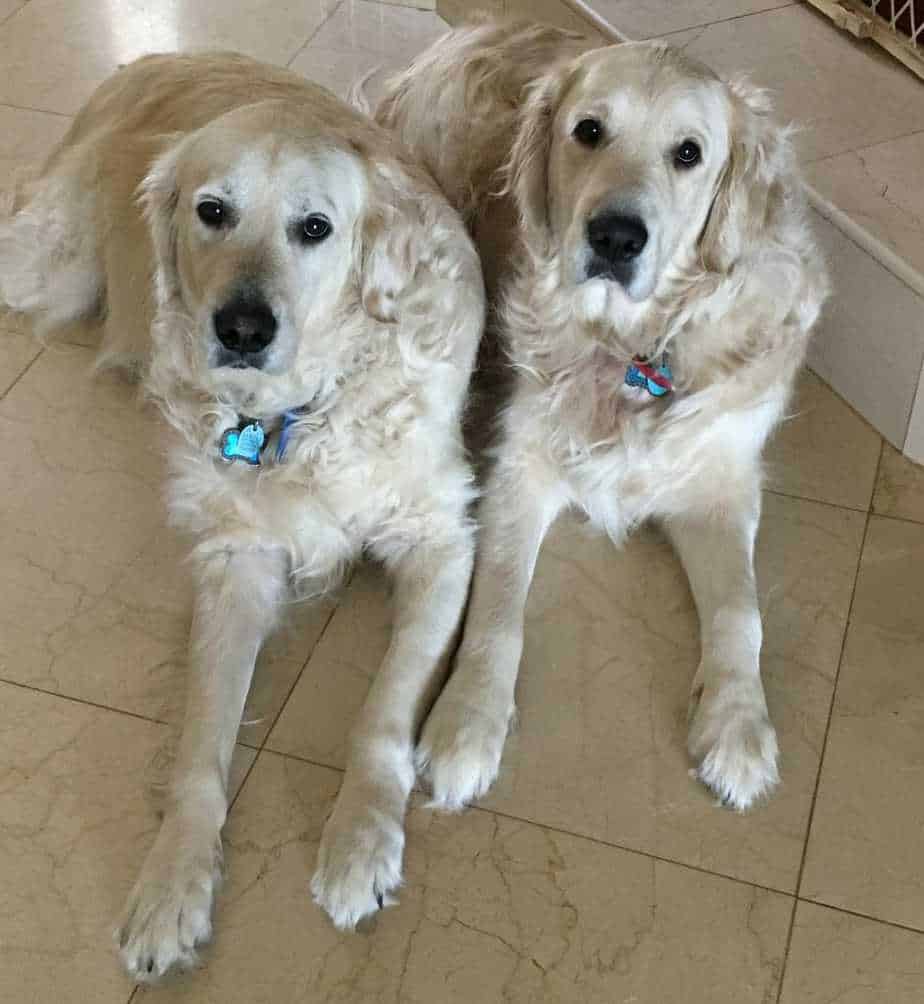 Koda (left) and Jake (right) are biological brothers from different litters. Koda is five and Jake is three. Their life expectancy is 10 to 12 years.

These are Mouthy Dogs

If you own an English Cream, you will quickly learn that teaching them the “drop” command is critical. They were bred to retrieve and they do it quite well, even when not asked to. Retrievers have “soft mouths” so they can carry things without breaking them, such as raw eggs. There was even an “egg challenge” going around that people conducted to show just how gentle they can be. Though gentle, they often also don’t like giving up their prey. So while they probably won’t tear up your favorite pair of heels, getting them back can also prove to be a challenge sometimes.

Gentle, intelligent and always looking to please, English Creams make great family pets, even around young children and other pets. English Creams have a sweet temper and love a good belly rub. Despite their size, they won’t think twice about trying to climb in your lap. In my experience, English Creams are a bit more mellow than American Goldens.

Don’t Expect Them to Protect Your Valuables

Don’t expect your English Cream to serve as a watchdog. These dogs are more likely to show a burglar where you keep your valuables. That said, however, they do have a healthy bark and can serve as a deterrent if a prowler comes around.

English Creams, like American Goldens make great family pets. If you’ve been considering adding one to your family, be sure to find a reputable breeder and don’t get fooled into paying more than for an American Golden based on color alone. 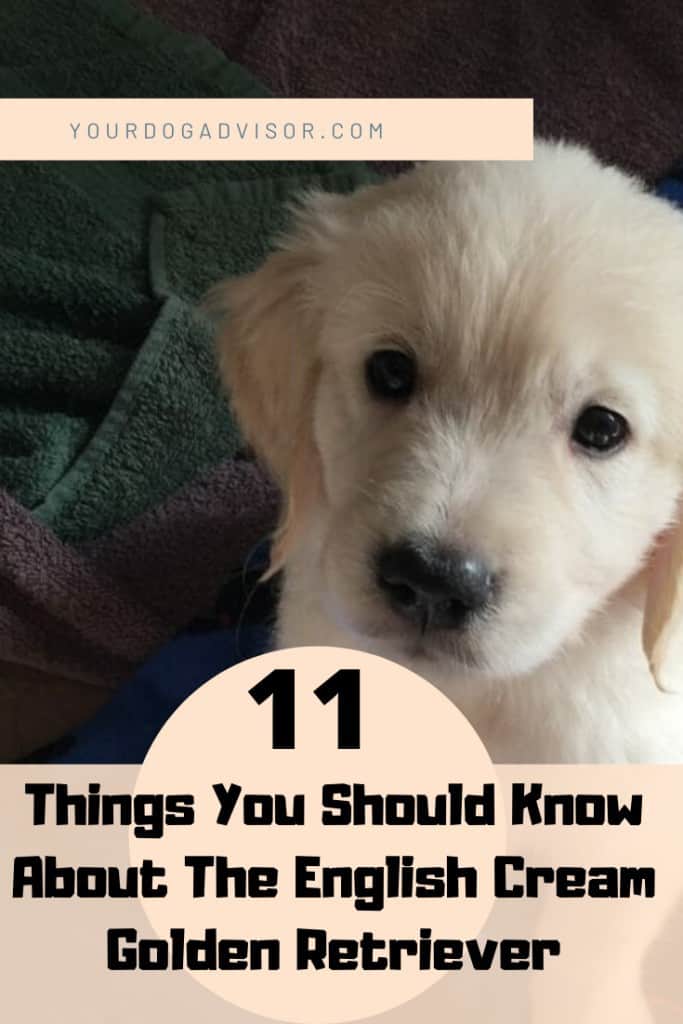