For many people, the Spanish Greyhound is an acquired taste. Their gangly limbs, elongated snouts, and odd mannerisms might seem foreign to people who have never handled them before. However, most people who have owned greyhounds swear by the breed.

Like most sighthounds, Spanish greyhounds are sensitive, mild-mannered dogs. Cruel treatment can seriously impact them, and they can easily become frightful or nervous.

When treated kindly, even retired racers can blossom into happy, loving pets. They’re extremely versatile, and are equally happy with a big yard or a soft bed. 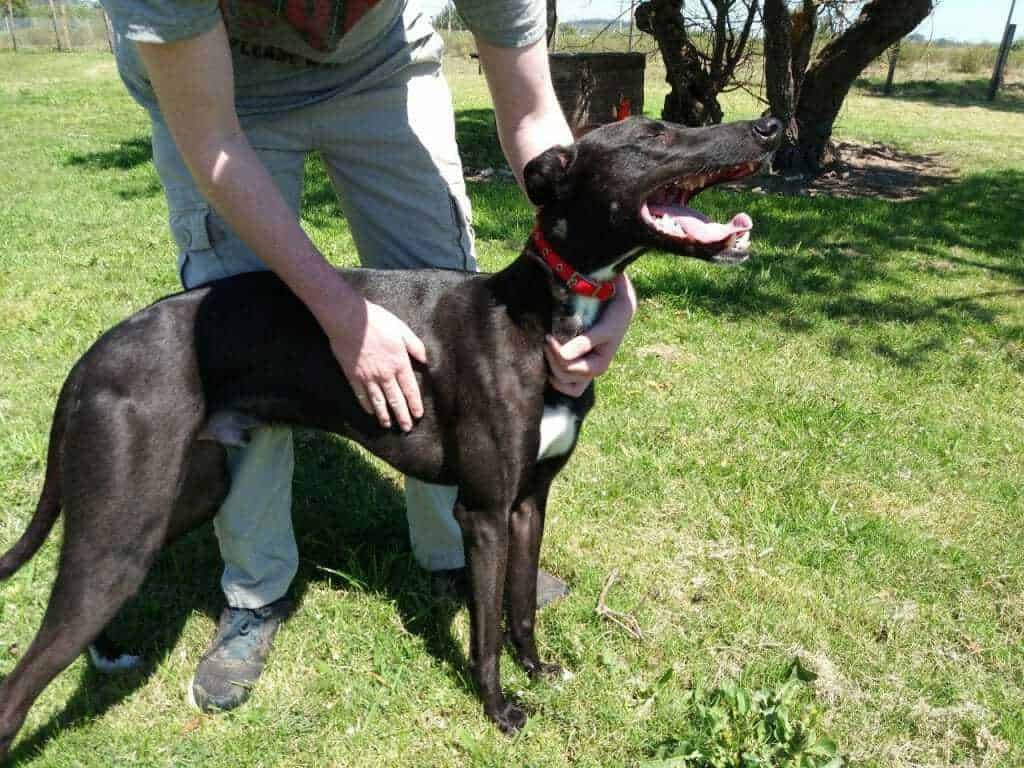 A galgo enjoying the sun. They can fit in anywhere, whether it’s a small apartment or a giant ranch.

If you’re interested in adopting a greyhound, or just want more information about the breed, here are eleven things you should know about the Spanish Greyhound.

The Spanish Greyhound, or Spanish Galgo, is one of the oldest dog breeds in the world.

Dating back centuries, the entire sighthound lineage traces back to the ancient galgos used by the Celtic, Roman, and Spanish people. Galgos were highly prized for their speed, agility, and excellent eyesight, and most were owned by aristocrats who used them as hunting dogs to hunt hares.

In Spain, they were so highly prized that the crime of killing someone’s Spanish Galgo was punishable by death. Galgos were later bred to create other breeds, like the English greyhound and the smaller, more timid Italian greyhound. 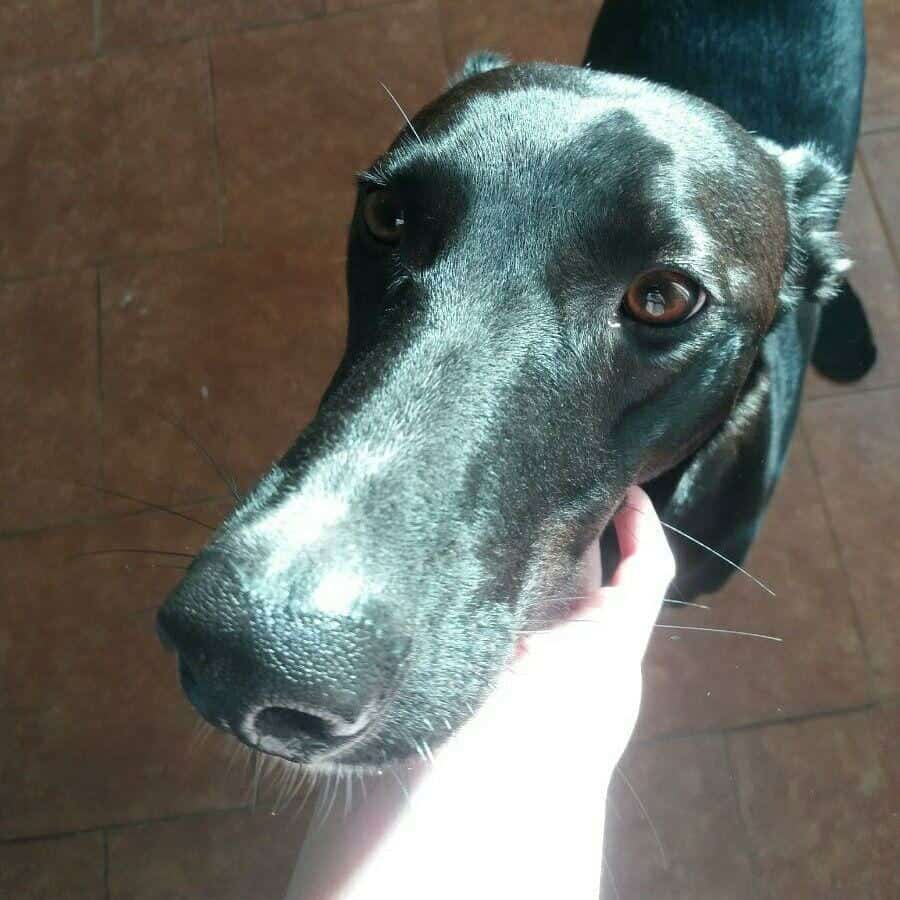 You have a lineage tracing back centuries…

As the fastest dog breed in the world, galgos can reach speeds of 45mph. However, they must be trained to reach full potential, and few galgos reach those speeds outside of racing or hunting.

They are not endurance runners, and tire out easily. Oftentimes, they’ll play intensely for ten minutes, and become a “couch potato” for the rest of the evening. After a leashed walk, run in the yard, or vigorous play session, they’ll be ready to bed down for the night.

As mentioned above, the galgo doesn’t require excessive exercise. They also don’t need a lot of space, and are happy lounging on a couch or chair.

If your galgo is nervous or prey-driven, it is recommended that you muzzle-train them before you begin walking them.

While they rarely fight with other dogs, some Spanish greyhounds are easily threatened. They might also take off to chase down prey. This is not their fault; they have been bred for centuries to chase small game.

They have no road sense.

This is another reason to keep your Spanish greyhound on-leash. While they are loveable, loyal pets, they are not highly intelligent dogs. They don’t understand that the road is dangerous, and not every driver will be able to stop in time.

If you have a yard, make sure you have a high fence. Galgos are notoriously skilled jumpers.

It is also important that you use the proper collars, halters, and leashes while walking your greyhound. If your dog becomes scared or anxious, they might try to back out of their collars or halters and run away.

A greyhound will always outrun you, and it might be too late by the time you reach them.

Over 85% of galgos have a blood type that is compatible with all 12 other types of dog blood. Greyhound blood is also rich in red blood cells, which is important during a transfusion.

This makes them valuable resources for veterinarians, who are almost always in need of spare blood. If you own a greyhound, try speaking to your veterinarian about potential blood donor opportunities. Some offices will even add you to a list in case they need an emergency transfusion. 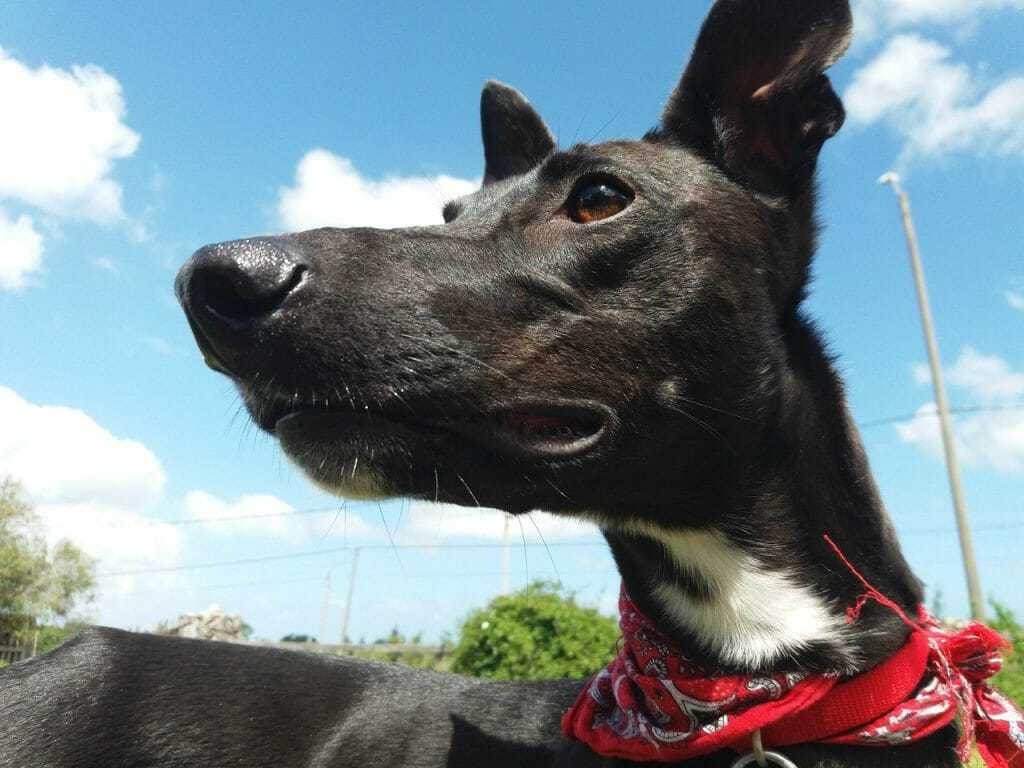 Who knows, maybe your galgo’s blood will save a dog’s life — and who doesn’t want their dog to be a hero?

It’s a common misconception that the Spanish greyhound and other sighthounds aren’t affectionate. While every dog is different, many galgos prove this stereotype wrong. Plenty enjoy cuddling and playing with their chosen human, and others might express their love in other ways.

Some galgos show affection by leaning their body weight up against your legs, standing on you, or putting their paws on your shoulders. If they enjoy your company, they might even fall asleep on your lap.

As hunting dogs, some greyhounds have strong “prey drives”.

Because they’re bred to race and hunt, the Spanish greyhound has a strong “prey drive” that encourages it to chase small animals. While many galgos are fine with cats and small dogs, others might display aggression towards them due to their size.

It’s best to play it safe and muzzle your galgo if you plan on taking him to a dog park. Those with cats should avoid adopting fully-grown galgos if they don’t know their temperament.

You can’t leave greyhounds in the cold.

Like their English and Italian counterparts, the Spanish greyhound lacks body fat and a thick coat. Some even experience greyhound-pattern baldness, where the fur on their chest and tummy will grow in like peach fuzz instead of actual fur.

Jammies are the solution. While dog-pajamas might seem silly or performative, they’re a necessity for the Spanish greyhound. If you’re cold, your greyhound is probably cold too. 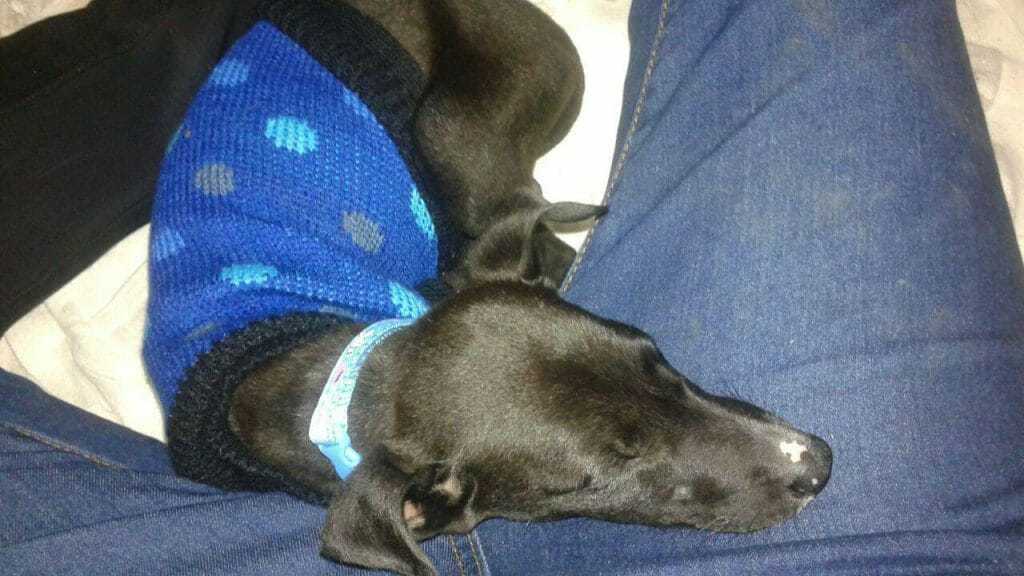 “Zoomies” happen to the Galgo – make them safe.

“Zoomies” are when your greyhound gets riled up. Sometimes this is triggered by external factors, and sometimes they just get excited.

Don’t get angry at your greyhound when they zoom; it’s just them expressing their zest for life. These bursts of energy are usually short-lived, and they’ll tucker themselves out quickly. Just make sure nothing can become broken or displaced while they’re zipping around.

While the Spanish greyhound can bark, this is more of a learned behavior for them. If a greyhound lives with other dogs, they might bark more than a greyhound who grew up in isolation.

Regardless of their background, many galgos will vocalize in unique ways. Throaty howls (or “roos”), grunts, and whines are common galgo español noises. Many will even talk, making “blah blah” sounds with their mouths.

Some galgos can even be trained to do this on command!

The Galgo is one of the most mistreated dog breeds in existence.

Alongside “bully” breeds like pitbulls, the Spanish greyhound is one of the most cruelly abused dog breeds in the world. It’s the sad fate of thousands of racer-hunters that they’ll spend most of their lives in cages. After their career is over, most of them are shot, starved, or hanged. The Galgos del Sol rescue organization has cared for many of these dogs.

This is a far cry from the royal treatment galgos used to receive in ancient times. However, you can give a Spanish greyhound the love and affection they deserve by supporting organizations like Galgos del Sol. Think about how much you’ll brighten each others’ lives! 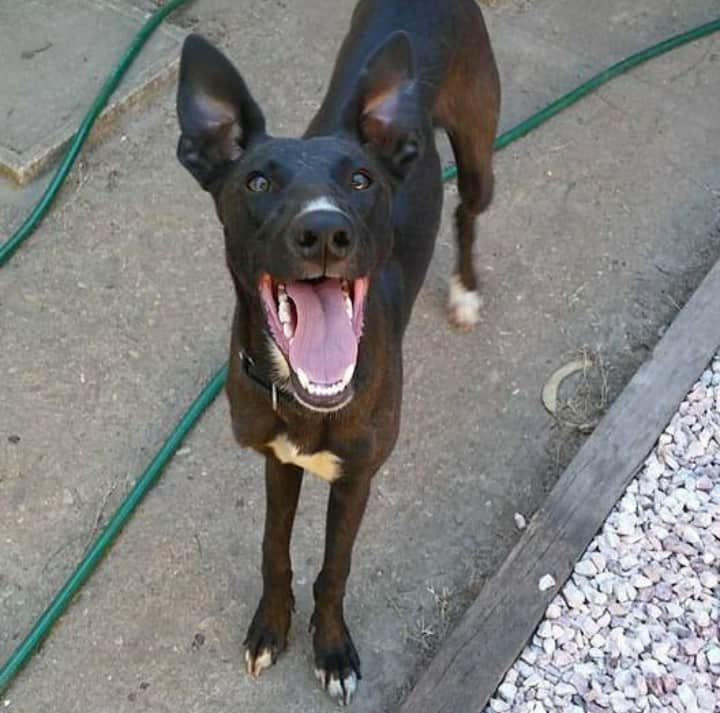 Toothless, or “Tophy”, giving a big smile after his first birthday. Look how happy he is to have a home!